Attacks with or without a reason against the Ecumenical Patriarch have been carried out for a long time by the head of the Moscow Patriarchate department for external church relations, Metropolitan Hilarion of Volokolamsk.

At the same time, aiming at discrediting the Ecumenical Patriarch Bartholomew, mainly in the inner audience, Metropolitan Hilarion now uses communication tricks that are more reminiscent of populist politicians than hierarchs.

In the most recent example, the Metropolitan of Volokolamsk, speaking on his personal weekly show, referred to the dialogue between the Orthodox and the Catholic Church, accusing the Ecumenical Patriarch of having decided to sign the “union of the two Churches”.

However, as there is no evidence to do so, the Metropolitan of Volokolamsk conveys obviously false information – not directly – but through the journalist who asks him the question.

And while he separates his position from the inaccurate information – in order not to be accused of spreading fake news – he uses them as an occasion to launch another attack against the Ecumenical Throne.

The presenter of the show “Church and World” Ekaterini Gratseva, addresses the following question to Metropolitan Hilarion: “News has reached us, I would say revolutionary, about the union of Catholics and Orthodox. This information was made public by one of the hierarchs of the Patriarchate of Constantinople, he said that in fact the Orthodox and the Catholics are already united but this will be stated officially on paper as well. What is it about?”

So he basically admits that he does not know anything about what the presenter is asking him, but he uses the question as an excuse to launch an attack.

“Recently, the Patriarch of Constantinople considered that he himself determines the fate of Orthodoxy. He believes that he can make some decisions on his own. For this reason, if he takes the decision to unite the Orthodox Church with the Catholic Church on his own, it will not be a surprise.

Especially when it comes after his decision that Ukraine has always been under the jurisdiction of the Patriarchate of Constantinople.”

One can understand that from the beginning the issue of dialogue with the Catholic Church was merely the occasion to attack the Ecumenical Patriarch Bartholomew on the main issue of interest to the Russian Church, which is none other than the Ukrainian.

In fact, he does not confirm what the journalist says, nor does he deny it.

So the impression that remains on the average viewer is that this – allegedly “confirmed” – argument (that “the Ecumenical Patriarchate is preparing for union with the Catholics”) comes from Metropolitan Hilarion, so it is the view of the Russian Church.

The Metropolitan of Volokolamsk then returned to the issue of interfaith dialogue with Catholics, saying that since 2000 “the issue of Unia had been raised” and that the Russian Church was against it, without proving the existence of a disposition on the part of the Ecumenical Patriarchate for union with the Catholics, saying vaguely that the issue of union was “raised” without specifying either by whom or in what context. 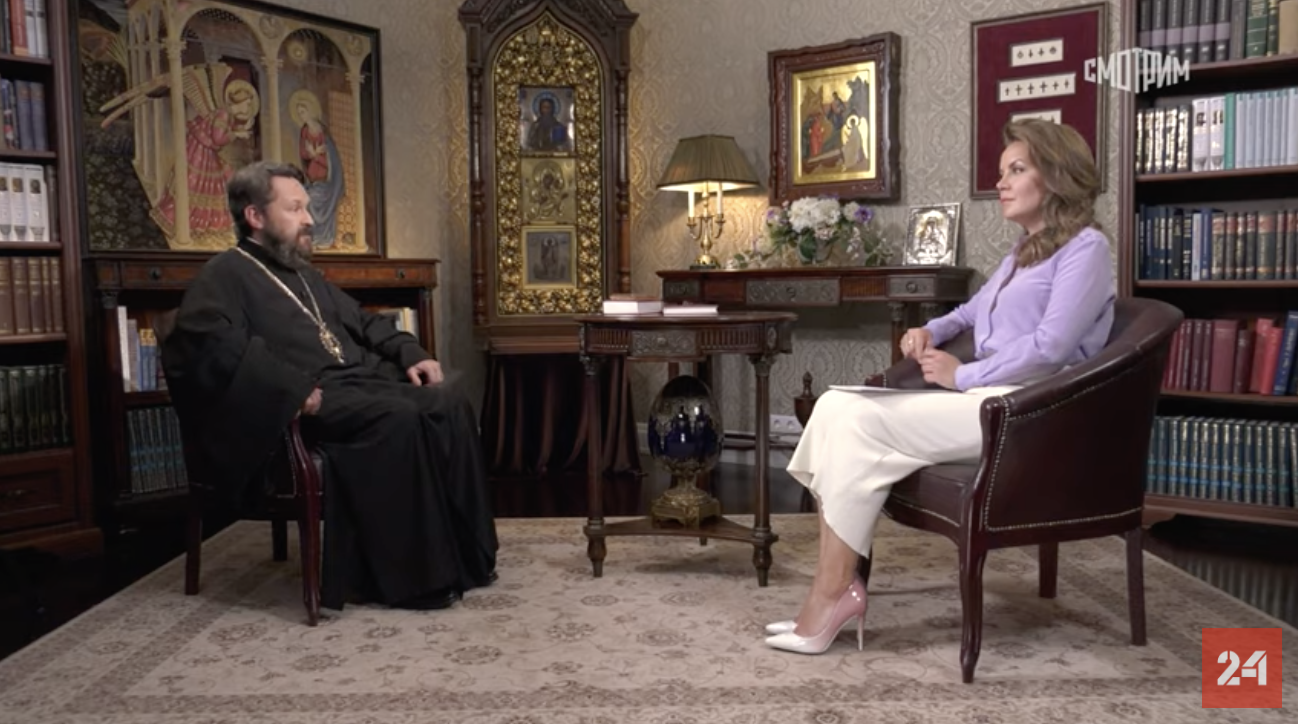 Volokolamsk from Kazakhstan: Russian Church welcomes Patriarch of Jerusalem as “head of Mother of Churches within its canonical limits”

Orthodox Church of Latvia seceded from Moscow – It was a matter of national security, says the President

Patriarch of Moscow: Queen Elizabeth II was a symbol for all of Europe

Patriarch of Antioch in the Vatican