“By God, the other Churches will also recognize the Ukrainian Autocephaly”

The Ecumenical Patriarch Bartholomew presided over the Divine Liturgy at the Church of St. Stephen Balatas, of the Orthodox Bulgarian-speaking Community of Constantinople, on Sunday, December 5, 2021, on the occasion of the renovation of the altar of the Temple with new shrines and sacred vessels.

The Consul General of Bulgaria in Constantinople, Vassil P. Valchev, President of the Community Vassilios Liaze, pilgrims from Bulgaria, and a large number of believers from the Bulgarian-speaking Community attended the service.

In his speech, the Patriarch referred to the constant interest of the Mother Church for all its spiritual children in Constantinople.
“All Orthodox Christians in Constantinople, regardless of national and linguistic origin and identity, are spiritual children of the Most Holy Archdiocese of Constantinople or the adjacent Holy Dioceses. The basis for the unity of the Church, as the Holy Metropolitan of Pergamon John, academic and professor, writes, “is the geographical area: all those who live in a certain place, regardless of their nationality, belong ecclesiastically to one Bishop of that area.” (Kosmou Lytron, ed. Evergetis, Megara 2014, p. 184)”.

In his speech, the Ecumenical Patriarch referred to the Holy Synod of the Orthodox Church, which met in Crete in June 2016.

“The Synod of Crete placed great emphasis on the struggle for justice and peace, the protection of the sanctity of the human person, the Christian family, and the education of the new generation in Christ. He also turned against religious fundamentalism and “violence in the name of God”, stressing that “the oil of religious experience should be used to heal wounds and not to rekindle the fires of war” (Message, § 4).

The Ecumenical Patriarch continued, referring to the granting of Autocephaly to the Orthodox Church of Ukraine:

“Ecclesiastical peace, based on the canonical traditions of the Church, was also the goal of granting Autocephaly to long-suffering Ukraine so that the Church there could walk in peace and harmony and contribute to world peace and reconciliation. By God, the individual Orthodox Churches, which have not yet been identified and harmonized after the act of the Mother Church on the Ukrainian Autocephaly, will do so, for the glory of God.”

Concluding his speech, Patriarch Bartholomew congratulated the Hierarchical Head of the Community Archim. Charalambos Nichev, “for his exemplary devotion to his spiritual mission and for his fidelity and respect for the Great Church”. 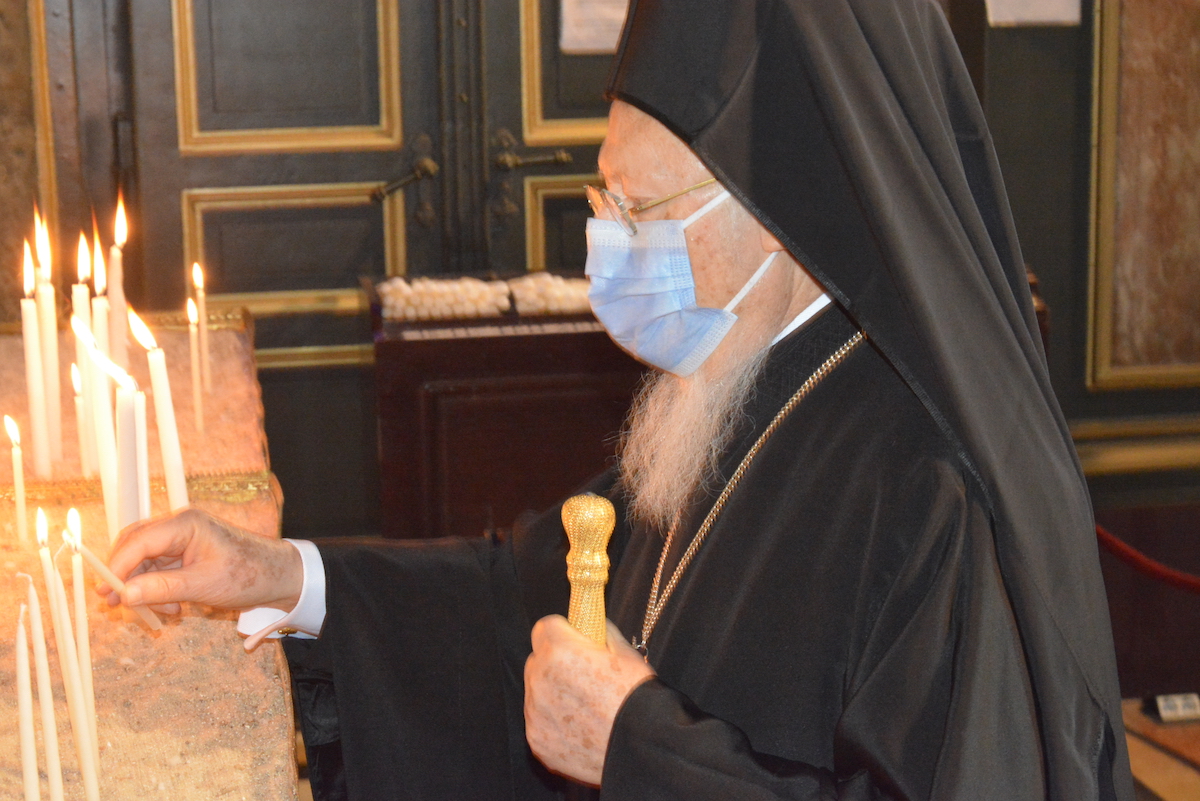 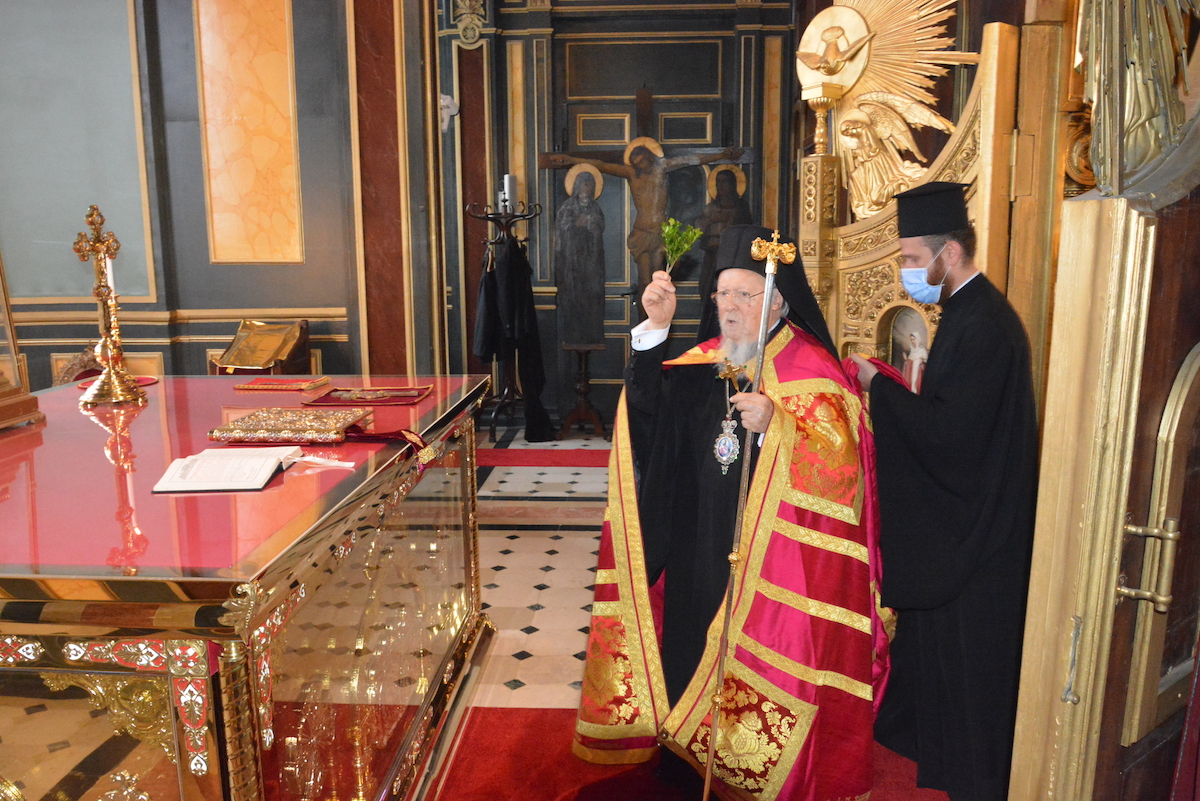 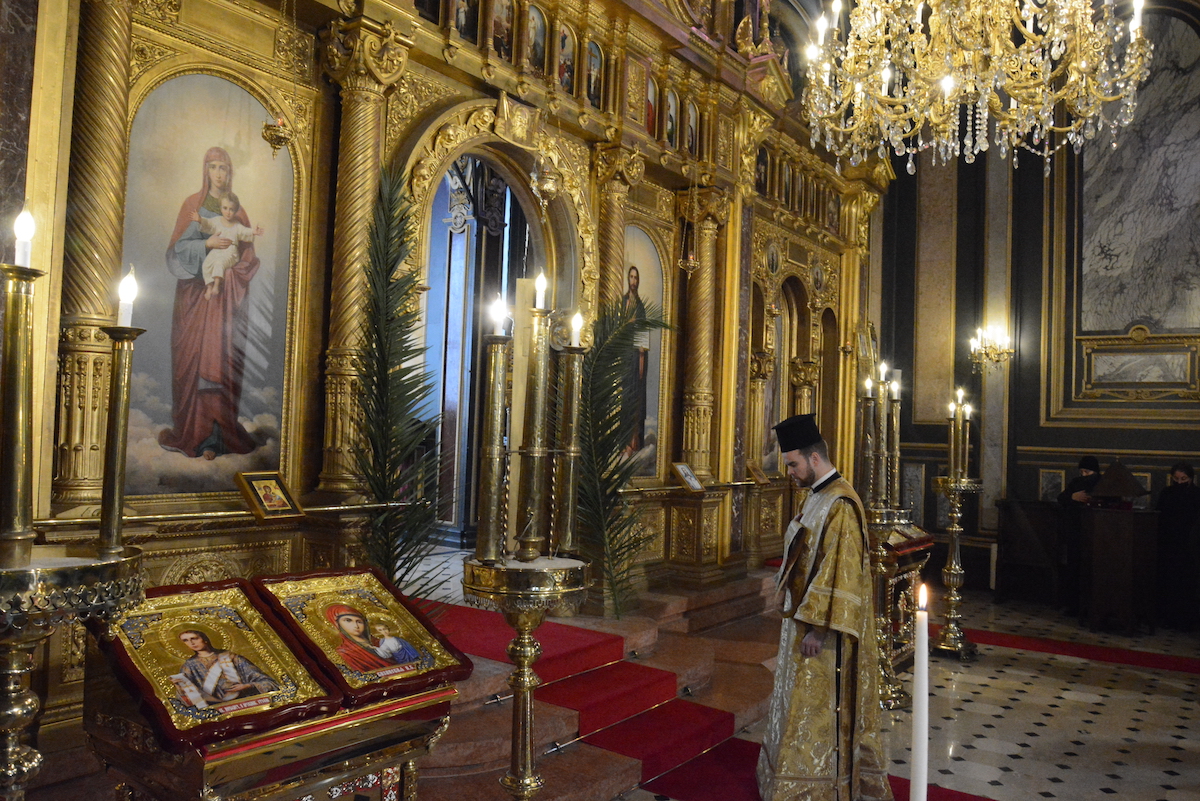 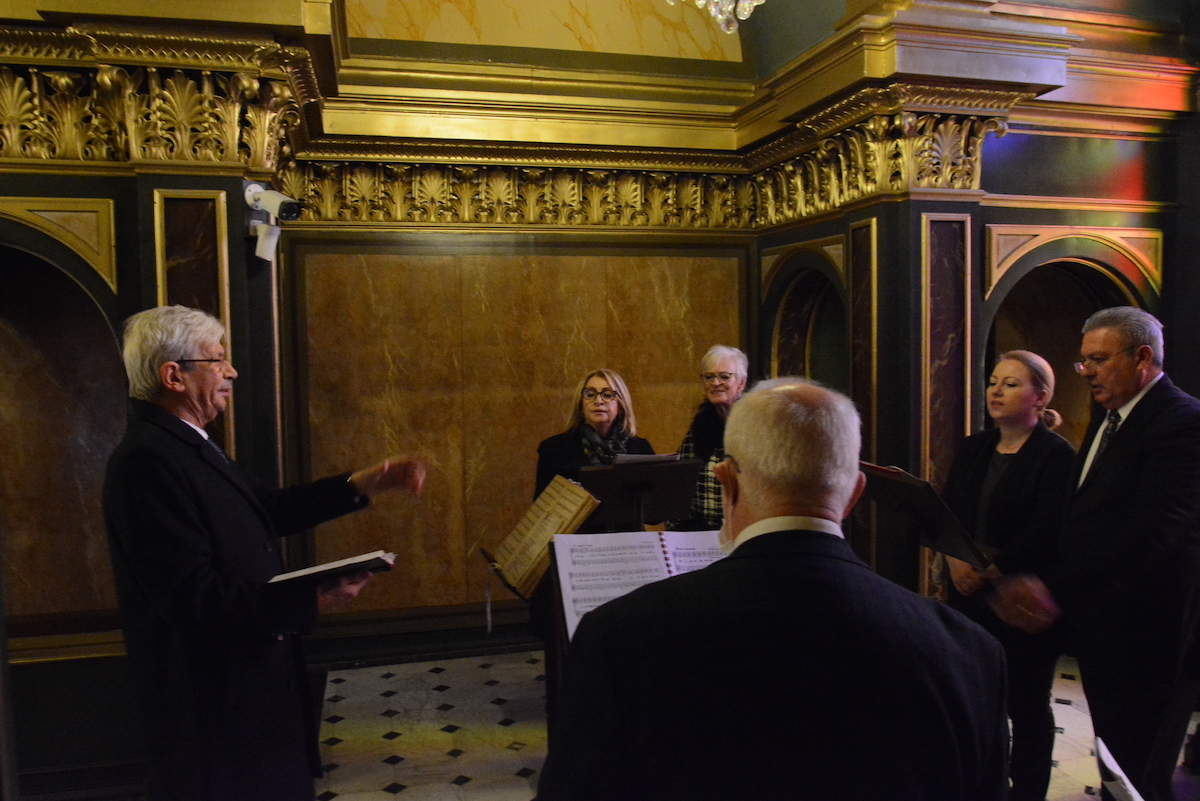 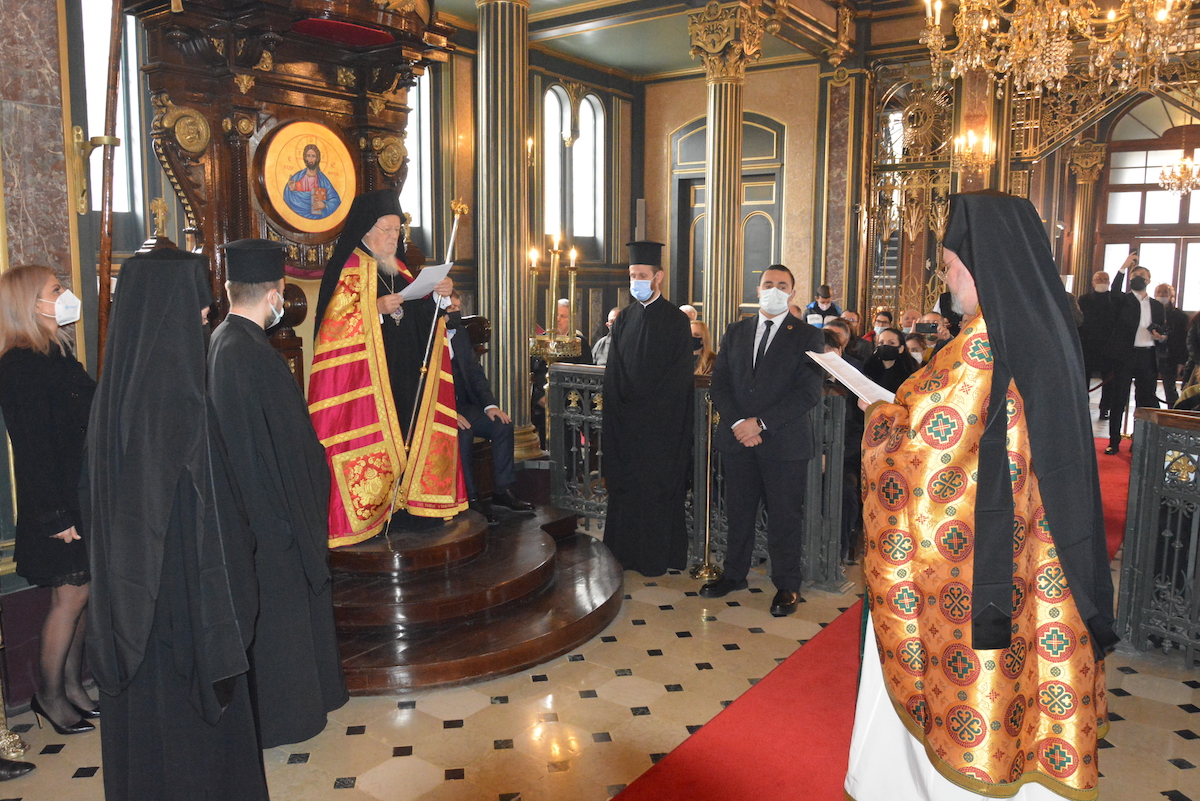 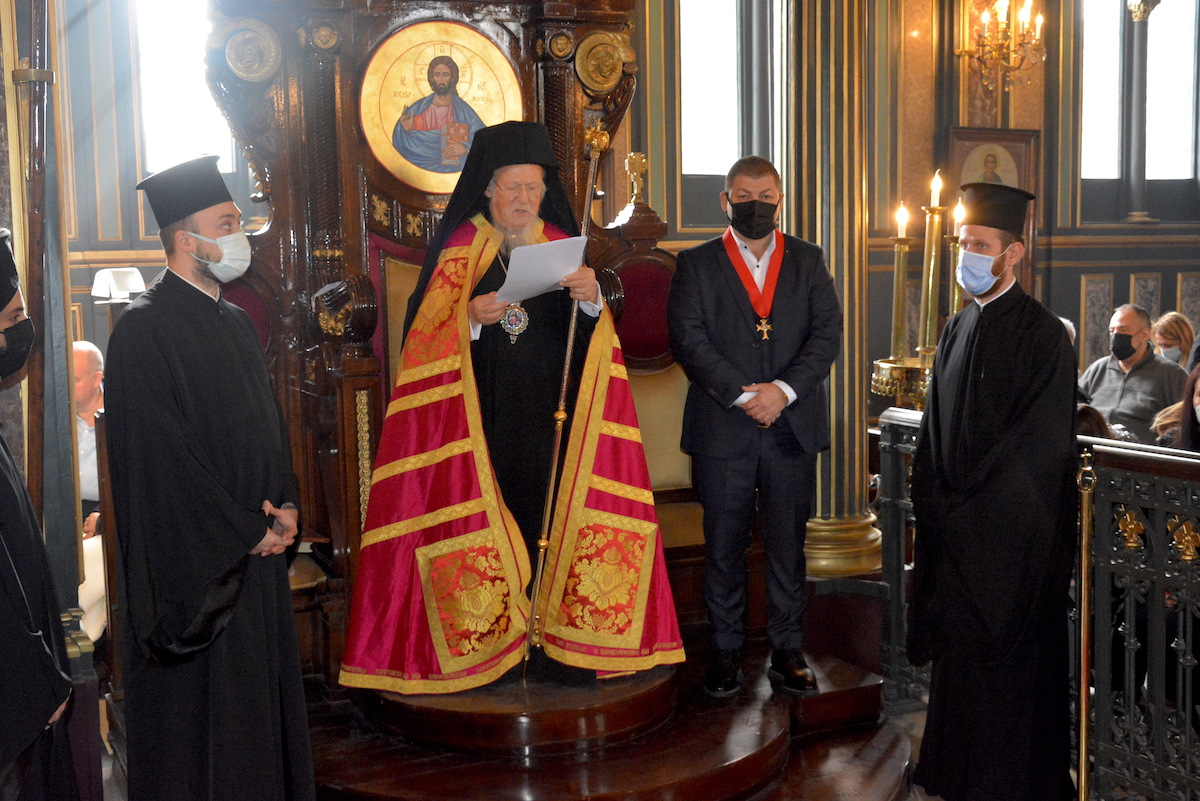