The three Archbishops of Christian faiths, including Greek Orthodox Archbishop Makarios, sent a letter to Australian Prime Minister Scott Morrison, by which they mark their “ethical concerns” about a potential coronavirus vaccine.

According to neoskosmos.com, their objections have come following the Australian government’s announcement that an agreement has been signed with UK-based drug company AstraZeneca, to procure 25 million doses of the Oxford University vaccine for Australians once it is ready.

Considered among the frontrunners in the global race to combat COVID-19, the vaccine has been developed from a kidney cell line (HEK-293) taken from an aborted foetus.

Archbishop Makarios, along with Roman Catholic Archbishop Anthony Fisher and Anglican Archbishop Glenn Davies, object to the fact that the vaccine, which uses foetal cells, could “create an ethical quandary.”

The archbishops state they support a COVID-19 vaccine in principle but harvesting “foetal tissue was deeply immoral.”

“Some will have no ethical problem with using tissue from electively aborted foetuses for medical purposes,’” the letter states.

Australia’s Deputy Chief Health Officer Dr Nick Coatsworth said on Monday that there are strong ethical regulations surrounding the use of any human cell. He also added that human cells are an important part of the development of any vaccine.

“This is a very professional, highly powered research unit at Oxford University, one of the world’s leading universities. So I think we can have every faith that the way they have manufactured the vaccine, against the highest of ethical standards internationally,” he said. 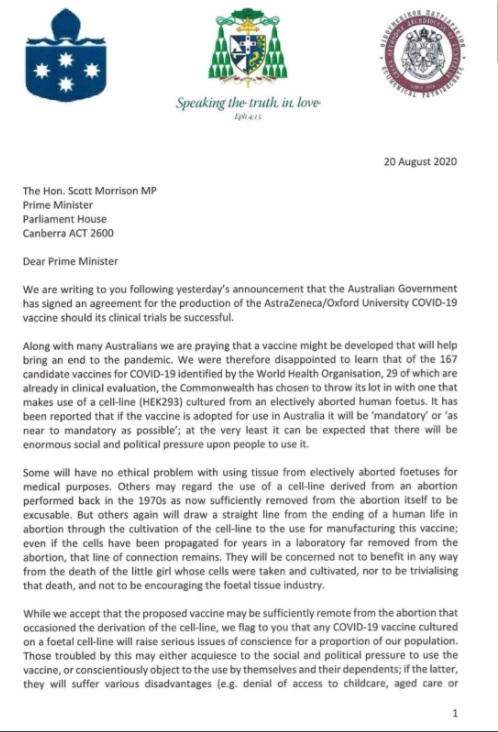 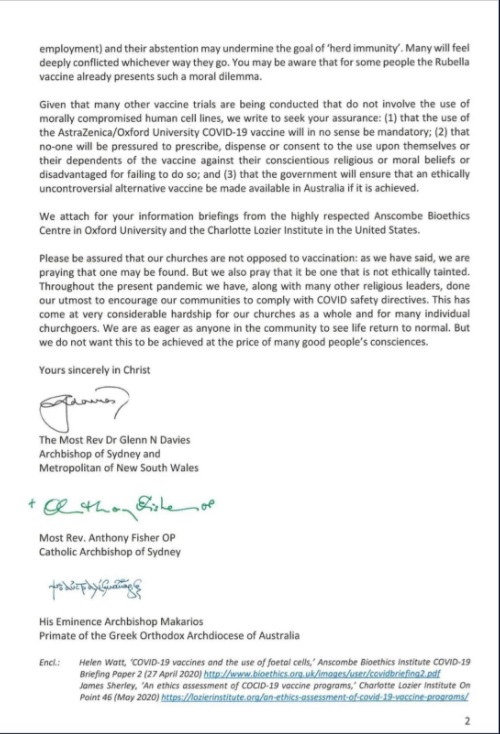 Archbishop of Australia: The study of Byzantine Music leads to a deeper understanding of God

Archbishop of Crete: Do not wear masks in the church