During his visit to Darwin, Archbishop Makarios of Australia held successive meetings with the Mayor of Greek origin, Konstantinos Vatskalis, and with the Chief Minister of the Northern Territory, Michael Gunner.

Archbishop Makarios discussed with the mayor of Darwin the needs of the Greek Orthodox flock of Darwin and Northern Australia, and the initiatives taken by the Holy Archdiocese.

The mayor was delighted to welcome Archbishop to the Northern Territory after many years.

On the same day, Archbishop Makarios visited the Parliament of Northern Territory, where he was received by Chief Minister Michael Gunner and his associates. During the meeting, the two sides discussed issues of common interest and expressed willingness to develop close cooperation.

Archbishop Makarios informed the chief minister about the Archdiocese’s decision to establish a new parish in Darwin in order to satisfy the worship needs of Greek Orthodox believers. Chief Minister Michael Gunner assured that he would assist the Archdiocese in order to carry out its work while pointing out that he would continue to support the Greek community of the region. 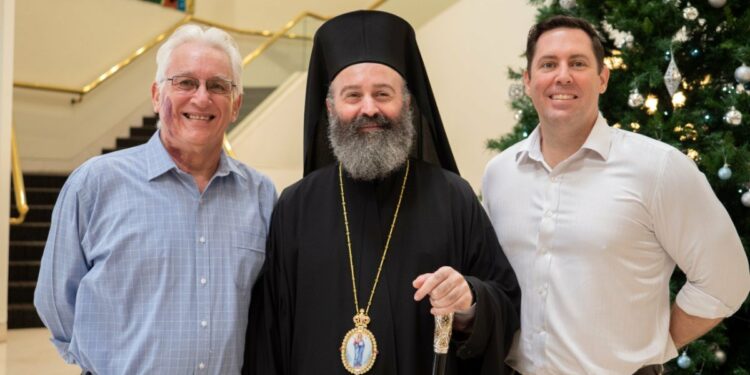 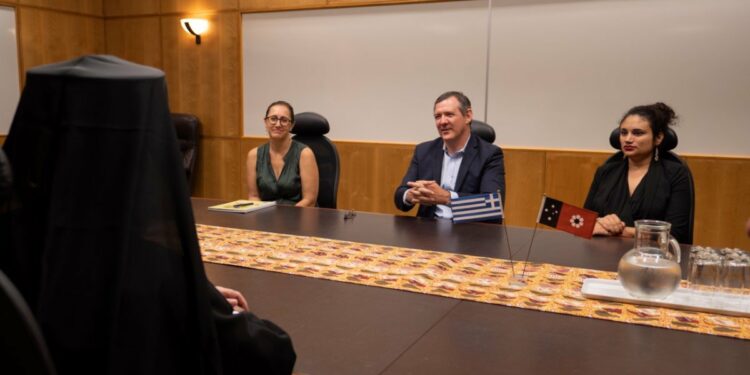 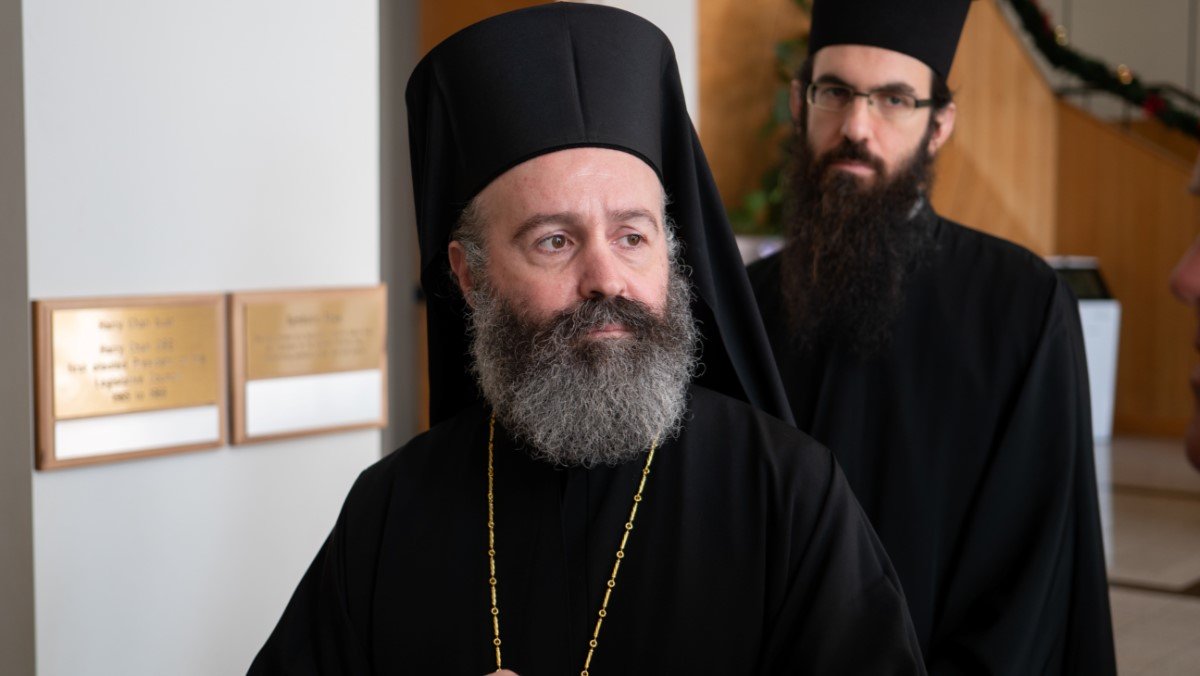