Today, Archbishop Makarios of Australia met the representative of Queen Elizabeth at Queensland, Mr. Paul de Jersey, during his visit to Brisbane.

During the meeting the two men discussed issues of common interest, and in particular that of religious freedom, on the occasion of the adoption of a relevant bill by the Federal Government.

Governor Paul, on the occasion of his first meeting with the new Archbishop, welcomed him to Australia and wished him to leave his glorious footprint in the history of the Orthodox Church, noting that “wherever you go you inspire and excite people”. From his part, the Archbishop thanked the Governor for his contribution to Hellenism and Orthodoxy.

Afterwards, there followed a guided tour around the areas of the Governorate and a commemorative exchange of gifts.

The Archbishop’s official visit to Adelaide is already scheduled from August 30 to September 5, as well as in Cairns from October 30 to November 4 and in Darwin from December 6 to 10 of the same month.

The Archbishop’s official visit to the federal state capital, Canberra, is scheduled for November 26-29. 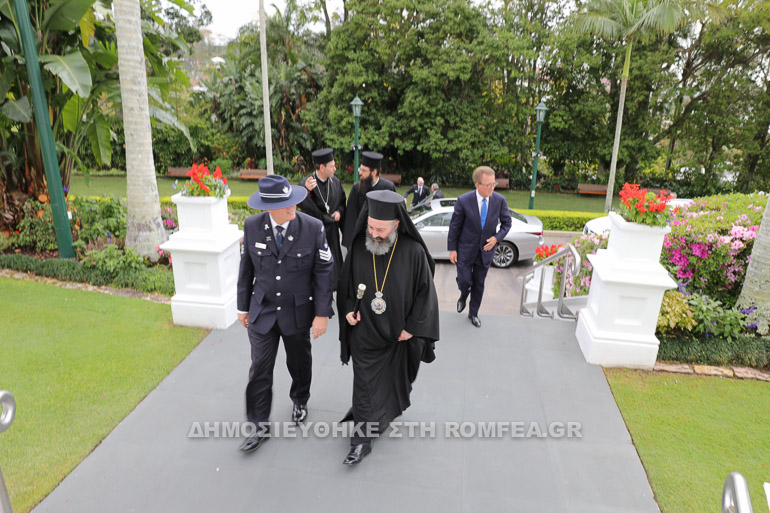 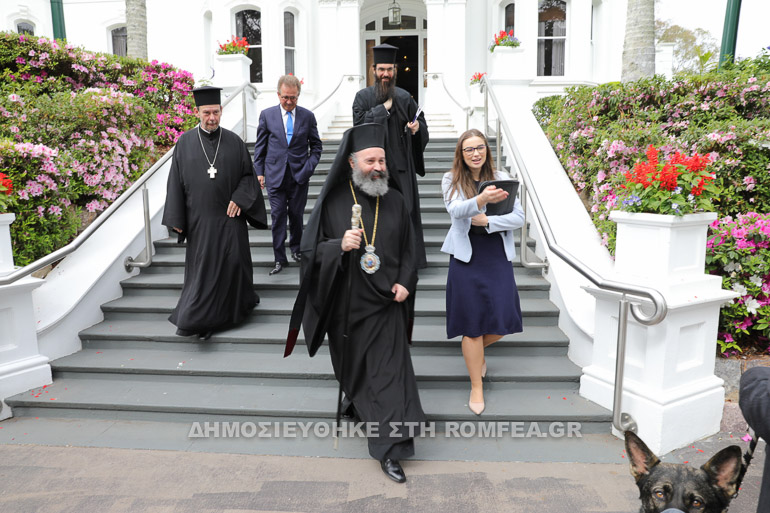 First anniversary of the enthronement of Archbishop of Australia

Archbishop of Australia: Let us trust everything to Christ with all our confidence

One year since the enthronement of Archbishop of Australia

One year since the enthronement of Archbishop of Australia

Archbishop of Australia to visit Queanbeyan and Canberra

Archbishop of Australia: There is a return from the road of drugs. You can be free of them

Ecumenical Patriarch: Church life is an experience of ecology (upd)