In the presence of the President of the Hellenic Republic, Prokopis Pavlopoulos, the inauguration of the sacristy of Athens Metropolitan Temple was held.

Archbishop Ieronymos presided over the inauguration and several priests attended the ceremony.

Following the sanctification ceremony, the Archbishop stressed, “This is not only a place with objects that have survived after various dramatic events, but also a place that encompasses memories, prayers, anguish.” He also said that the evening event was of utmost importance not only in the history of the temple, but also in the history of this place.

The Chief of Metropolitan Cathedral, Protopresbyter Thomas Synodinos, said that “the Church often is being tested by the acute question that has prevailed since holy relics were confiscated: does the display of holy relics in state museum constitute an undesirable secularization or how can we justify their protection in reliquaries by the Church? ”

In his address, the President emphasized, inter alia, that “the sacristy of the Metropolitan Cathedral of Athens is an emblematic spiritual museum. A museum that turns it into a robust museum of our Orthodox Christian Faith that so much represents a museum of our culture.” 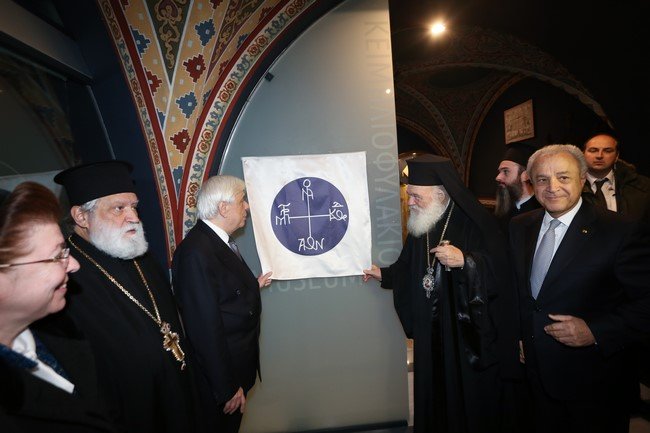 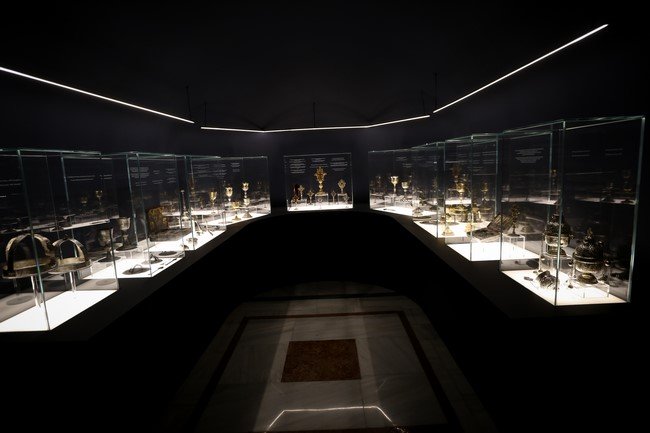 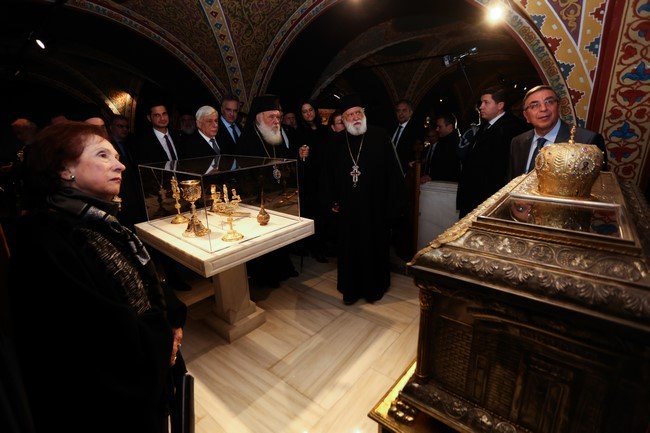 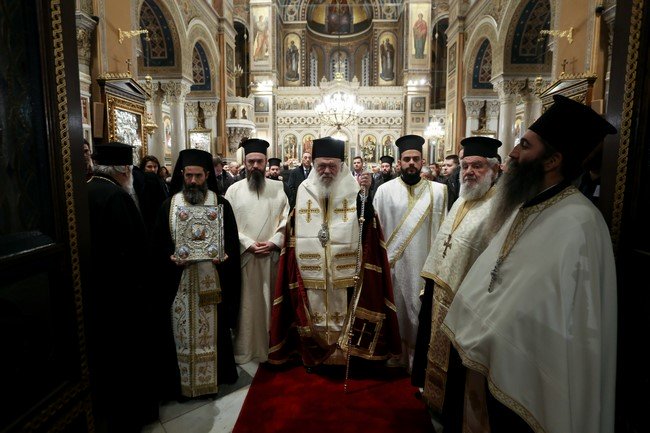 Former Greek President had telephone communication with Archbishop of America

Bishop of Olbia visited church where he served as priest

Metropolitan of Nafpaktos: We are in a state of war

Metropolis of Ilia: No services to be held during Holy Week and Easter

In an encyclical issued by Metropolitan Germanos of Ilia, no religious services will be held in the churches under...

The coronavirus pandemic also reached Imbros and Tenedos, the two islands in the northern Aegean with Greek Orthodox communities....

Australia: A ‘saint’ in your place

The youth of the Greek Orthodox Parish of Saint Anthony in Prospect, Adelaide, found a particularly original way for...