As a “miracle that can be explained only spiritually”, Archbishop Elpidophoros of America described the return to the Monastery of Ikosifoinissa of one of the oldest and best preserved Greek manuscript gospels in the world, written at the end of the 10th century, which had been stolen from the Monastery during the Bulgarian occupation in March 1917.

“The return of this particular manuscript to the Patriarchal and Stavropegic Monastery is a miracle that can only be explained spiritually,” Archbishop Elpidoforos of America, representing Ecumenical Patriarch Bartholomew, pointed out. “Personally, I believe it is the fruit of the prayer of the Monastery’s brotherhood,” he added.

“Those who moved on the basis of faith in God, such as Mr. Green and the officials of the Museum of the Bible, sought a way to return the relics to their rightful owner. Others who saw them as objects of value, these people simply confirmed their participation in a criminal act,” he highlighted.

The Archbishop of America conveyed the Ecumenical Patriarch’s assurance that he will always take a personal interest in the return of all stolen relics, and, according to Elpidophoros, His All-Holiness instructed that all the services of the Archdiocese of America be at the disposal of the Monastery in order to be claimed and returned other stolen relics that are in the United States.

The gospel, with serial number 220, had come into the possession of the Museum of the Bible in Washington (MTB) since 2014 and was officially returned to the Holy Stavropegic Monastery today, in the presence of the Archbishop of America, the Chairman of the Museum, Steve Green, the MTB’s research associates, representatives of the political leadership and local government, archpriests and a large number of people.

As part of the repatriation ceremony, a Doxology Service was held and the protocol for the delivery and receipt of the relic was signed. The event was dedicated to the late Metropolitan Pavlos of Drama, who, as all the speakers stressed, contributed greatly to the return of the relic and fought for the retrieval of all the stolen relics from the Monastery.

The Placeholder of the Metropolis of Drama, Metropolitan Panteleimon of Xanthi, stressed that the 29th of September is a day of remembrance of the victims of the Bulgarian occupation, but also an important day for the Monastery, since today, as he said, the historical relic returns to its home.

He also referred to the Bulgarian occupation of Eastern Macedonia and Thrace, which, he stressed, devastated the region. During these periods, icons were stolen from the Monastery, namely 530 manuscripts and 470 relics, many of which dated back to the 10th century.

The relics, he said, were sold at auctions and ended up in private collections, such as that of the Museum of the Bible, which collaborates with the Ecumenical Patriarchate. “Fortunately, there are conscientious people today and it is to the credit of those in charge of the museum, who are returning it to its home,” the Metropolitan of Xanthi stressed.

“As the Placeholder of the Metropolis, I express my thanks to His All-Holiness the Ecumenical Patriarch, his representative Archbishop Elpidophoros of America and the Chairman of the Museum, Abbess Antonini, as well as those who worked for this purpose,” he noted and called on the homodox Bulgarians and the EU to act as they should in order to return all the stolen relics of the Monastery.

In his address, Steve Green expressed his gratitude for the cooperation with the Ecumenical Patriarchate and the certainty that this move by MTB strengthens the faith of Christians, and he wished that it would be a move that other private and public institutions would emulate. In the context of the event, the scientific managers of MTB, representatives of the region and of the Monastery addressed the audience.

The Gospel Book was stolen, along with other manuscripts and relics, from the Monastery in March 1917, during the first Bulgarian occupation and was returned by voluntary decision of the MTB of Washington. It is the serially second manuscript relic that was returned to the historic Monastery after the repatriation in 2016 of a 9th century manuscript of inestimable historical value known as Codex 1424, which was held by the Lutheran Theological School of Chicago.

The event was attended by Metropolitan Ierotheos of Zichni and Nevrokopi, representing Archbishop Ieronymos of Athens, Metropolitan Barnabas of Neapolis, the District Governor of Eastern Macedonia and Thrace Metios, the representative of the Minister of Transport, Kostas Karamanlis, representatives of the local government and a large number of people. 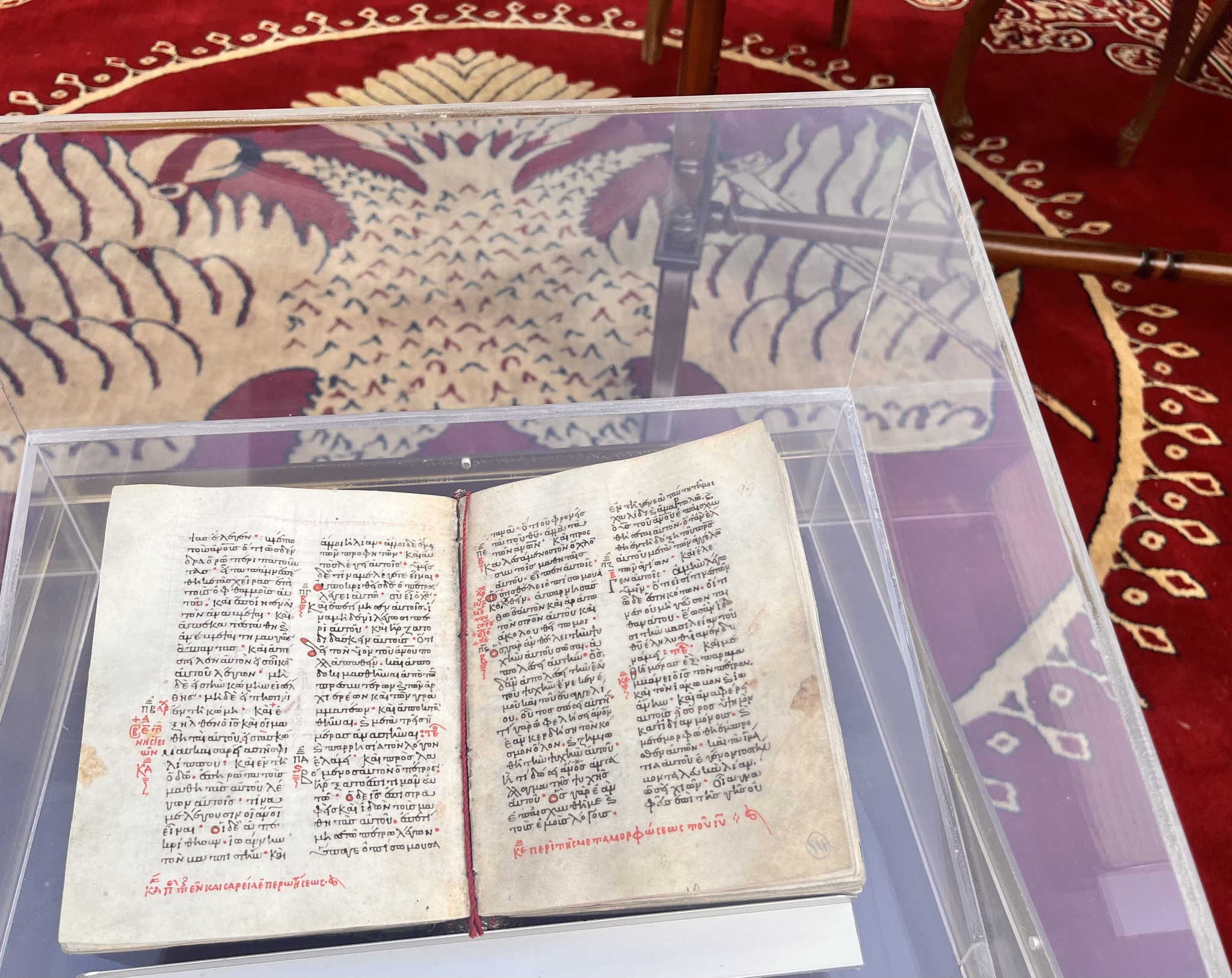 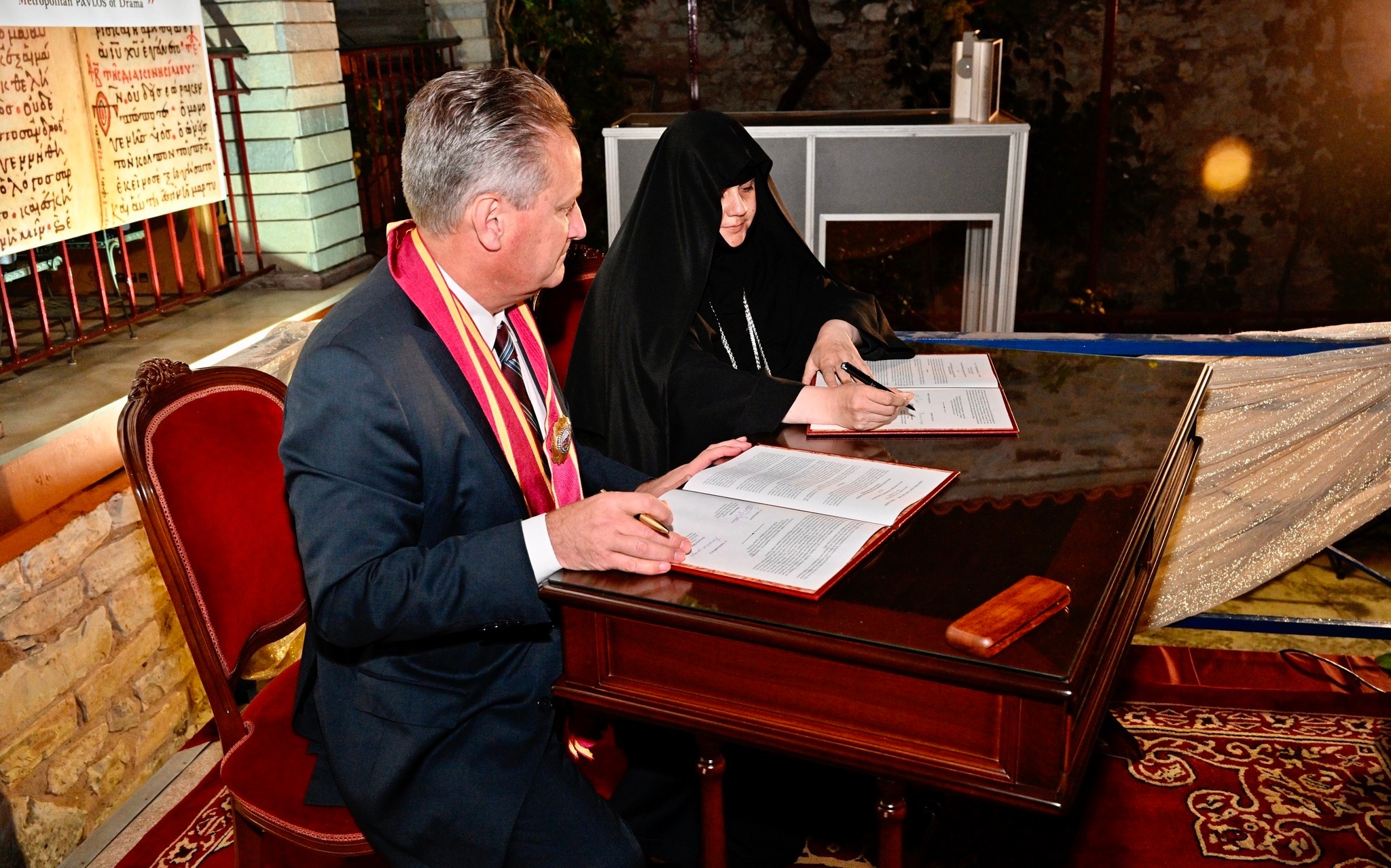 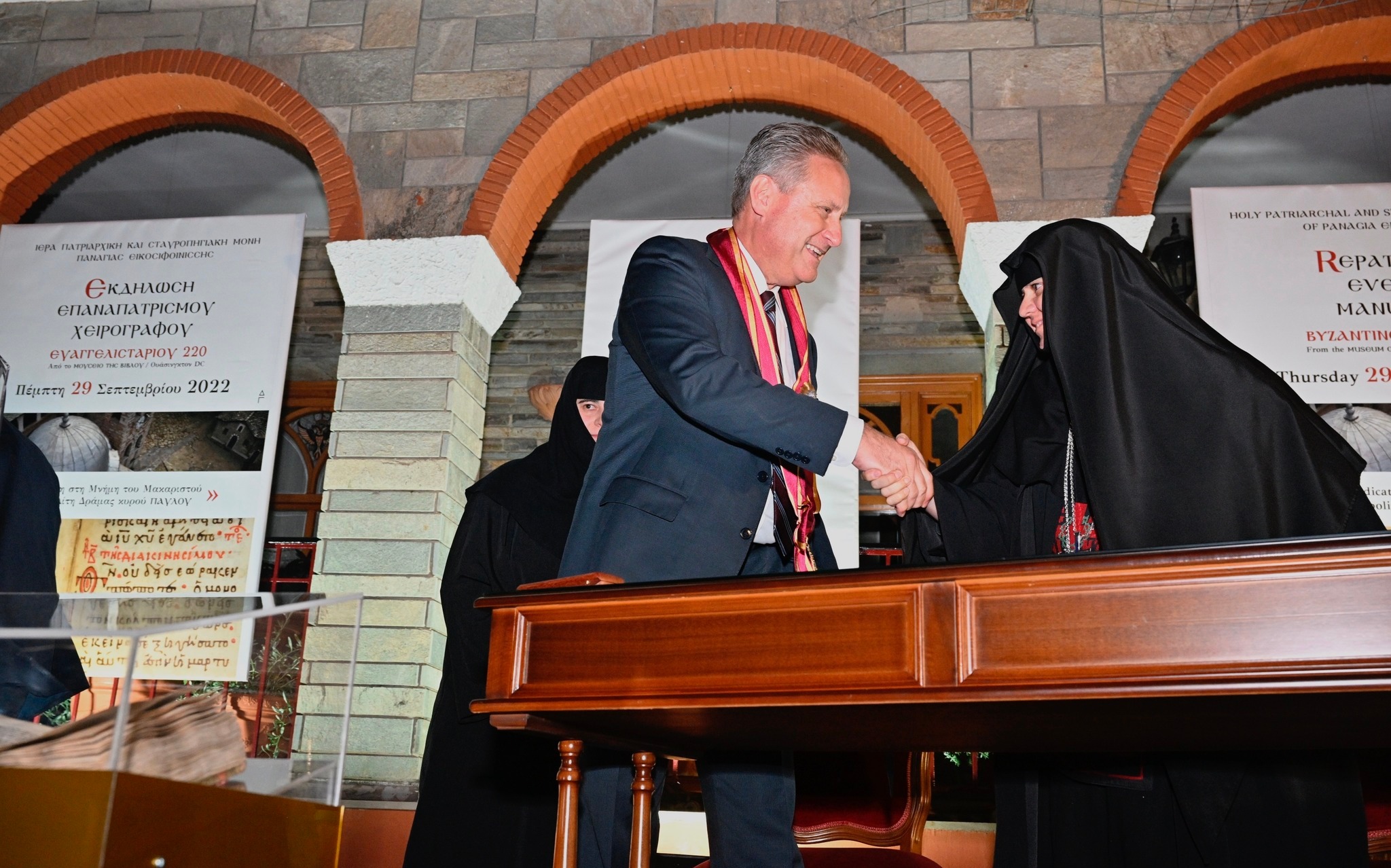 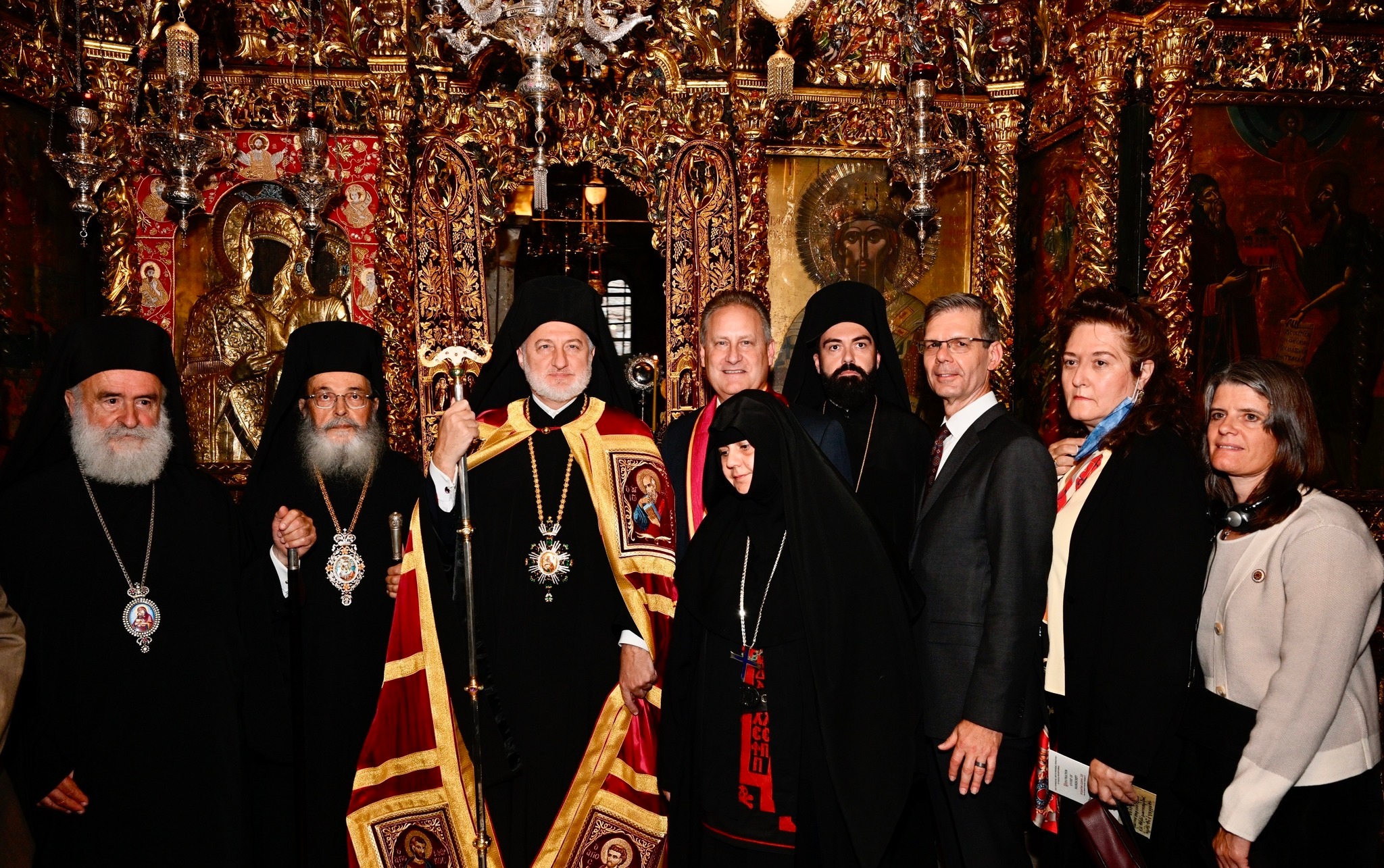 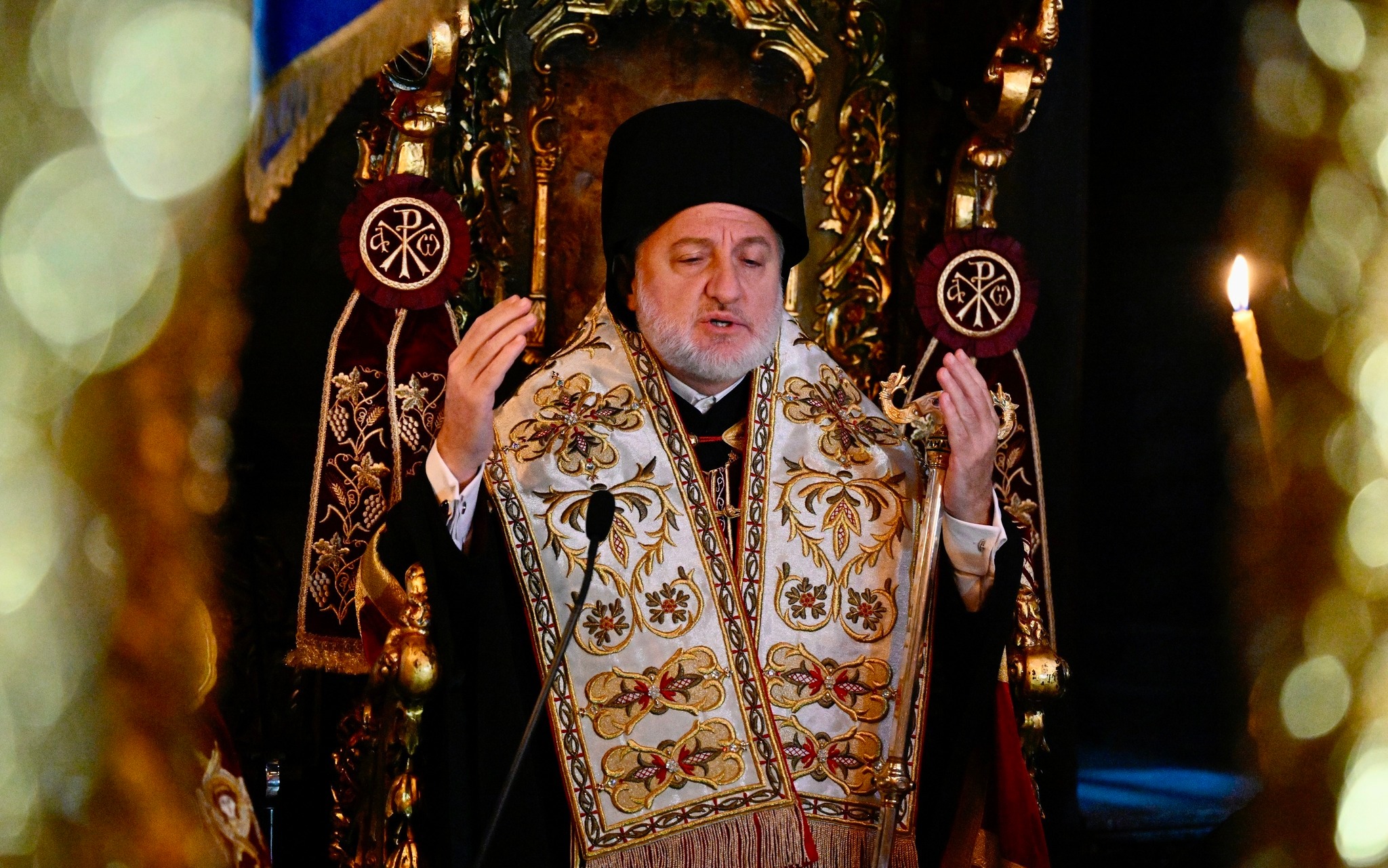 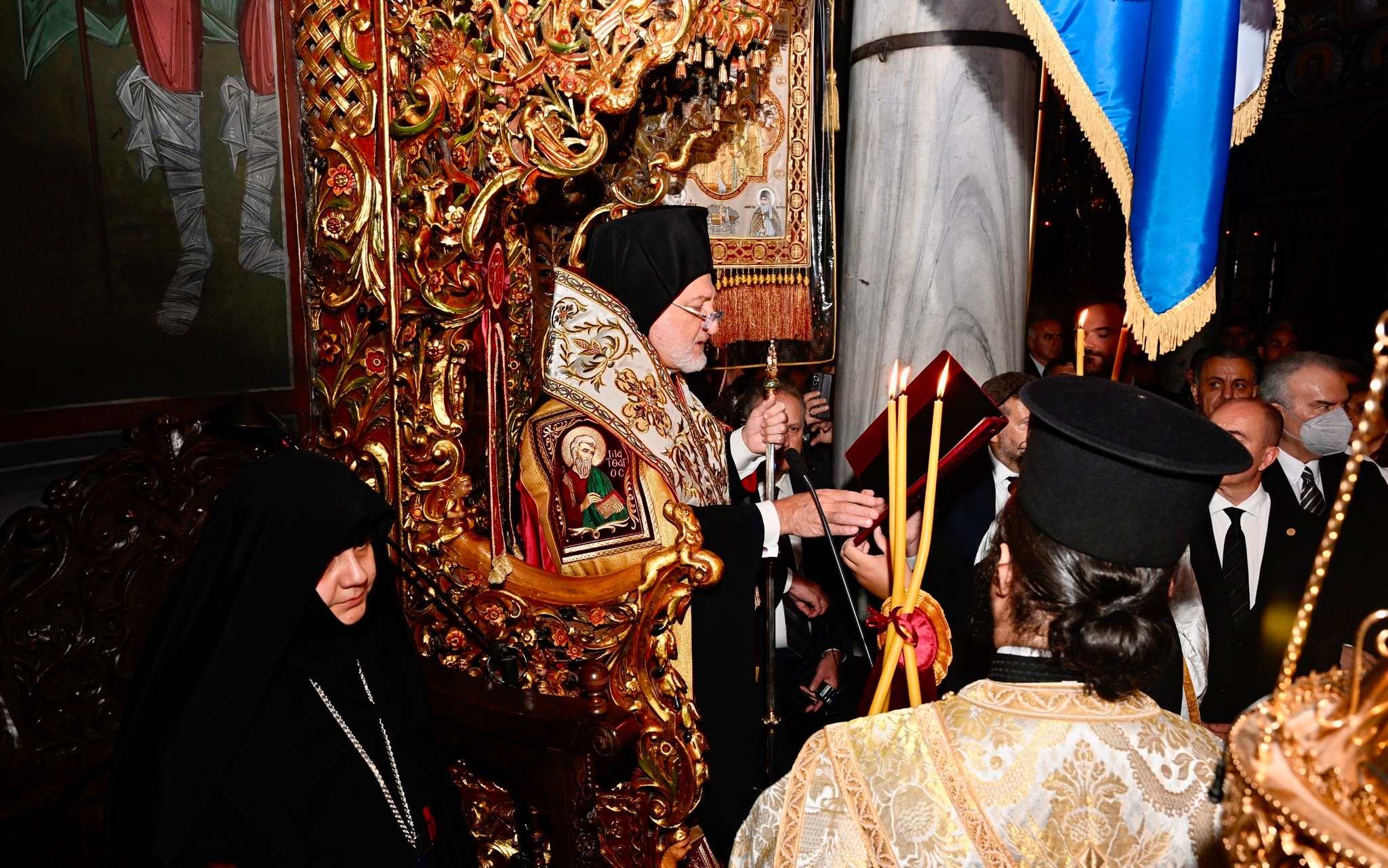 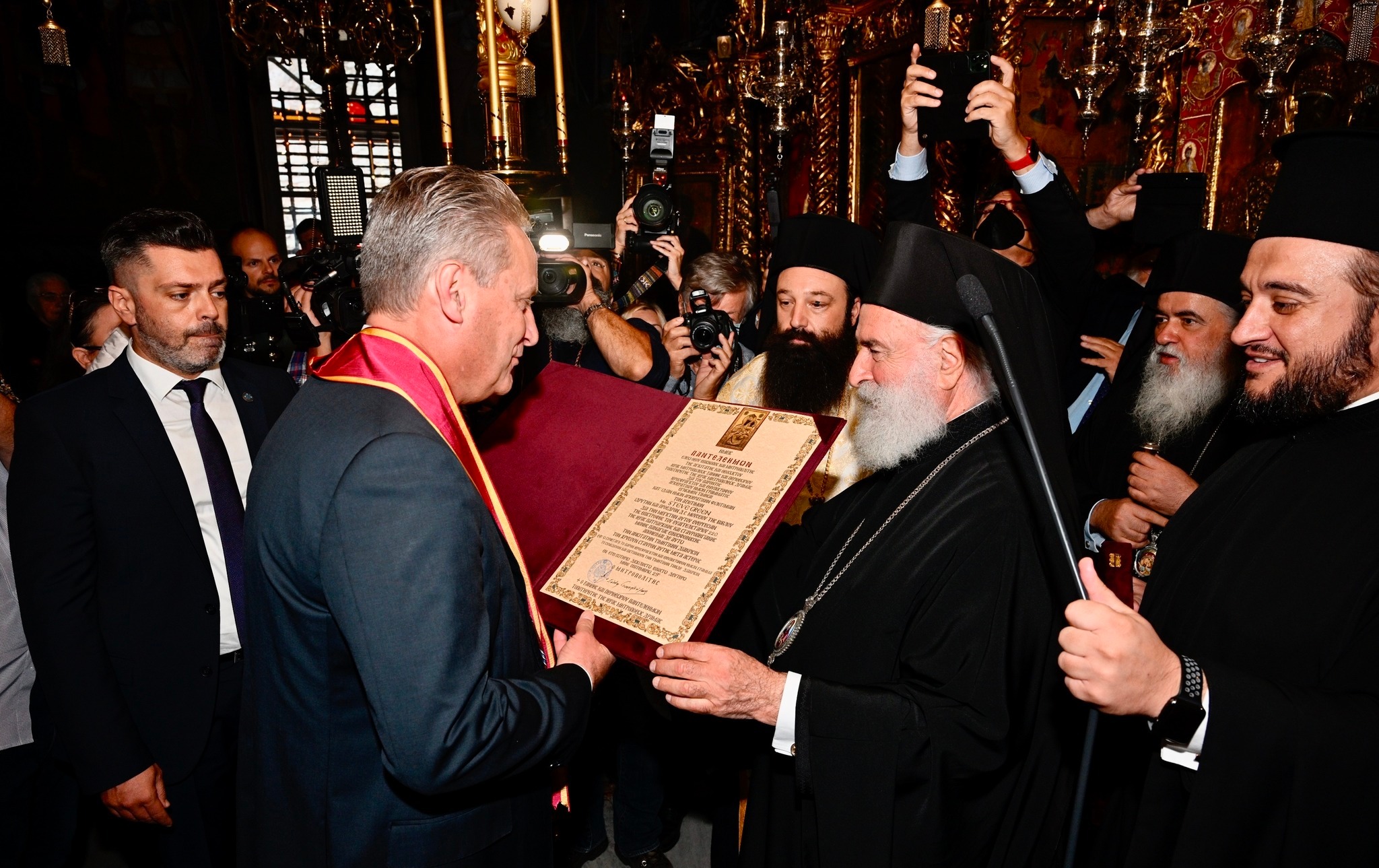 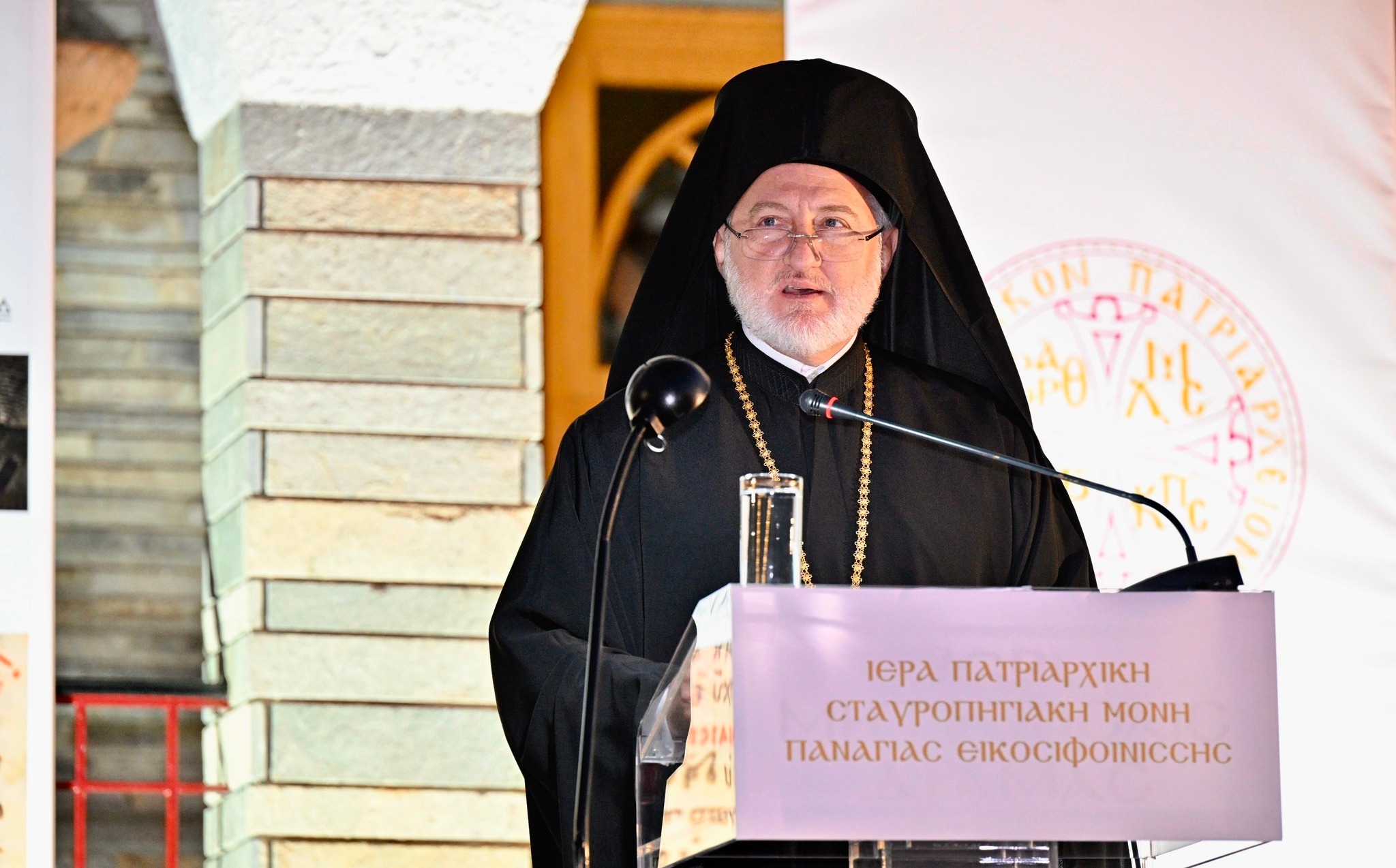 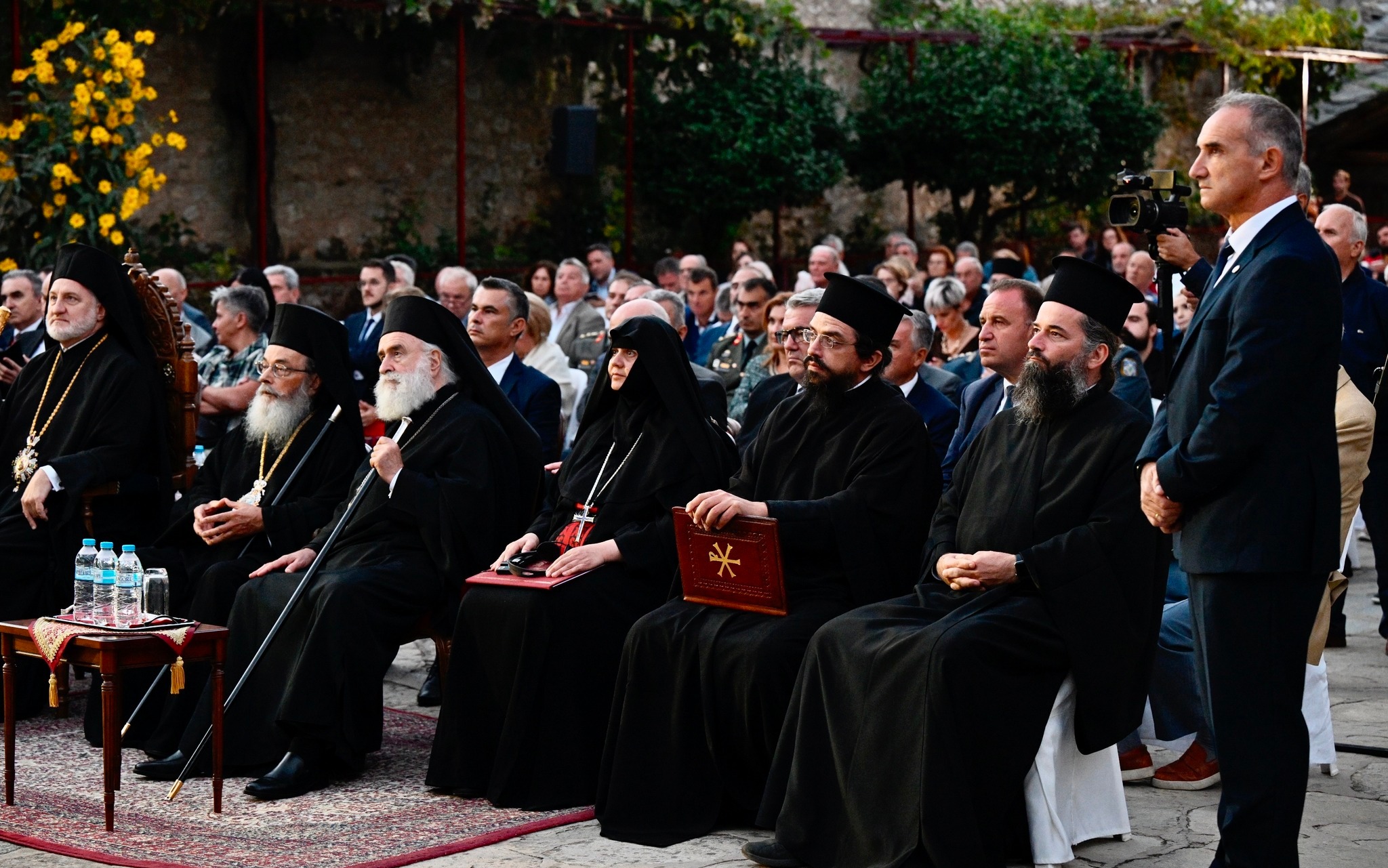 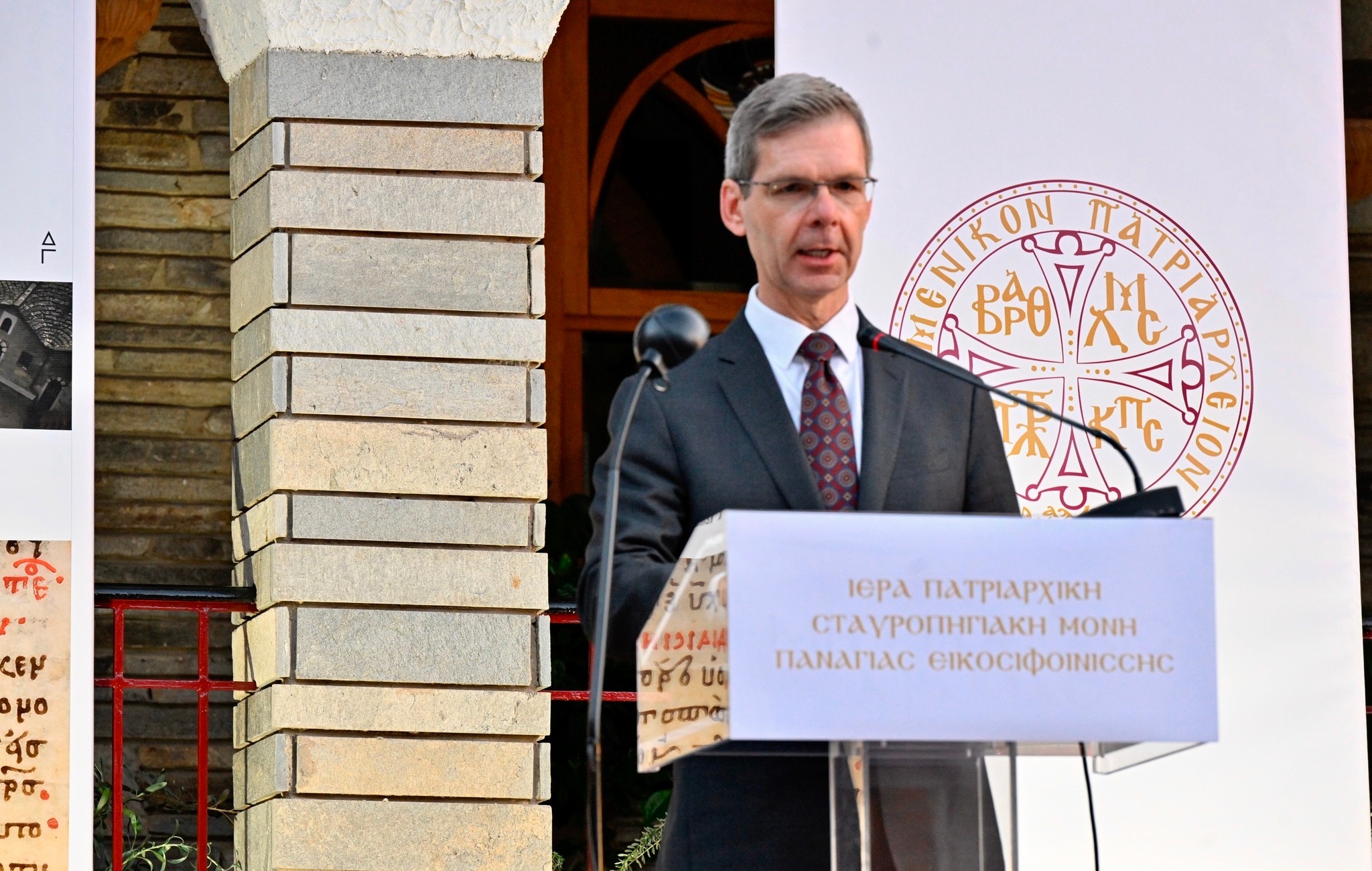 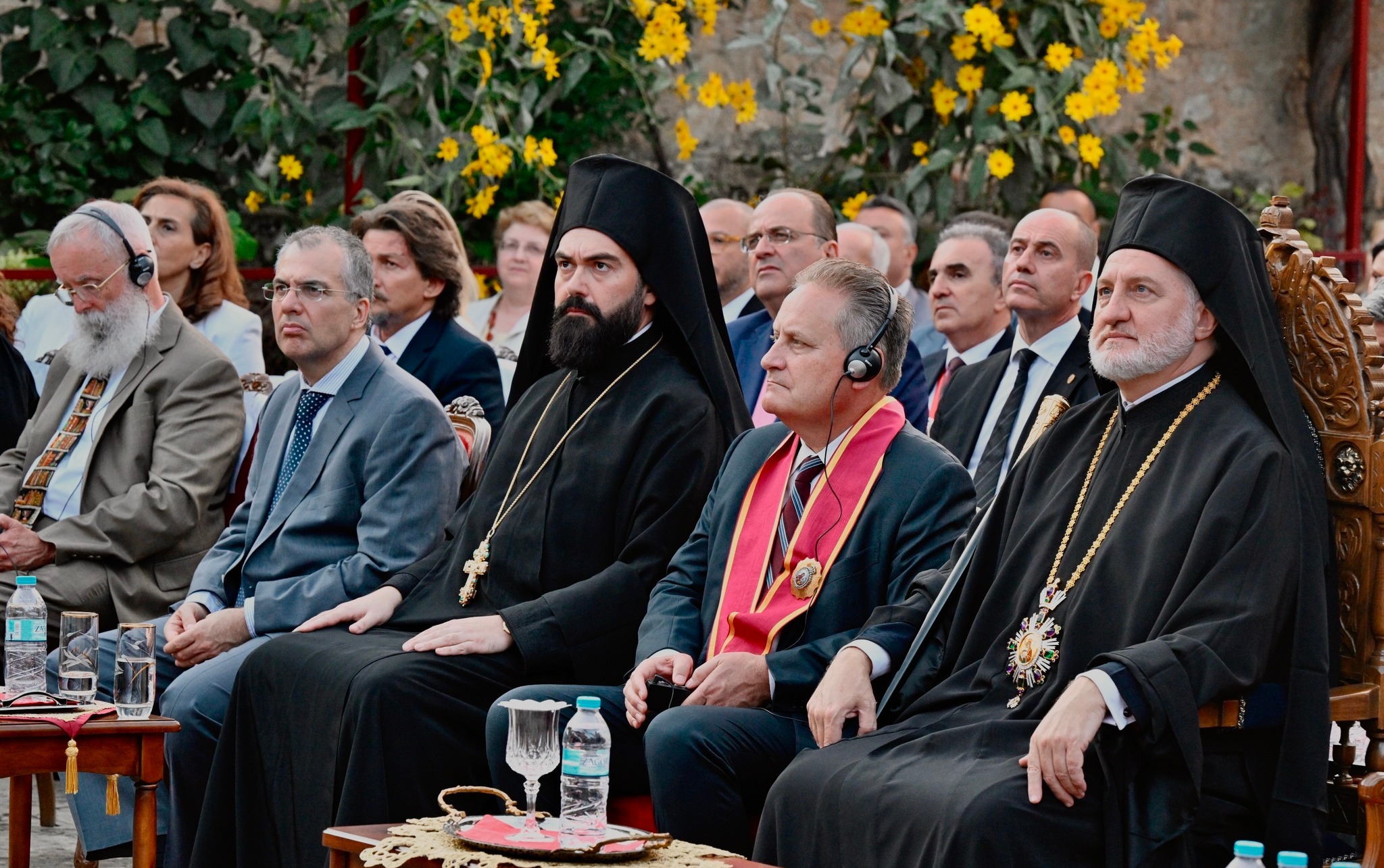 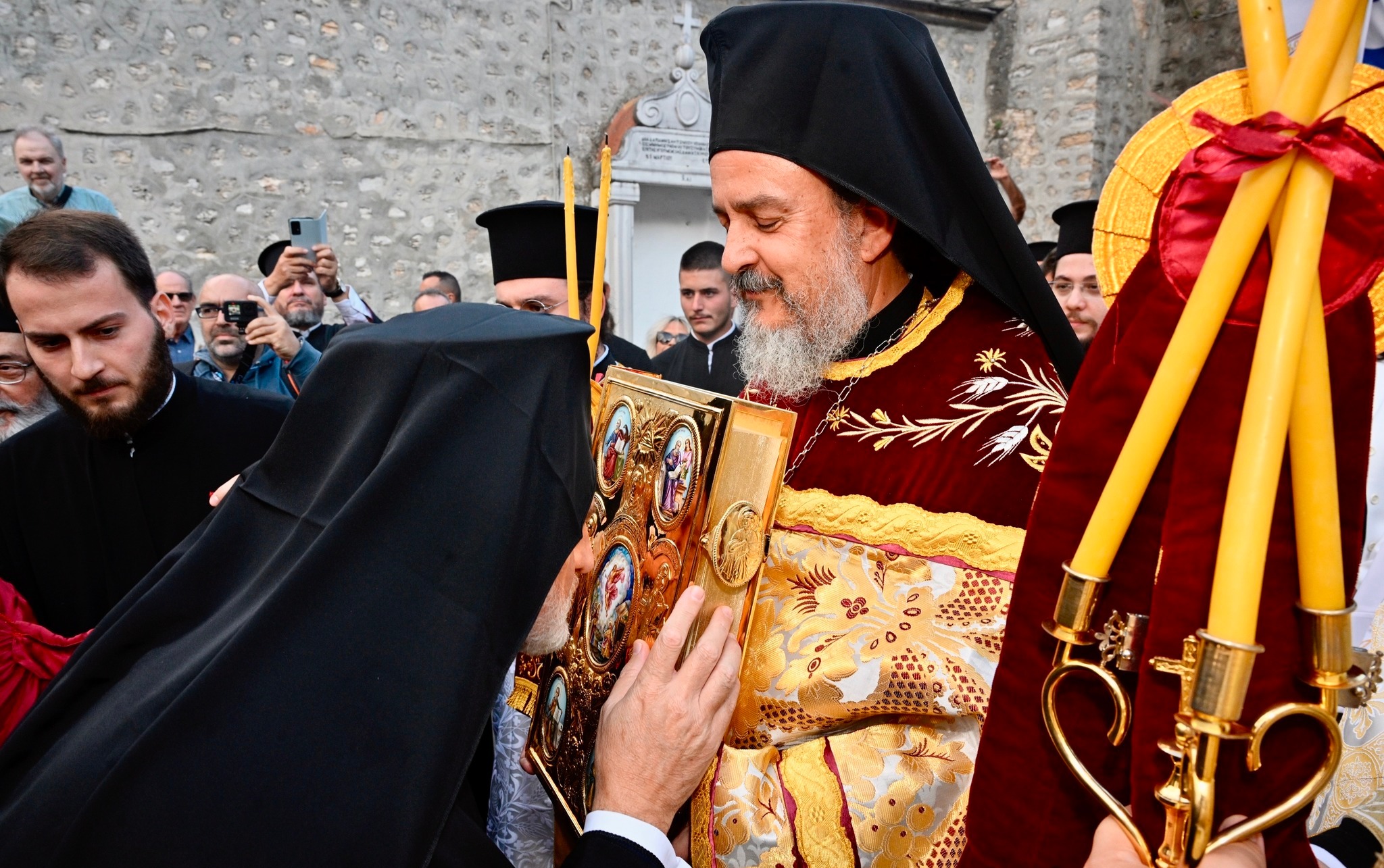 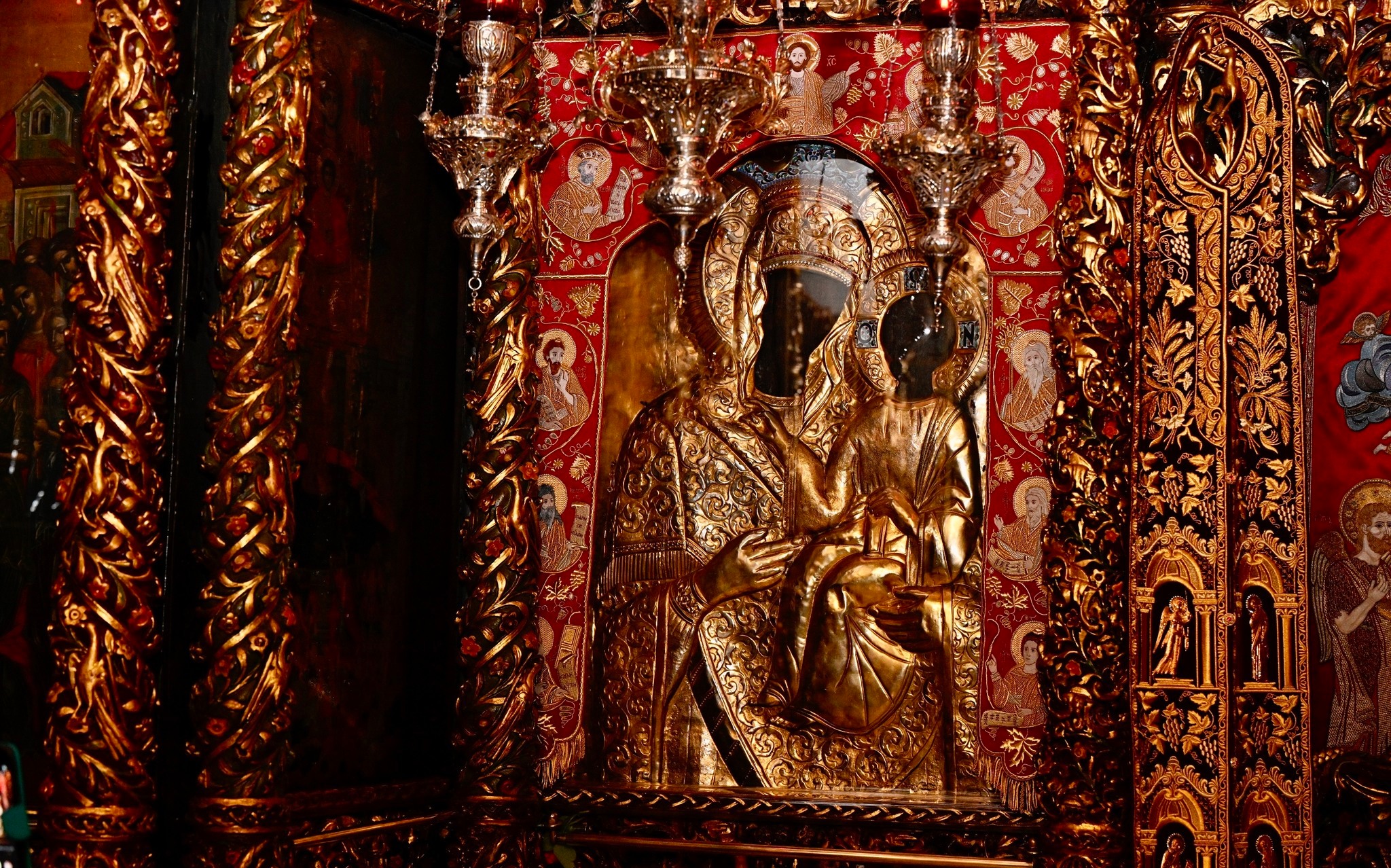