Archbishop of America: I feel like we celebrate the Resurrection

With a wonderful luncheon in the presence of political and religious personalities and over 1,500 people, the ceremonies for the enthronement of the new Archbishop of America, Elpidophoros, in New York, were completed.

Among those who attended the event and also gave a speech were the Greek Foreign Minister George Katrougalos, the representative of the President of the Republic of Cyprus, Nicos Anastasiades, Ambassador Andreas Mavroyiannis, the Lieutenant Governor of California, Eleni Tsakopoulos-Kounalakis, the Heads of the organizations of the Archdiocese of America and the president of AHEPA, George Loucas.

Today, Elpidophoros will preside over his first Divine Service as Archbishop of America at the Archdiocesan Cathedral of the Holy Trinity. 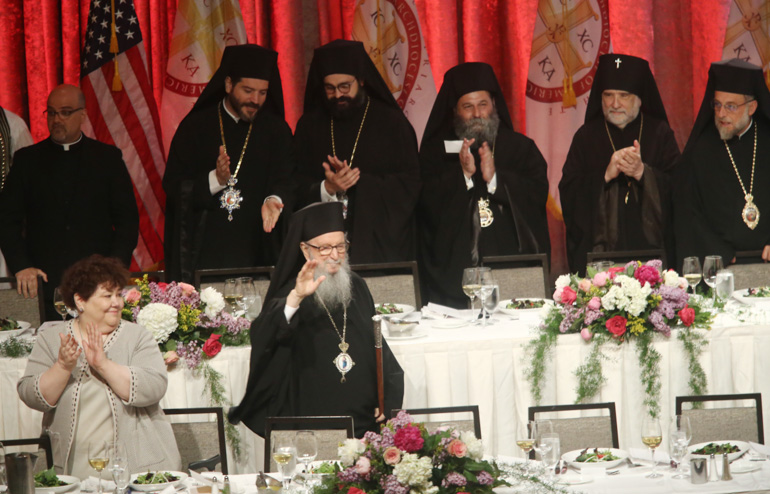 The assurance that not only the Foreign Ministry but also “the entire Greek State will continue to give its full support and assistance to the Holy Archdiocese of America,” was expressed by the Foreign Minister, George Katrougalos, who went on to say that the election of Archbishop Elpidophoros “brings a new era of unity, synodicity, quality, ministry, and of social and national contribution to the Greek expatriates and the Greeks all over the world”.

George Katrougalos, addressing Elpidophoros, said the following: “Your Eminence, the Greek State looks up to you with expectations and aspirations, because we are confident that your leading and coordinating role will lead to the unity and concord between the Greek people, and shall strengthen the bonds between the Greek expatriates and their motherland and Cyprus, in today’s difficult circumstances that demand alertness, self-control, joint action and, above all, unity of all Hellenism”. 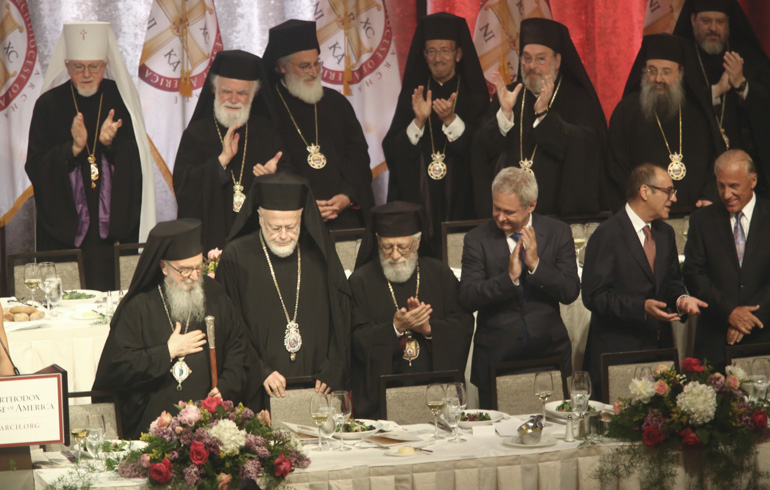 Ambassador Andreas Mavroyiannis conveyed the greetings and congratulations on behalf of the President of the Republic of Cyprus to Archbishop Elpidophoros, as soon as he thanked wholeheartedly the former Archbishop of America, Demetrios, for his “excellent ministry” over the last 20 years.

In his speech, Archbishop Elpidophoros expressed his gratitude to all for this glorious day for the Archdiocese of America: “I feel like we are celebrating the Resurrection.  But just now I start my ministry here. And I wonder if it is possible to have the Resurrection before the Crucifixion… As Archdiocese and as the Church of the Lord, we have a lot of work ahead of us. Let’s get ready to lift the Cross”, said the new Archbishop of America, and, addressing his companions on this journey full of hope for the future, he added: “Together we can and we will succeed in transforming the Archdiocese into a Church that will fulfill every hope and every goal”.

In his brief addressing speech, the former Archbishop of America, Demetrios, said that as Greeks and Orthodox Christians, we have a tremendous opportunity to share the testimony of the Gospel on love and faith to our fellow men.

“Archbishop Elpidophoros is a deeply religious man full of faith, firmly committed to the Church and the Ecumenical Patriarchate, who has a strong judgment, a man who has succeeded. So he can do things in the direction of the creative continuation of the mission of the Church”, said Archbishop Demetrios at the end of his speech.