On October 5, 2022, His Eminence Archbishop Elpidophoros of America welcomed His Beatitude Patriarch Theodoros II, Pope and Patriarch of Alexandria and all Africa, to the United States.

His Beatitude was accompanied by Their Eminences Metropolitans George of Guinea and Nikodimos of Memphis and Sub-Deacon Moses Kariuki Maina. The historic visit marks the first ever to the U.S. by a Patriarch of Alexandria.

Upon arriving at the airport, His Beatitude was also greeted by Archdiocesan Chancellor Archimandrite Nektarios Papazafiropoulos, Rev. Protopresbyter of the Ecumenical Throne Alex Karloutsos, Chancellor of the Archdiocesan District Rev. Protopresbyter of the Ecumenical Throne Elias Villis, and Chancellor of the Metropolis of New Jersey V. Rev. Archimandrite Christoforos Oikonomidis.

They were joined by clergy and members of the Patriarchate of Alexandria residing here in the United States, as well as clergy from the Archdiocesan District. Meanwhile, children from the St. Demetrios Preparatory School and the Cretan Minos Association of Astoria came bearing flowers and welcome wishes— and were dressed in the traditional costume of the Patriarch’s home island.

The Order of Saint Andrew’s National Commander, Dr. Anthony Limberakis, and Vice-Commander, the Hon. B. Theodore Bozonelis, also welcomed His Beatitude Patriarch Theodoros. Later this week, His Beatitude will receive the Athenagoras Human Rights Award at the Order’s annual award ceremony and banquet on October 8.

On October 6, His Beatitude will meet with Roman Catholic Archbishop of New York Timothy Cardinal Dolan before making his first official visit to the Greek Orthodox Archdiocese of America for a Doxology service with His Eminence Archbishop Elpidophoros.

His Beatitude’s stay is scheduled to continue through October 12, 2022 and will include meetings with local religious and civic leaders and visits to a number of Greek-Orthodox communities in both New York City and Washington, DC. 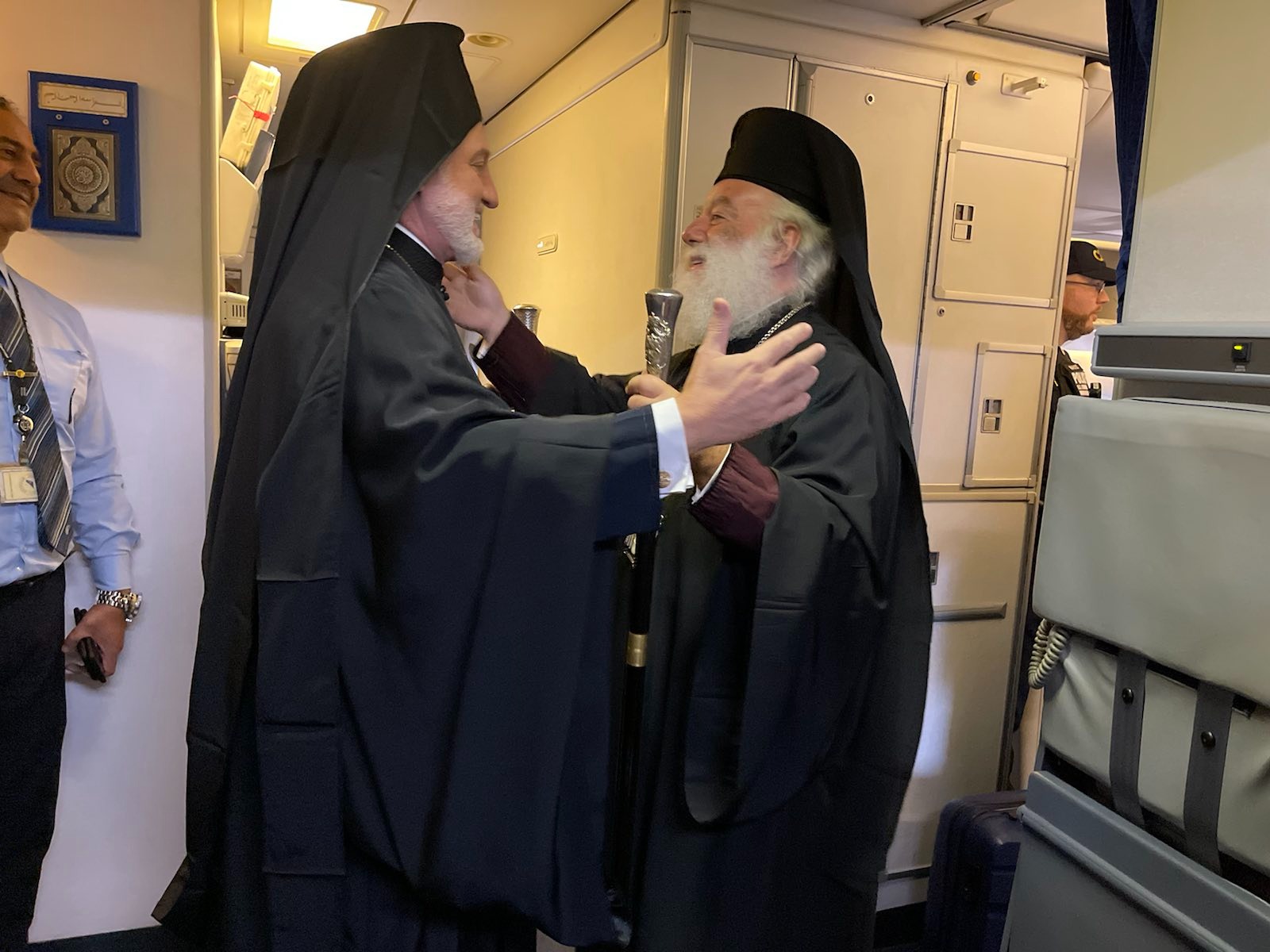 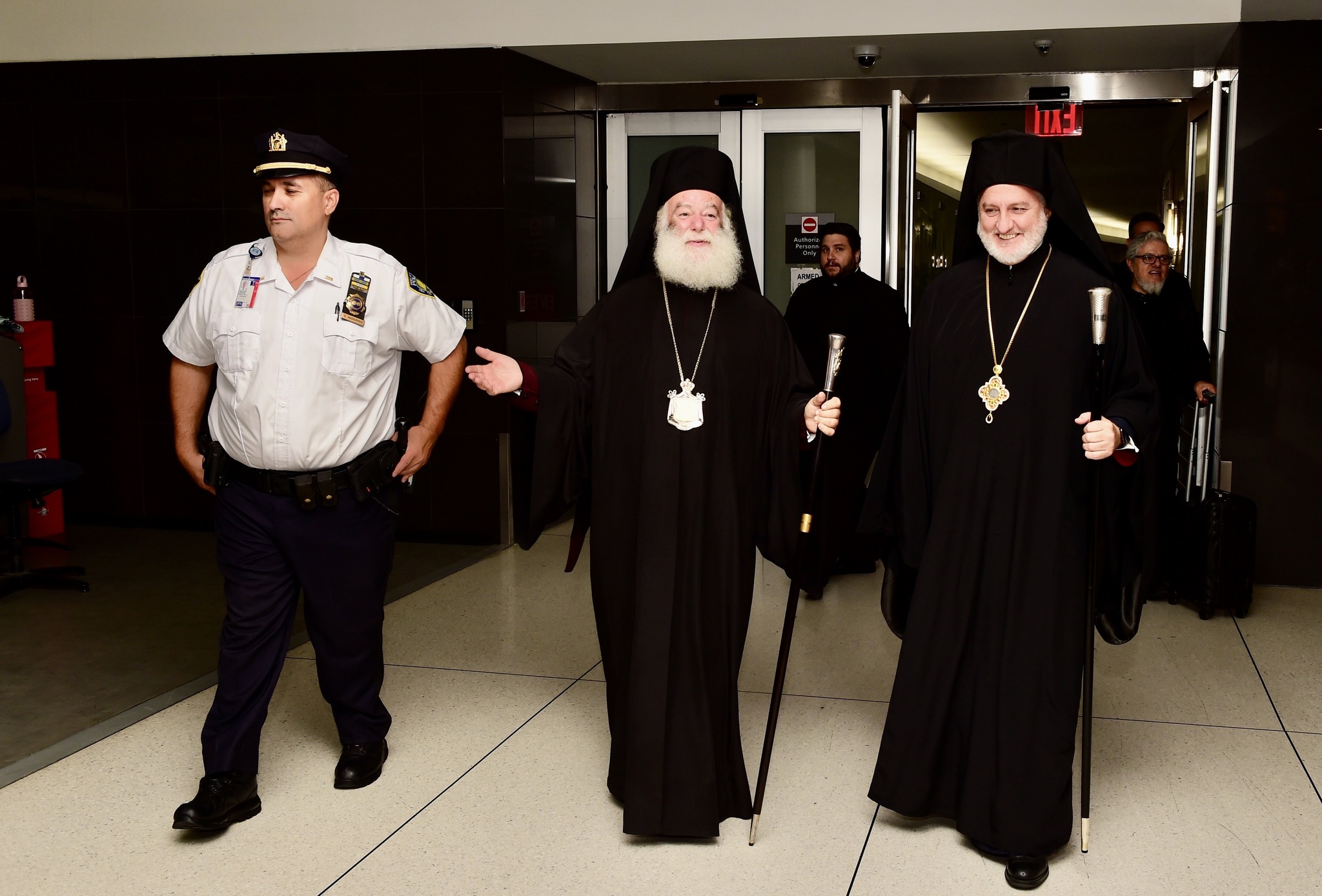 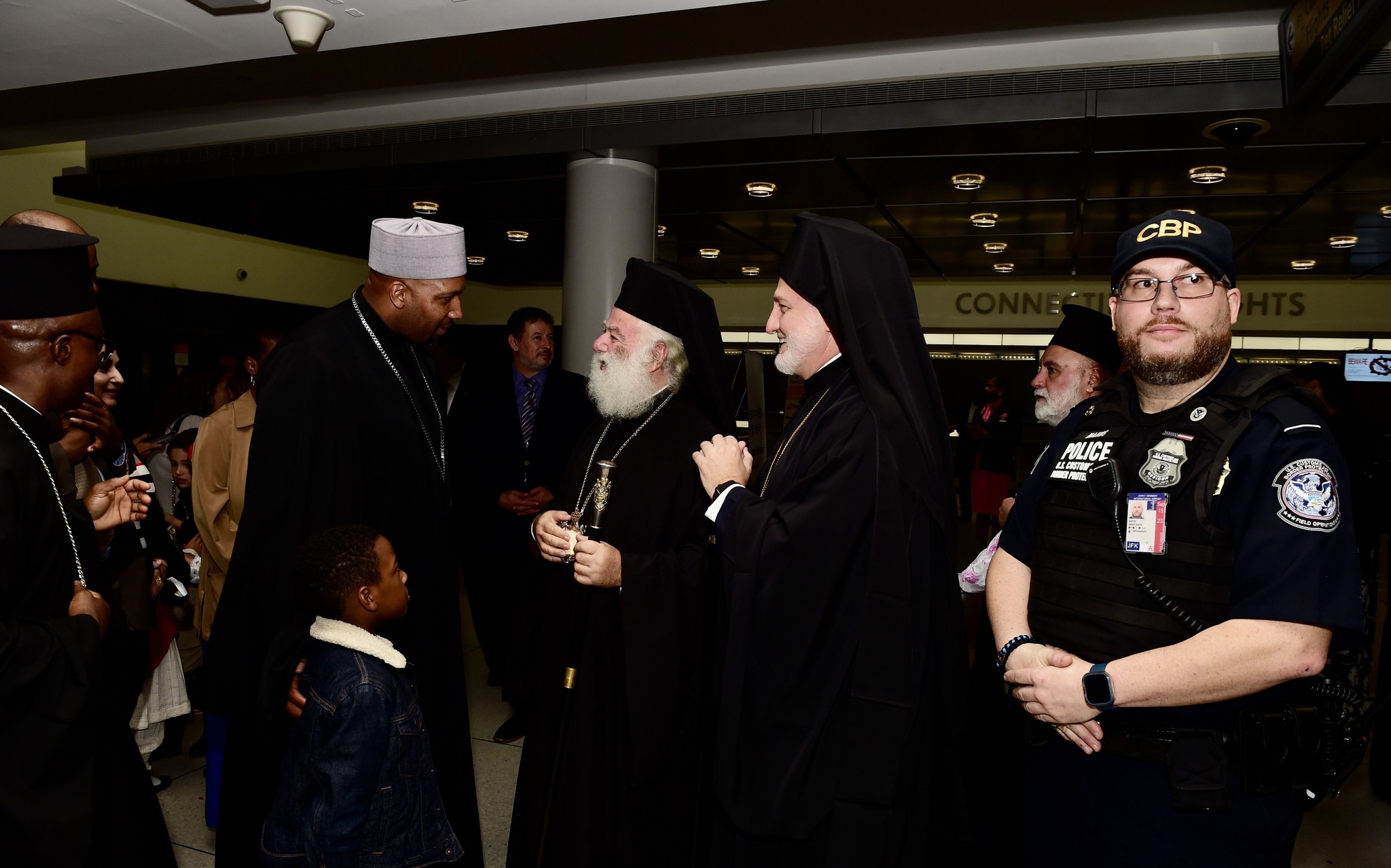 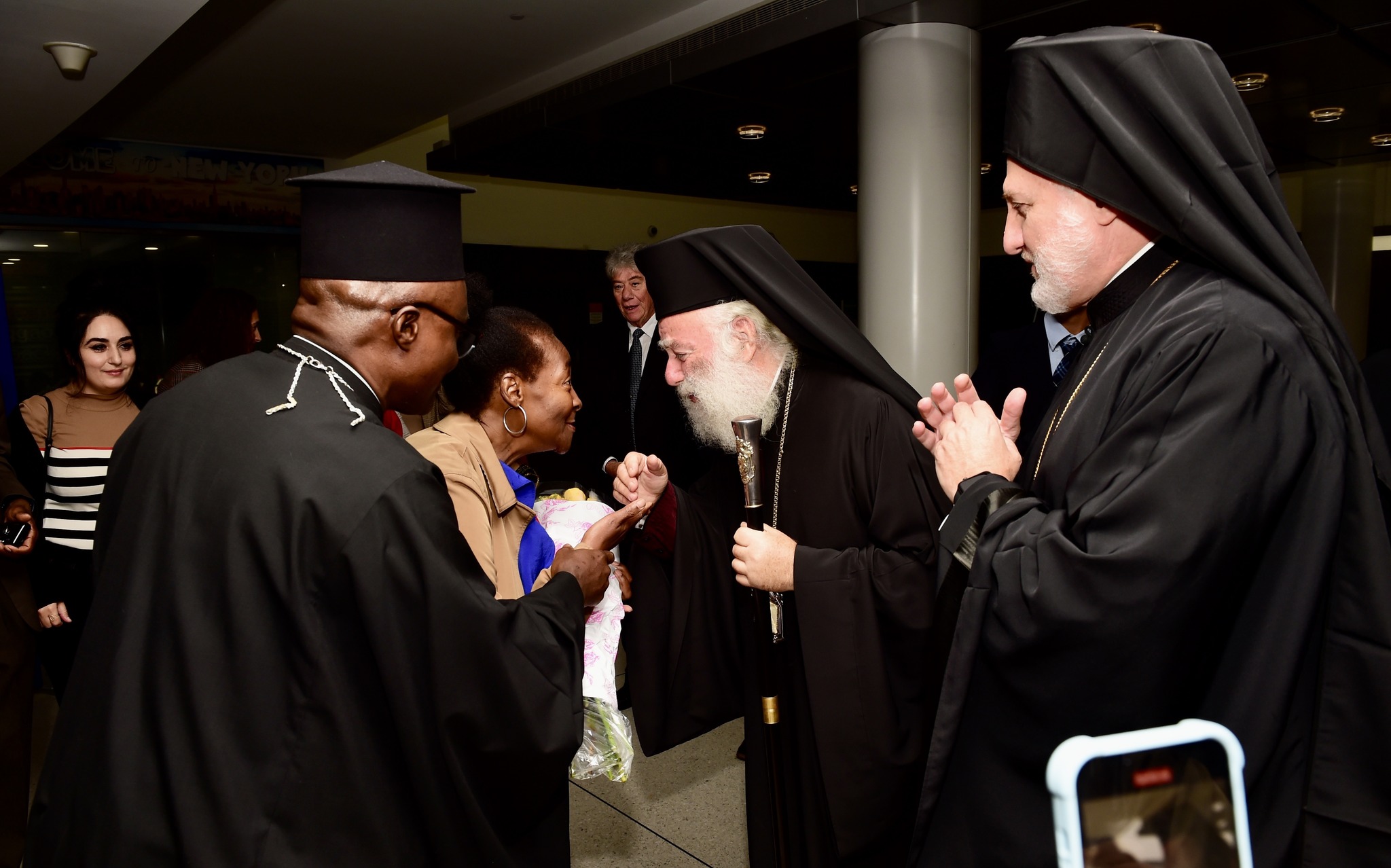 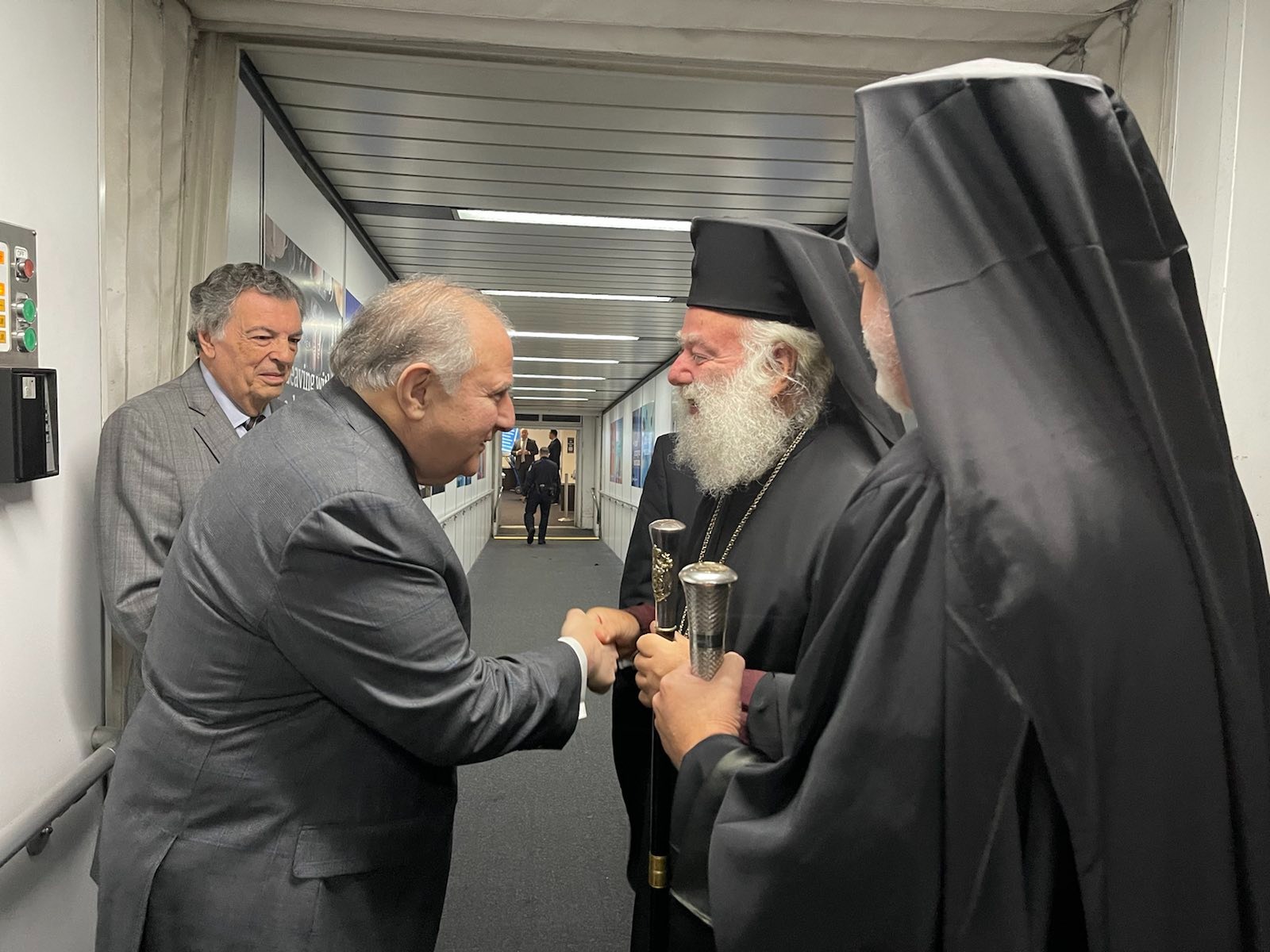 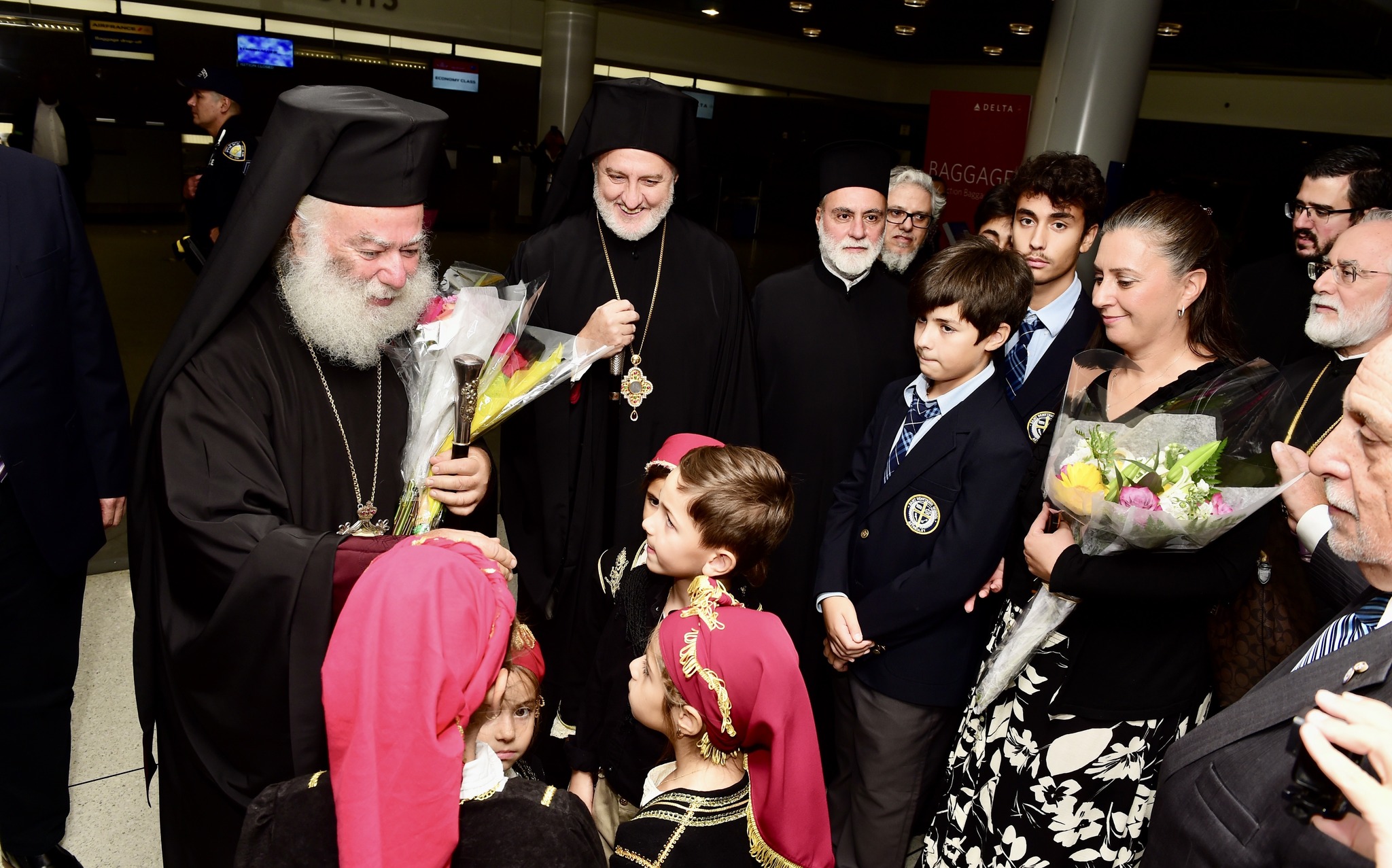 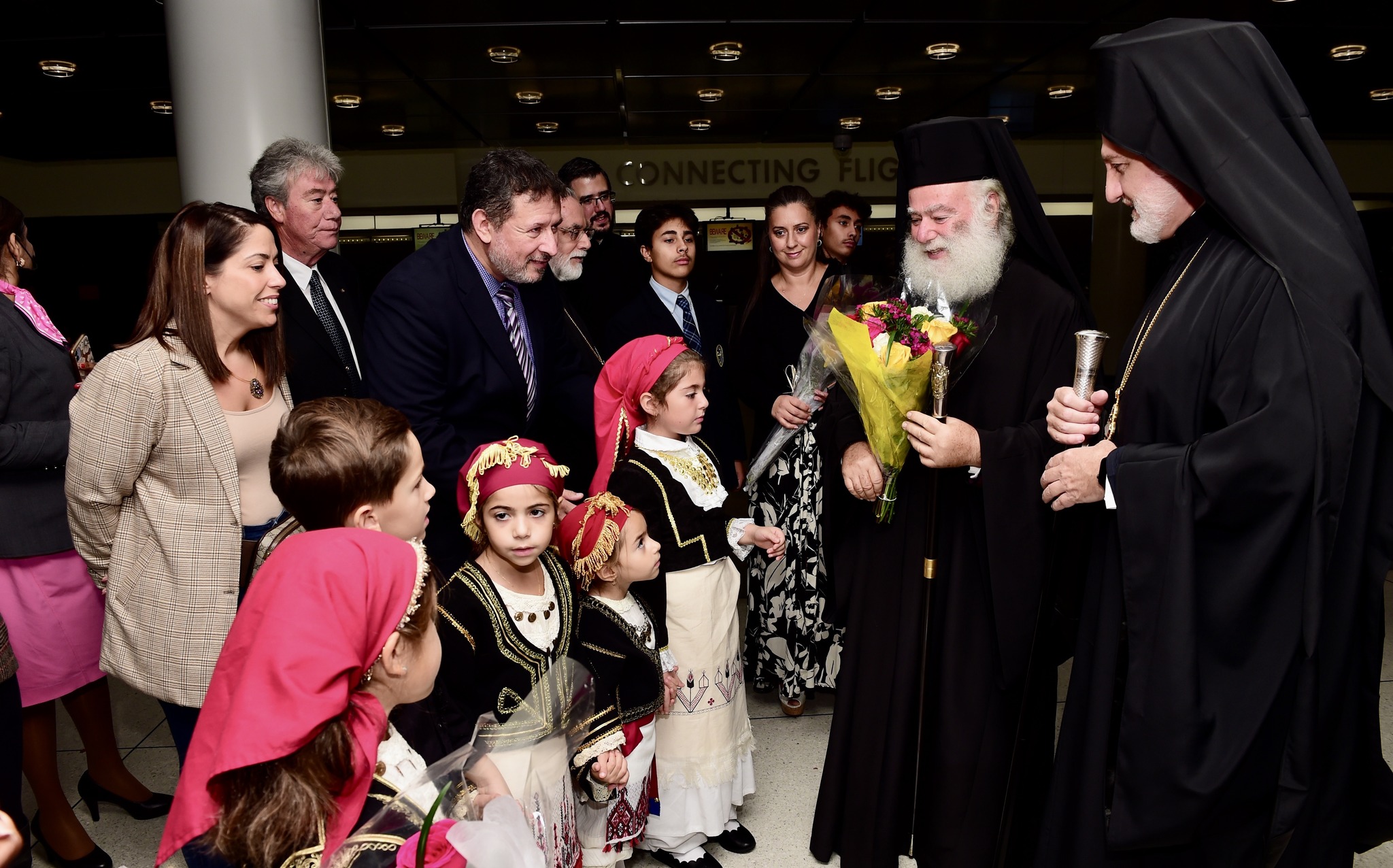 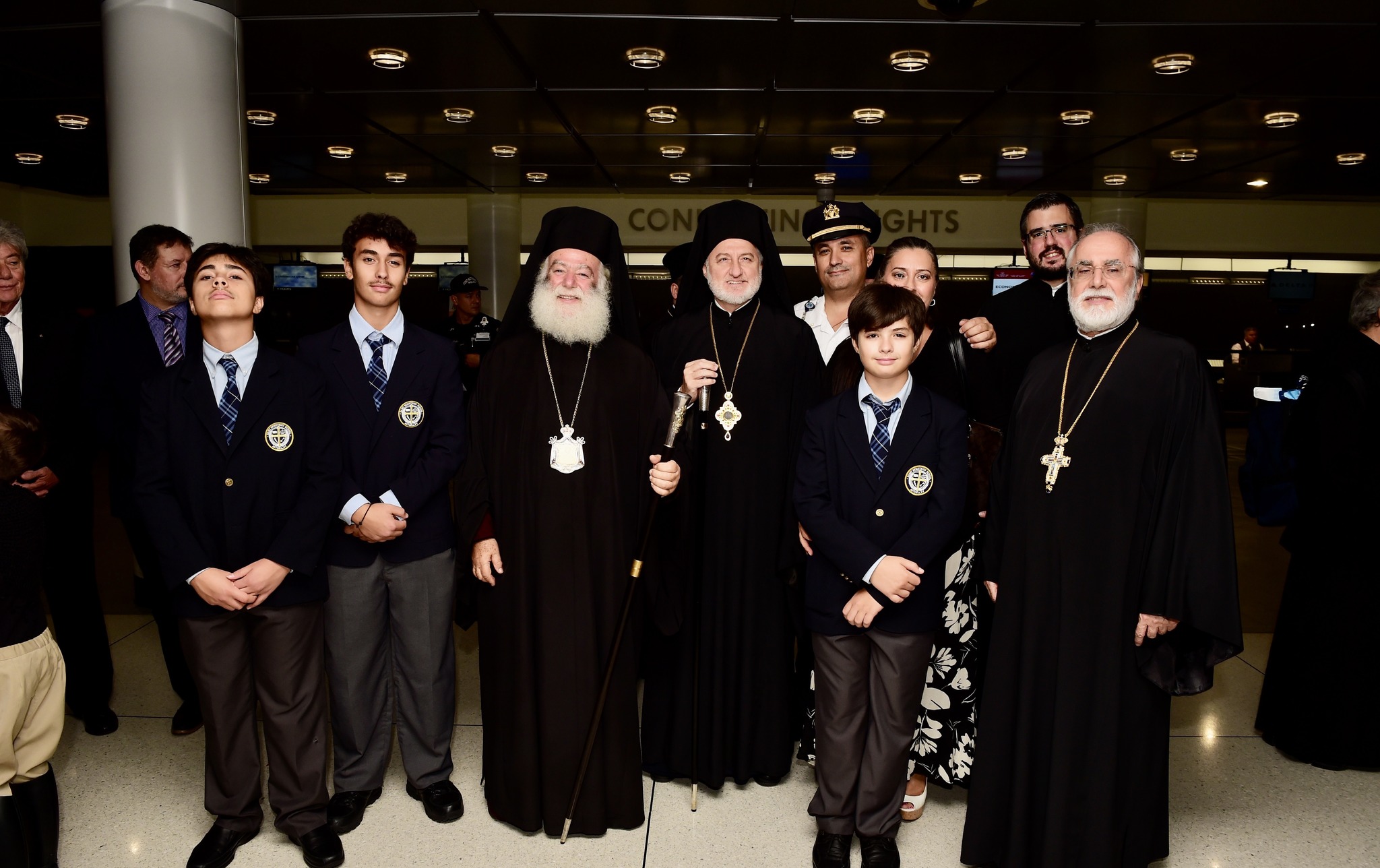 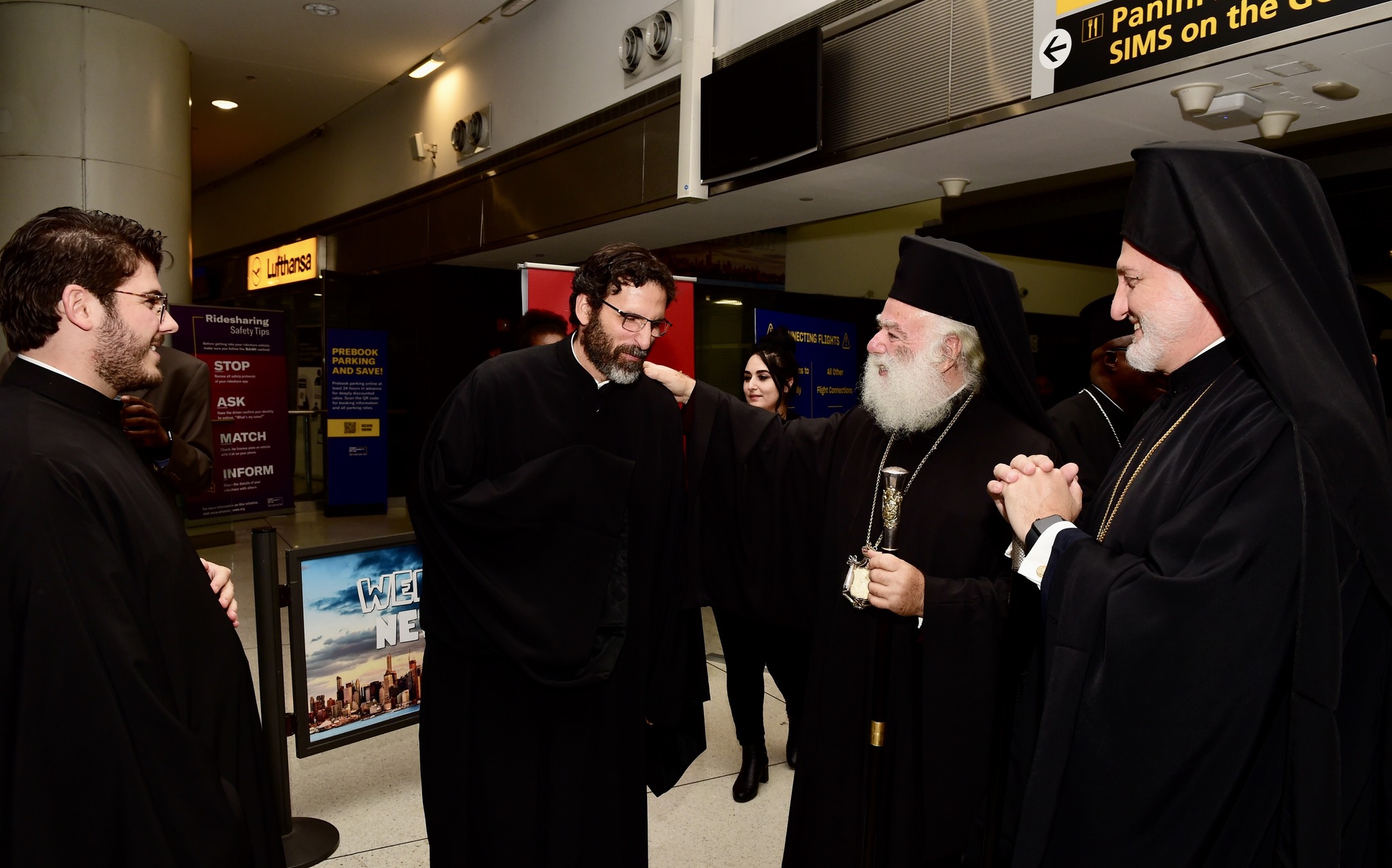 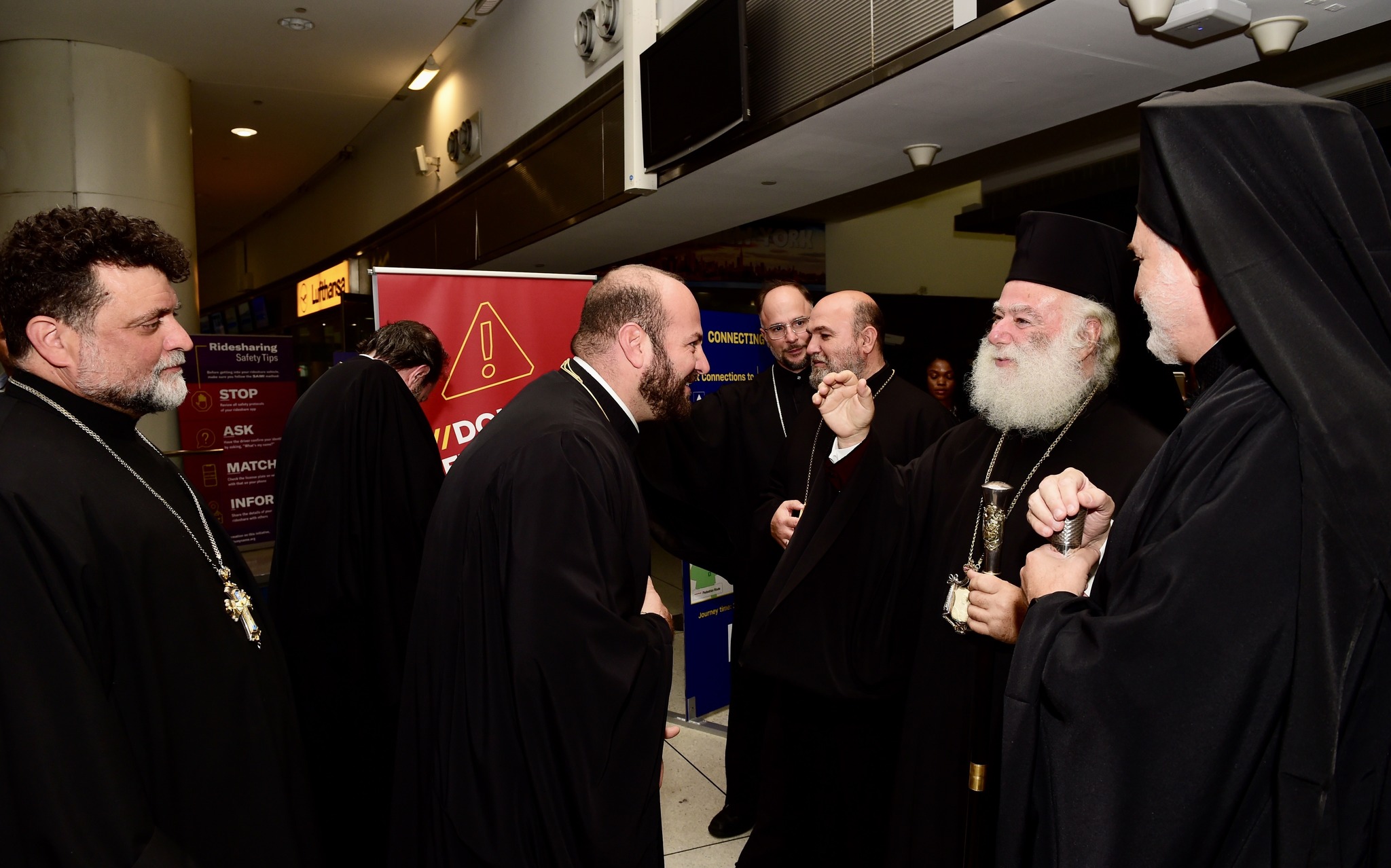 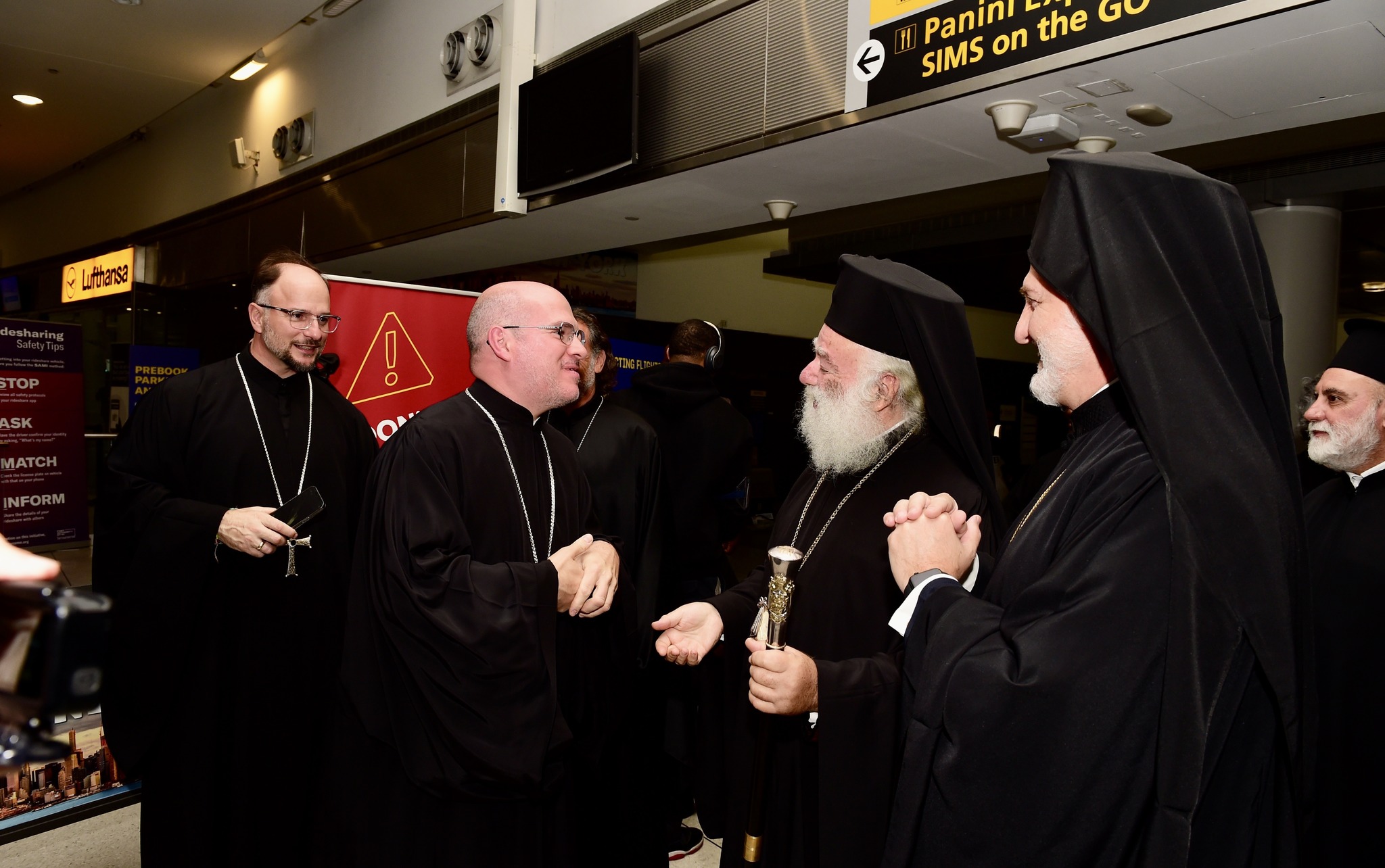 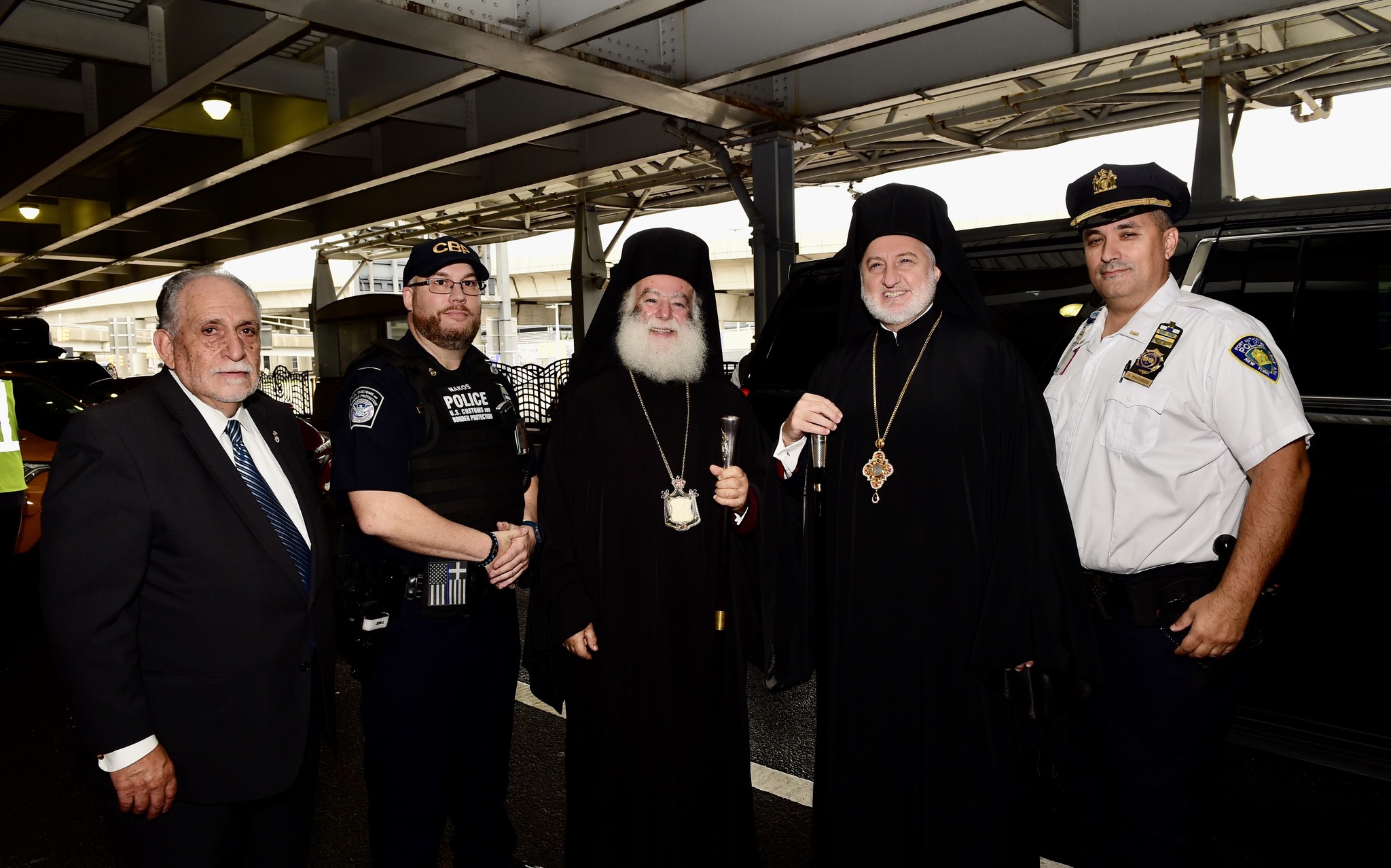 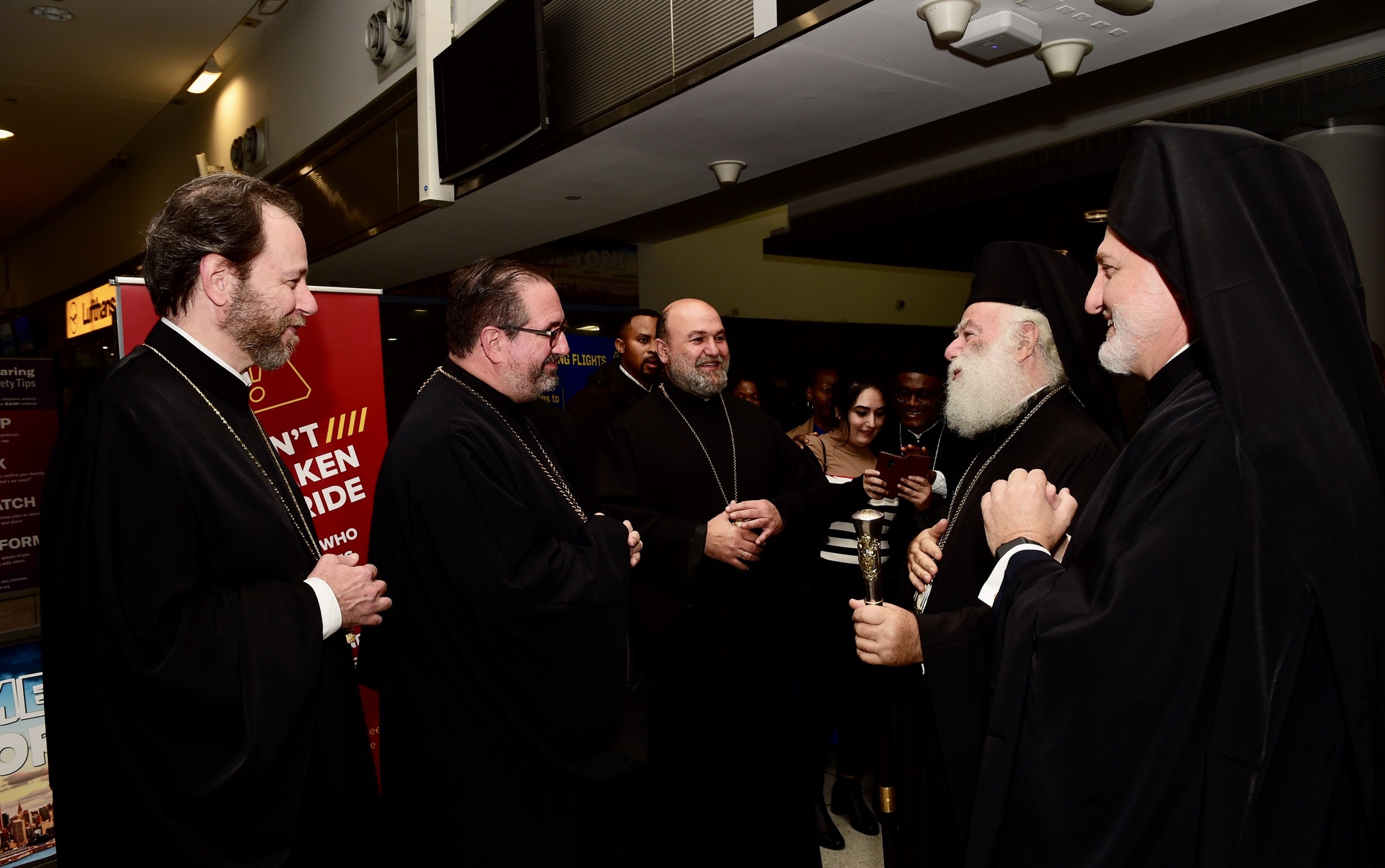 Tags: Archbishop Elpidophoros of AmericaArchdiocese of AmericaPatriarch of Alexandria and All Africa Theodore II

Memory of Saint Thomas the Apostle