The launch of the book entitled “Language and Freedom of Expression” was held at the auditorium of the “Dimitris Pantermalis” of the Acropolis Museum on Saturday, 19 November.

The book contains the minutes of the 7th International Summer University “Greek Language, Culture and Media” and was co-edited by Nikoletta Tsitsanoudis – Mallidis, Associate Professor of the University of Ioannina, and Dr. Patricia Koromvokis, Lecturer of the Modern Greek Studies Program at Macquarie University. The book was published in Sydney, Australia, and is supported by the Macquarie Greek Studies Foundation Limited and its honorable members.

The book commemorates the 200 years since the Greek Revolution and aims to highlight a series of current and modern scientific issues that emphasize the dialectical relationship between language and expression and, more specifically, the Greek language and the freedom of expression.

During the event, Archbishop Makarios of Australia in his virtual address warmly congratulated the two editors of the book and emphasized the importance of ethos in language which should be a part of the education of young generations. The Consul General of Greece in Sydney, Mr. Ioannis Mallikourtis, highlighted the value and the important role of the Modern Greek language in the diaspora emphasizing the effective contribution of the thriving and active community of NSW for the preservation of the language and also expressed his optimism that international collaborations, like the one between Macquarie University and the University of Ioannina, and the reactivation Exchange Programmes by the Secretary-General for Greeks Abroad & Public Diplomacy of the Ministry of Foreign Affairs strengthen the maintenance of the Greek language in the diaspora. Mr. Premetis, the President of the Macquarie Greek Studies Foundation Limited also gave a brief address reassuring the continuum support of the Foundation towards future projects. Dr. Patricia Koromvokis emphasized that the book is the outcome of successful collaboration and marks the beginning of other academic impactful synergies.

Mr. Prokopios Pavlopoulos, former President of the Hellenic Republic and Honorary Professor of the School of Law at the National and Kapodistrian University of Athens, and Mr. Nikos Xydakis, Journalist and former Deputy Minister of Culture and Foreign Affairs were the keynote speakers of the event.

Mr. Ioannis Chrysoulakis, Secretary General for Greeks Abroad & Public Diplomacy of the Ministry of Foreign Affairs, and Professor Polyxeni Pagge, Dean of the School of Educational Sciences also gave a brief address. The University of West Attica participated in the event. Cleo Sgouropoulou, Vice-Chancellor of the University of Western Attica addressed a greeting on behalf of the Rector Professor Panagiotis Kaldis. Professor Triantafyllos Albanis, Rector of the University of Ioannina, in his written message characterized the International Summer University as an academic activity of high standards.

Associate Professor Nikoletta Tsitsanoudis – Mallidis made important announcements about the future of the International Summer University “Greek Language, Culture and Media”. The event commenced with the reading of texts by the well-known actor Mr. Christos Loulis. Mrs. Alexia Koulouri, journalist and Head of the Hellenic Parliament Television, was the MC. The communication sponsor of the event was the Hellenic Parliament TV. 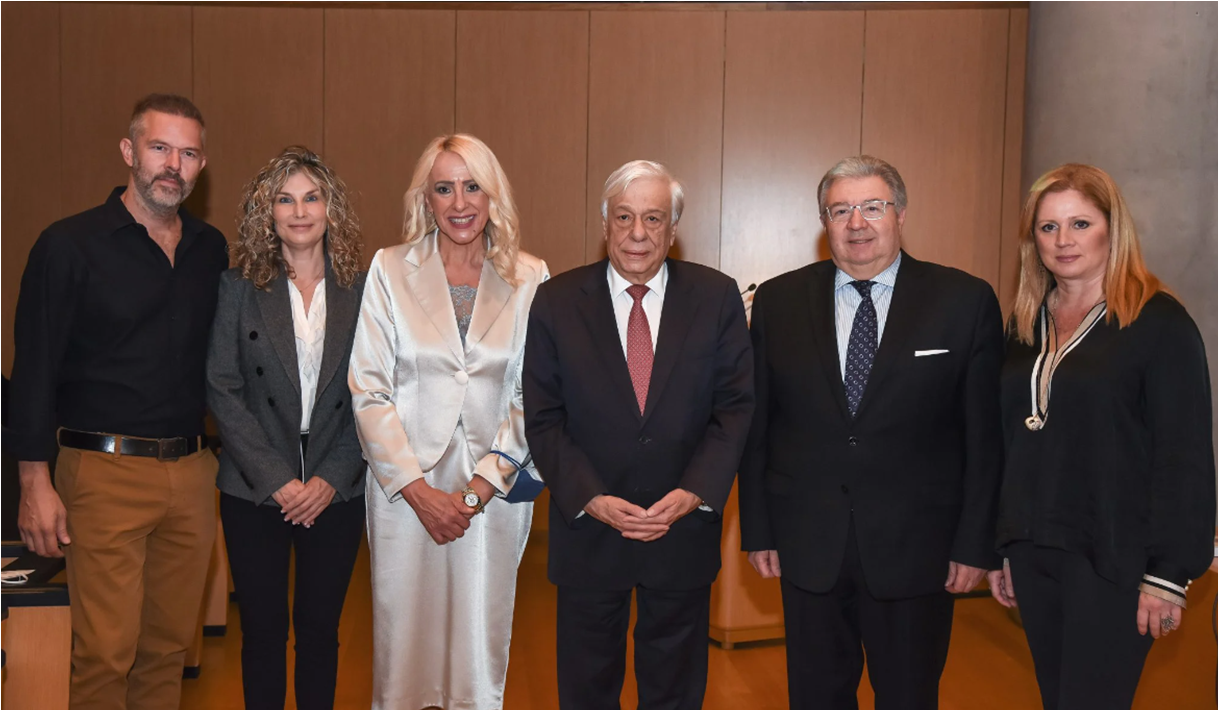