Researchers at the Yale School of Public Health in the United States, in collaboration with researchers from the Department of Cardiology at Yale School of Medicine, have announced that they are undertaking a new research project on the health benefits associated with the daily consumption of table olives.

This research project is being carried out in the framework of the activities related to the establishment of the proposed Yale Olive Sciences and Health Institute (YOSHI).

The mission of the proposed Yale Olive Sciences and Health Institute is to facilitate and coordinate rigorous study, robust research and creative interdisciplinary activities.

Through academic, public and industry partnerships, YOSHI will foster the investigation and dissemination of evidence-based best practices and guidelines pertaining both to sustainable olive and olive oil production and usage, and their downstream health benefits.

The idea and mission of the Institute have been widely supported by more than 70 international and national academic, research and private bodies active in this field.

The title of the study is “OLIVES FOR HEALTH” and its purpose is to assess the benefits for human health from the daily consumption of table olives.

For this specific research project at Yale University, organic Kalamata table olives with a high polyphenol content grown by Sakellaropoulos Organic Farms, (www.bioarmonia.gr) from Sparta, Laconia and Greece were selected.

These are organically grown olives, are produced without pasteurisation, with a natural fermentation process, without chemical additives or preservatives. These olives have superior organoleptic and quality characteristics, as confirmed by the top awards received at the biggest national and international competitions.

Based on analysis performed using Nuclear Magnetic Resonance (NMR) analysis, these olives contain more than 1700 mg/Kg of phenols and thus the daily consumption of 3 grams of olives provides more than 5 mg of hydroxytyrosol, tyrosol or their derivatives.

This is equivalent to the consumption of 20 grams of extra virgin olive oil, which when it contains the same phenol levels carries the European Union health claim (Regulation 432/2012) of protection against blood lipid oxidation.

The organic Kalamata table olives produced by Sakellaropoulos Organic Farms were chosen for exclusive use in the OLIVES FOR HEALTH study at Yale University because of their high phenol content and thus their potential health benefits.

The research project is currently in the final approval stages by Yale University’s Institutional Review Board (IRB) and is scheduled to begin in January 2022.

Scientific research and synergies are at the core of Sakellaropoulos Organic Farms since the company’s establishment.

Yale University’s new “OLIVES FOR HEALTH” research project is an innovative and robust way to potentially generate evidence that would facilitate the worldwide consumption of high-phenol, organic Greek table olives as a healthy, natural food with proven health-protective properties.

Additionally, it is worth noting that there is another significant research project in progress since 2018, using the Sakellaropoulos Organic Farms organic olive oils, carried out by the Harvard School of Public Health.

The company’s organic olive oils also participate in the Mediterranean Diet Intervention Trial titled “Feeding America’s Bravest”, which is being carried out by the Harvard School of Public Health on 1000 volunteer firefighters at 44 fire stations of the Indianapolis Fire Department (IFD).

“I have always trusted in the health-protective value of our olive products, believing that they belong to the category of bio-functional foods and it is a great honour for us to see our products being chosen to participate in such high-level research projects by university institutions. The goal is to scientifically prove that changing dietary habits in certain groups of people reduces the risk of disease to a high and remarkable degree,” Sakellaropoulos added. 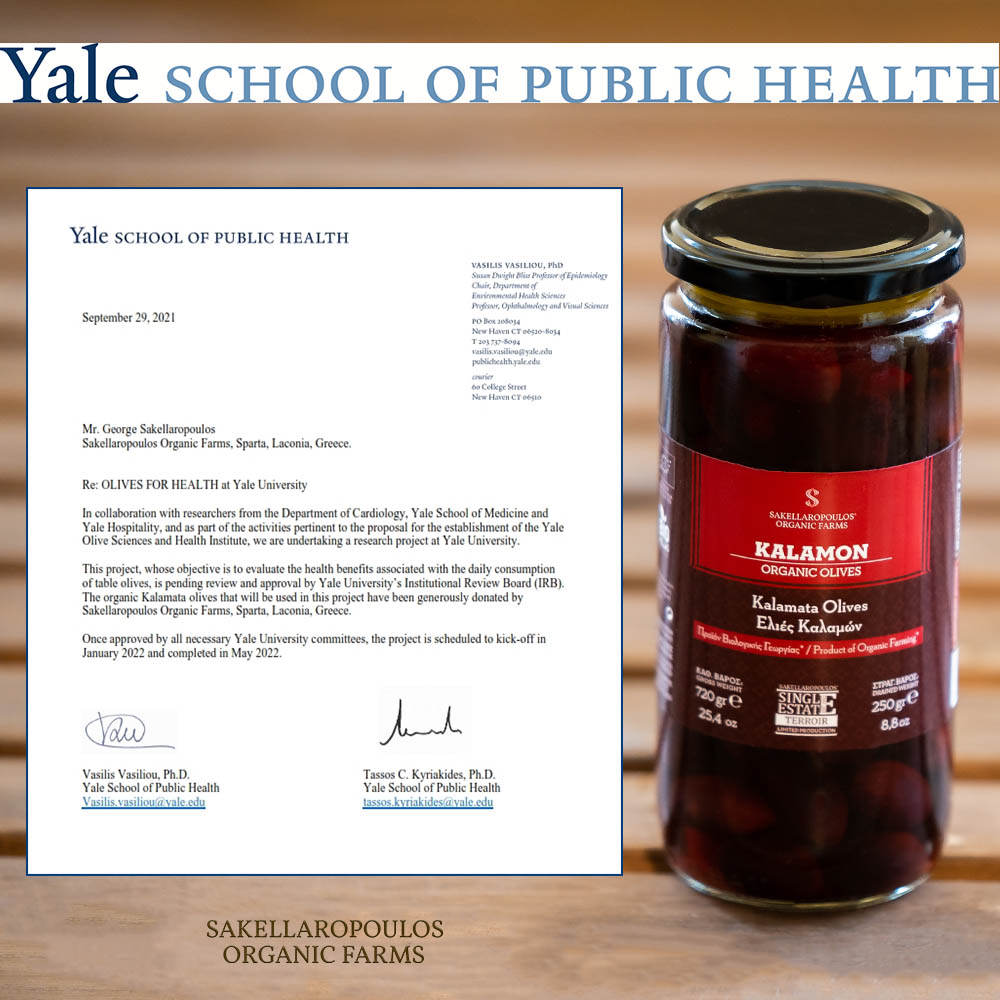 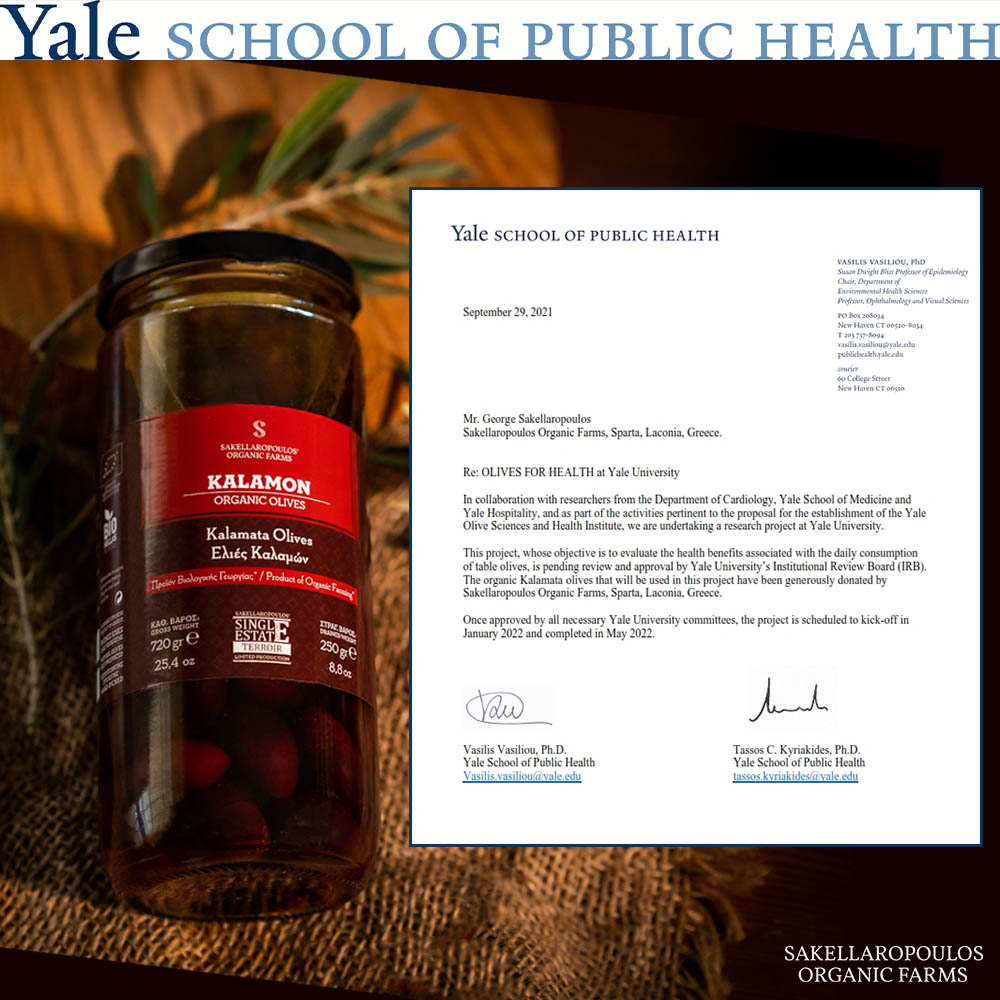 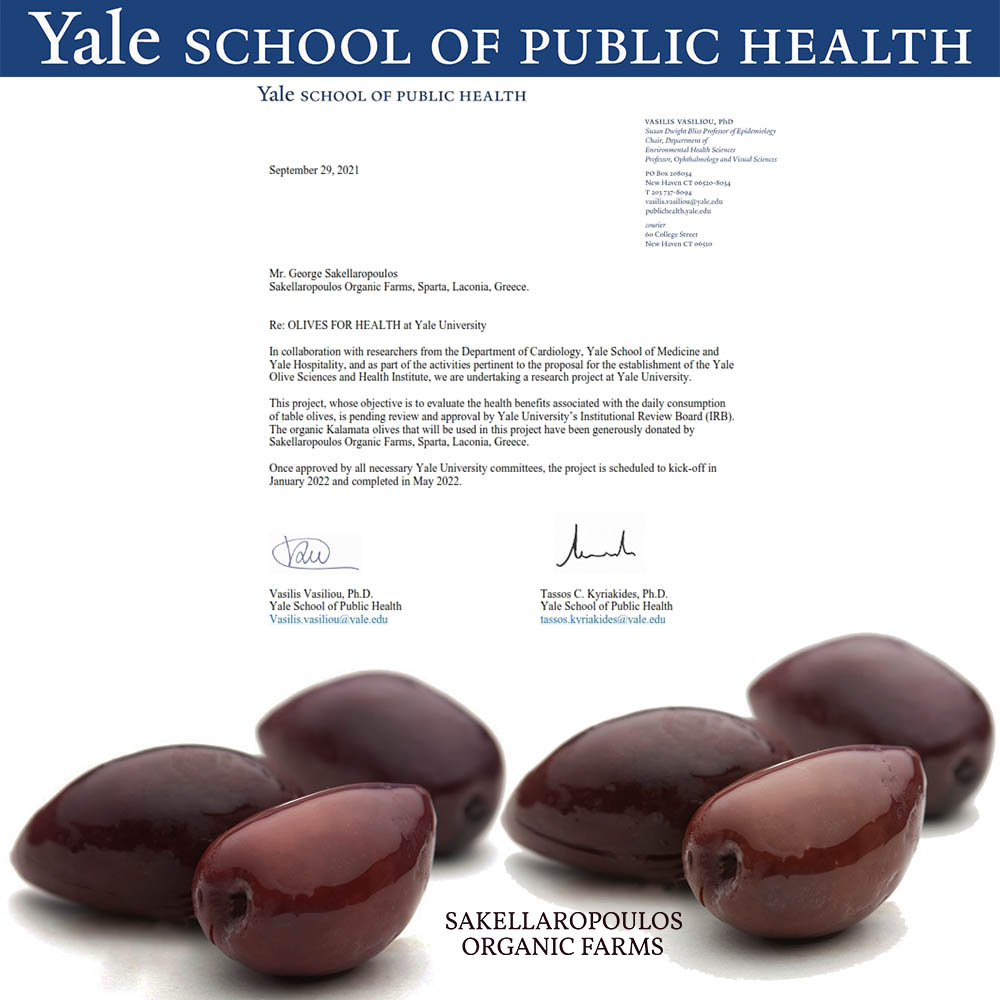 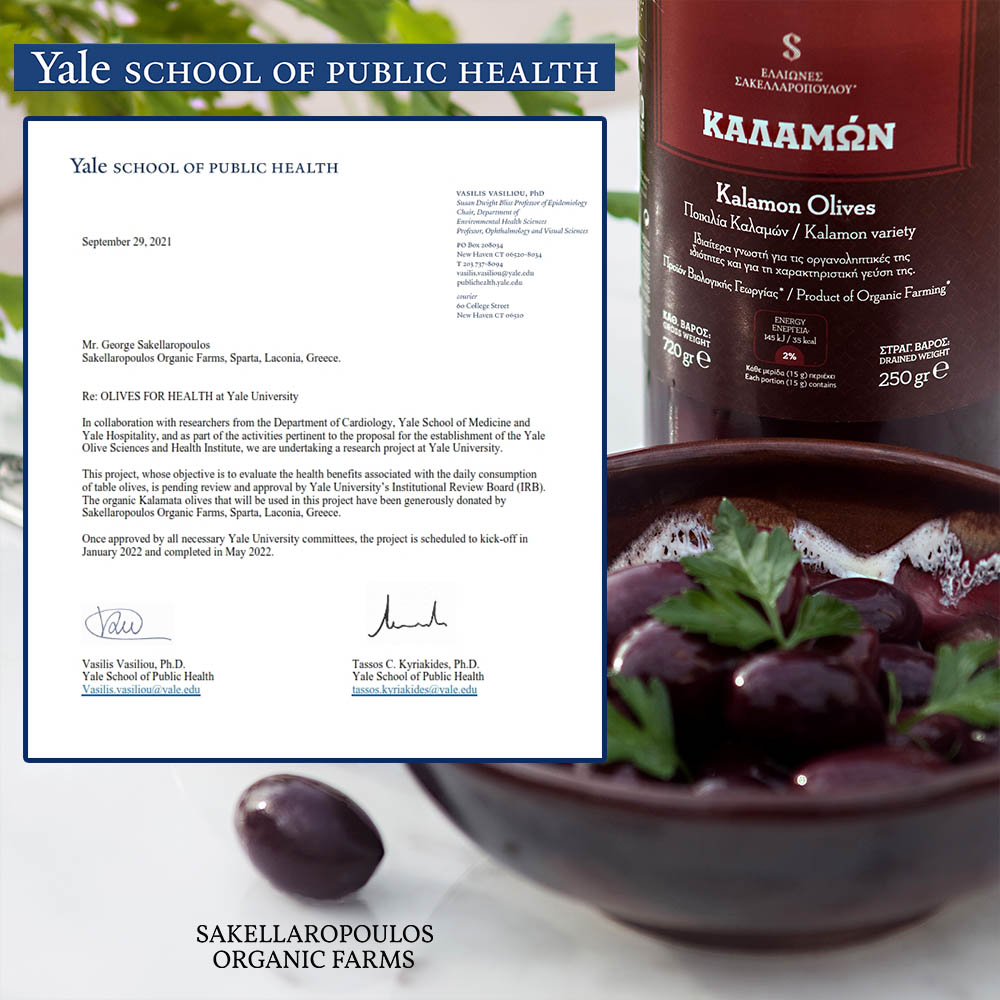 Sakis Kechagioglou, member of the Board of the Patriarch Bartholomew Foundation