The Spanish flu arrived in Greece in October 1918 at the same time as World War I.

Venerable Nicanor – protector of all of Western Macedonia – performed his miracle by saving the people of the area. And from then on, the residents vowed that they would commemorate him on that very day.

It was the first days of November 1918 when the deadly flu hit the city of Kozani and claimed the lives of young and old, indiscriminately. The deaths reached 172.

As soon as they departed, the monks of the Holy Monastery kept vigil and the next day, on the 6th November, a procession of the icon took place. As a result, the deaths stopped and the residents rushed to the churches to thank the Venerable for performing that miracle.

They decided to honour Venerable Nicanor by building a church which would bear his name. The Municipality of Kozani granted a location on a hill for the construction of the church, which is still located there to this day. 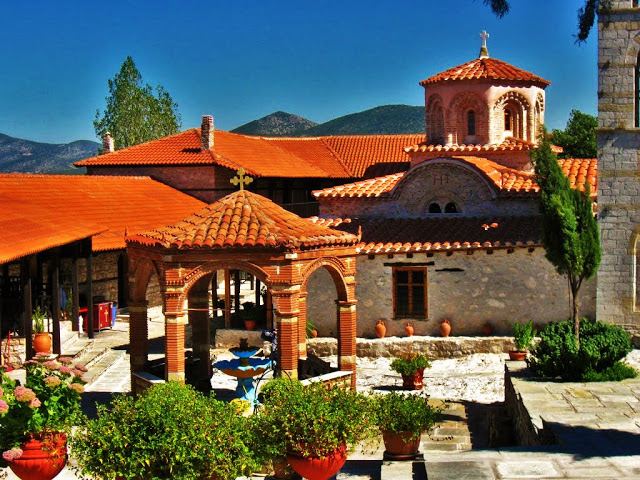 The Divine Ascension of our Lord

The History of Romania in One Object: Banner of Saint Stephen the Great

Memory of Saint John the Russian

Saint Patrick: The Saint who banished poisonous snakes from Ireland

Memory of the Apostles Carpus and Alphaeus

Orthodox Christians in Montenegro are being persecuted, Patriarch Irinej says