Maintaining the traditions and customs of the first Greek settlers that arrived on the American continent, St. Photios National Shrine hosted its Third Annual Vasilopita Celebration on Sunday, January 16, 2022, at the St. Photios Shrine in St. Augustine, Florida.

Hosted by Bishop Demetrios of Mokissos, Hierarchal Proistamenos of the Shrine, the event drew several dignitaries from the city of St. Augustine including Staci Spanos, Anchor, and Reporter, WJXT-TV (Jacksonville, FL), who served as the emcee of the event; City Commissioner Roxanne Horvath; St. Augustine Municipal Marina Harbormaster Eric Mauldin; and, Bishop Demetrios of Xanthos.

“Events like these are important to share the mission of the Shrine, as well as to keep our ancient faith and traditions alive in this country and keep Greek Orthodox traditions as a living experience,” said Bishop Demetrios of Mokissos.

Vasilopita was cut, first for all of the area Greek Orthodox ministries and parishes, then for each guest in attendance. The lucky winners received an authentic St. Basil coin and were blessed by Bishop Demetrios. This year the Orthodox Christian Mission Center received the blessing of receiving the piece of Vasilopita with the coin.

Archbishop Elpidophoros of America, as well as Archon Commander Dr. Anthony Limberakis, sent formal greetings which were publicly read. Archbishop Elpidophoros noted in his letter, “The offering of the annual Vasilopita is a wonderful way to inaugurate this New Year of the grace of our Lord, and I want to commend all of you for fulfilling this precious tradition.” 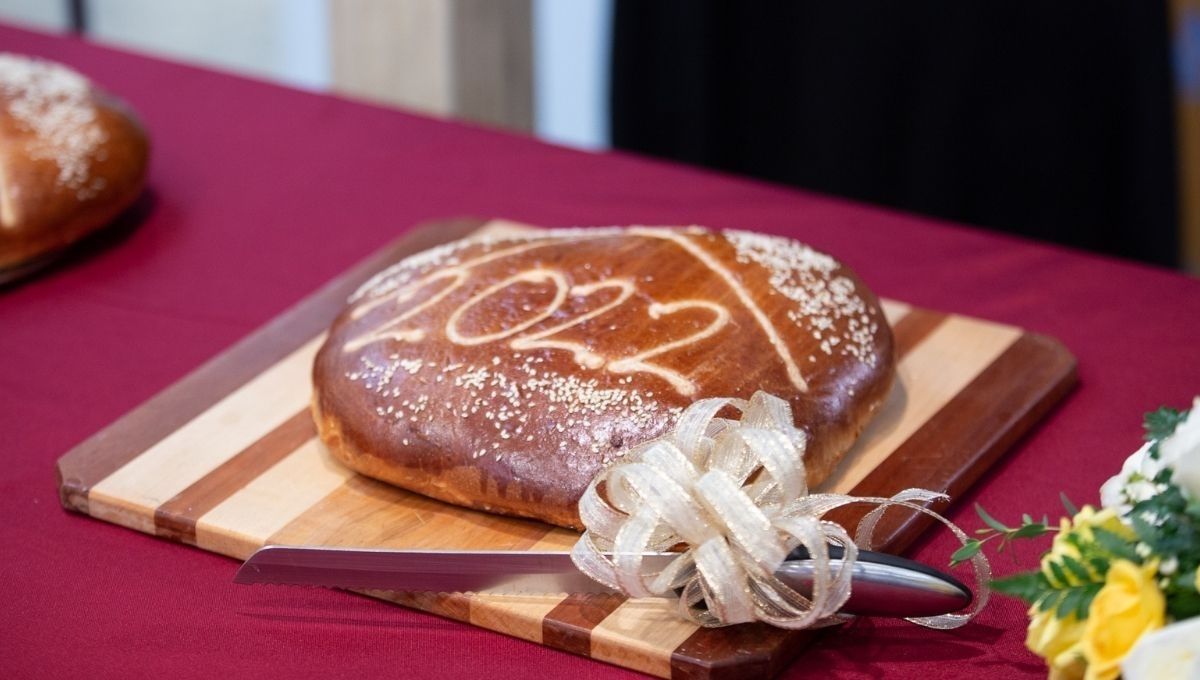 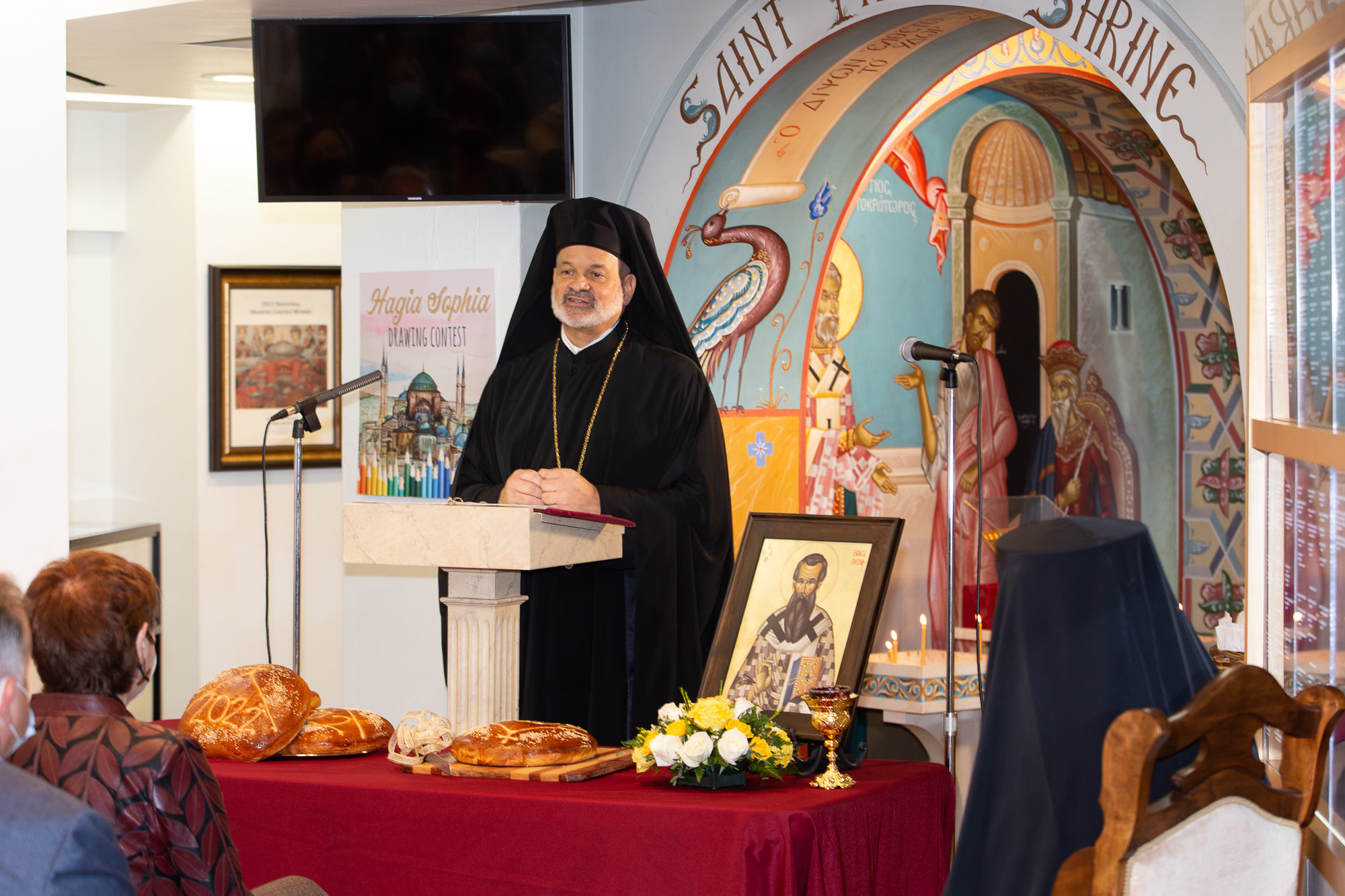 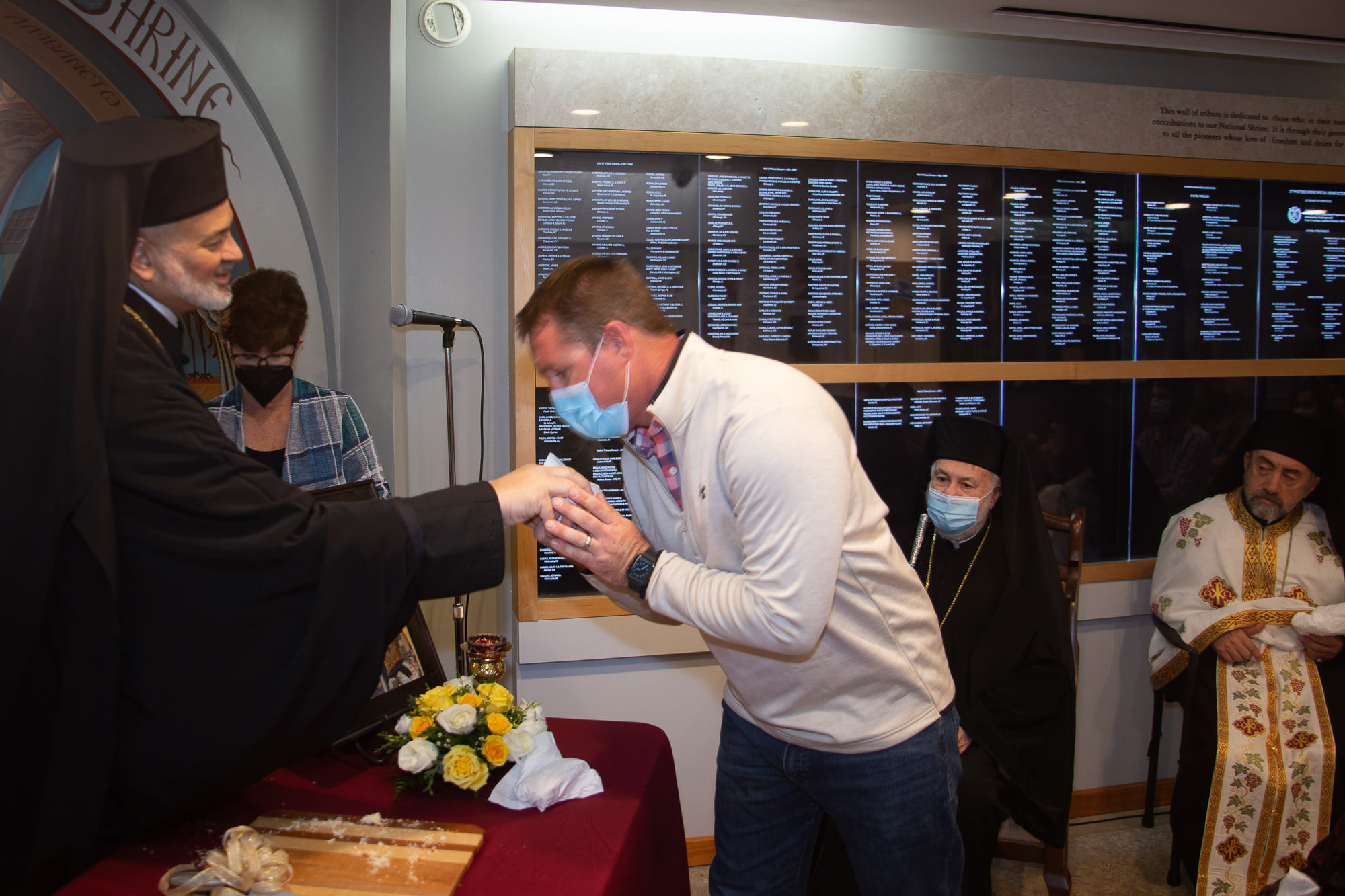 Archbishop of America: Thank you for your support to the Ecumenical Patriarchate

Archbishop of America: Race-based hatred is a long-seated cancer in America