Protopriest Nicholas Bobik, a clergyman of the Lviv Metropolis of the Autocephalous Orthodox Church of Ukraine, recently visited Metropolitan Joel of Edessa.

Metropolitan Joel received the Ukrainian clergyman with much love and expressed his support and prayers for the Ukrainian people suffering from the unjust and criminal Russian attack.

In fact, Metropolitan Joel offered to Fr. Nicholas Bobik a Holy Cross for the chest as well as a fragment of the Holy Relic of St. Kallinikos, Metropolitan of Edessa, recently canonized by the Ecumenical Patriarchate, which from now on will be deposited in the Holy Church of Our Lady of Gorgoepikoos in Lviv, where Fr. Nicholas is serving as a proistamenos. 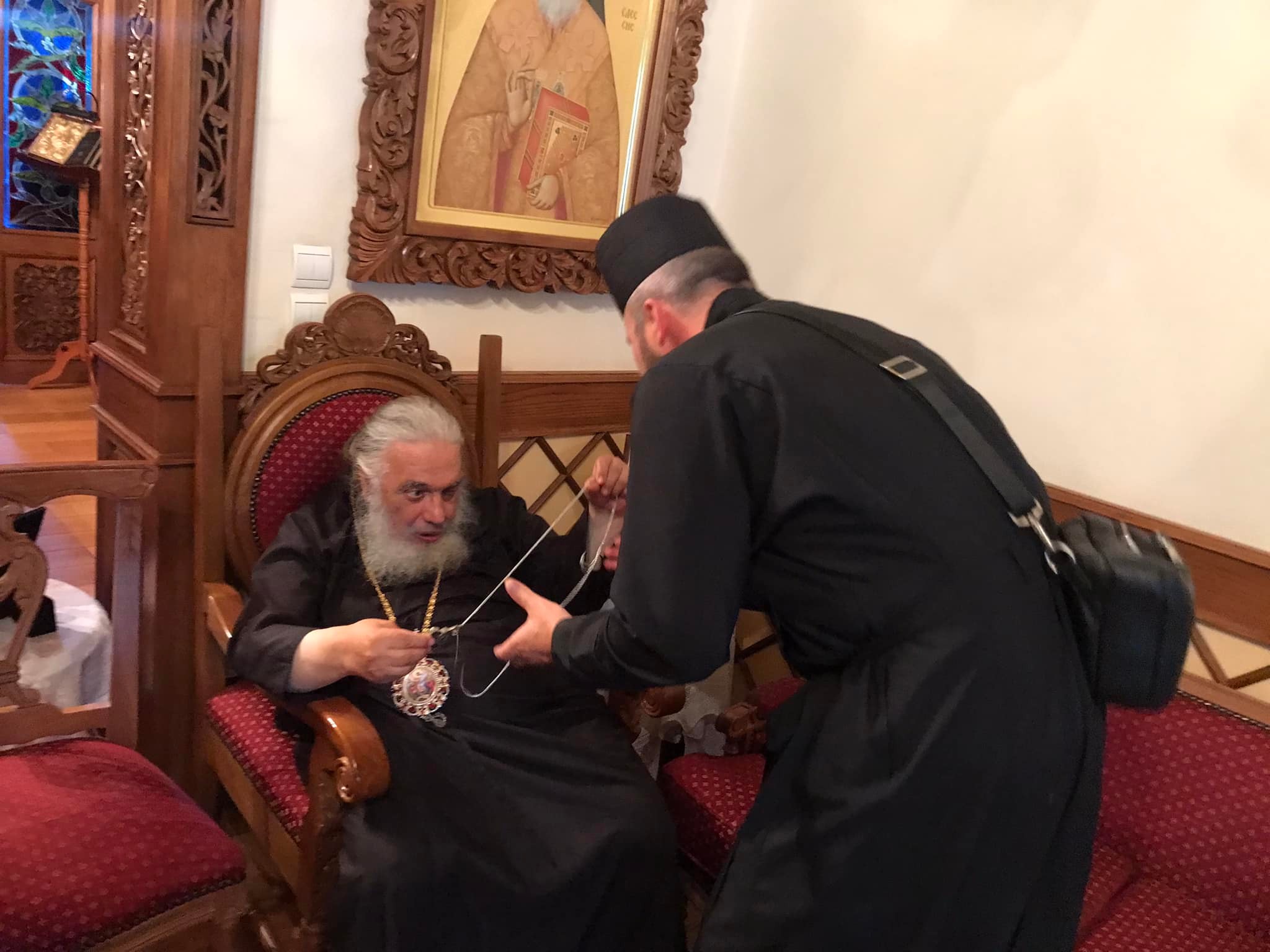 Metropolitan of Kyiv: Our history is closely linked to history of Greeks

Metropolitan of Kyiv to Ecumenical Patriarch: You freed us from opponents of truth

Filaret knew before the Synod about the content of the Tomos, Ukrainian Metropolitan says