The procession of the Epitaph in Sydney

With religious reverence, a large number of Faithful gathered on Holy Friday afternoon at the Cathedral of the Annunciation, in Redfern, Sydney, where in an encompassing atmosphere, the Epitaph of the Lamentation was performed by the Archbishop of Australia Makarios.

The High Commissioner of the Republic of Cyprus in Australia, Mrs. Martha Mavrommati, and the Consul General of Greece in Sydney, Mr. Christos Karras, were present, among others, with his wife, Commercial Attaché, Mrs. Katia Gikiza.

Archbishop Makarios, in his short speech before the end of the Service, addressed to the church two paternal prayers connected with Good Friday.

His first request to the faithful was to remember the people who are no longer with us.

“We must remember them and commemorate them,” he urged, while pointing out that at the base of this check, a prayer was offered outside at the Cathedral for all Greek immigrants who left their homeland and sought a better future in Australia.

Secondly, the Archbishop asked the faithful to remember death, being aware of the temporary nature of the present life. 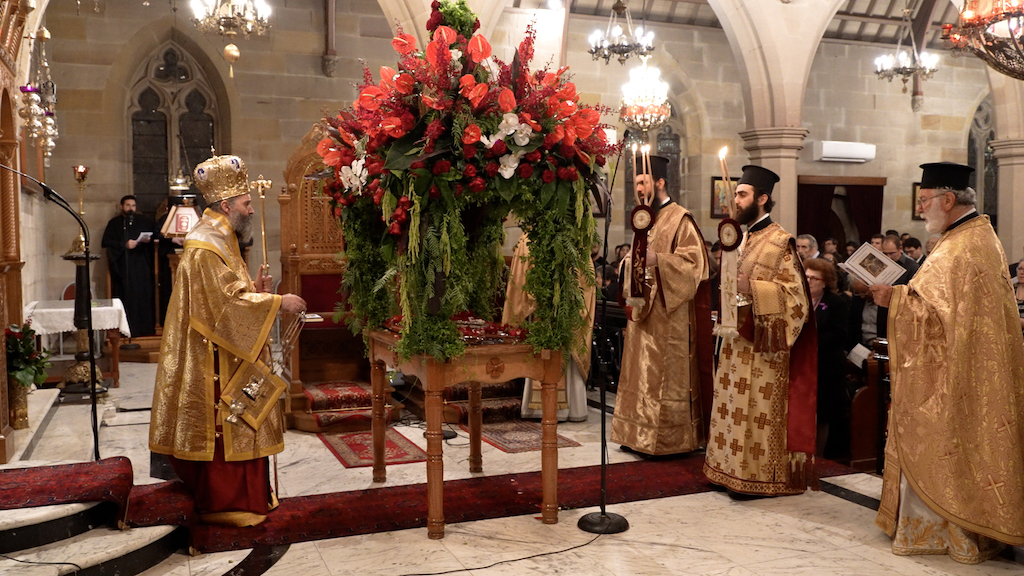 Blessing of the beginning of the New School Year at Saint John’s College, Preston

The Annual ‘Summer Greek Festival’ of the Parish of the Transfiguration of the Lord, Thomastown, VIC

Holy Friday at the Diocese of Chalkidona