The President of the Turkish Red Crescent visited the Ecumenical Patriarch

During the meeting the Ecumenical Patriarch Bartholomew was informed about the charitable mission and the multi-dimensional social work of the Turkish Red Crescent by the President of the organization, Dr. Kerem Kınık, who visited the Phanar today alongside with his colleagues.

The meeting, which took place in a cordial atmosphere, His Holiness congratulated the President and the members of the Red Crescent for the work carried out by it and the support offered to every fellow human being in need.

It is recalled that one of the pioneers in the establishment of the Turkish Red Crescent was the expatriate distinguished physician and philanthropist Marko Pitsipios (known as Marko Pasha), who served as its first President. 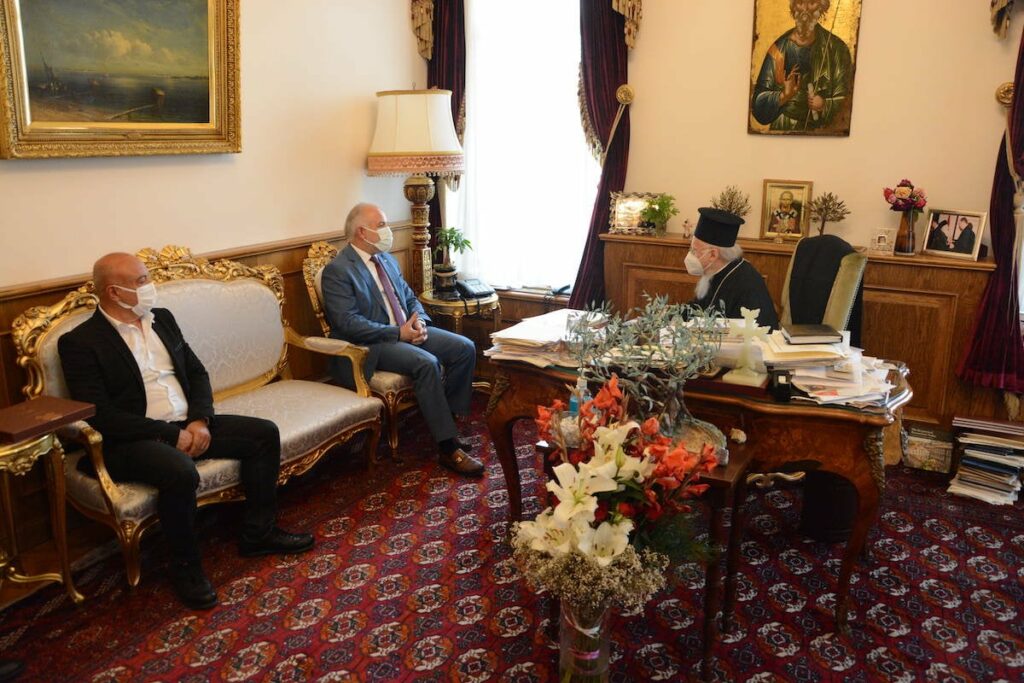 Feast of St. Euphemia was celebrated at the Metropolis of Chalcedon

Feast of St. Euphemia was celebrated in the Phanar (VIDEO+PICS) (UPD)

Vespers in memory of St. Euphemia in Phanar by Elder Metropolitan Dimitrios of Prince Islands (VIDEO)

Τhe new members of the Holy Synod of Ecumenical Patriarchate

Ecumenical Patriarch had a meeting with President of Ukraine (PHOTOS)