The Pontian Brotherhood’s Dinner Dance a Huge Success in WA

The Pontian Brotherhood of St George in WA recently hosted their August Dinner Dance at the function center of Alexander the Great.

In attendance was Bishop Elpidios of Kyanea, representing Archbishop Makarios of Australia, as well as the Greek Consul in Perth, Georgia Karasiotou.

Over 350 people attended the event which was one of the best Greek Dances to ever take place in Perth.

A huge thank you goes out to the Pontian Brotherhood’s committee members, sponsors, distinguished guests, parents of the dance students, family, and friends who attended and made this night as successful as it was.

Entertainment included performances by the Pontian Brotherhood’s junior and middle dance groups who performed three dances each for their first initial performances.

All of the 350+ guests were then invited onto the dance floor to dance the Tik altogether with the dance groups.

Initially, the Brotherhood had arranged for live Lyra & Daouli to be present from interstate, however, due to the WA government’s hard borders, these musicians were not able to be present.

Instead, the sellout dance was entertained by Perth local DJ Mikonic and also the Anastasis Live band who kept the dance floor packed with Greek and Pontian music all night long.

All in all, it was a wonderful night full of great food from the Souvla Boys and fantastic kefi experienced by all. It was great to see so many young families in attendance. 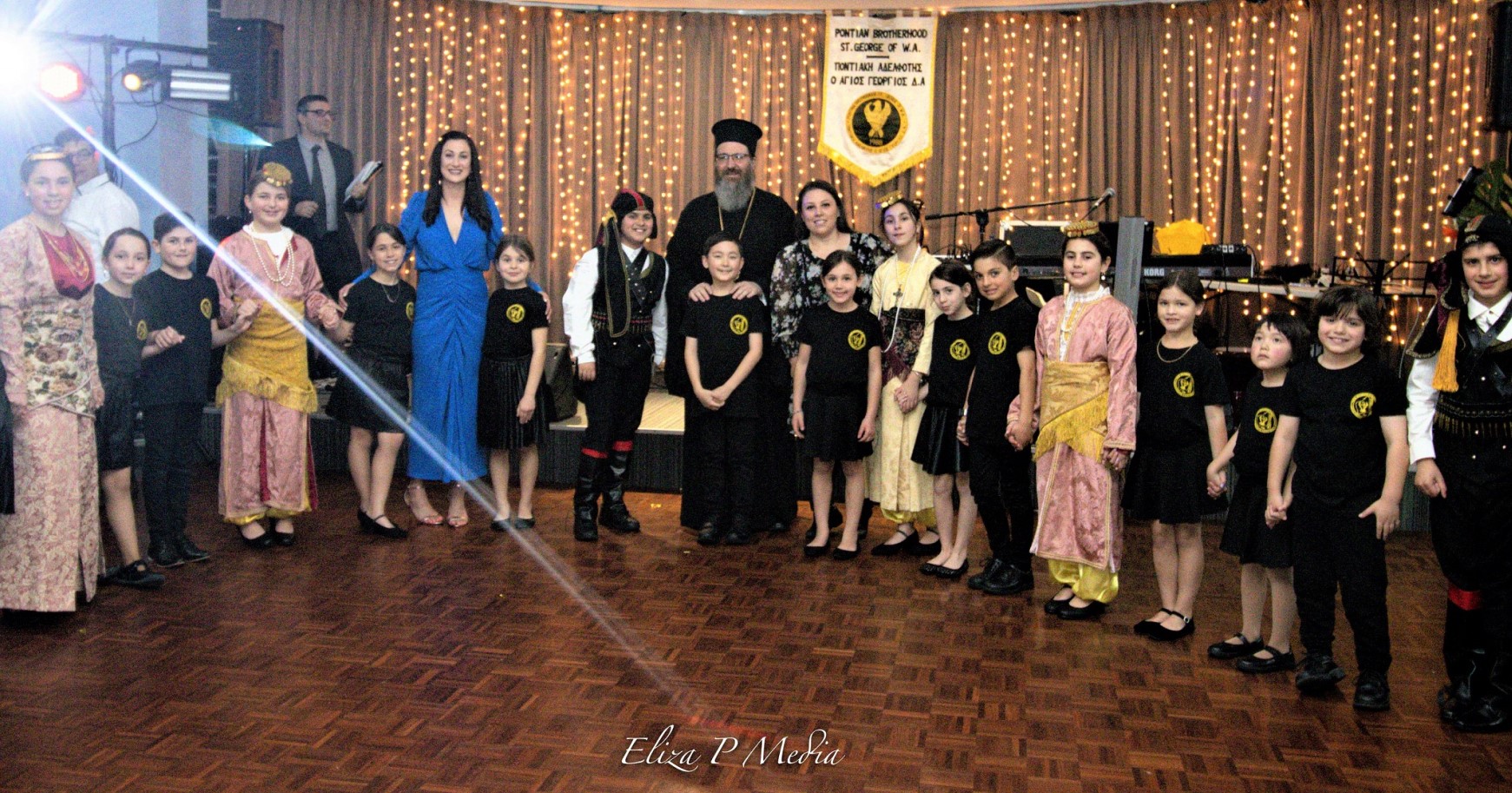 Archbishop of Australia: I do not distinguish the faithful between vaccinated and non-vaccinated

Perth: The Feast of the Exaltation of the Holy Cross

Chrysostomos of Smyrna: The Metropolitan who refused to abandon his flock and died tragically from the Turks