The Patriarch of Alexandria in the Diocese of Bukoba

The Missionary Journey of Patriarch Theodore II of Alexandria and All Africa continues at the re-established Holy Diocese of Bukoba, and he is accompanied by Sylvester Bishop of Gulu and Eastern Uganda and Archimandrite Elpidophoros Limnaios.

On Monday, October 18, the Patriarch of Alexandria, after an arduous and long journey, arrived in Bukoba and specifically at the Parish of Saint Fanourios, at the border crossing of Mutukula, where he received a warm welcome from the Patriarchal Vicar of Bukoba, Archimandrite Chrysostomos Maidonis, Agathonikos Bishop of Arousa, but also by a number of clergy and laity.

On Tuesday 19th October 2021, Patriarch Theodore went to the Holy Church of the Annunciation of the Theotokos at the Diocese of Bukoba, where the clergy of the Diocese, scientists, youth, and pious Christians were waiting for him, while there was also large participation of clergy wives of the Diocese.

A Doxology was sung there on the arrival of the Spiritual Leader of the African Continent, who had thanked the Patriarchal Vicar of Bukoba, Fr Chrysostomos, and the Hierarchs for their contribution to the Patriarchate made special reference to the Institution of the Patriarchate of Alexandria, which for 2000 years has kept the Orthodox Doctrine inviolable and transmits, unadulterated, the tenets of Orthodoxy to the peoples of Africa.

“I would like to open my arms and hug my children, the priests. Thank you my children for being close to me. I want you to be proud to belong to the Patriarchate of Alexandria. We are a real church, we are not something fake that comes and goes. No matter how many difficulties we have, we have stood for 2000 years, we have kept the Orthodox Doctrine intact and we are transmitting the tenets of Orthodoxy unadulterated throughout Africa. Heresies came, divisions came, so many problems came, but orthodoxy remained. Why; Because it is the work of Christ and no one will be able to eliminate it. Enemies will always come, from within and without, but our work continues because Christ is among us. ”

Patriarch Theodore then performed the rite othe wearing of the cassock of 17 seminarians, whom he asked to put Christ in their hearts and to become sowers of the Gospel, who will raise their hands and embrace their fellow human beings with love. The Primate of Alexandria then laid the foundation of the Theological Seminary “SAINT MARK ORTHODOX SEMINARY” of Bukoba, which will be named after the Founder of the Alexandrian Church, Mark the Evangelist.

Then, a Hierarchical Synaxis was held with the clergy of the Holy Diocese of Bukoba, where the Patriarch of Alexandria, among other things, stressed: “I know that your expenses are high, you have children, there are diseases. But the Church will never leave you. I want you to live with dignity, I never want you to feel alone. In our church we have difficulties, but with love, supporting each other, we will face them. Patriarch Theodoros loves you, does not forget you, and takes care in practice for the improvement of the conditions of your life “.

After the end of the Synaxis, Patriarch Theodore visited the “ANASTASIS” Hospital, where he performed the lesser Sanctification of Water at the beginning of the works of the new wing of the Hospital, which with its completion will give great breath to the health system of the area.

Ending the second day of his missionary journey in Bucomba, the Patriarch visited the area of Kayaga, where he was warmly received by the people. There he performed the Consecration of the Holy Church of Saints Paisios of Mount Athos and Porphyrios Kausokalyvitis at the “ARISTOTELIS” High School. This was followed by a festive event in honor of the Primate of Africa. 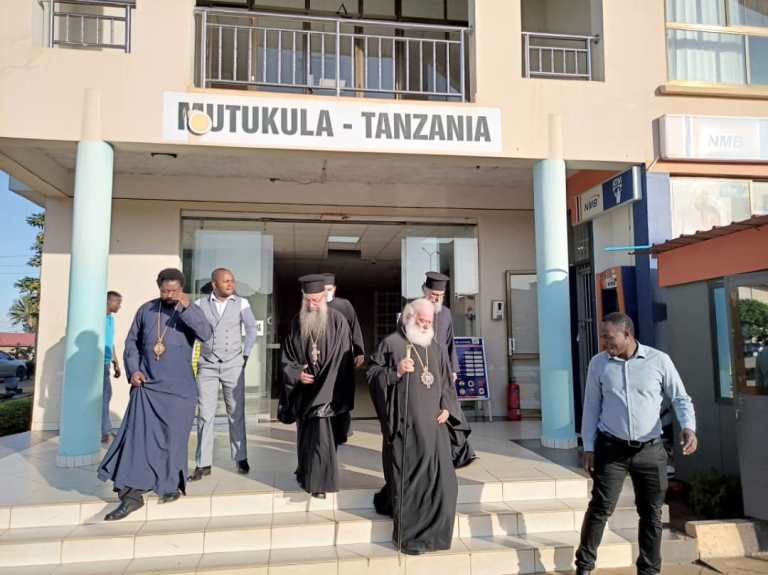 The Feast of St. Luke in Glasgow