On Tuesday, August 30, 2022, the new Archbishop of the Syriac Church in Jerusalem, Jack Yacub visited the Patriarchate of Jerusalem, with a small escort of his clergy.

The new Archbishop Jack Yacub was welcomed by Patriarch Theophilos of Jerusalem after the Geronda Chief Secretary Archbishop Aristarchos of Constantina and other Hagiotaphite Fathers.

According to the Status Quo, the new Archbishop visited the first among the local Churches of Jerusalem, Patriarch Theophilos of Jerusalem, upon assuming his temporary duties as Archbishop of the Syrian Church.

In the context of this visit, he discussed with the Patriarch issues of the pilgrimage Status Quo and issues concerning the situation of Christians in Jerusalem, Jordan, Syria, and Iraq and ways of helping and supporting them.

On this visit, Patriarch Theophilos offered the new Archbishop of Syria a silver painting of Jerusalem and an icon of the Mother of God and of the Sacred Edicule of the Holy Sepulchre. 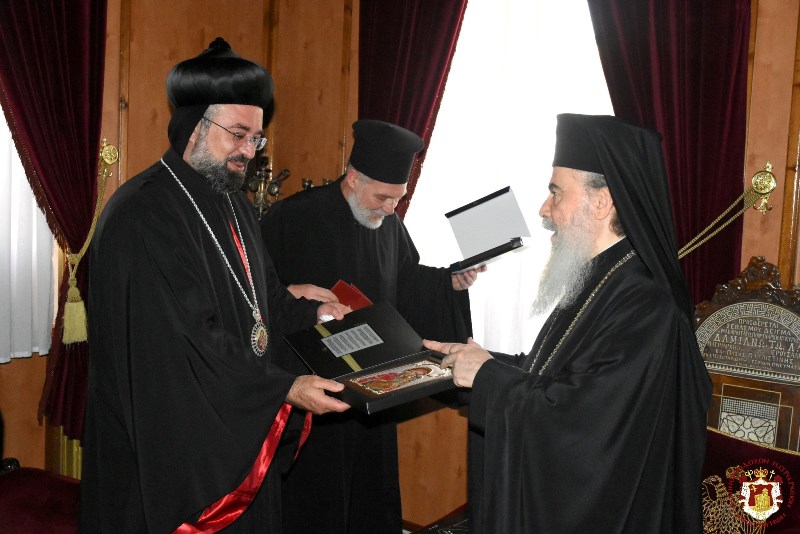 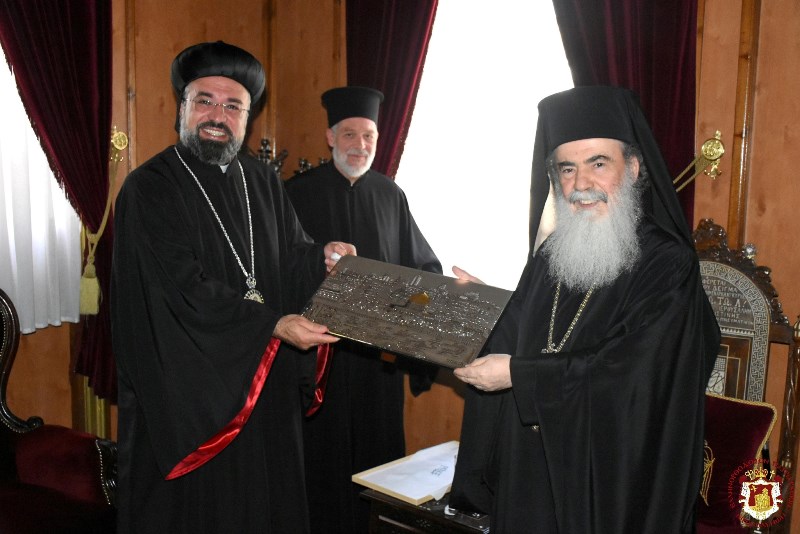 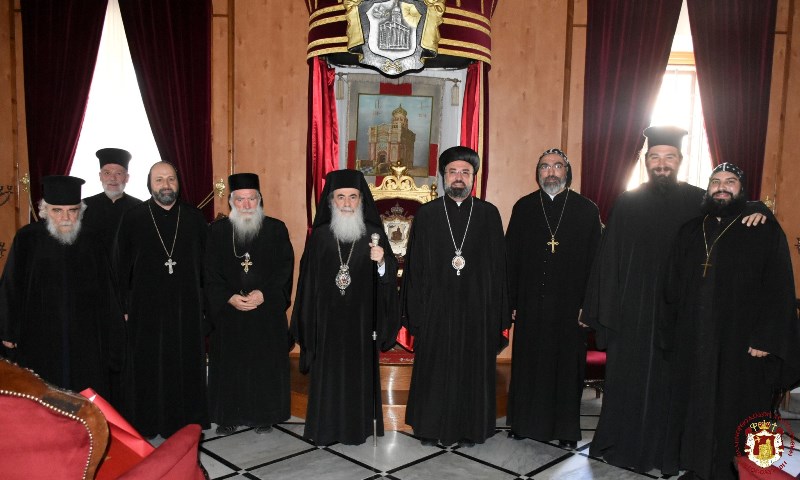 Meeting of the Orthodox Churches at the WCC: Making the Assembly a beacon of hope and reconciliation