A festive multi-Hierarchical Divine Liturgy was celebrated with splendour at the Cathedral of the Annunciation of the Theotokos, in Sydney, on Friday, 11th June, the day that our Church honours the memory of the glorious Apostles Bartholomew and Barnabas and on which Ecumenical Patriarch Bartholomew has his nameday.

The Divine Liturgy was presided over by His Eminence Metropolitan Seraphim of Sevasteia and was concelebrated with their Graces Bishop Iakovos of Miletoupolis and Bishop Emilianos of Meloa. In addition, the Archiepiscopal Vicar of Canberra, the Very Reverend Archimandrite Father Prochoros Anastasiadis participated along with many priests from Sydney.

On this joyous day, with the blessing of His Eminence Archbishop Makarios of Australia, His Eminence Seraphim ordained Deacon Dimitri Katsis to the priesthood. The Archbishop has travelled to the Ecumenical Patriarchate to convey to His All-Holiness the respects and wishes of the Bishops, the noble clergy and the Christ-loving people of the fifth continent and, as a Synodal member, he will participate in the work of the Holy and Sacred Synod.

In his ordination speech, Metropolitan Seraphim addressed advice and paternal counsels to the young priest, beginning with the exhortation: “To have this fear of God that you have today, in your whole life. Never become comfortable with the holy altar; never think that everything is a given,” he strongly emphasised to Fr Dimitri and continued, “What we have is the grace of God and we ought to respect it accordingly, and testify Jesus Christ with our lives and serve the Gospel.”

Recalling the words of Apostle Paul’s letter to Timothy: “be an example to the believers in word, in conduct, in love, in spirit, in faith, in purity”, he urged Fr Dimitri during his priestly journey to teach the faithful with his presence and example and, every moment, to be conscious of his unworthiness so that he can remain modest and humble. “When we think that the priesthood is power,” he added, “then we lose the purpose for which we came to serve as clergy. A clergyman is not a person in authority; a clergyman is about service, justice, piety, faith, love, patience, meekness. These virtues should adorn you.”

In closing, His Eminence Seraphim expressed his heartfelt wishes to Fr Dimitri and, on the occasion of the fact that his ordination coincided with the festive celebration of the nameday of the Ecumenical Patriarch, he added that Fr Dimitri serve the Church of Christ faithfully and with the same dedication as His All-Holiness Patriarch Bartholomew.

In his special reference to the Primate of Orthodoxy, Metropolitan Seraphim stressed that “we strongly feel the blessing and grace of God, today, for He has granted the Orthodox Church, for thirty years now, a strong and courageous Patriarch; a Patriarch who dared to do what was considered to be timid; he made moves that an Ecumenical Patriarch had never previously made; he raised the Ecumenical Throne and his voice was heard throughout the world. In the European community, and in all the major international organisations, the Patriarch was present and is respected by all,” he said, “and in the person of the Patriarch, all Orthodox Christians are honoured and especially the Hellenes.”

Furthermore, Metropolitan Seraphim recalled that His All-Holiness was a pioneer in highlighting issues of environmental protection and climate change. Observing that, nowadays, it is commonly accepted that our planet is in danger, he pointed out that the Ecumenical Patriarch was the one who, three decades ago, started the campaign for the protection of divine Creation. “Nature is the creation of God, of which we are a part, and we must protect it,” he added.

After describing the diverse and significant work performed by the Ecumenical Patriarch, under difficult conditions, His Eminence finally stressed that, “today, we must offer praise and thanksgiving to God, and pray that God keeps him well, strong, and thriving, to continue this ministry from the humble and crucified Phanar.” 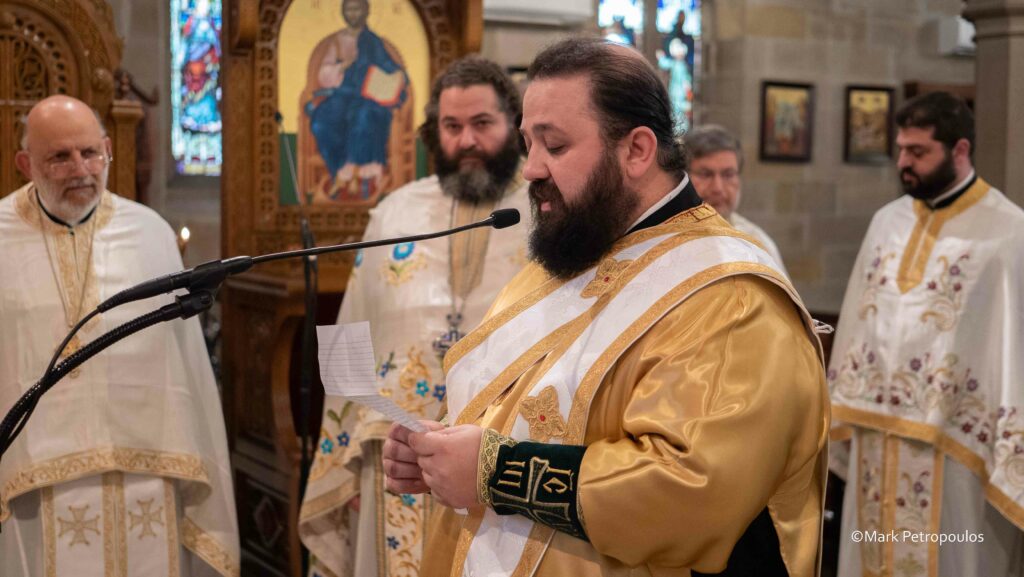 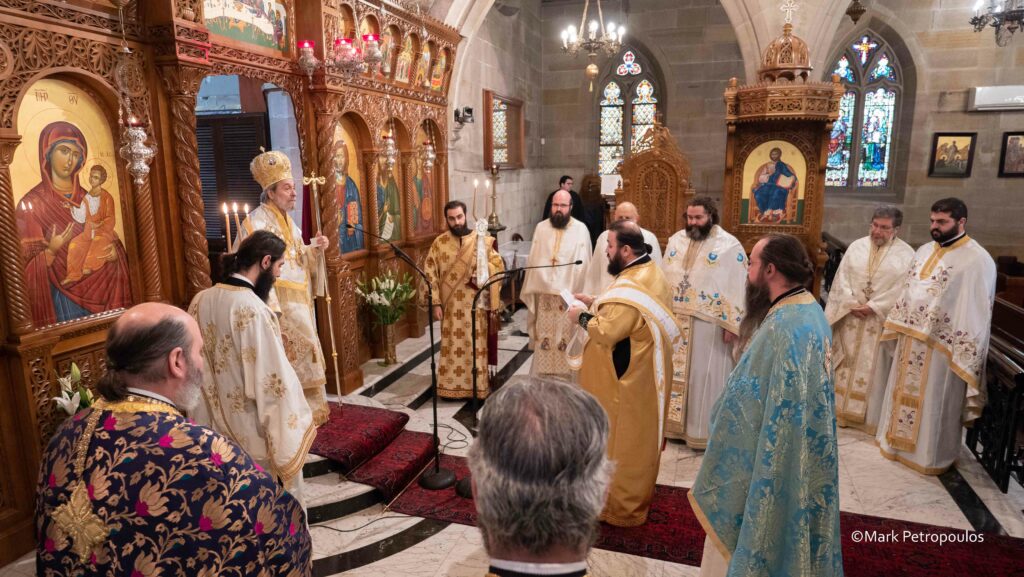 A commendable initiative of Transfiguration Parish in Thomastown, Melbourne

Soumela and the magic Kemenche: A book from St. Andrews Orthodox Church

Fellowship day at offices of Archdiocesan District of Perth

Archbishop of Australia on Cyprus issue: We do not forget, we are not giving up

Archdiocese of Australia took moving initiative to support those in need