The Minister of Interior of Cyprus received the Patriarch of Alexandria

The Minister of Interior Nikos Nouris had a meeting, in his office today, September 8, 2021, with Patriarch Theodore II of Alexandria and All Africa.

After the end of their meeting, in statements to the journalists, Nouris said:

“Today I had the pleasure and honor of welcoming to the Ministry of the Interior an enlightened Hierarch, a man who contributes, not only to the church but also to culture, education, health throughout the African continent.”

“We shared the experiences he has conveyed to us about his activities in Africa, that are very well known, very great and enormous – I dare say – contributions to Hellenism and Orthodoxy, on the African continent,” said Mr. Nouris, and added that they also spoke about “the problems that our small country is facing, predominantly of course our national problem, as well as the problem that plagues all of humanity. And I am referring to the population movements between all the continents with the many peculiarities that it presents “.

In closing, he thanked the Patriarch of Alexandria for the honor of visiting the Ministry of Interior and wished him health, strength, and, above all, good continuation in this huge project and contribution, which, as he stated, “is not limited to the Patriarchate of Alexandria, but to the entire African continent”, under extremely adverse conditions, taking into account and with the knowledge we all have of the many peculiarities and difficulties that exist in African countries “.

For his part, the Patriarch of Alexandria stated:

“Today is the day of the Most Holy Virgin celebrated by the armed forces here in Cyprus. Believe me, as I told you, I leave impressed by your personality. Thank you, Mr. Minister, for giving me courage. I am also a human being. I am the Patriarch, but as I told you, I am leaving for Uganda in a few days. I will be in northern Uganda to cross into southern Sudan, then leave for Tanzania, for very difficult areas. And as you know, if I could have a few medicines in my luggage to help mainly the children. “I see thousands of children dying.”

He added that his work is “between the door of Africa, which is Egypt.” He expressed his thanks and gratitude that “President Anastasiadis, with a large staff of Ministers, came to President Sisi for talks”.

Egypt is a huge, very big military and political force, the Patriarch noted, saying that “he really loves Cyprus and regarding the national issue, you must know that you will have a good neighbor in every difficult moment”.

He informed that as a reward for his efforts, he was given a large plot of land in the new capital of Cairo, which he called, as he said, “the Bastion of the peoples of the Cyprus-Egypt and Greece friendship”.

The Patriarch referred to the effort he is making, not only in Alexandria. “I am always a wayfarer of life, a missionary,” he said, noting that there are 54 countries in Africa “and our big problem is immigration.”

“And in fact, my heart hurts,” he said and added that “the seas become a graveyard of souls and small children”.

“Know that in this endeavor of yours from today I am a helper and supporter” the Patriarch underlined addressing the Minister, and noted that he will make an effort as Patriarch to convey that in this “sea you cross you will not meet the paradise you dream of, but it is a very difficult world. ”

“As a Patriarchate, we are making a huge effort with the Blessed Hierarchs to tell them that this place can nourish you,” he said, explaining that “the continent of the future is Africa. “It’s a sleeping giant, but it remains a giant and can help the millions of people living on this continent.”

Concluding, he personally thanked the Minister. “You came to my missions. You met me in Harare before I ascended the Patriarchal throne. And thank you for listening to me while we were talking and I know that from today I have not only Cyprus, but you personally as my assistant in this work of philanthropy, love, and peace”.

He wished health and joy to the people of Cyprus “and know that wherever I am my children in the world, I will always speak of my beloved Cyprus. “Many years”, he concluded.

(from the press office of the Ministry of Interior of Cyprus) 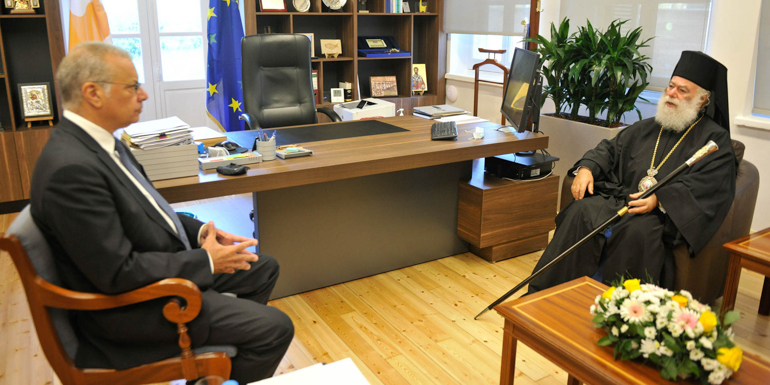 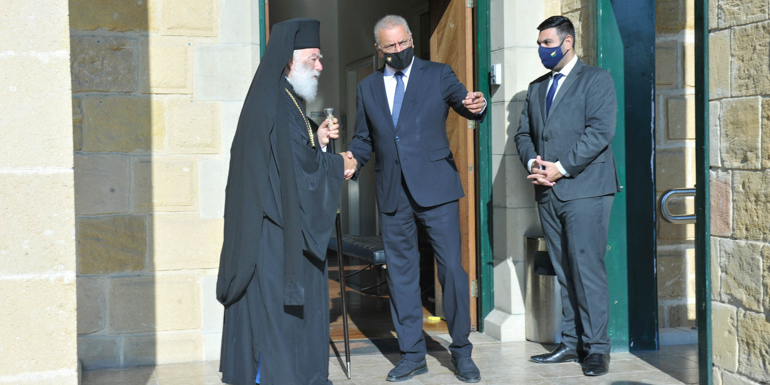 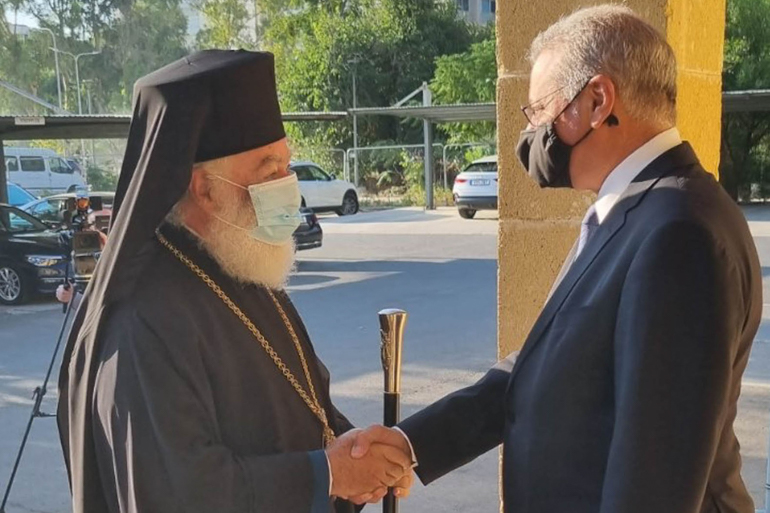