On Thursday morning January 20, 2022, the Minister of Defence of Greece Nikolaos Panagiotopoulos visited the Patriarchate of Jerusalem while on a visit to the State of Israel.

The Minister was accompanied by his associates, Athanasios Valaris, Eleftherios Angelopoulos, the Ambassador of Greece in Tel Aviv Κyriakos Loukakis, and the Consul General of Greece in Jerusalem Evangelos Vlioras.

The visitors were received by Patriarch Theophilos of Jerusalem and Hagiotaphite Fathers, saying: “Your visit coincides with a period of political tension and developments, and therefore we welcome you with great joy. The guardian of the Holy Shrines in the Holy Land welcomes you. It welcomes you to a region governed by political forces, whose interests are in many respects contradictory. The Patriarchate is called upon to play an important conciliatory role in this political space. This it does, when pressed by extreme radical elements, from which we are called to liberate the ownership of the Patriarchate in the area of ​​the Gate of David. For this reason, we have come to cooperate with the other churches to undertake a campaign for its liberation. If these elements prevail, the status of the Old City will change. All Christians are deprived of their entry into the Temple of the Resurrection. Greece is called to fulfill its duty in this matter and advocate with the Patriarchate in its favor.

Greece has a great asset here, and that is the Patriarchate of Jerusalem.”

The Minister thanked for the welcoming reception and the Patriarch’s words and stated that the Patriarchate should fulfill its mission, namely its role to remain a vessel of conciliation and peace, and asked the Brotherhood to pray for Greece and that from this visit they received not only the blessing of power but also another impression of the life of the Patriarchate.

For this visit, the Patriarch of Jerusalem offered the Minister an icon of the Edicule of the Holy Sepulchre, as it is after the renovation, an icon of the Theotokos, the book of blessed John Tleel “I am Jerusalem” and blessings from Jerusalem for his associates.

After these, the Minister went to the Church of the Holy Sepulchre where he was welcomed by the Geronda Sacristan, Archbishop Isidoros of Hierapolis. 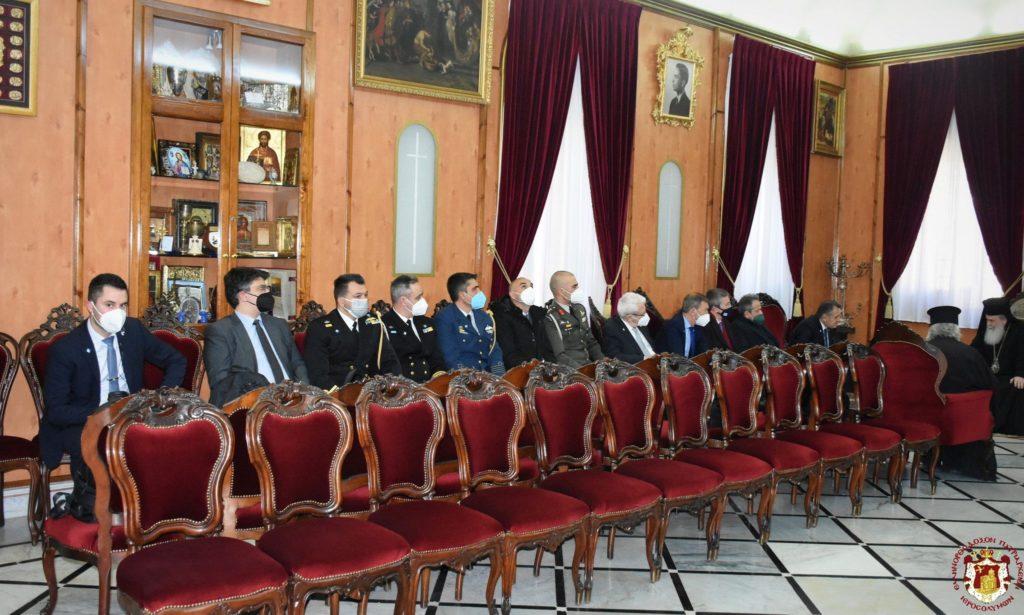 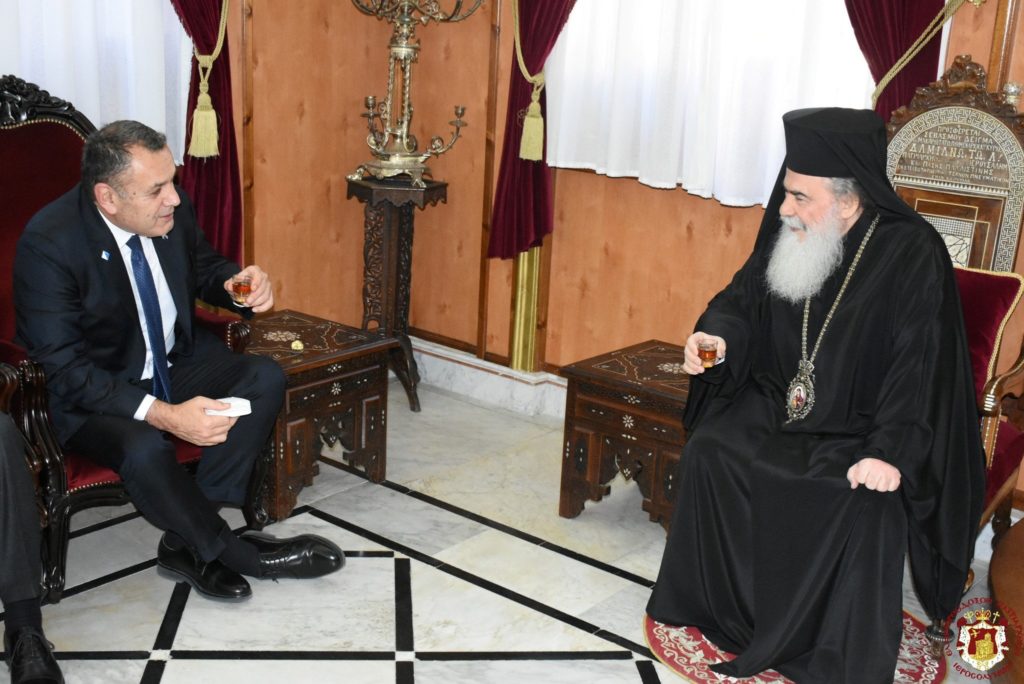 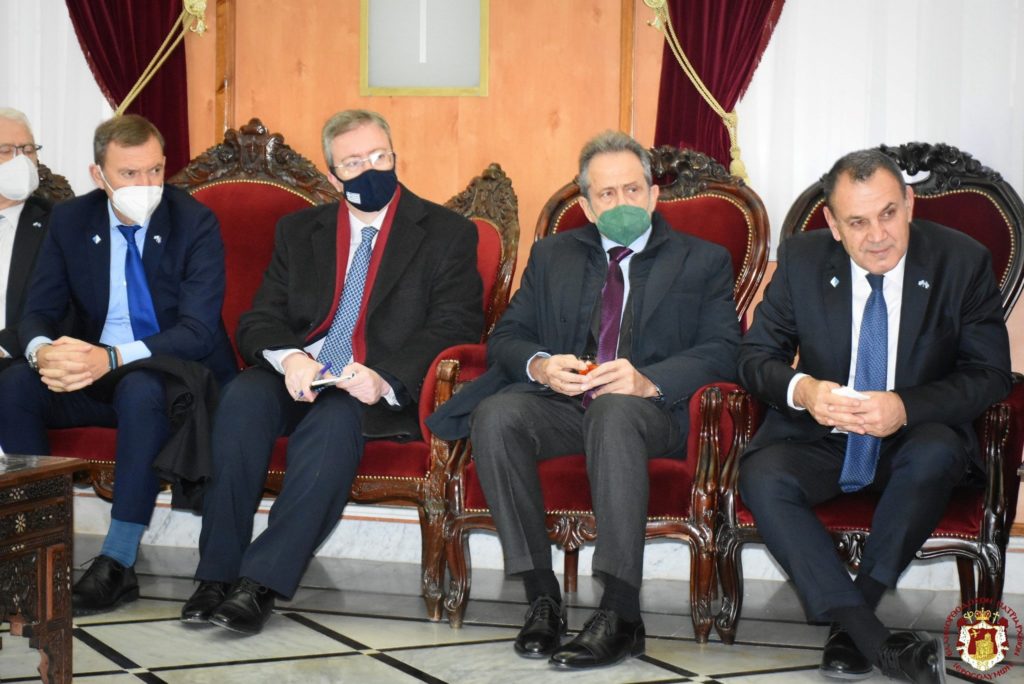 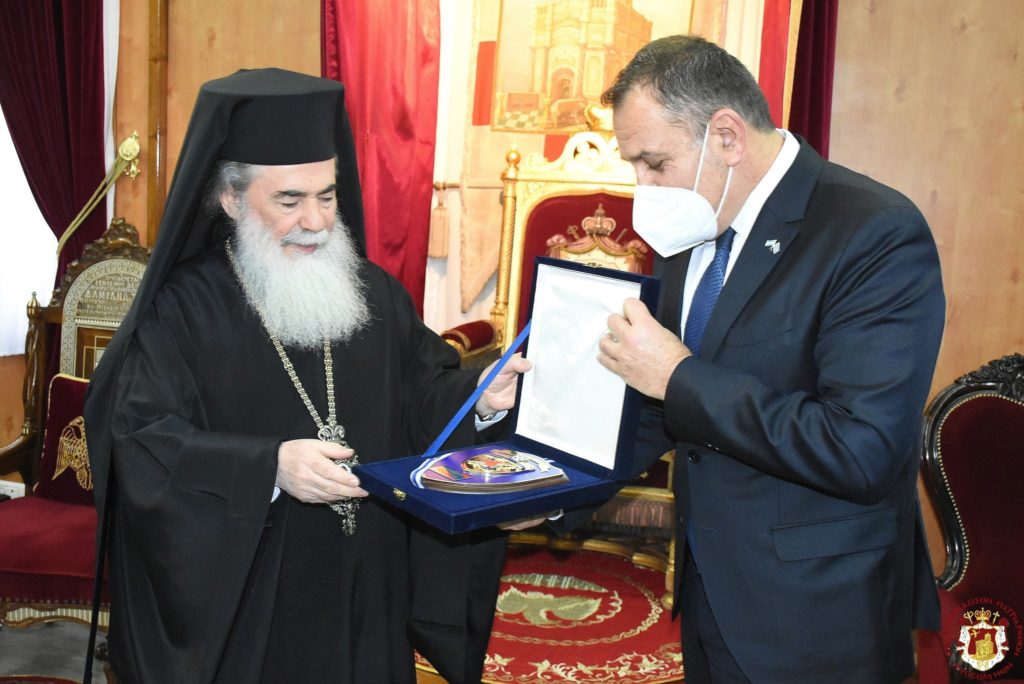 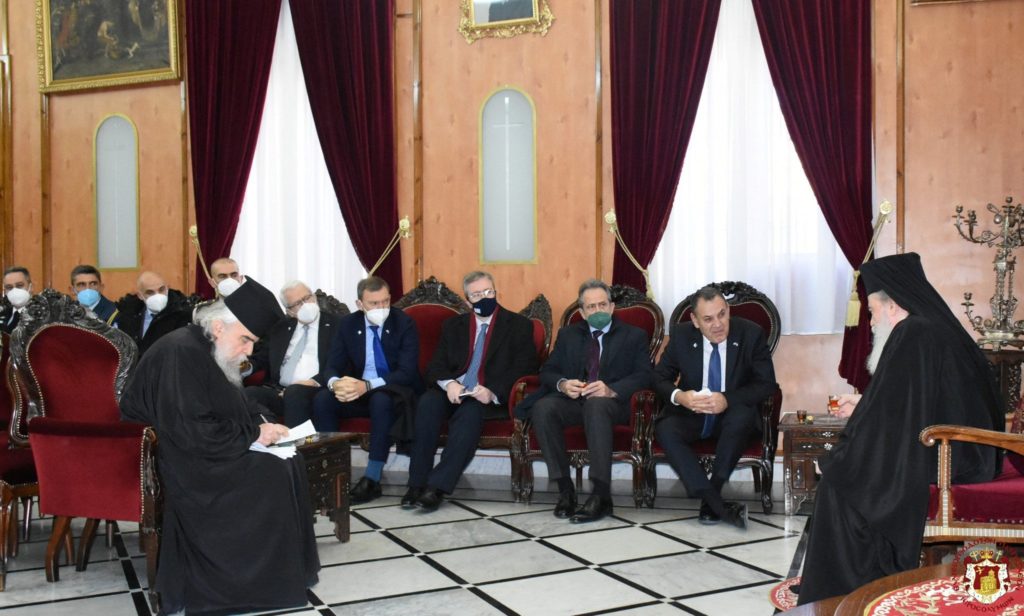 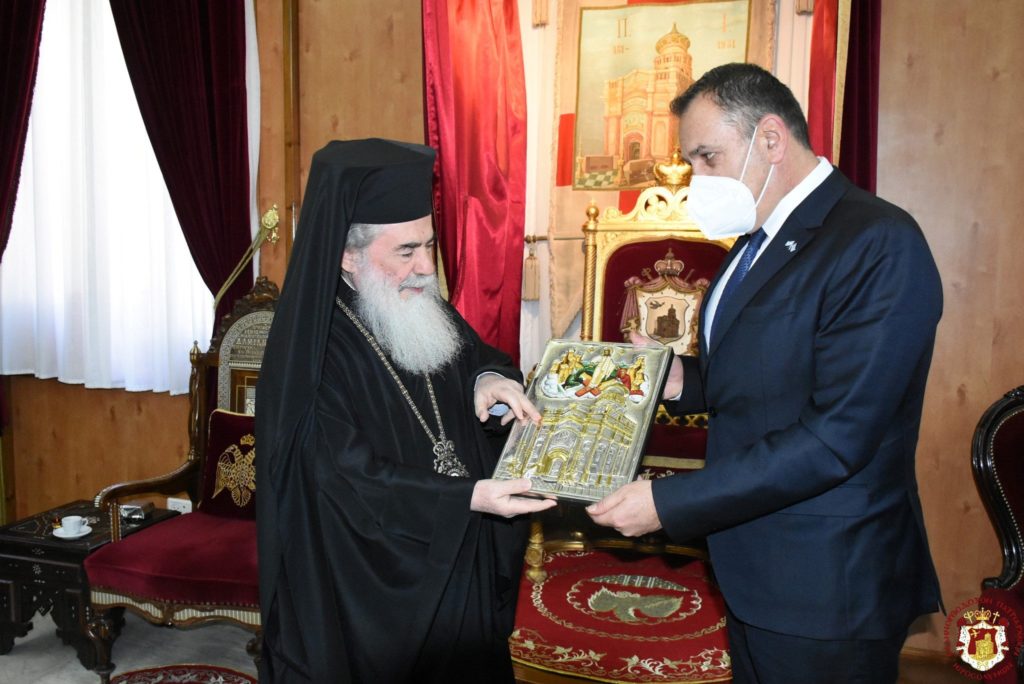