Late on Monday morning, July 11, 2022, a group of two-hundred and fifty Cypriots and a group of clergymen under the Metropolitan of Kitiou from the Church of Cyprus visited the Patriarchate of Jerusalem.

This large group, especially amidst the covid period, was received by Patriarch Theophilos of Jerusalem and spoke to them about Jerusalem, as the city which has been sanctified by Christ’s blood on the Cross, His burial and Resurrection.

The Patriarch offered souvenirs as blessings to the pilgrims.

Late on Monday morning, July 11, 2022, Patriarch Theophilos of Jerusalem received a group of pilgrims-members of the Patriarchate’s flock in Jordan, under their spiritual Father George Smerat.

The Patriarch spoke to them about the importance of their joining the mother of Churches, the Church of Jerusalem. 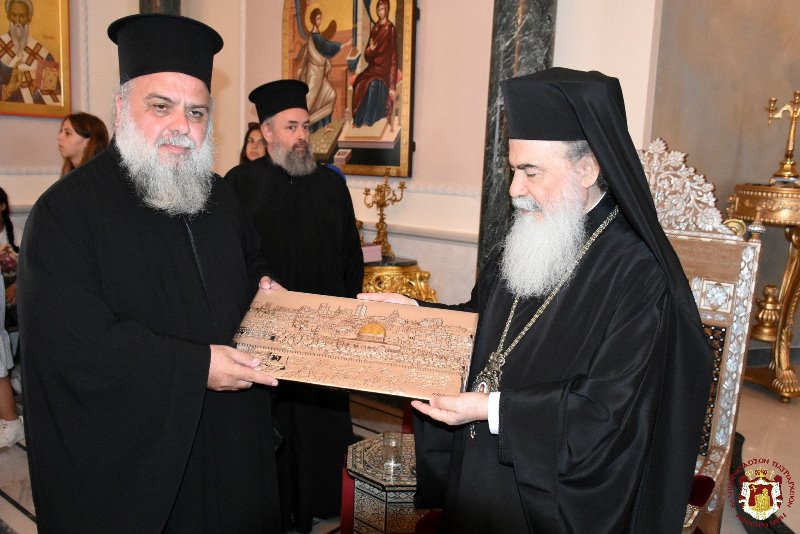 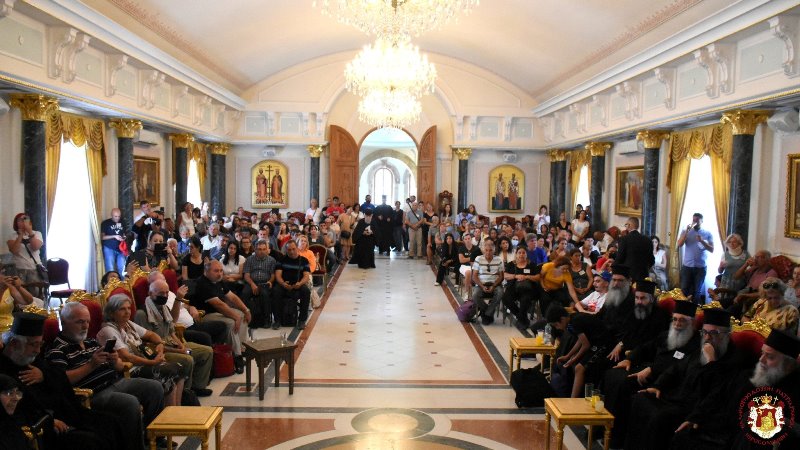