The memory Holy Ethnomartyr Melchizedek Bishop of Kissamos was celebrated in one of the oldest temples of Crete (the second rotunda in Greece and the third in the Balkans), the Church of Michael the Archangel, which is a 6th century rotunda in Episkopi, Kissamos. The Church is the seat of Holy Ethnomartyr Melchizedek Bishop of Kissamos.

Metropolitan Gerasimos of Petra and Hersonisos presided over the Divine Liturgy at the invitaiton of Metropolitan Bishop Amphilohios of Kissamos and Selino, who was prayerfully attending in the altar.

The host hierarch thanked Metropolitan Gerasimos of Petra and Hersonisos for his visit as well as the clerics from the Patriarchate of Jerusalem.

“This sacred and holy place of martyrdom of the Holy Ethnomartyr Melchizedek Bishop of Kissamos reminds all of us the duty and the responsibility to confess faith and truth without fearing and losing courage before any executioner and conqueror, aiming at the deterioration and alienation of the sacrosanct of Nation,” concluded Metropolitan Amphilochios Kissamos and Selino.

On his part, Metropolitan Gerasimos of Petra and Hersonisos thanked Metropolitan Amphilochios for his “kind invitation”, noting that: “This place not only reflects the splendor and glory of the past but also is a living proof of our identity and illuminates the future of our life and the path of an Orthodox Nation”. 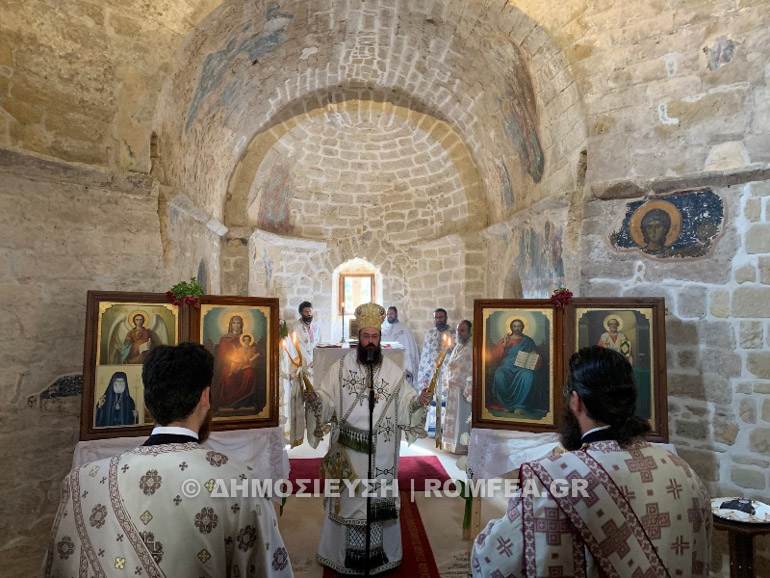 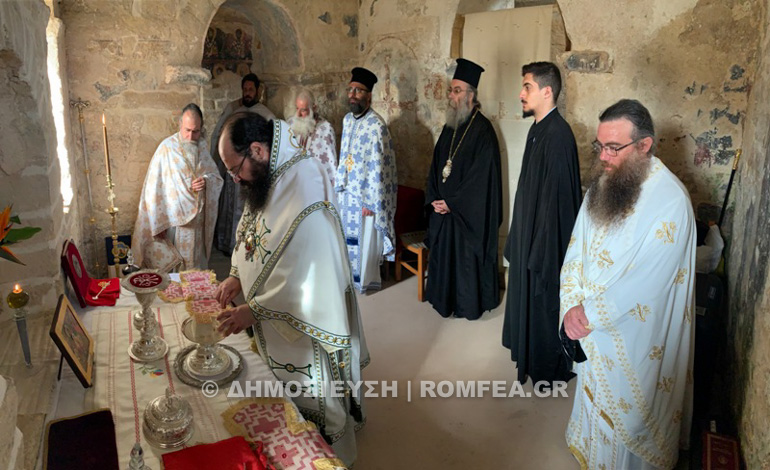 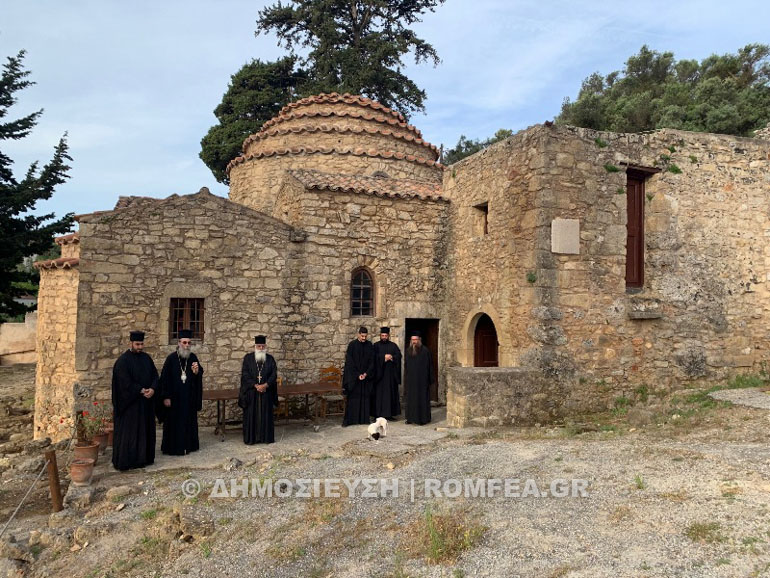 In Volos the Icon of the Virgin Mary Fovera Prostasia