The Meeting with the Priests of Damascus and Rural Damascus ended

The priests of the Diocese of Damascus and Rural Damascus concluded the meeting, held with the blessing and presence of their great father, Patriarch John X of Antioch and All the East, in the Patriarchal Monastery of St. George Al-Humeyra, after taking participation in the Divine Liturgy on Thursday morning, June 9.

Over the course of the meeting, the fathers participated in the program of prayers in the monastery. They also had several sessions of meditation on the Bible, dialogue meetings, and workshops that dealt with the life of the priest on personal and pastoral levels.

The priests met their father, the Patriarch, who presented, in a spiritual and fatherly talk, the challenges that the priest might be facing and the means to get over them, as well as some liturgical notes and general pastoral directions.

Metropolitan Antonios (Al- Soury) of Zahle, delivered a talk about the spiritual life of the priest, followed by a dialogue and an exchange of pastoral experiences. Bishops Moussa El-Khoury, Arsanios Dahdal, Abbot of St. George Patriarchal Monastery, and Moses Al-Khosi attended.

It should be noted that the meeting included some entertainment moments that added an ambiance of love, brotherhood, and solidarity among the priests. 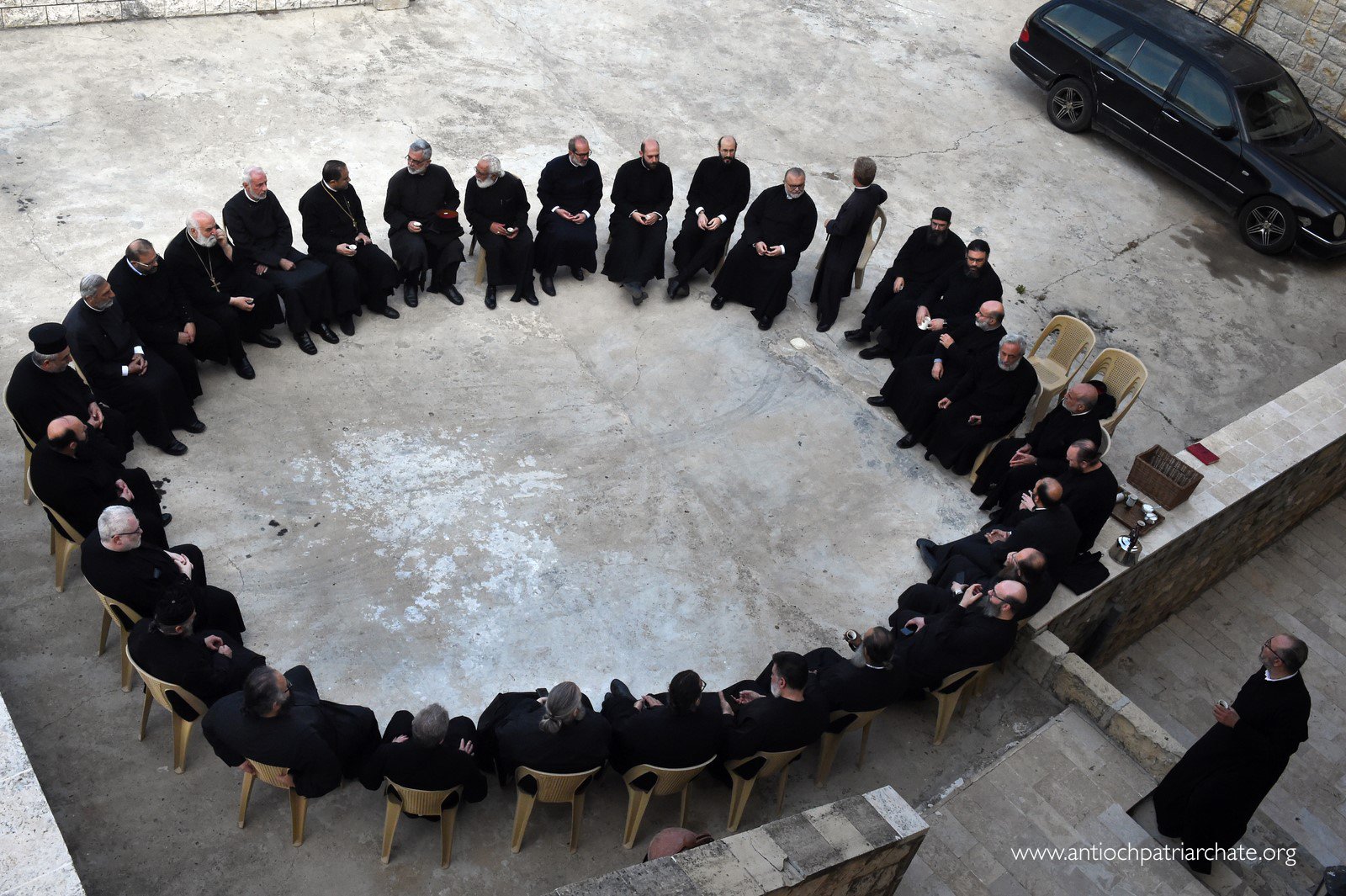 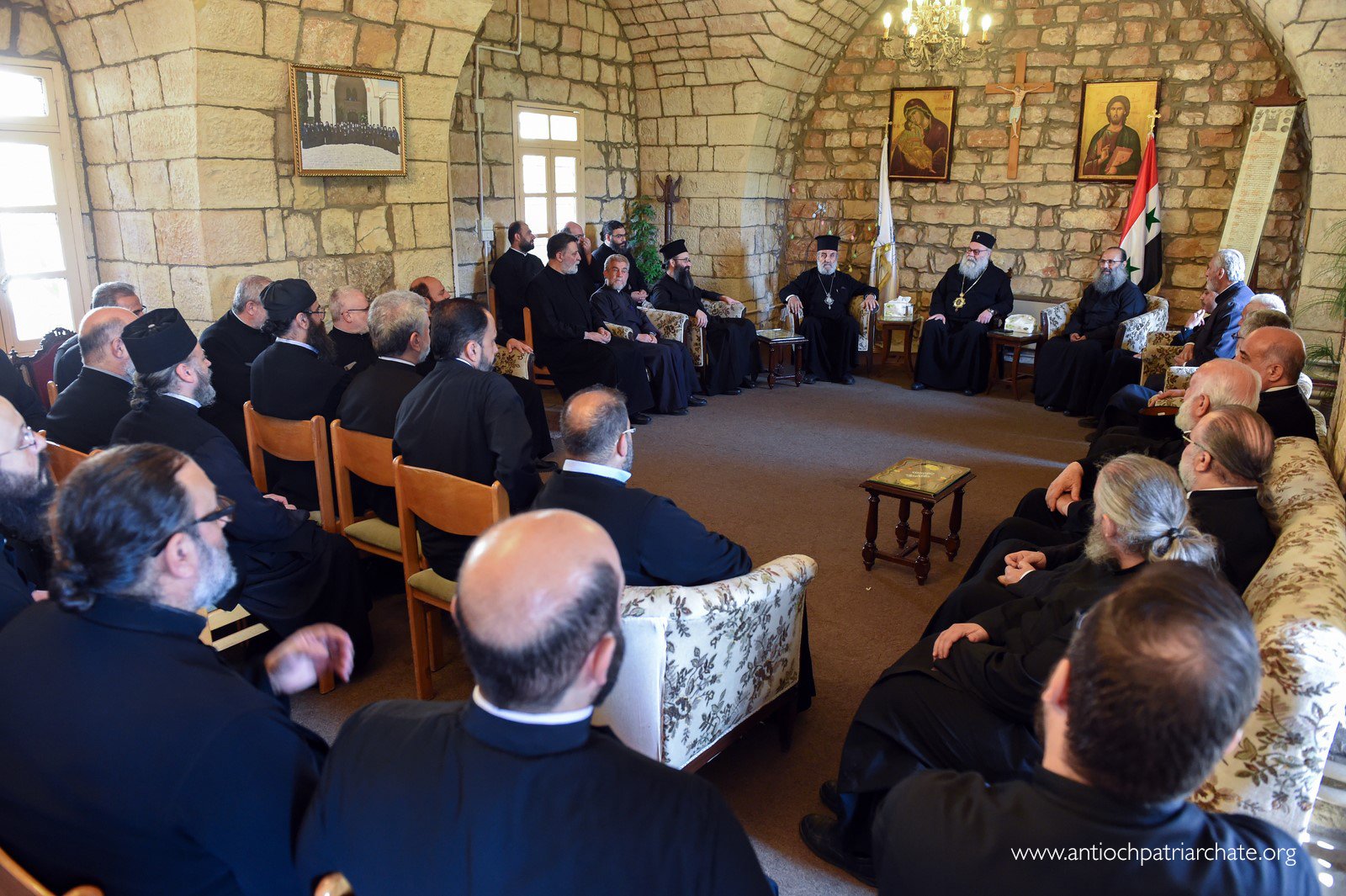 The Patriarch of Antioch arrived in Paris

Meeting with the priests of Damascus and Rural Damascus in the Patriarchal Monastery of St. George Al-Humeyra

Patriarch of Antioch concluded his pastoral visit to Muscat

Ecumenical Patriarch celebrated his name day in the Phanar (VIDEO)