This morning, October 11, a press conference was held in St. George Hotel in Jerusalem to announce the launch of the largest housing development project in East Jerusalem named ‘Lana’ neighborhood (meaning: ‘ours’ in Arabic) in Beit Hanina, as a result of a partnership between the Patriarchate of Jerusalem and Massar International Company, headquartered in Rawabi.

The speakers at the press conference were Patriarch Theophilos III, Patriarch of Jerusalem, Sheikh Muhammad Hussein, the Grand Mufti of Palestine, Honorable Sheikh Azzam Khateeb, Head of the Islamic Waqf, Evangelos Vlioras, the Greek Consul General in Jerusalem, Hanna Ameireh and Issa Qassiessieh, representatives of the Presidential Committee on Churches’ Affairs, Palestinian Businessman Jalal Nassr-Eddin, along with a number of Bishops and Jerusalem’s community leaders.

Engineer Enas Musa Al-Waari, the project manager, welcomed the press and followed with a description of the “Lana” neighborhood, its 400 residential apartments, its commercial center that includes stores of world-famous brands, cinemas, restaurants, cafes, and offices, in addition to a modern school, a kindergarten, and green spaces for entertainment. Al-Waari also shed light on the aspect of developing the infrastructure of the project and its surroundings, so that there will be 3 to 4 floors of parking under the buildings, and a comprehensive expansion of the road network surrounding the project, which is located 15 minutes from the Old City of Jerusalem.

The first speaker was Patriarch Theophilos III, Patriarch of Jerusalem, who blessed the meeting and the project launch, adding that “the journey that took a decade, which brought us here today,” referring to the journey of obtaining the necessary licenses to start the project “has been both challenging and exhilarating.” Stressing the need to focus on what is positive in order to obtain the desired results and that’s how “our community will be blessed and grow in strength.” The Patriarch of Jerusalem also expressed his deep gratitude to everyone who participated in this project.

The Patriarch of Jerusalem clarified that the “Lana” housing development project is a symbol of cooperation between the Orthodox Patriarchate of Jerusalem and the wider local community to improve people’s living standards, provide housing, and job opportunities for thousands of citizens in the city, especially in light of the immense challenges that our Holy City and its community are witnessing. He added, “The vision of our esteemed friend and partner, Bashar Masri, to create a comprehensive communal living experience makes the “Lana” neighborhood housing development a model of progressive thinking in the field of community living.”

Patriarch Theophilos III also commended the local Orthodox community in Jerusalem, which has always aspired to realize this dream and to move forward with such a huge project, declaring that the Orthodox Church members will continue to participate in this project through a nine-member committee responsible for independent screening and selection of grant candidates for the purchase of housing units. This committee is chaired by Hanna Ameireh.

The Patriarch of Jerusalem also spoke about the merit of coexistence between the Christian and Muslim communities, which culminated in the Omari Covenant since the era of Caliph Omar Ibn Al-Khattab, all the way to the Hashemite guardianship under King Abdullah bin Al Hussein, the guardian of Islamic and Christian holy places.

Sheikh Muhammad Hussein, the Mufti of Palestine, praised the “Lana” development project, and praised God for “making us the guardians of Christian and Islamic sanctities.” Sheikh Muhammad Hussein added that “we have life and aspirations in Jerusalem” and housing is an important part of our continuous presence and future. Sheikh Muhammad Hussein thanked Patriarch Theophilos III for his contribution to strengthening the steadfastness of Jerusalemites. He also thanked the developer of the project, Bashar Masri, for bringing this project to light, calling on Palestinian and Arab businessmen to follow suit and invest in Jerusalem.

His Eminence the Grand Mufti of Palestine concluded his speech by saying, “Blessed are these efforts, and we ask God more of them so that we attain our political, religious and social rights towards a secure life as it was during the days of Jesus Christ, peace be upon him, and the days of the journey of the Prophet Muhammad, may God bless him and grant him peace, from Mecca to Jerusalem, and the days of the Omari covenant that is considered the basis of the common life between Muslims and Christians in this land.

As for the developer of the project, Bashar Masri, the head of the board of directors of Massar International, the Orthodox Patriarchate of Jerusalem’s partner in this huge project, said that the “Lana” project is a one billion shekel development. He said that he went on to seek the necessary licenses for ten years, which was crowned with success thanks to the effort, commitment, and full cooperation of the Orthodox Patriarchate of Jerusalem. He added, “Special thanks go to Patriarch Theophilos III, the Patriarchate’s staff especially H.B’s advisors, Rami Moghrabi and Nader Moghrabi, who did everything possible to realize this dream.”

Masri added that the “Lana” neighborhood is an integrated modern neighborhood, and its success paves the way for more housing projects that serve the various economic classes in the city of Jerusalem, stressing that the decision to invest in Jerusalem is a strategic decision for Massar International to deepen economic empowerment in Jerusalem and strengthen the steadfastness of Jerusalemites. Masri explained that the “Lana” development project, which was designed by more than 40 engineers, will provide thousands of job opportunities for Jerusalemites, and will contribute to strengthening the local economy.

As for the financial arrangements for the purchase of apartments, Masri said that the management of “Lana” development has completed the negotiations stage with a number of Palestinian banks to provide mortgages for the apartments so that the citizen would pay 20% – 25% of the value of the apartment and the rest is to be paid in installments for 15 years, adding that The Palestinian Monetary Authority has provided incentives to Palestinian banks to encourage them to provide the necessary mortgages at acceptable rates. Masri confirmed that this project is purely Palestinian, with 100% Palestinian capital, and that the project did not receive any assistance or grants. 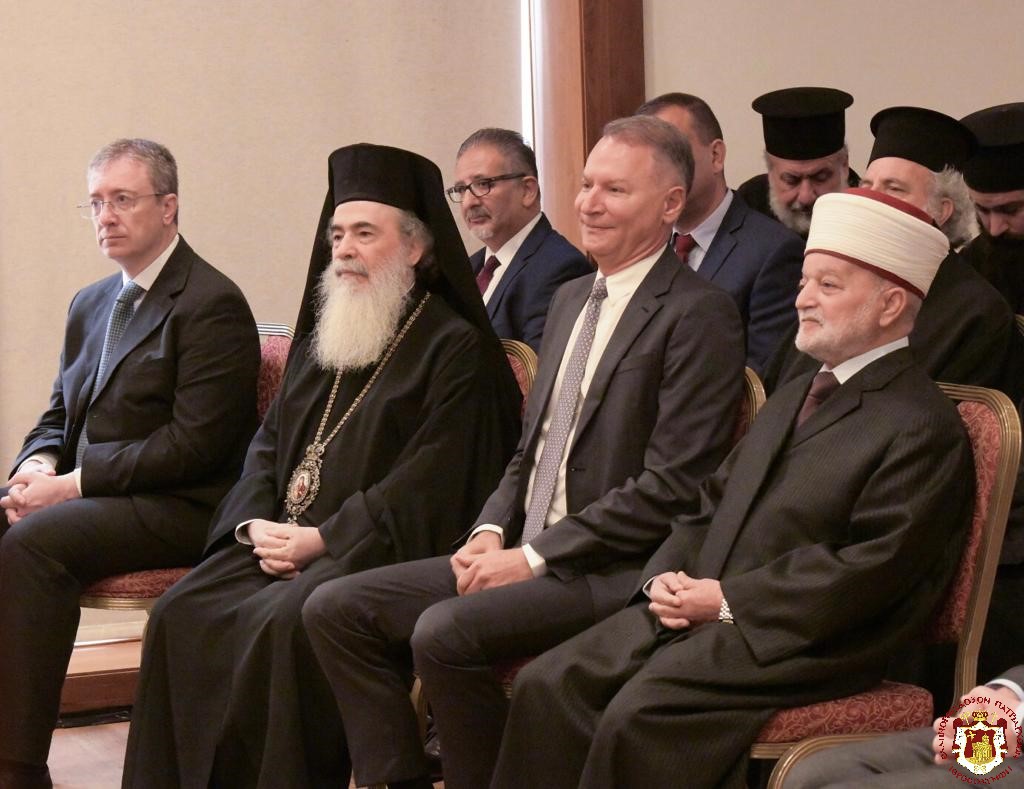 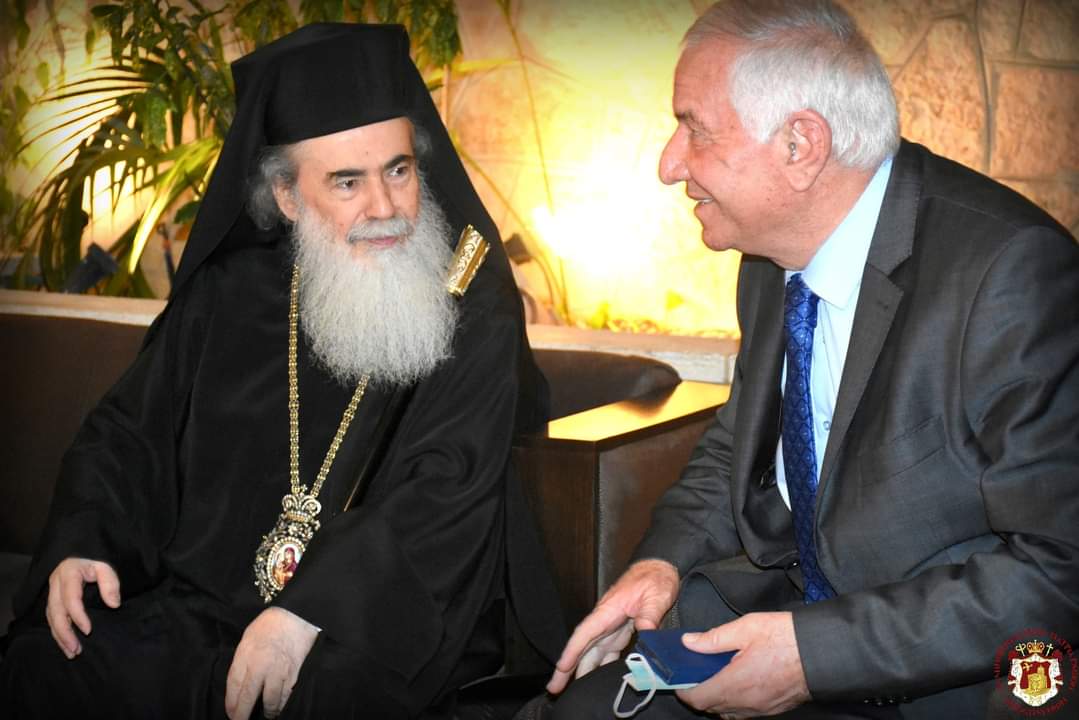 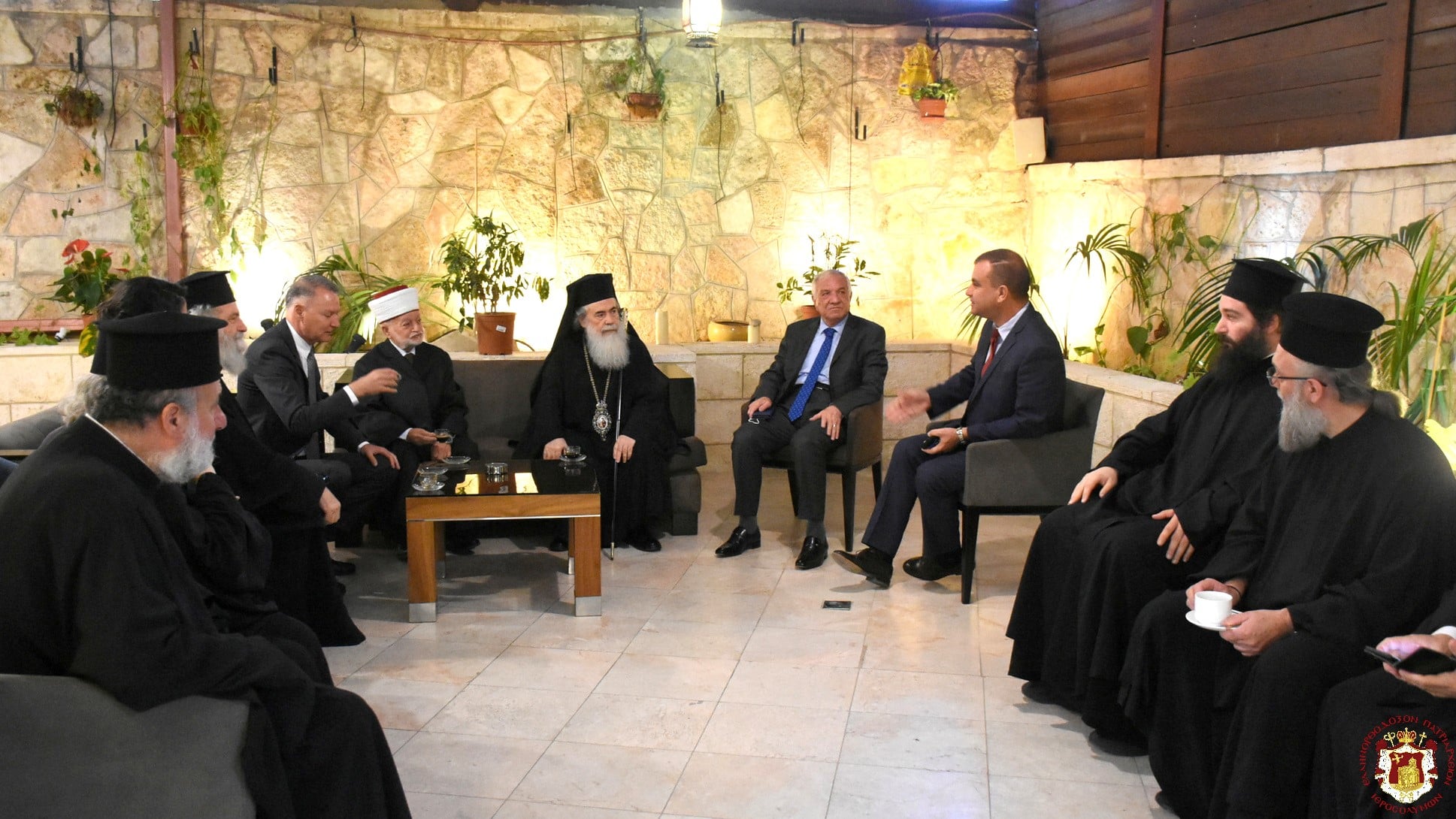 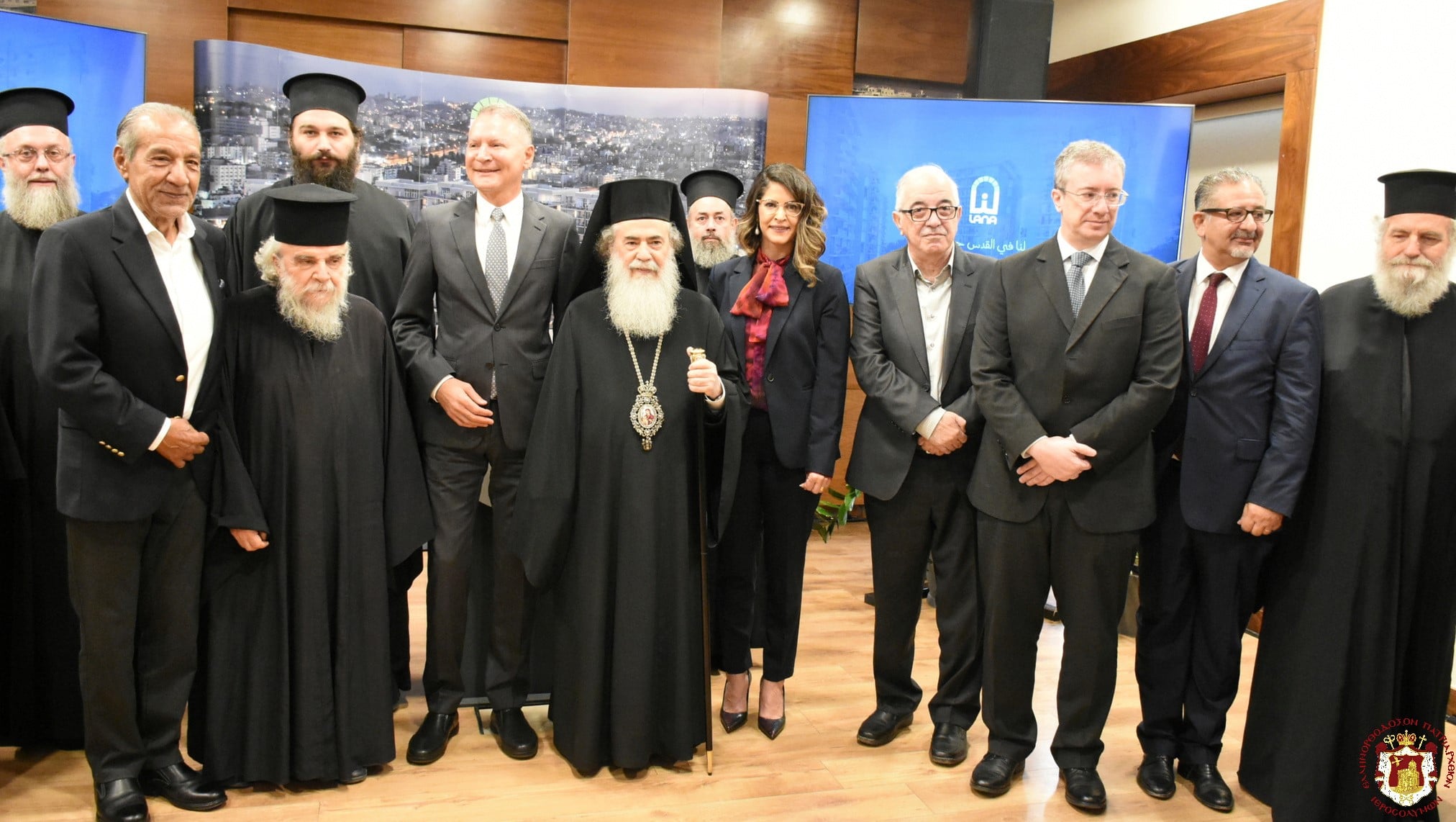 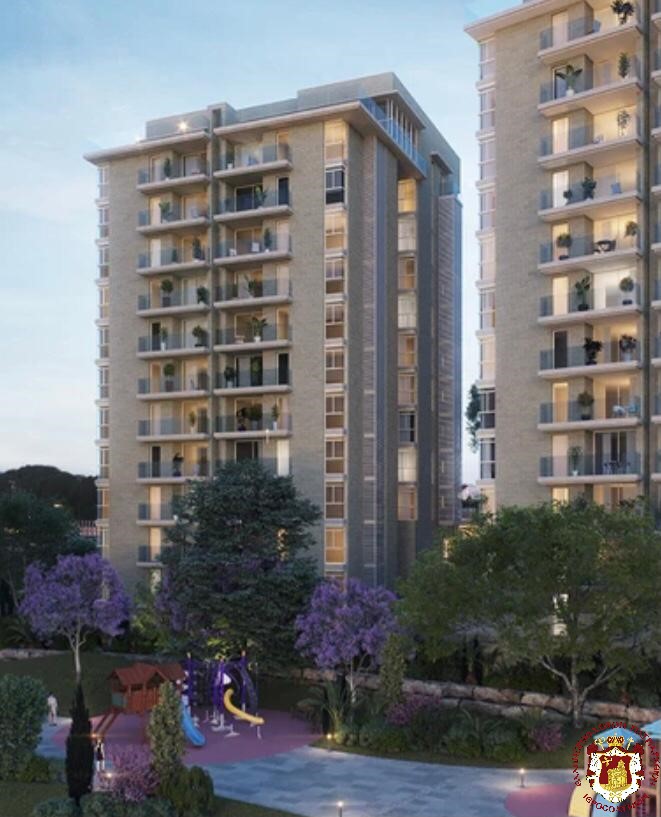 The thirtieth anniversary of the Episcopal Office of Metropolitan of Nazareth

Patriarch of Alexandria paid a visit in Uganda (VIDEO)