Following the repose of the venerable Metropolitan Soterios of Pisidia, on Friday, June 10, 2022, at 4:15 am in Seoul, the body of the deceased hierarch was transferred, per his request, to the Holy Monastery of the Transfiguration of the Savior in Gapyeong.

Metropolitan Ambrosios of Korea, assisted by the Fr. Antonios Woo and Fr. Jeremiah Cho, prepared his body according to the monastic order and dressed him with his cassock (anteri) and his clerical habit (exorasson). Metropolitan Sotirios of blessed memory had written in his Will that he wished to wear only his stole (epitrachelion) and his clerical shawl (omoforion), as well as his wooden egkolpion, which he wore during the daily services at the Holy Monastery, fulfilling his pastoral duties.

After the completion of the preparation, the body of our sleeping spiritual Father was transferred to the Holy Church of the Monastery and the first Trisagion prayer was held for the repose of his soul. Immediately after the Trisagion, the reading of the four Holy Gospels began by the priests and the laity. The reading of the holy texts lasted all day and all night until the next morning when the Service of Matins (Orthros) for All Souls Day (psychosavaton) began. The eagerness of the Korean faithful to take turns reading the Gospels, during which they were often weeping, was a moving witness to their love.

On the morning of Saturday of Souls, following the Service of Matins (Orthros) and the Divine Liturgy, the Funeral Service of our much-lamented Metropolitan Soterios was held with the participation of all the clergy of the Orthodox Metropolis of Korea, along with approximately two hundred believers, in an atmosphere of intense sadness as well as joy. No speeches were made because Metropolitan Soterios of blessed memory had explicitly stated in his Will not to deliver any speeches. Instead, Metropolitan Ambrosios of Korea read the following letter written by Metropolitan Sotirios, which contains his spiritual advice to the nuns:

To the beloved Sisters

Of the Holy Monastery of the Transfiguration of the Lord, in Gapyeong

On the day of Holy Pentecost, when we kneel down and recite the God-inspired Prayers, we address the great, eternal, holy and philanthropic God as follows: “Oh, Lord, raise our bodies on the day You have arranged, according to Your holy and truthful promises. There is no death for your servants, O Lord, when we go forth from the body and come unto you, but a change from things most sorrowful unto things most blessed and sweet and joyous.”

I ask you, my dear sisters, with this faith and with these feelings, to face our apparent separation, since with our rewarding prayers we will not cease as members of our holy Church to maintain the spiritual communion between us. In this way you will show others that what you read in the Bible and in the liturgical books of the Church you truly believe and keep in your life.

Once again, please accept my heartfelt gratitude for your great love, your efforts and pains, and everything you did, do and will do until the end for my sake.”

May you always have the rich blessings of our Lord.

The burial of the late Metropolitan Soterios took place in the tomb he had prepared several years prior in the courtyard of the Monastery. There was a pervasive atmosphere of resurrection, with all the people loudly chanting “Christ is Risen” in Korean. After the burial, a lunch reception (makaria) was offered to all in attendance. May his memory be eternal and may we all have his blessing. 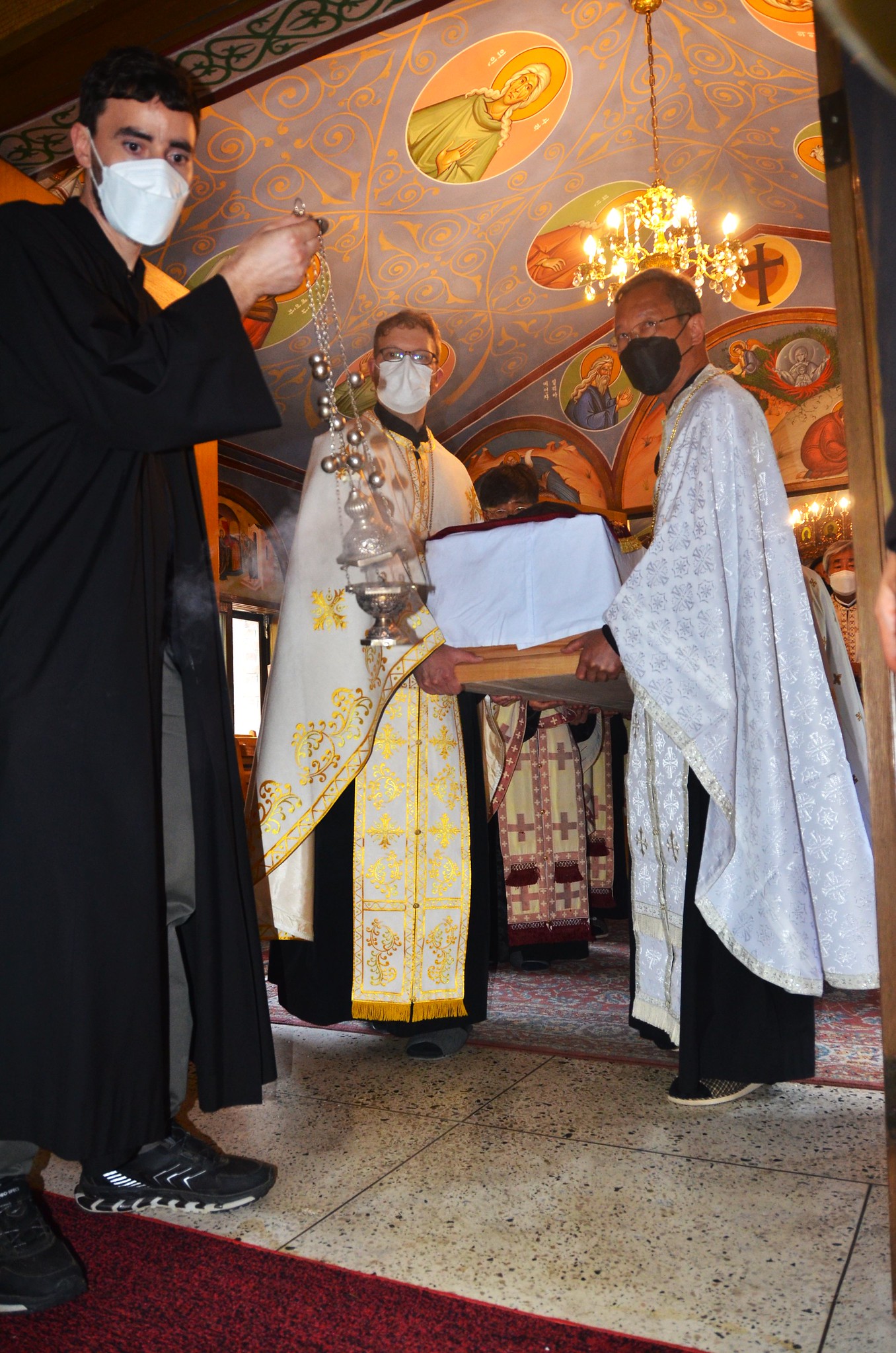 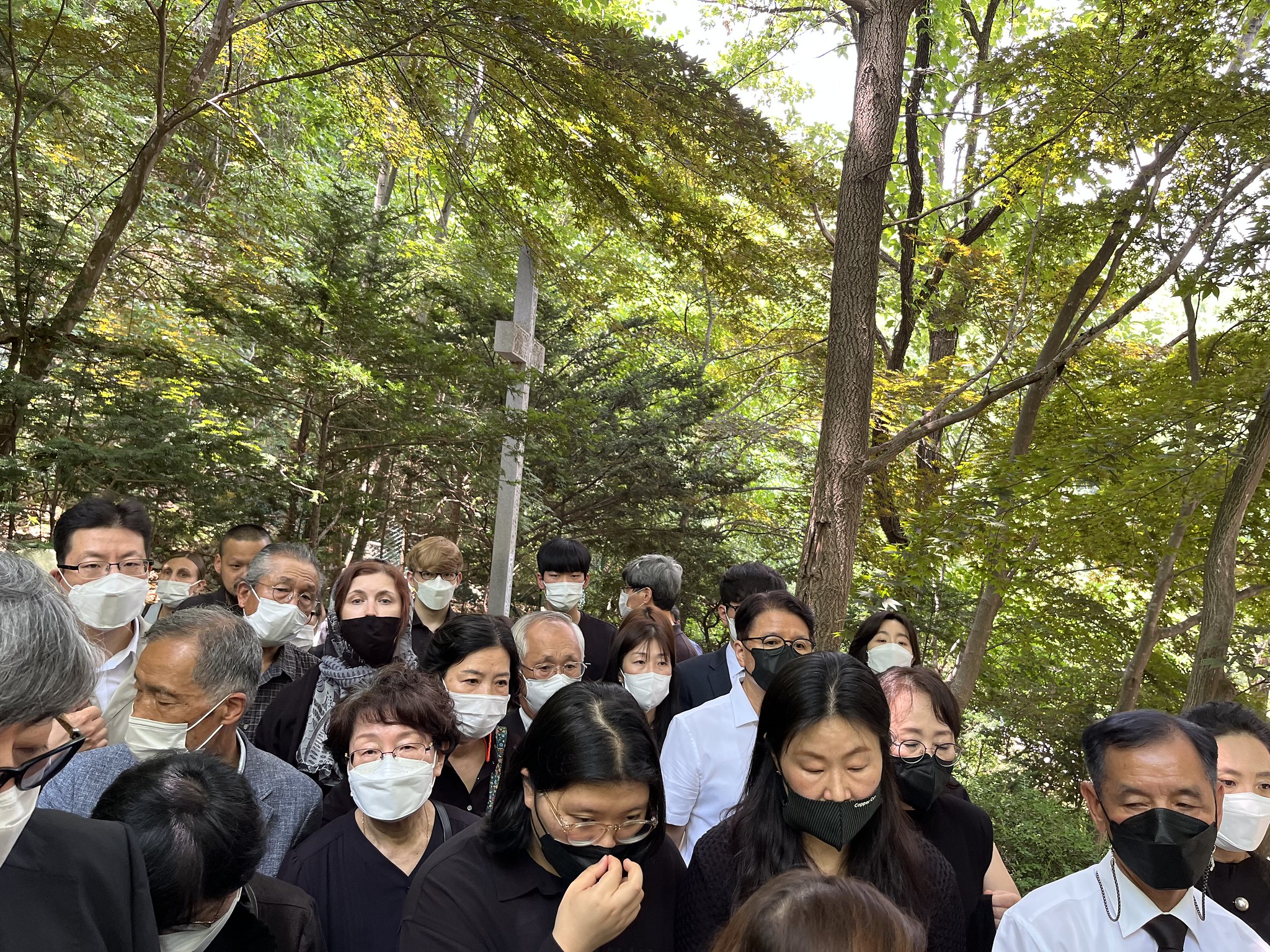 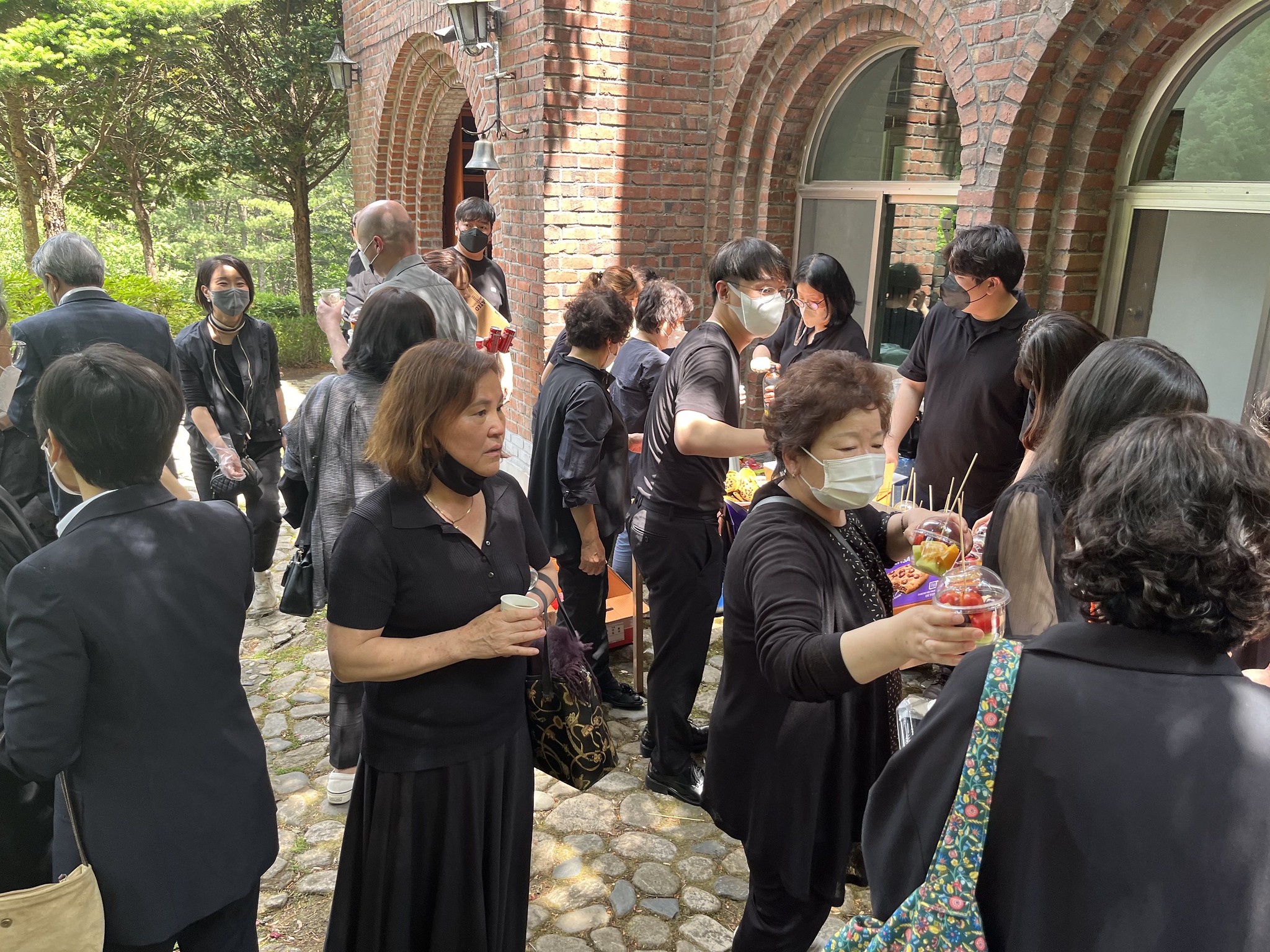 Prayer for the tragedy in Itaewon, Seoul

A blessed weekend in Ulsan

The camps of the Orthodox Metropolis of Korea have reopened

Metropolis of Korea: The common Agape meals have reopened

The Youth Meetings of the “Syndesmos” in Seoul