The Feast of the Dormition of the Theotokos in Melbourne

The Great Feast of the Mother of God, the Dormition of the Blessed Theotokos was celebrated with splendor in Melbourne, presided over during the Holy Services by Archbishop Makarios of Australia.

On the eve of the feast, Archbishop Makarios officiated at the Great Festal Vespers at the celebratory Church of the Dormition of the Theotokos in North Altona. Also present were Bishop Kyriakos of Sozopolis and Bishop Evmenios of Kerasounta, as well as a number of clergy and many believers, who hurried to venerate the icon of the Virgin Mary.

During his speech, Archbishop Makarios referred to the prayerful life of the Virgin Mary and gave importance to family prayer, which, as he pointed out, has disappeared in our days. He specifically noted the following:

On the day of the great feast of Orthodoxy, in a crowded church and in a climate of deep compunction, the Orthros and the solemn Divine Liturgy were conducted in the celebratory Parish of Panagia Sumela in the suburb of East Keilor suburb in Melbourne, Presided over by Archbishop Makarios of Australia, assisted by Bishop Kyriakos of Sozopolis and Bishop Evmenios of Kerasounta, along with the Chancellor of the Holy Archdiocese, Archimandrite of the Ecumenical Throne, Very Rev. Fr Christophoros Krikelis and priests of the City of Melbourne.

During the Divine Liturgy, the Archbishop’s message was read, reminding us that with the Dormition of the Theotokos “the tomb becomes the ladder leading to heaven.”, and a paternal exhortation was addressed by the Archbishop to imitate the virtues of our Panagia, so that we may become worthy to ascend the noetic ladder which leads to heavenly life.

Also, the tonsure, as Protopresbyter, of the Proistamenos of the Parish of Panagia Soumela, Father Iordanis Krikelis, took place, whom the Archbishop praised and thanked warmly for his many years of service to the local Church of Australia.

Present, among the large congregation, were among others the Consul General of Greece in Melbourne, Mr. Emmanuel Kakavelakis, the expatriate federal Member of Parliament Mrs. Maria Vamvakinou, who received an Icon from the Archbishop as a gift for her name day, as well as Mr. Nikolaos Archontonis, the brother of the Ecumenical Patriarch, and his wife, Katerini.

After the end of the Divine Liturgy, a festive meal was served in the Parish Hall. 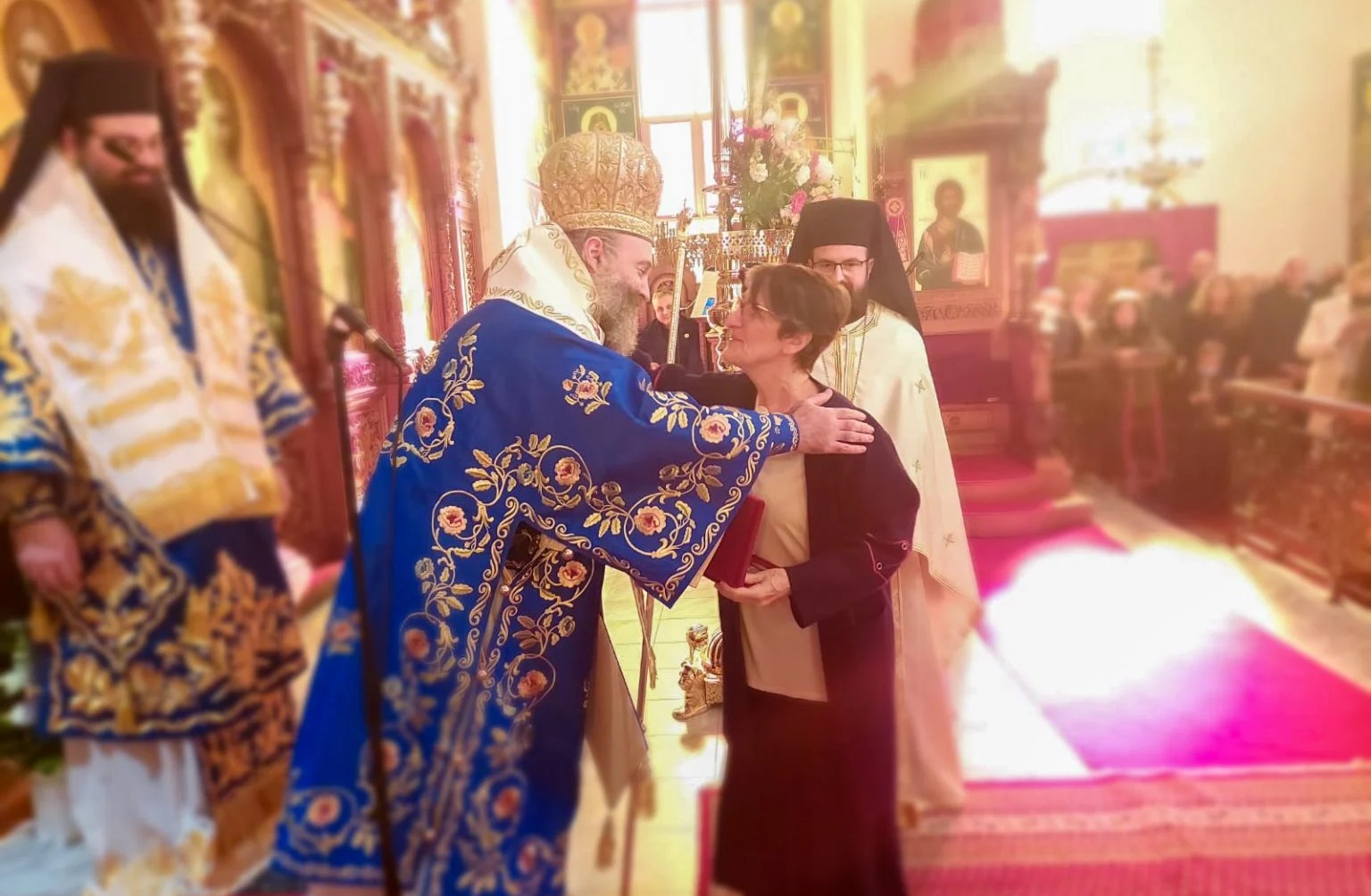 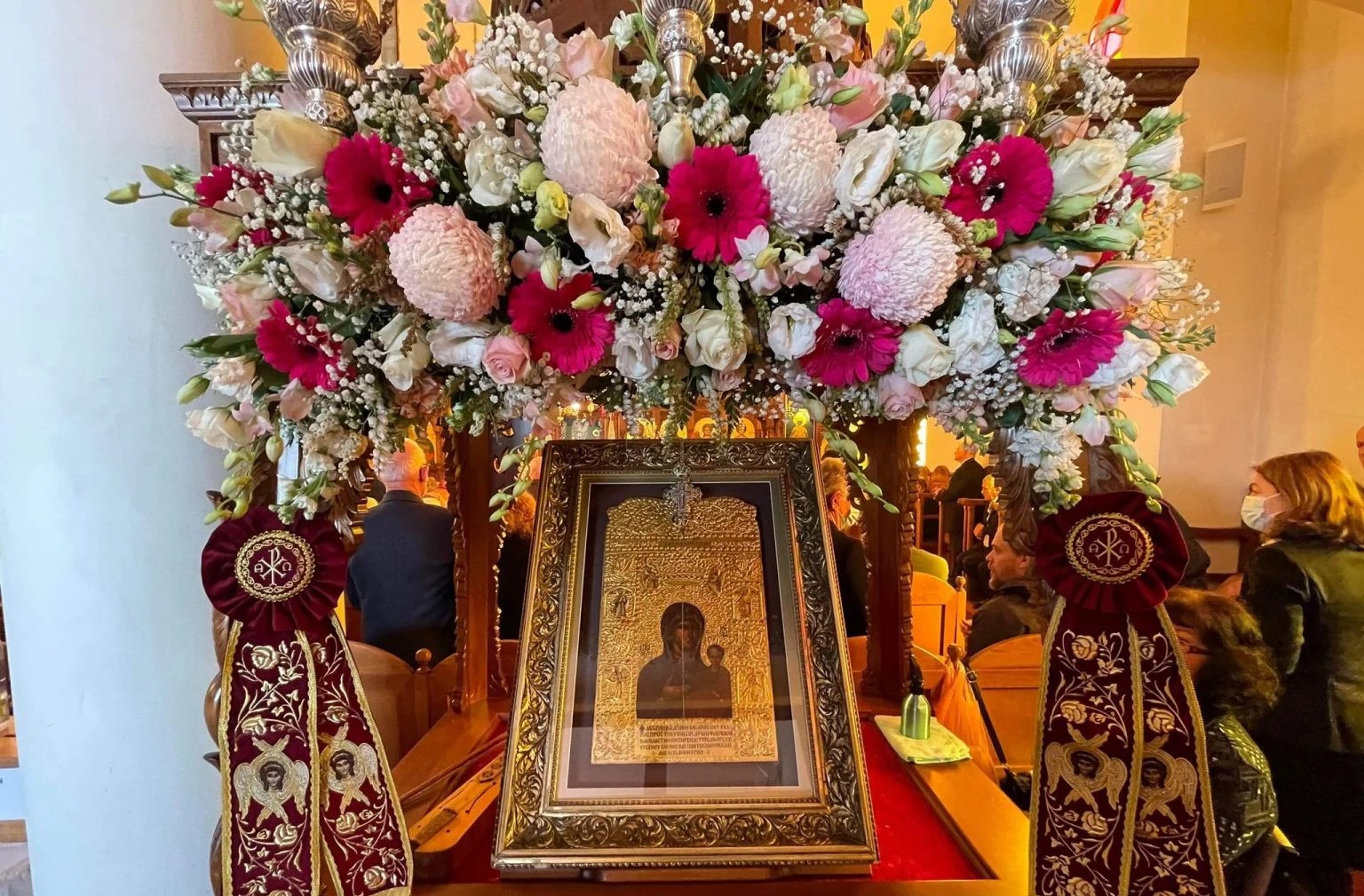 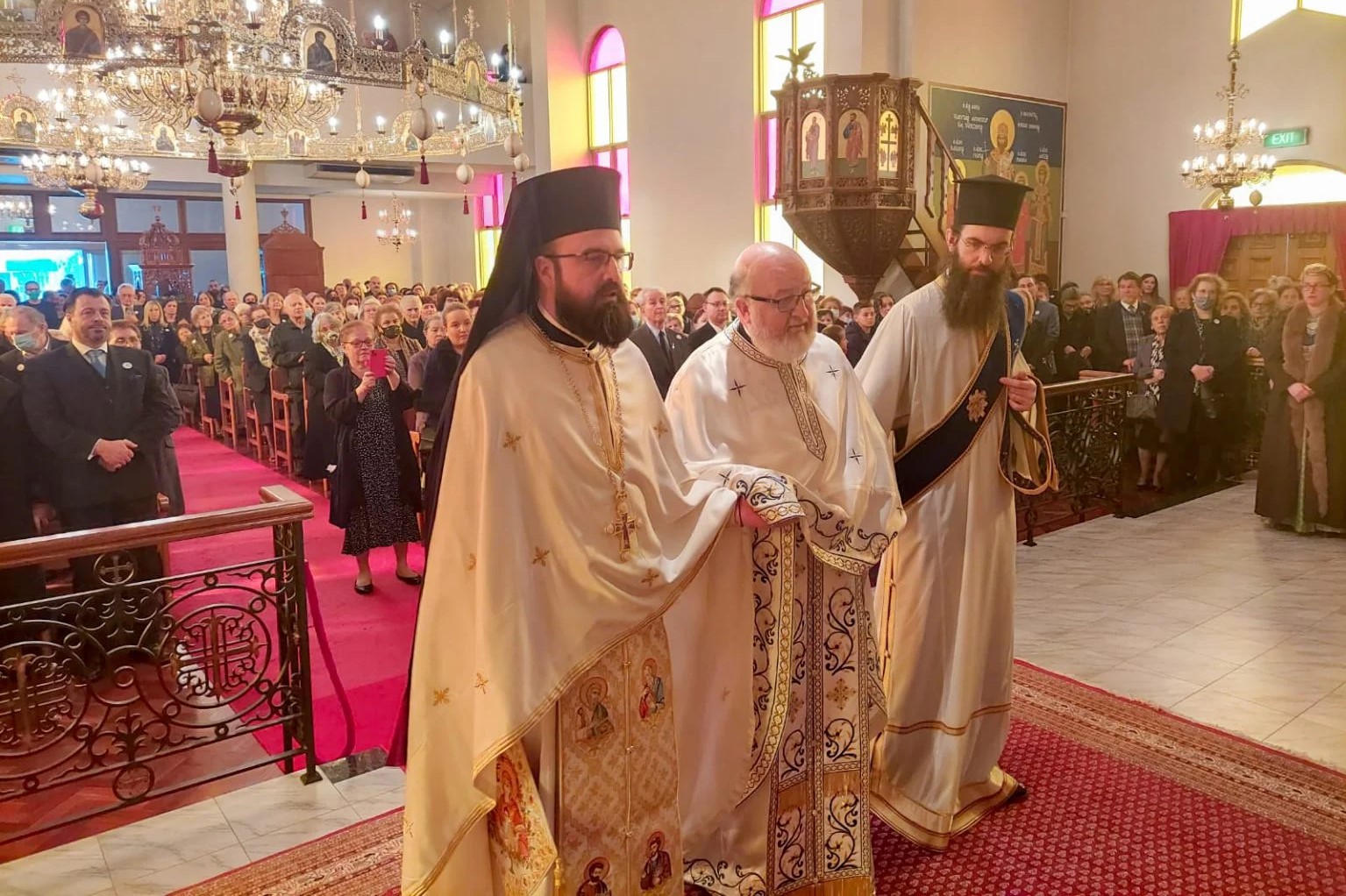 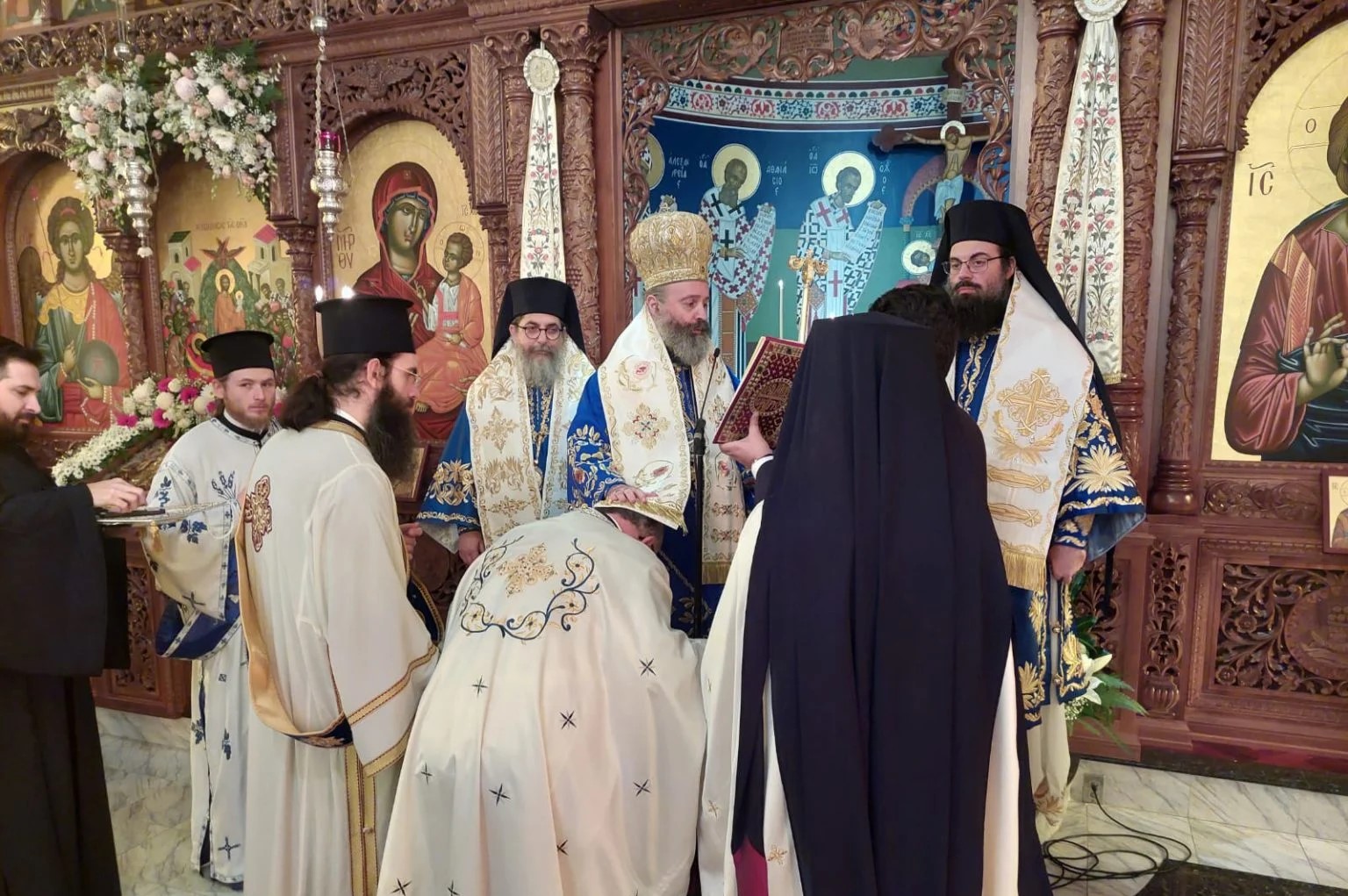 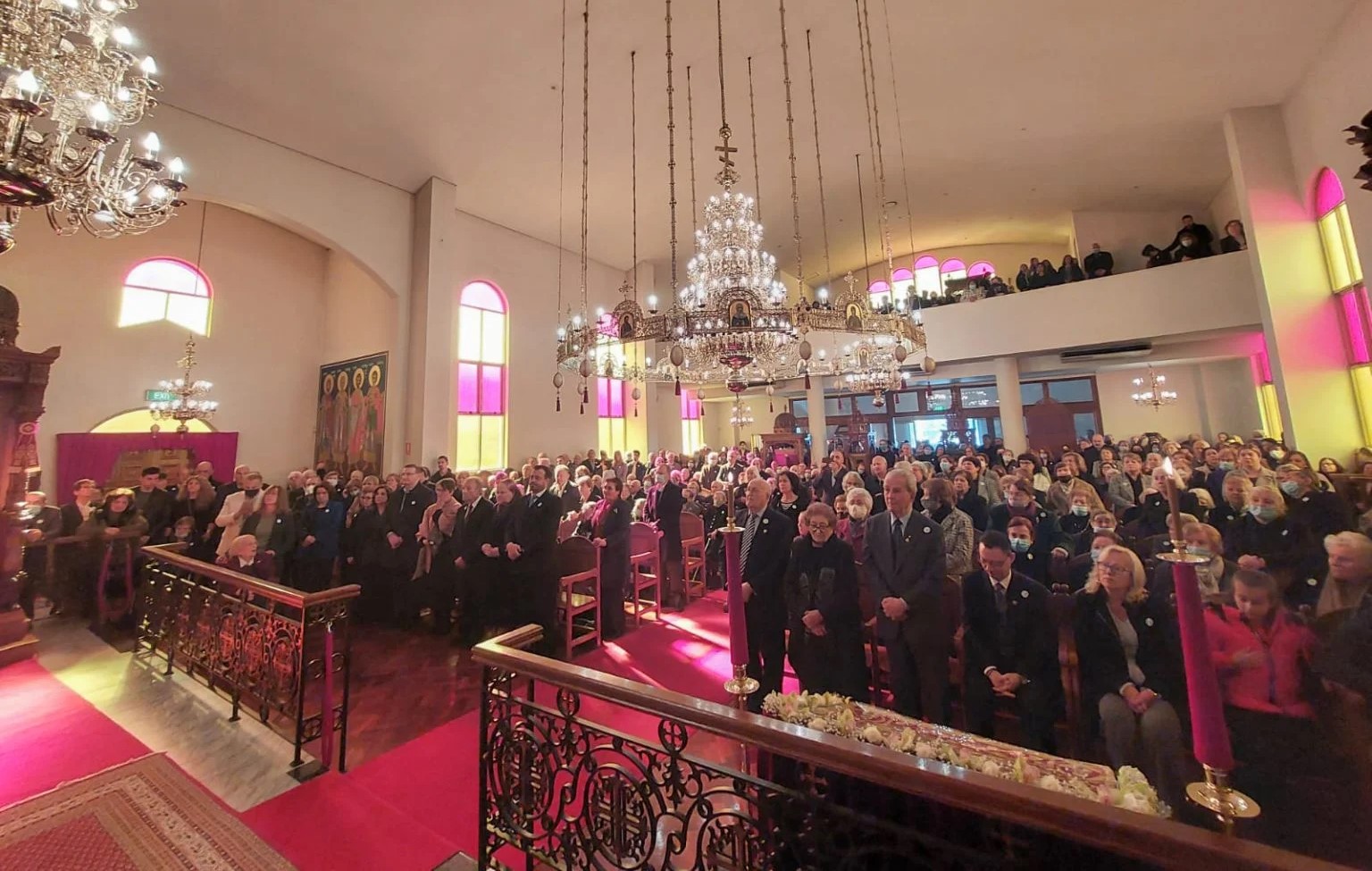 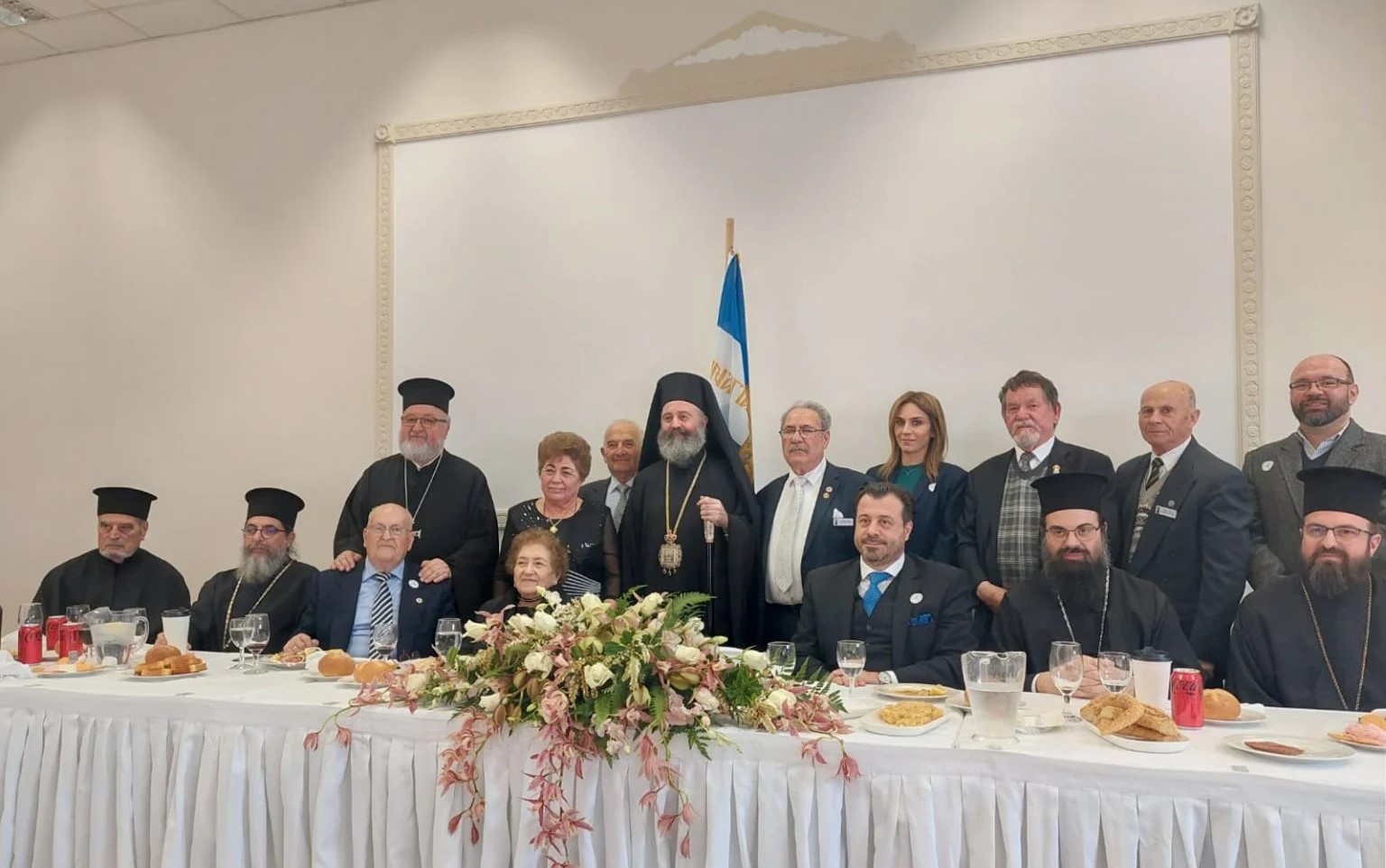