On Friday, Ma 20, 2022, the Patriarchate celebrated the feast of the appearance of the sign of the Precious Cross in the heavens.

On this feast, the Church, and especially the Church of Jerusalem celebrates the event that took place in AD 351, at the third hour, which is at nine o’clock in the morning, a brighter than the sunrays Cross appeared and was visible from Golgotha to the Mount of Olives. The Cross was seen by many inhabitants of Jerusalem who in awe glorified God, according to the description written by Cyril the Archbishop of Jerusalem to Emperor Constantius, son of Saint Constantine the Great.

For this event, the Divine Liturgy was celebrated at the Horrendous Golgotha, by His Eminence Metropolitan Isychios of Kapitolias, with the co-celebration of Hagiotaphite Hieromonks, Priests and Priests from other Orthodox Churches and Deacons, under the chanting of Hierodeacon Simeon and Mr Gotsopoulos. The service was attended by Nuns and pious faithful Christians.

After the Divine Liturgy, there was a procession with the Hagiotaphite High Priests and Hieromonks from the Deposition Slate to the Holy Sepulchre, marching three times around the Sacred Edicule.

After the Procession, the officiating Metropolitan stood in front of the Sacred Edicule and read the Gospel narrative of Easter Sunday and Saint Cyril’s letter, with the description of the celebrating event in Greek, and His Eminence Archbishop Theodosios of Sebastia read the translation of this letter in Arabic. There was a supplication at the end of the readings.

Finally, bells tolling, the Episcopal entourage returned to the Patriarchate Headquarters and paid its respect to His Beatitude our Father and Patriarch of Jerusalem Theophilos. His Eminence Metropolitan Isychios addressed His Beatitude as follows:

Twenty centuries ago, the cross was an instrument of shameful punishment and horrible death. The Romans sentenced the greatest criminals to death by crucifixion.

Today the cross dominates the whole life of the faithful Christians, the whole life of our Church, as an instrument of sacrifice, salvation, joy, sanctification and grace. As Saint Chrysostom writes, “this accursed and abominable symbol of the worst punishment has now become coveted and lovable.” You see it everywhere: “In the Holy Table, in the ordinations of the priests, in the divine liturgy, in the houses. So much needed has this wonderful gift become to all, this inexpressible grace. ”

The Lord Himself, with supernatural facts and wonderful revelations, revealed on various occasions, in a glaring way, how the sign of the Cross is His symbol and the invincible trophy of the faithful.

In addition to the above supernatural revelation of the sign of the Cross, there was another, again in front of innumerable eyewitnesses, when the king was Constantius, son of St. Constantine, and Saint Cyril was the Archbishop of Jerusalem. The miracle is narrated by Saint Cyril himself to the king in a letter, in which he states that on that day (May 7, 346 AD, the period of Pentecost), around the third hour (9 a.m.), the sign of the Holy Cross appeared in the sky, huge, bright, extending from Saint Golgotha ​​to the Mount of Olives. Not one or two saw it, but all the inhabitants of Jerusalem.

And it did not appear for a moment only, but for many hours it hung on the firmament. And it was so bright that it surpassed the rays of the sun in the Flash, so they could see it clearly at daylight, at noon. Seeing this miracle, the people of the city ran to the Church of the Resurrection.

If September 14 is the feast of the Exaltation of the Holy and Life-giving Cross, a feast on which human hands, Patriarchal and Royal, raised the Holy Cross, projecting Him as the symbol of the Christian faith and the “lock of Paradise” because it is the point of our reference to the One who shed His holy blood on It, May 7th is another celebration of His Exaltation, not by human hands this time, but by the “hands” of God Himself. Because He wanted, when the Christian faith had already been accepted and expanded, to reveal the Cross in Heaven, as an extension, we would say, of His revelation on Constantine the Great, with the well-known “In this be victorious”.

The hymnology of our Church highlights the event and pervades it in all its parameters: “Today the divine multitude of the faithful rejoices. Because the Cross appeared in Heaven to a great extent. The air shines from uncreated light. The air is illuminated and the face of the earth becomes beautiful. The Church of Christ sings divine songs. The Church shows its respect, honouring the divine and miraculous Cross that protects it from Heaven ” (free translation of a sticheron from Vespers).

The Venerable Patriarchate of Jerusalem, following the order and practice of the Orthodox Church, honours and celebrates the feasts, among which is the present feast, “of the appearance of the sign of the Precious Cross in the heavens”, which, although being a local feast, has an effect on Orthodoxy around the world.

Pray Your Beatitude, that Our Venerable Brotherhood continues this tradition for centuries to come”. 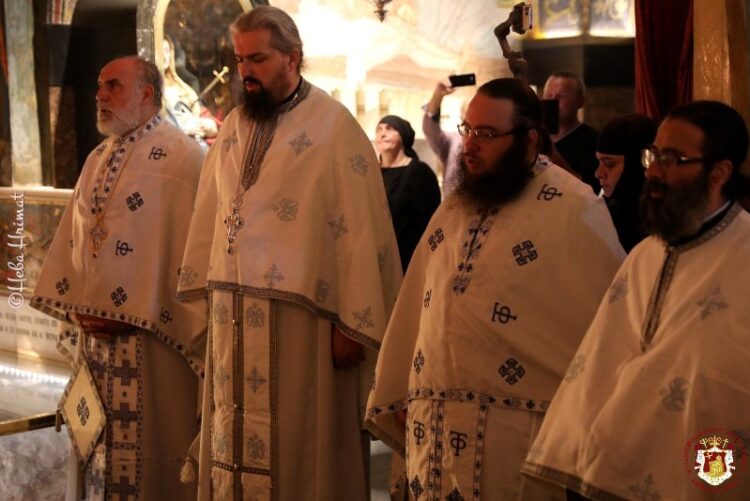 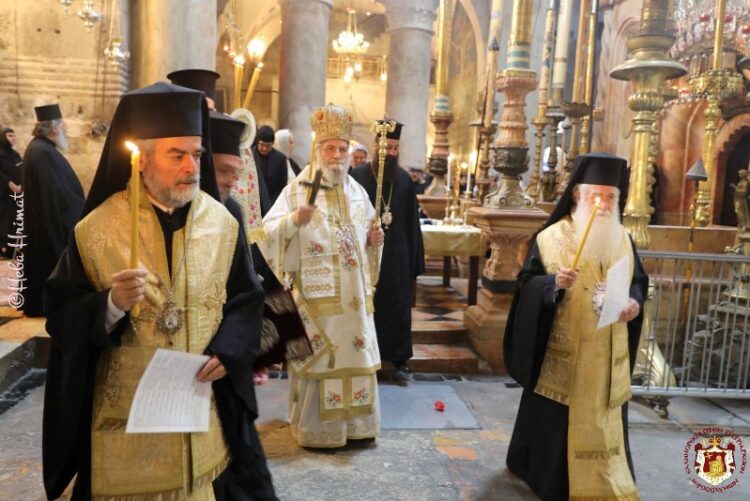 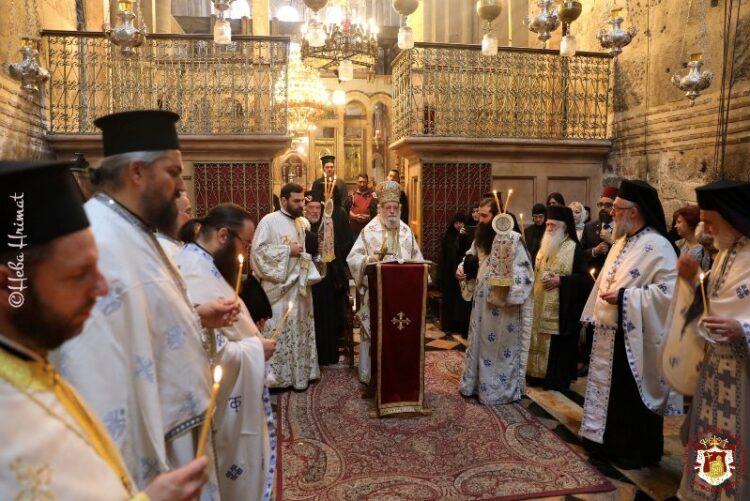 The Ambassador of the U.S.A. in Greece visited the Patriarchate of Jerusalem

Archbishop Elpidophoros: I am so happy for Father Alex, this is a unique honor

Archbishop Elpidophoros joyfully shares with great pleasure and pride, the announcement of the White House that the Reverend Alexander...