The Feast of Pentecost at the Patriarchate of Jerusalem

On this feast, the whole Church and especially the Church of Jerusalem commemorates in joy, gleefulness and doxology that fifty days after the Lord’s Resurrection, and ten days after the Ascension, the Lord, Who had ascended in the heavens and sat by the right side of the Father and deified the human form that He had received for us, fulfilled His promise to His disciples, and sent through the Father the Holy Spirit, the other Comforter, in the form of tongues of fire, which sat on top of each disciple’s head. With the Holy Spirit, they received the gift to speak about the marvels of God in ‘foreign languages’ to the gathered crowds who believed and got baptised, who according to the book of Acts (Acts ch. 2) were ‘three thousand souls’ and they established the first Church.

This wondrous event was celebrated on Sunday morning with the Divine Liturgy at the Holy Sepulchre, which was led by Patriarch of Jerusalem Theophilos with the co-celebration of , Metropolitan Isychios of Kapitolias, the Archbishops, Theophanes of Gerassa, Aristarchos of Constantina, Theodosios of Sebastia, Nectarios of Anthedona, Philoumenos of Pella, the Elder Kamarasis Archimandrite Nectarios, Archimandrite Klaudios, Arab-speaking Priests and Priests from Russia, Romania and Georgia. Many faithful Christians attended the Service, as well as the Consul General of Greece in Jerusalem Mr Evangelos Vlioras.

The Divine Liturgy was followed by the Service of Vespers for the Monday of the Holy Spirit, with the prayers of the kneeling service.

After the Services the Patriarchal Entourage returned to the Patriarchate Reception Hall, where His Beatitude gave His blessing to all present. 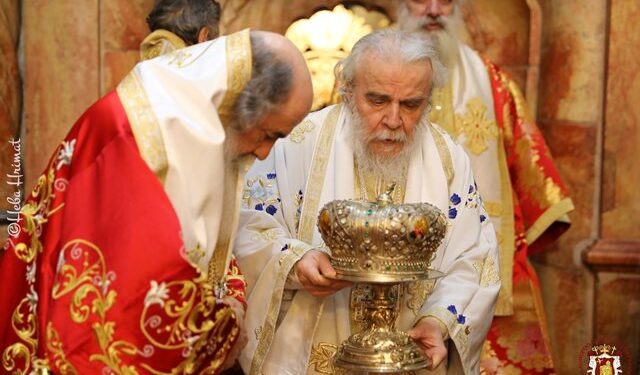 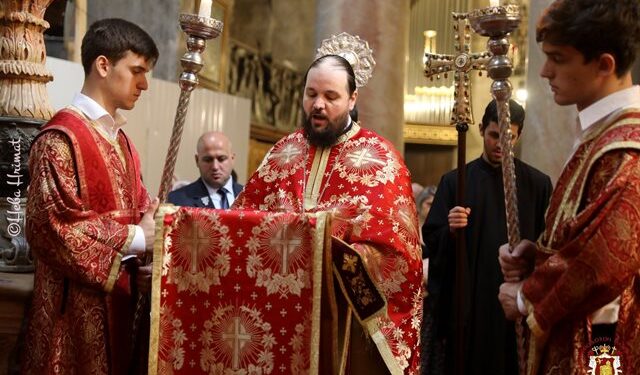 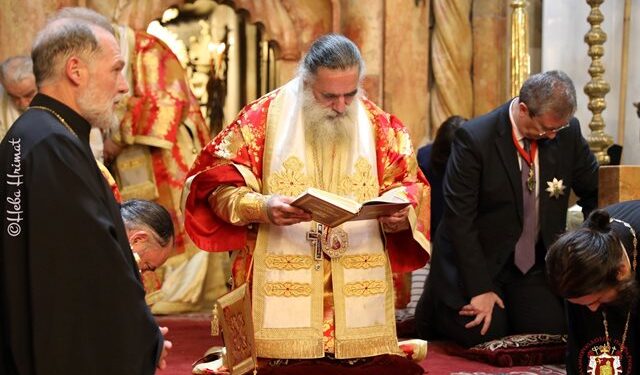 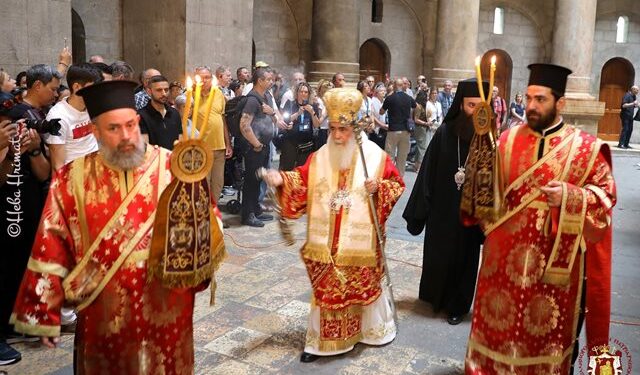 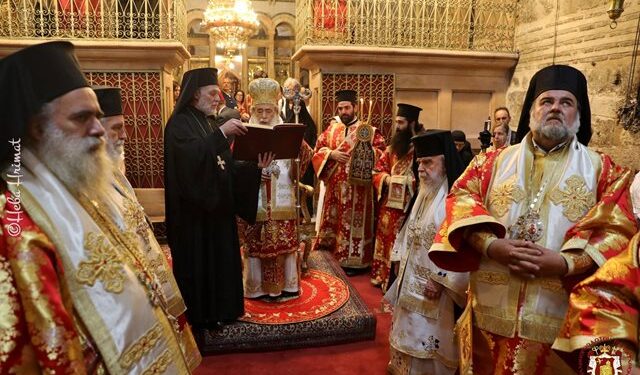 Archbishop of Australia: The Holy Spirit "in unity called all"