On Sunday, December 25, 2022, the Patriarchate of Jerusalem celebrated the feast of our Holy Father Spyridon Bishop of Trimythus the miracle worker.

On the occasion of his celebration, Vespers was celebrated on Saturday afternoon and Divine Liturgy on Sunday morning, presided over by Archbishop Theodosios of Sebastia, with the concelebration of the Master of Ceremonies of the Patriarchate Archimandrite Bartholomew, Fr Nectarios Rajaah and the caretaker of this Monastery Hierodeacon Dositheos, while many believers from Jerusalem and other cities and pilgrims attended the services.

Through this Divine Liturgy, the Church commemorated Saint Spyridon as the Father of the Church, who defended the one essence of the Son with the Father in the First Ecumenical Council, in AD 325 and as being deemed worthy of the gift to work miracles due to his honorable and virtuous life.

Through his prayer, God dissolved the draught and sent down a lot of rain, and again through his prayer, he stopped it. In the same way, through prayer, he changed the snake into gold and again the gold into a snake, he resurrected his daughter, to show him that she had kept the inheritance of a poor woman and co-celebrated the Divine Liturgy with angels, as his apolytikion says.

The officiating Archbishop preached the divine word to the faithful, and the caretaker of the Monastery, Hierodeacon Dositheos hosted a reception for the Episcopal Entourage and the congregation at the hegoumeneion. 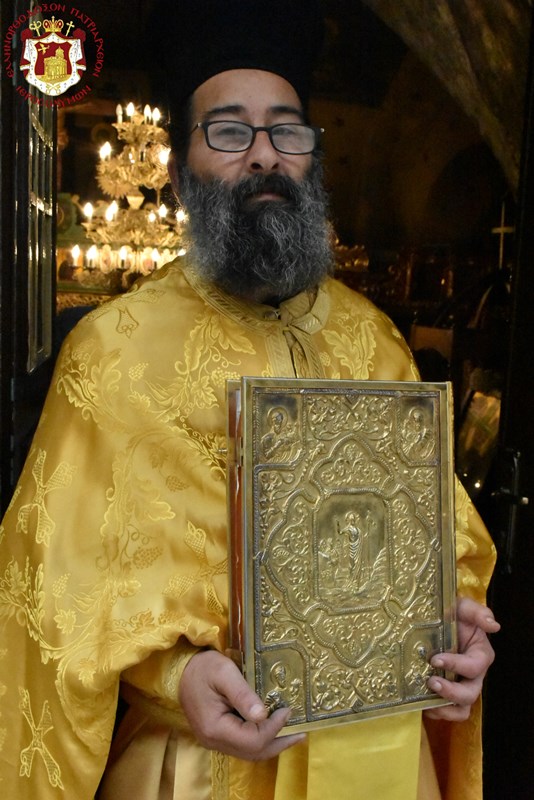 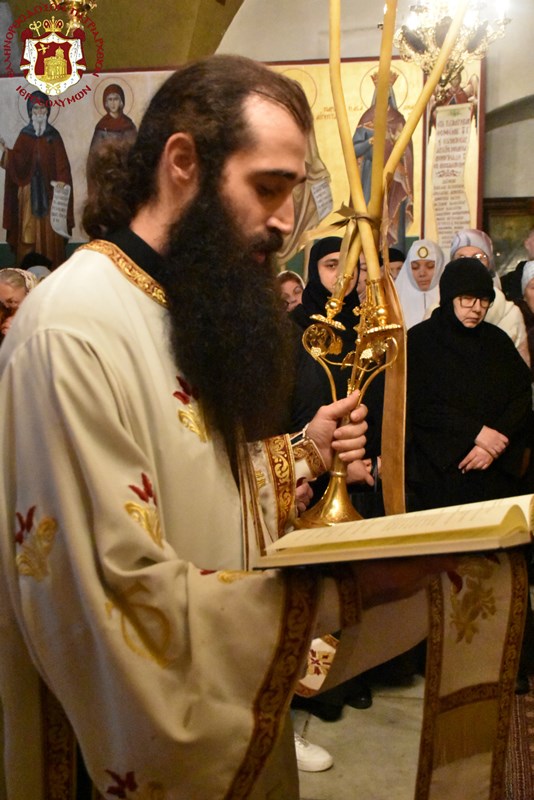 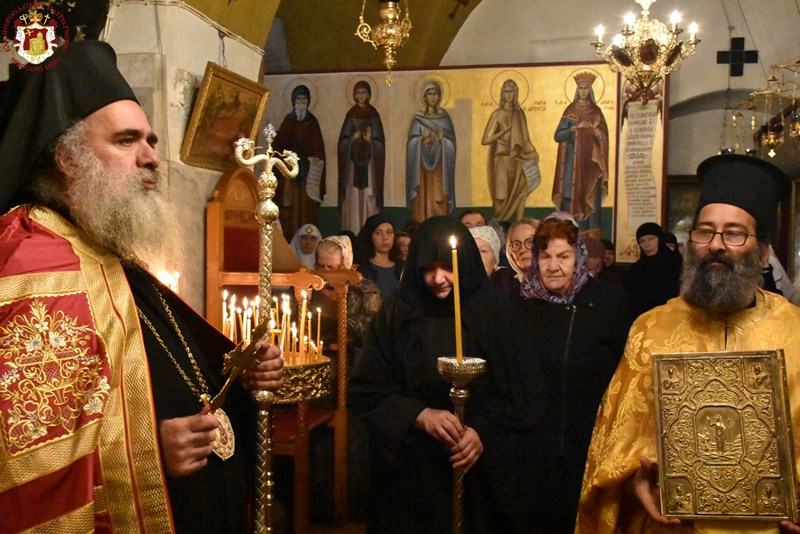 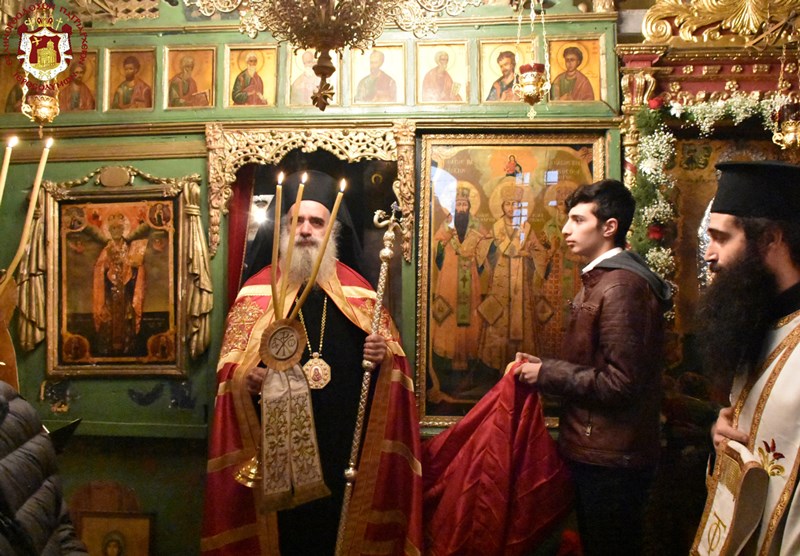 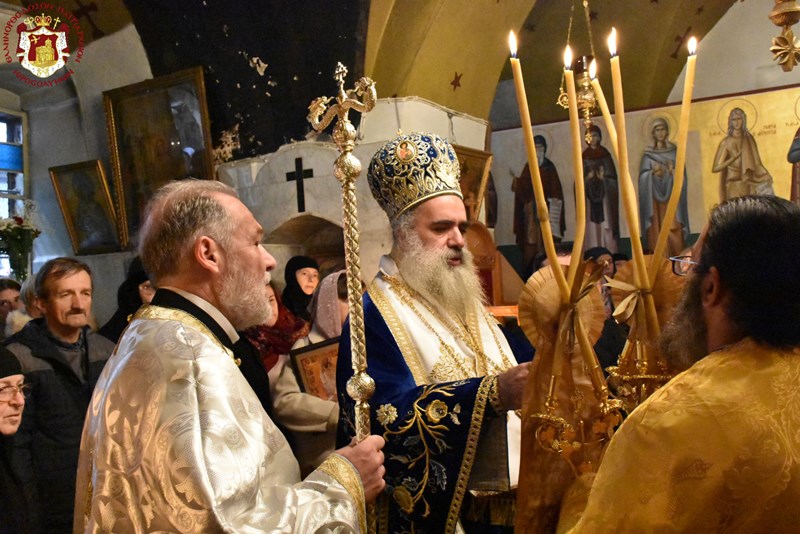 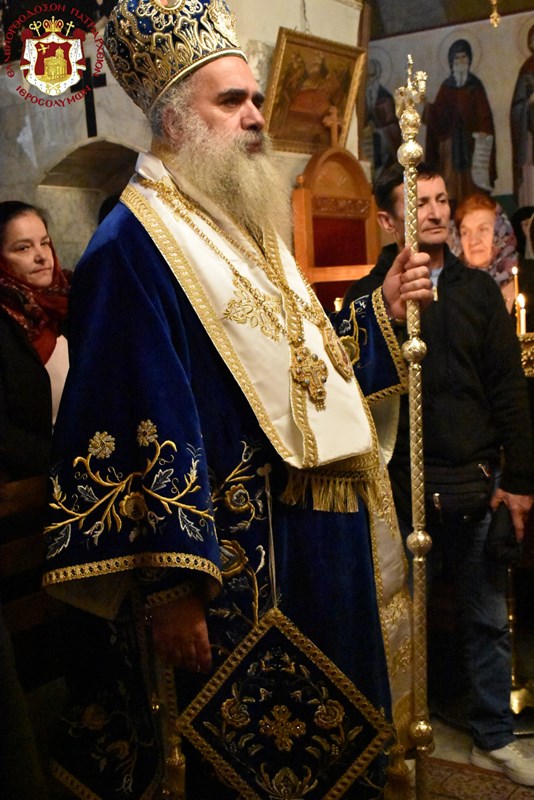 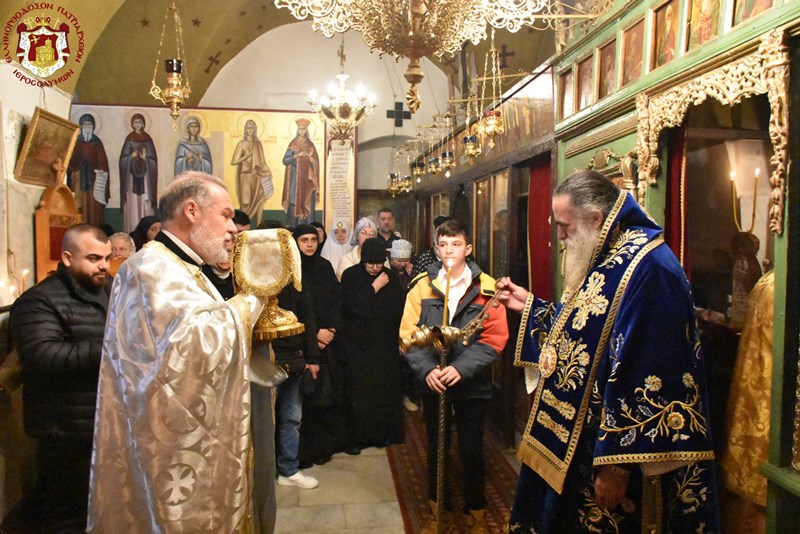 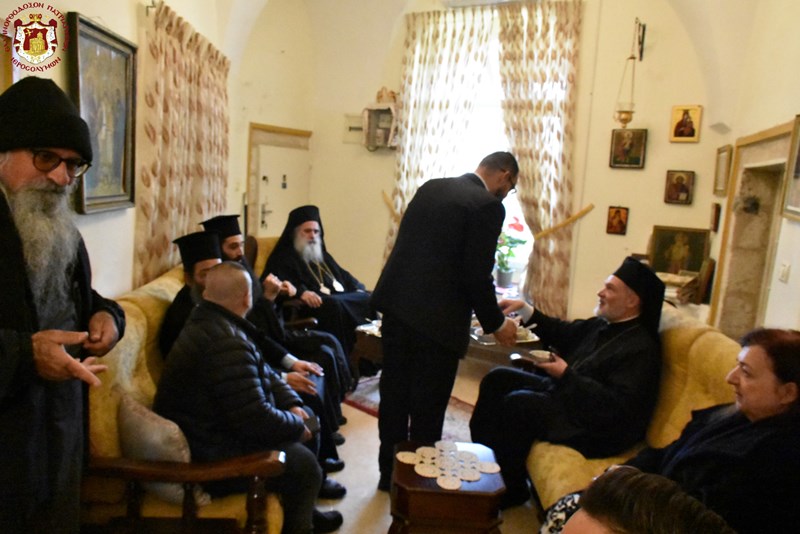