The Ecumenical Patriarch was warmly welcomed in Metsovo (VIDEO)

On the afternoon of Thursday, July 14, 2022, the last day of his official visit to the Metropolis of Ioannina, the Ecumenical Patriarch went to the historic town of Metsovo, where he was warmly welcomed by the faithful people of the town. People on horseback wearing traditional costumes accompanied the Patriarch’s car to the central square of Metsovo, where in front of the Church of Saint Paraskevi, a crowd of faithful awaited him holding lit candles.

The Ecumenical Patriarch, accompanied by the Metropolitan of Ioannina and Archimandrite Seraphim Kachrimanis, Archieratical Commissioner of the District of Metsovo and Supervisor of the Church, blessed the faithful, who enthusiastically and reverently rushed to receive the Patriarchal blessing.

Then, in the Church of St. Paraskevi, the Patriarch awarded the Officio of the Archon Hieromnemon of the Holy Church of Christ to Mr. Michael Tritos, Professor Emeritus of the Faculty of Theology of the Aristotle University of Thessaloniki.

In his speech, the Ecumenical Patriarch congratulated the new Archon, who comes from this mountainous town of the Prefecture of Ioannina, and referred to the academic career and the multi-dimensional contribution of the honored.

“Your rich teaching and research writing work, your studies on the history and culture of Orthodoxy in the Balkan Peninsula, enlighten us about the course of Christianity in this region, which was connected with the national adventures, rivalries, and liberation struggles of the Balkan peoples. We mention selectively and indicatively your writings on the Vlach-speaking peoples of the Balkans, on the Churches of Romania and Albania, and on the Church of Skopje, which now belongs as the “Archdiocese of Ohrid” to the Pan-Orthodox family.

We honor your theological zeal, your devotion to the Church and its traditions, your great love for your native town, the historic Metsovo, and your contribution to the study of its ecclesiastical history and folklore. We acknowledge your respect for Christ’s Holy and Great Church and its pan-Orthodox and ecumenical mission, which is also highlighted by your relevant research and writing work. We are sure that you will continue your contribution to the Church, theology, and our culture, now honored with the high Offikion of the Archon Hieromnemon.”

In his response, the new Archon Hieromnemon expressed his gratitude to His All-Holiness for the great honor bestowed upon him and referred to the struggles and anxieties of the Ecumenical Throne for the preservation of the unity of Orthodoxy and the Nation. He did not fail to mention the close ties between Metsovo, which has served as a Patriarchal Exarchate for three centuries, and the Mother Church of Constantinople.

Subsequently, the Mayor of Metsovo, Mr. Konstantinos Tzafeas, addressed a warm greeting to the Ecumenical Patriarch.

The Patriarch thanked Metropolitan Maximos of Ioannina for his cordial and fraternal hospitality throughout these days, as well as the Mayor of Metsovo and Archimandrite Seraphim for the warm welcome in their historic town. He thanked the District Governor of Epirus, Mr. Alexandros Kachrimanis, former Mayor of Metsovo, for his many community services in the region.

Immediately afterwards, the Ecumenical Patriarch and his honorary entourage went to the Ioannina airport, from where they departed by private flight for Constantinople. 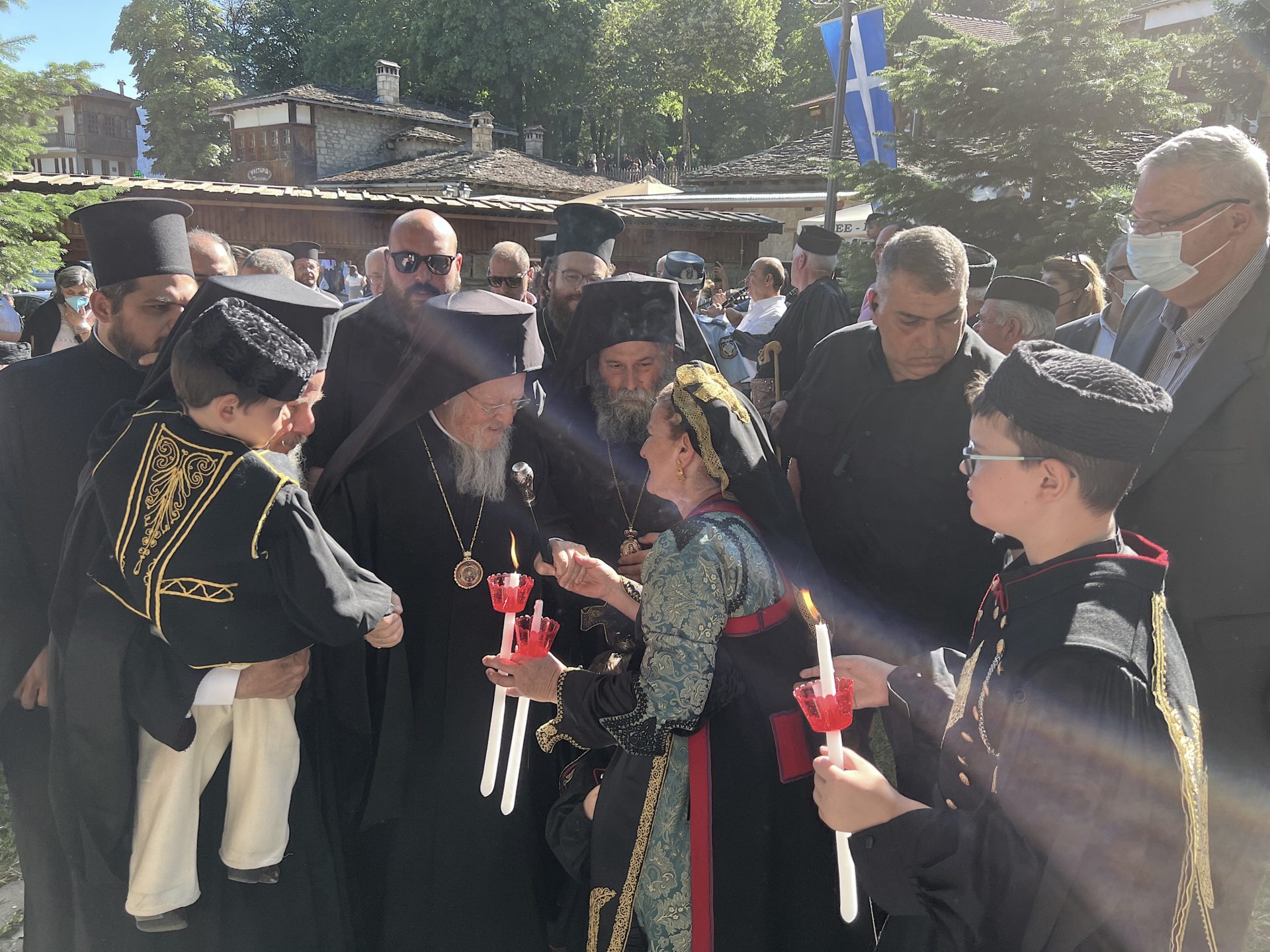 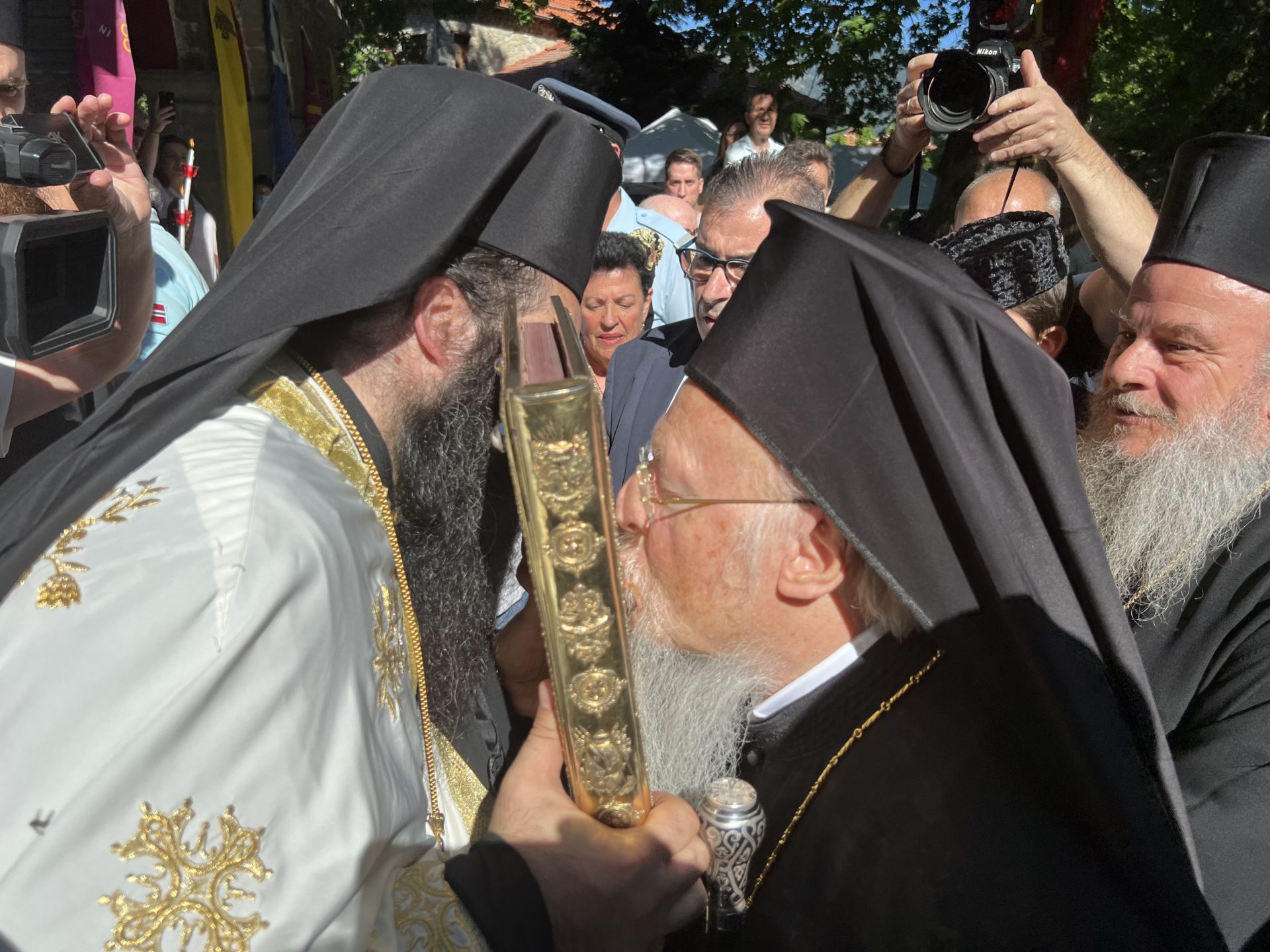 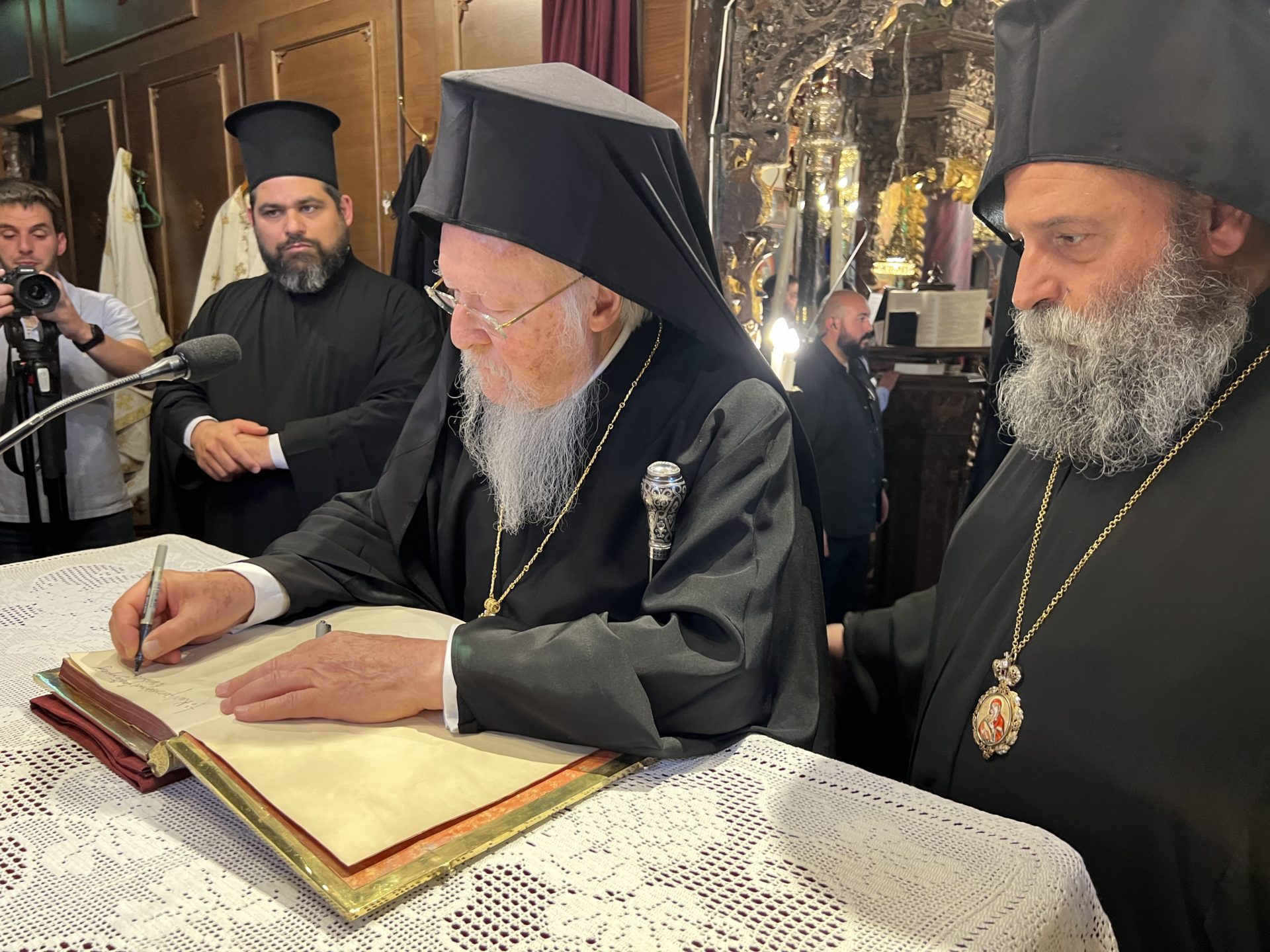 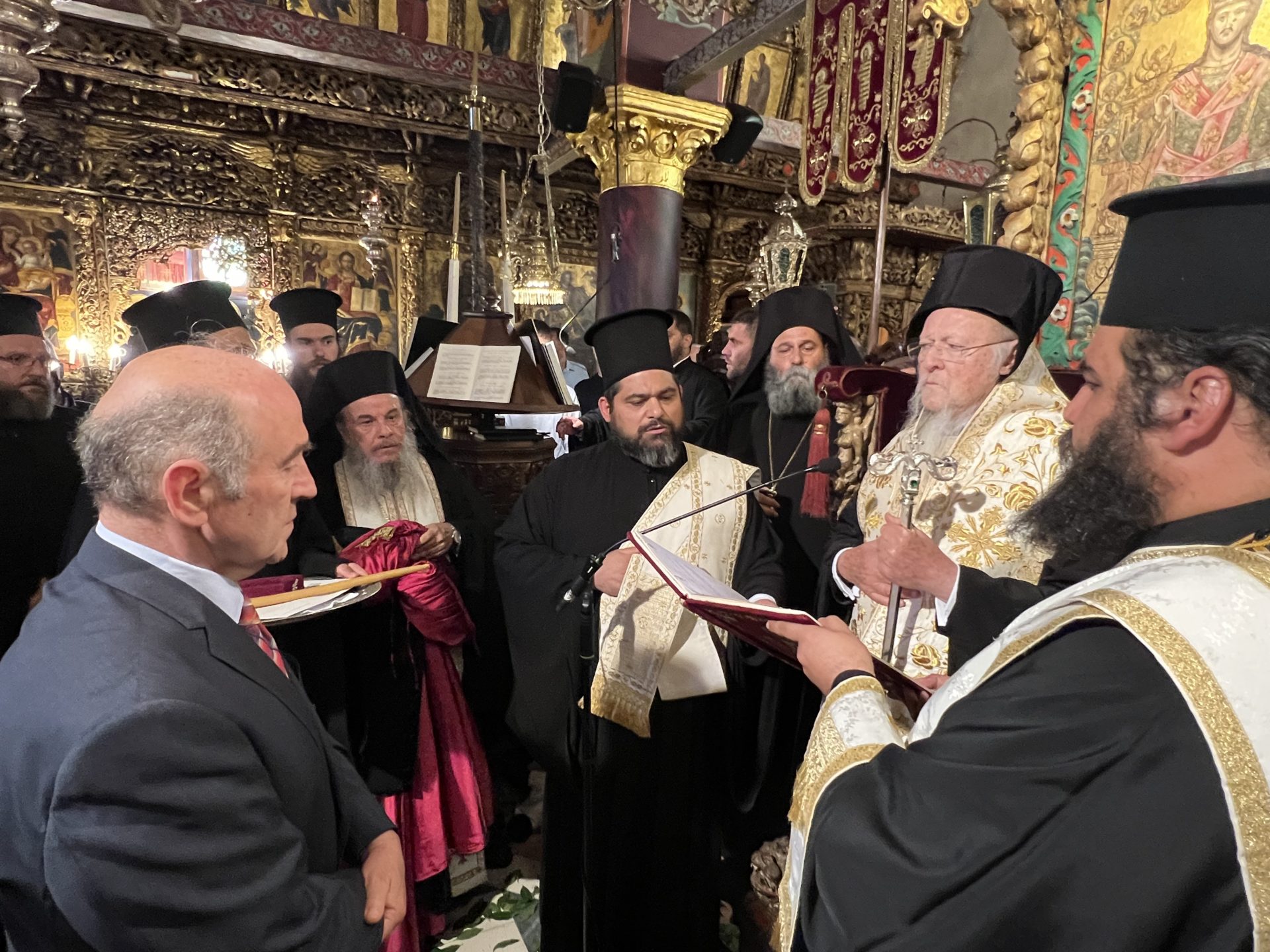 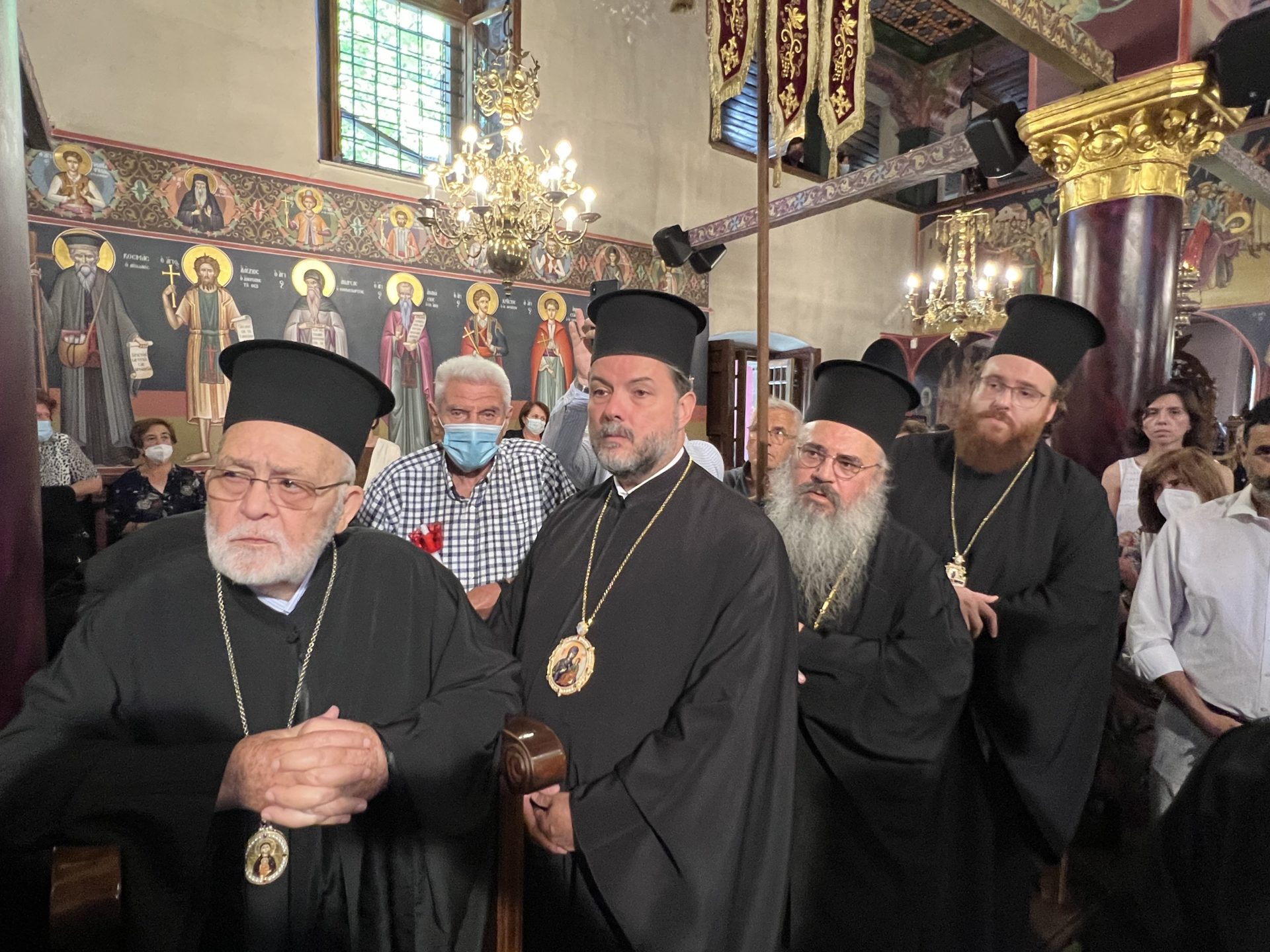 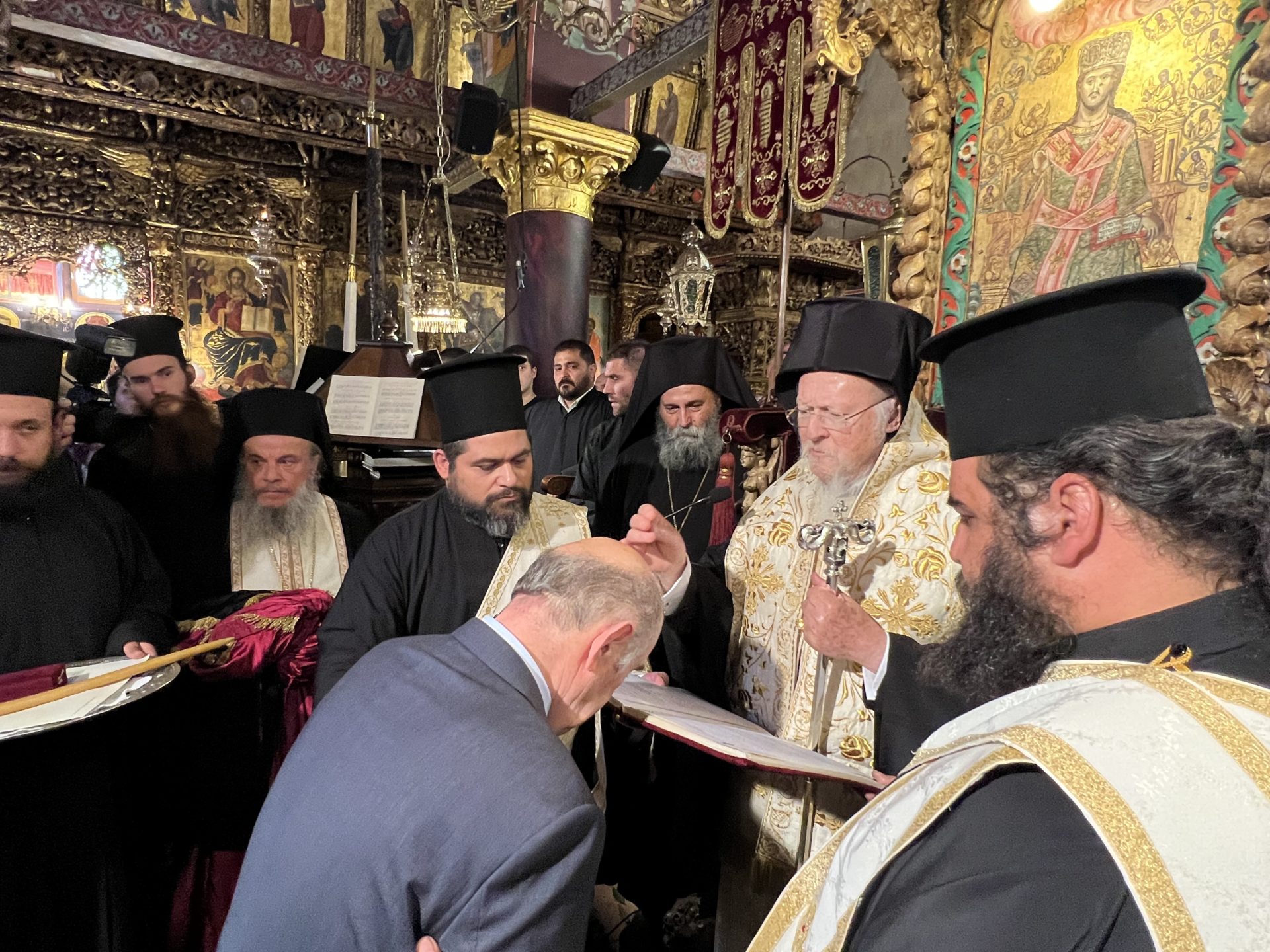 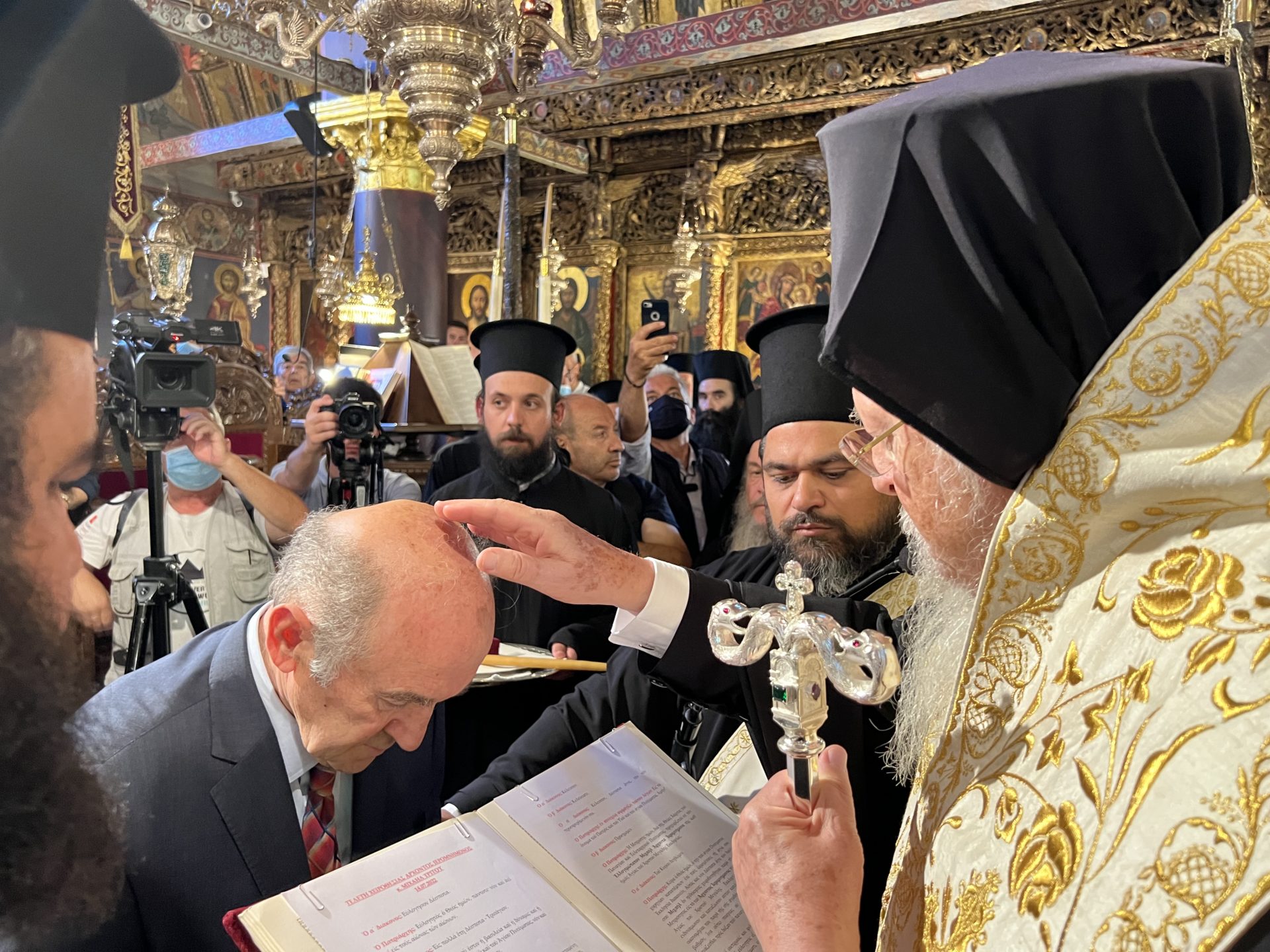 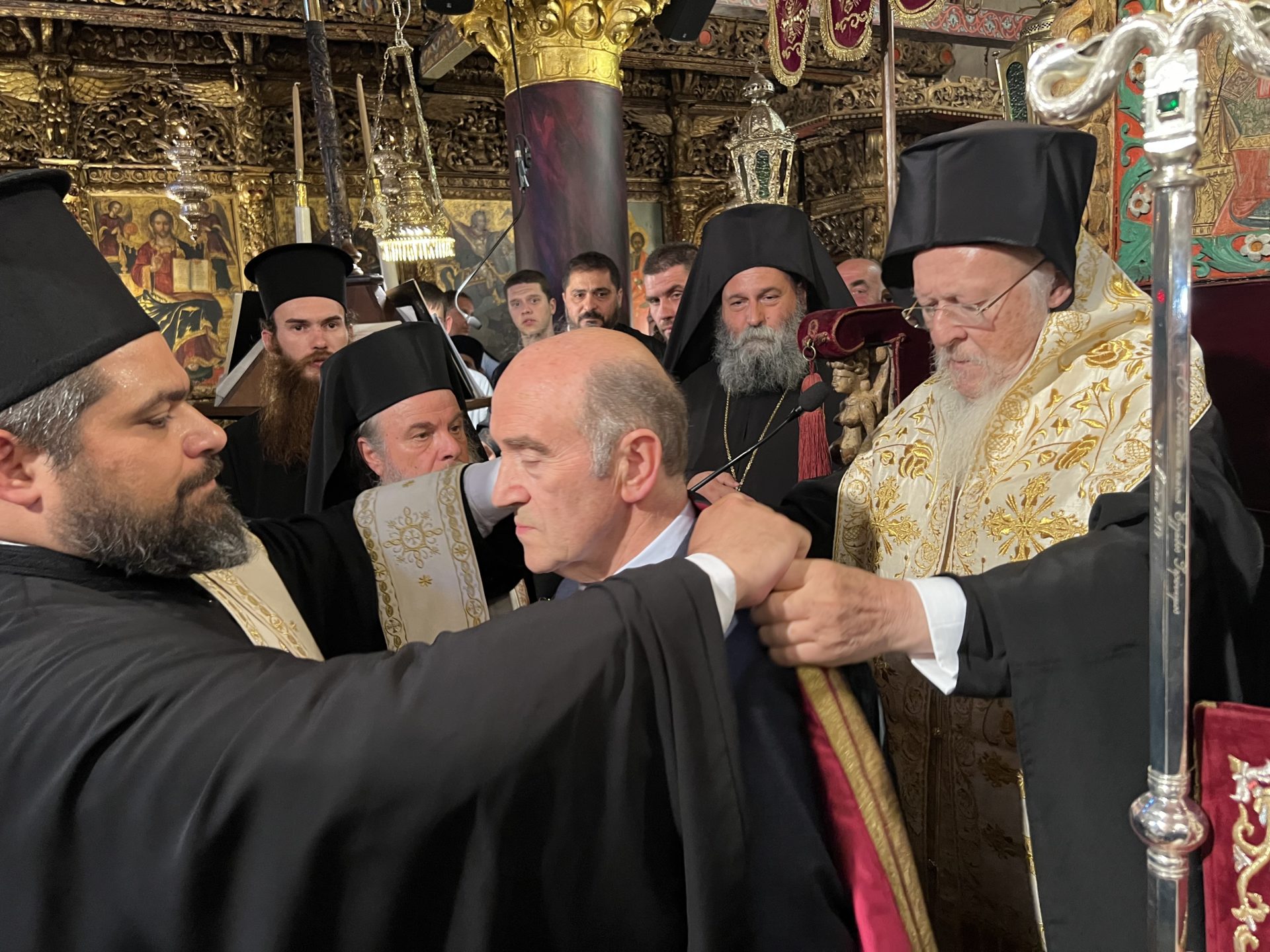 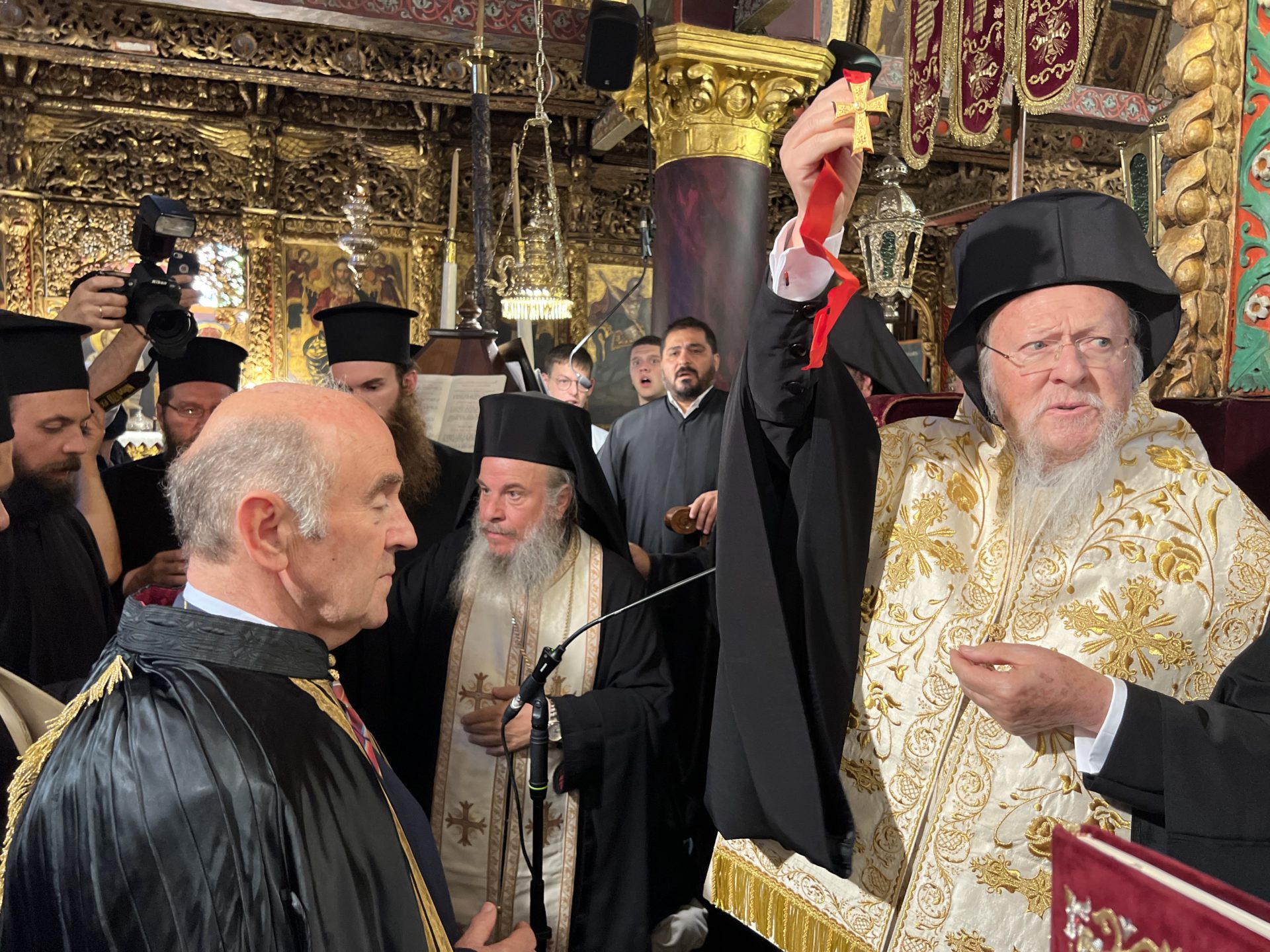 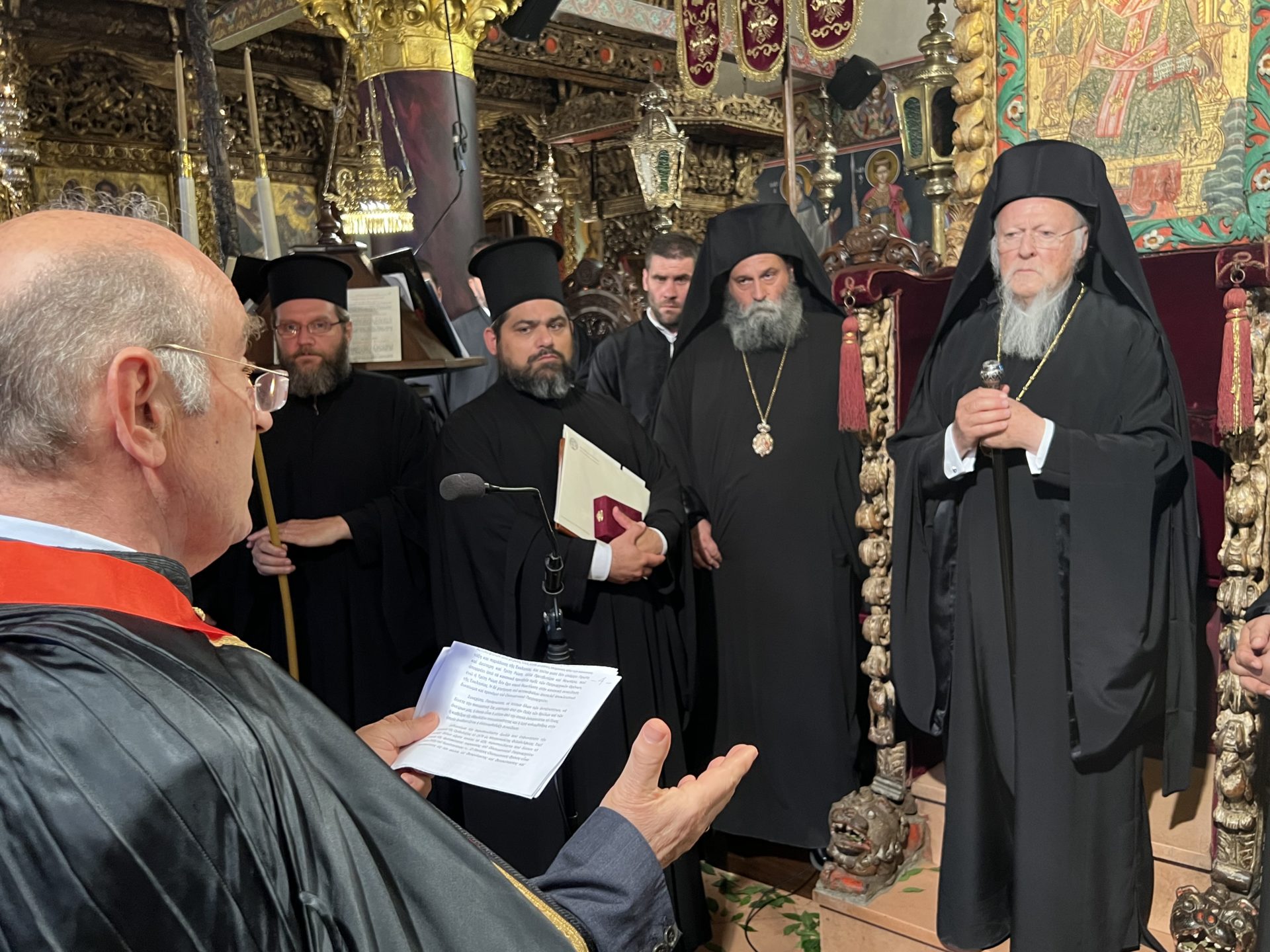 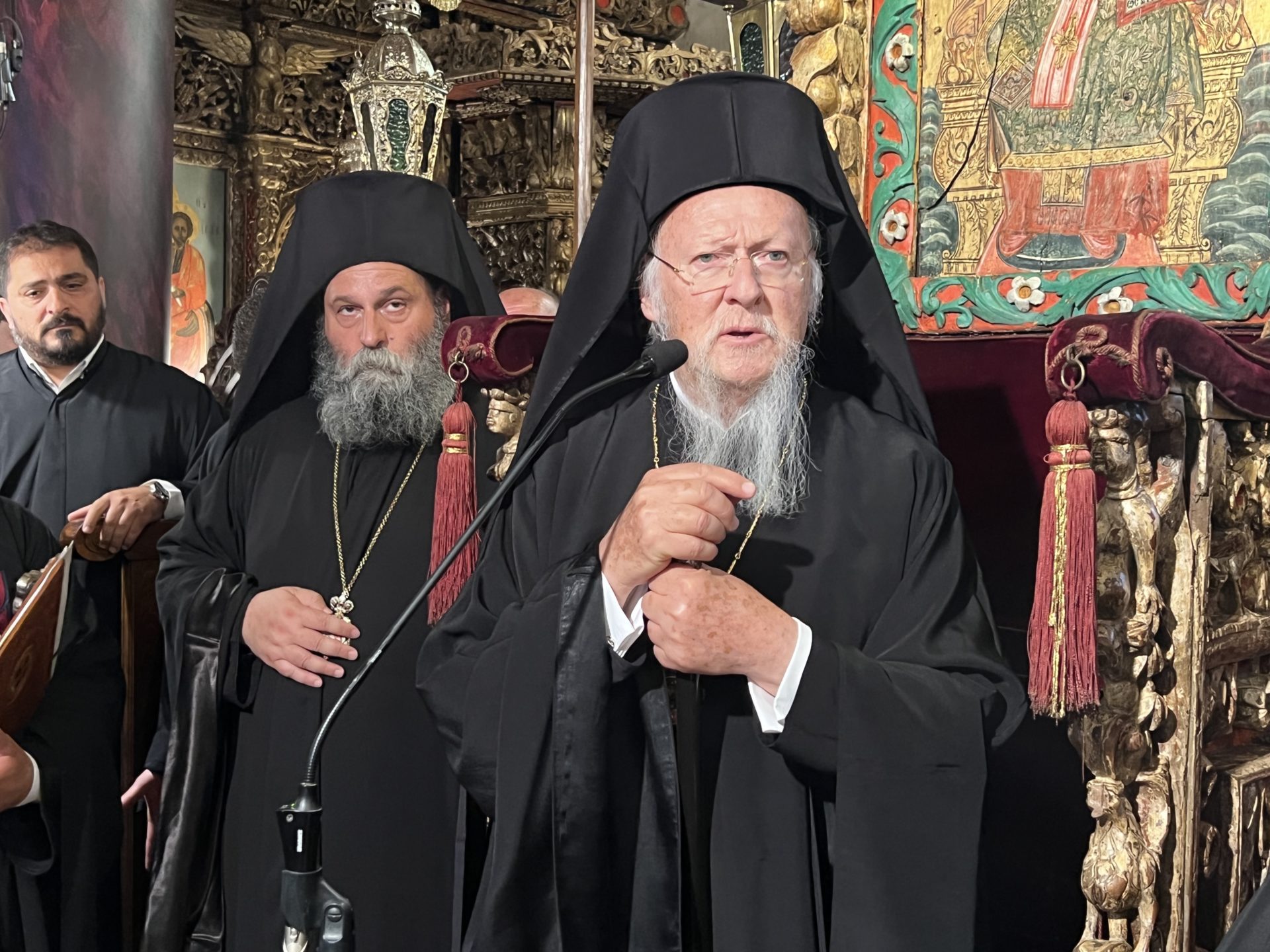 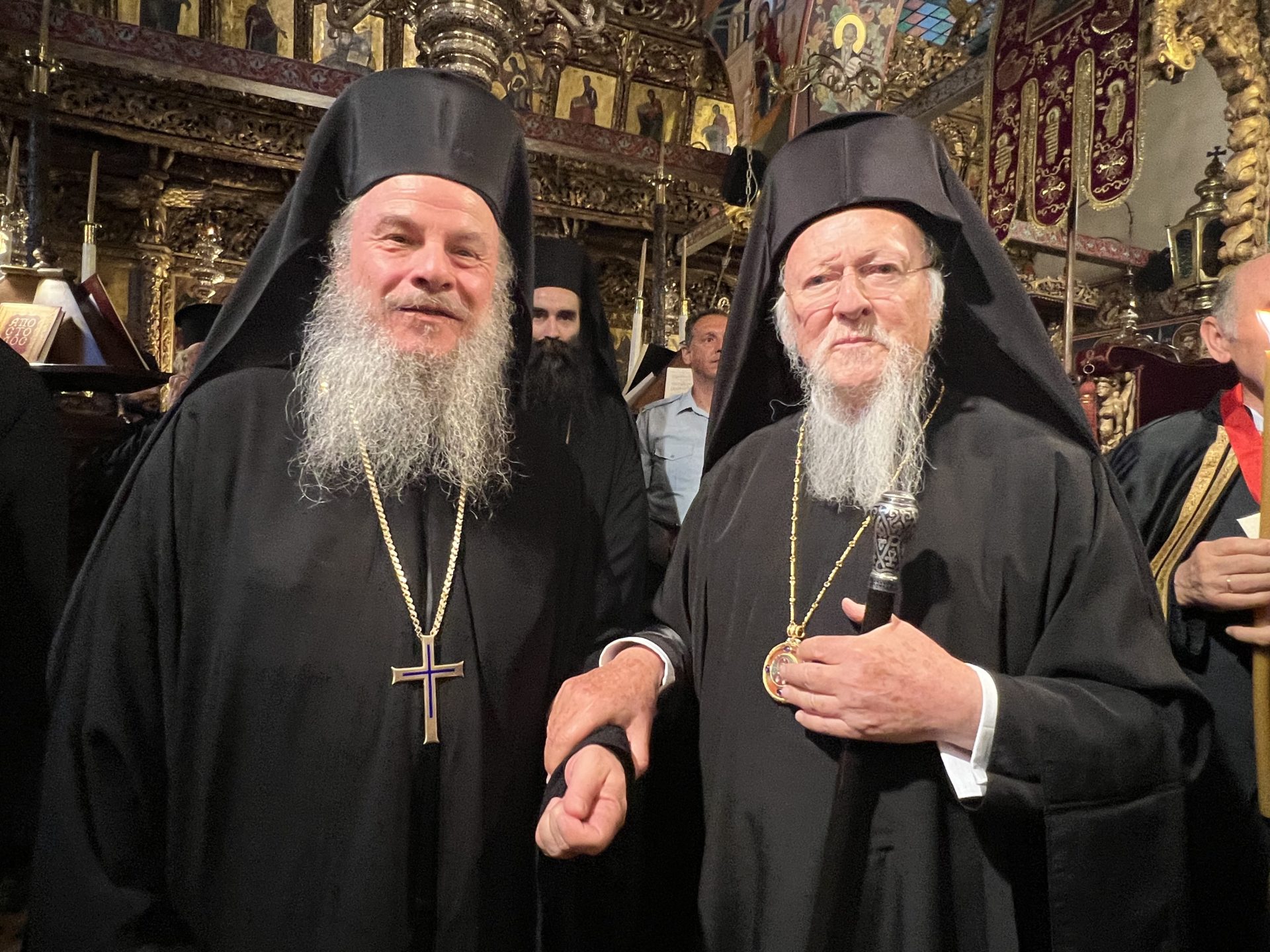