The Ecumenical Patriarch signed the Book of Condolence for Queen Elizabeth

Ecumenical Patriarch Bartholomew went to the Palace of the Consulate General of the United Kingdom in Constantinople on Tuesday, September 13, at noon, where he signed the book of condolence on the passing of Queen Elizabeth II.

In particular, the Ecumenical Patriarch wrote the following:

“”In the name of the Ecumenical Patriarchate of Constantinople, its dioceses, hierarchs, clergy and faithful living in the United Kingdom, in other Kingdoms and in the Commonwealth of Nations, in addition to our own, we express our deepest condolences and sympathy to King Charles III, the Royal House and all British people following the passing of Her Majesty Queen Elizabeth II. All of humanity greatly appreciated Her Majesty’s leadership and wisdom during her unprecedented and historic reign, filled with many changes around the world. As the world reflects on her countless contributions and enduring legacy, we recognize the importance she placed on our faith and our common Christian values throughout her life and we implore our Heavenly Lord to grant her eternal rest and peace.” 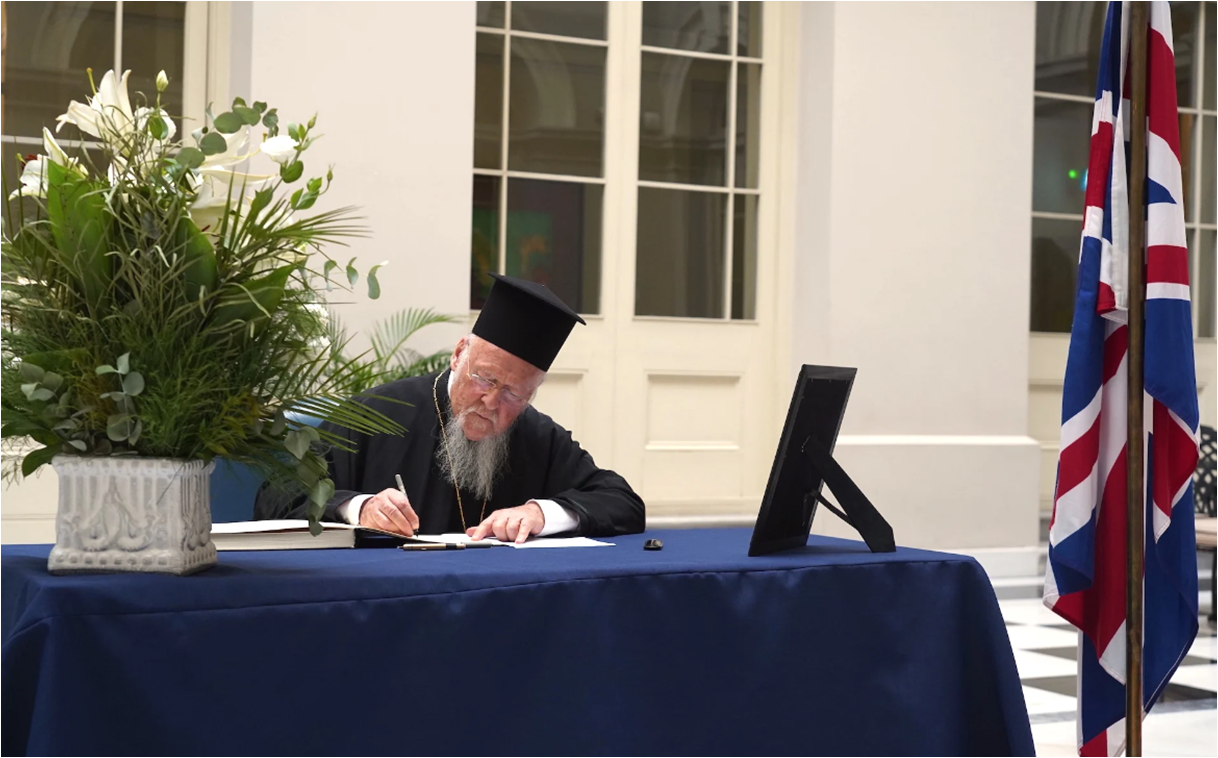 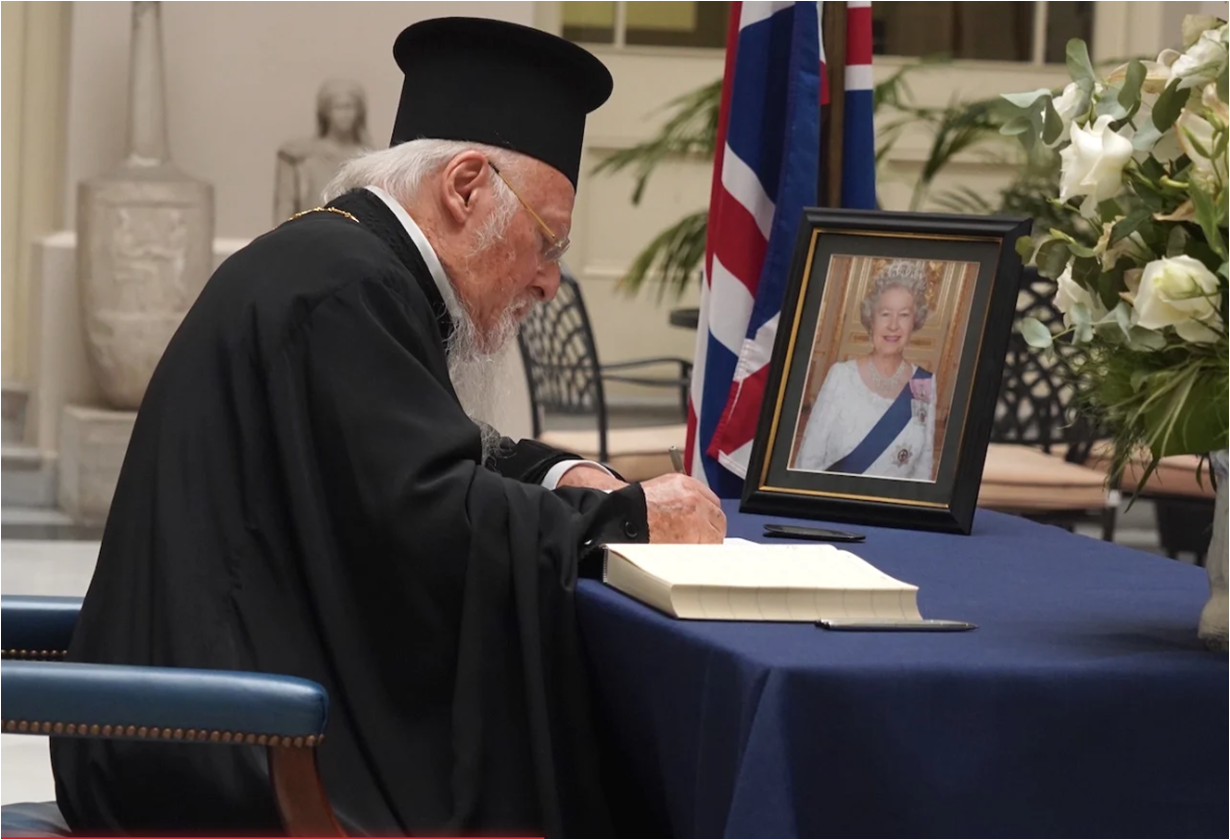 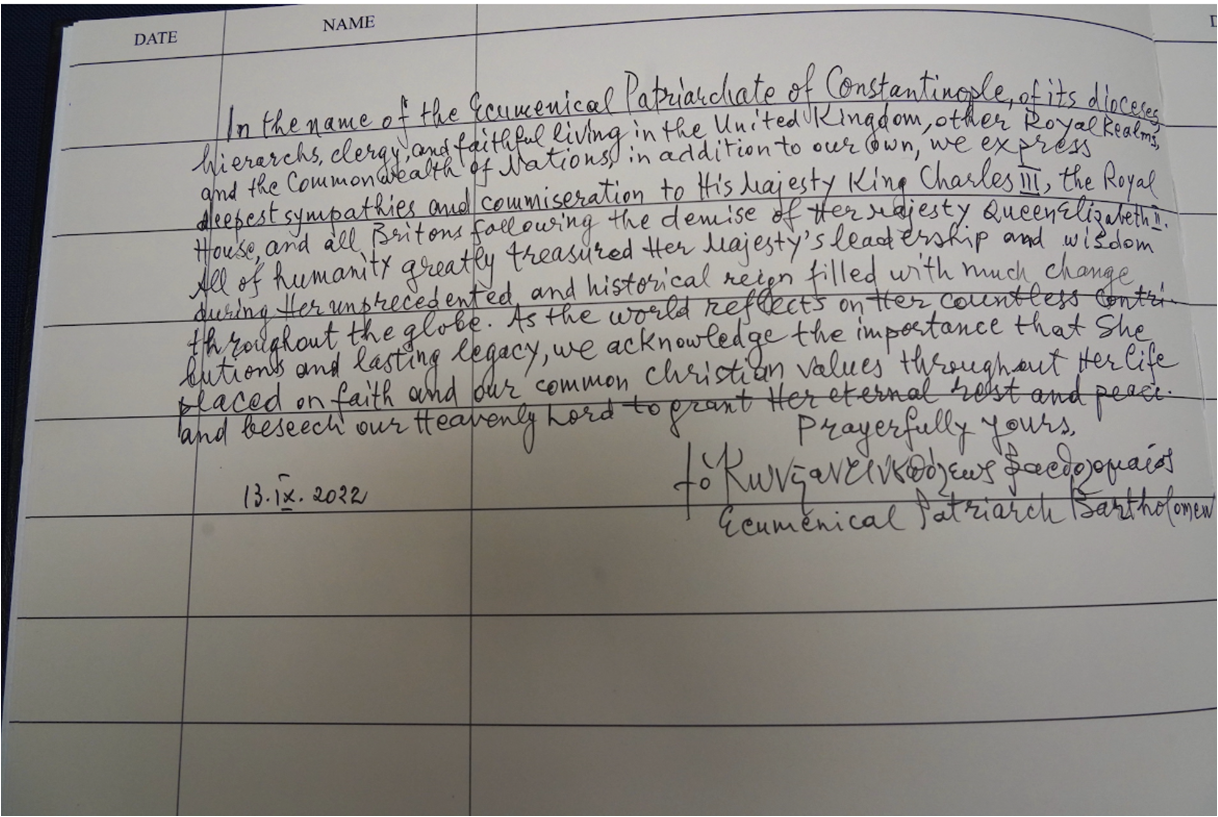