The Ecumenical Patriarch Bartholomew expressed his deep sorrow for the victims of the horrific explosion that took place yesterday afternoon on the İstiklal Cad. in the region of Taksim, which, according to announcements by the authorities, is an act of terrorism. This is a heinous and utterly reprehensible act, which has caused a real tragedy.

The Ecumenical Patriarch prays that the Almighty God will rest the souls of the victims and support their families, to whom, as well as all our fellow citizens, He expresses his condolences and the support of the Ecumenical Patriarchate, while He wishes the wounded a speedy restoration of their health.

Then Ecumenical Patriarch Bartholomew went to the point of the terrorist explosion, where he deposited a bouquet of white flowers in memory of the victims. 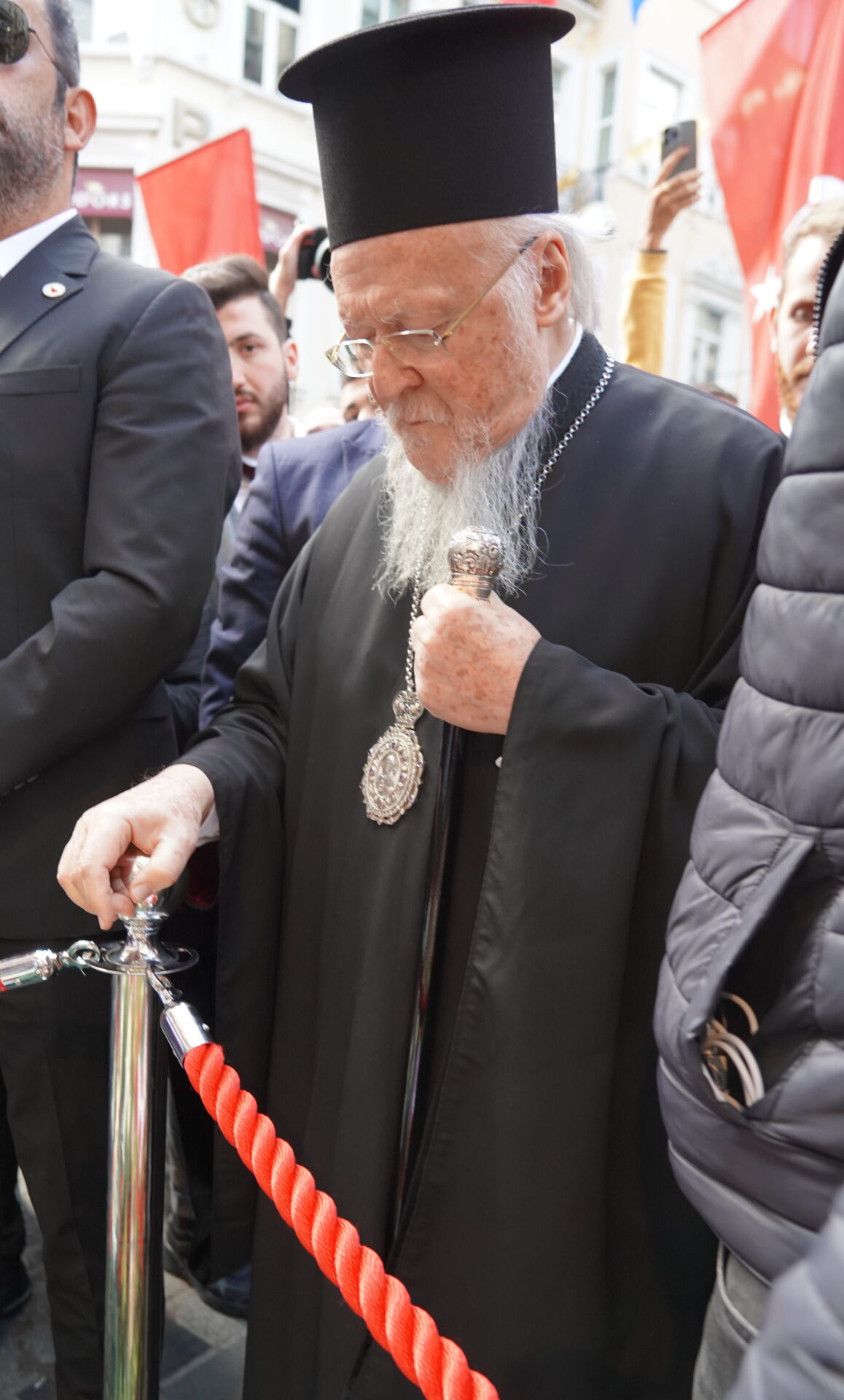