The recognition of the Church of Greece is now officially in the hands of Metropolitan Epifaniy of Kyiv and all Ukraine.

As it can be seen in the related photos, Archbishop Ieronymos of Athens and All Greece completed the process by sending his response to the “peaceful letter” of the Ukrainian Primate, who has now joined the Diptychs of the Church of Greece. 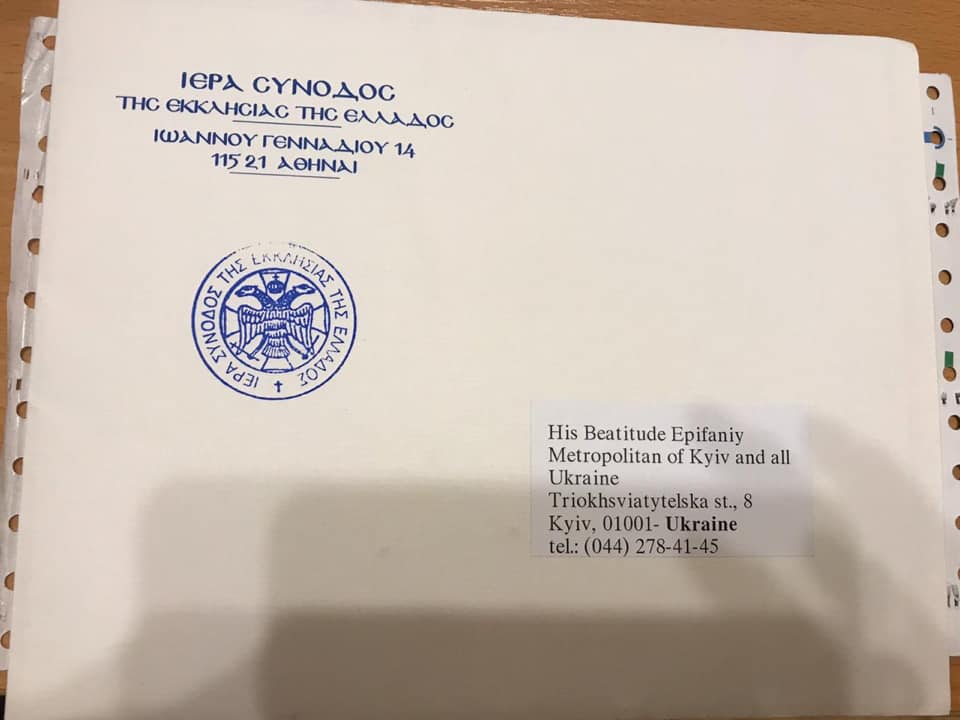 It should be reminded that on October 12, 2019, the Hierarchy of the Church of Greece recognised the new Autocephalous Orthodox Church of Ukraine.

At that day’s extraordinary meeting of the Hierarchy on the Ukrainian autocephaly issue, Archbishop Ieronymos was the rapporteur on this matter.

The Hierarchy of the Church of Greece authorized Archbishop Ieronymos of Athens and All Greece with the exception of seven Metropolitans who disagreed.

The seven who disagreed are the Metropolitans of Kaisariani, of Kythira, of Dryinoupolis, of Mesogaia, of Ilia, of Aitolia and Akarnania, and of Karystia.

The Hierarchy decided to give effect to the decision of the Standing Holy Synod which recognizes the Ecumenical Patriarch’s right to grant autocephaly to the Orthodox Church of Ukraine, and the right of the Church of Greece to recognize the Autocephalous Church. 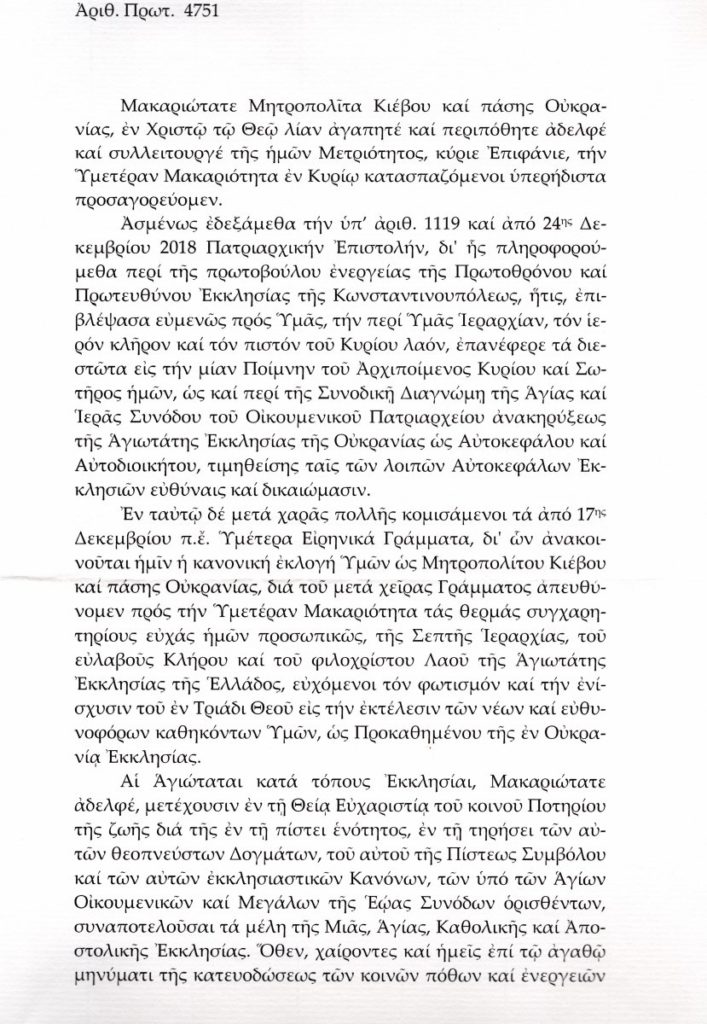 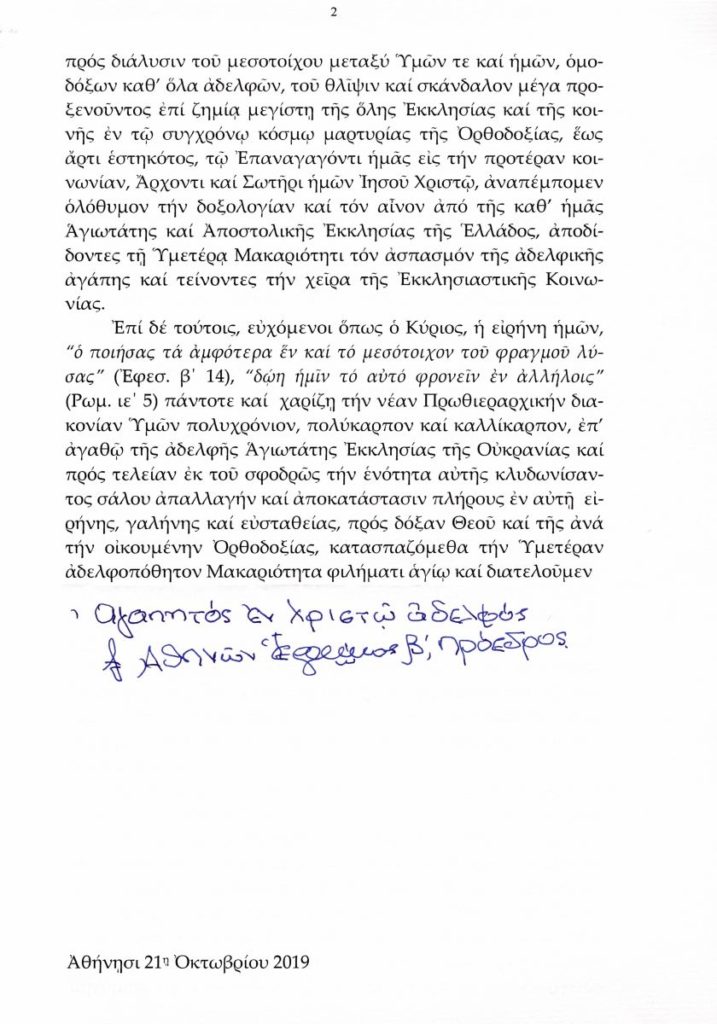 Orthodox Church of Ukraine: We are in full communion with the Church of Greece

The Holy Synod met today in Kiev under the chairmanship of the Metropolitan Epiphaniy of Kyiv after the official peaceful letter was sent by Archbishop Ieronymos.

Metropolitan Epiphaniy of Kyiv briefed the members of the Synod on the developments in Athens from August until the historic meeting on October 12 when the Hierarchy of the Church of Greece decided to give Archbishop Ieronymos the green light to recognise the Orthodox Church of Ukraine. The Metropolitan also referred to the actions before Athens sent the response letters, and specifically to the commemoration of the Metropolitan Epifanyi of Kyiv during the concelebration of the Divine Liturgy by Ecumenical Patriarch Bartholomew and Archbishop Ieronymos of Athens on October 19 in Thessaloniki.

The Ecumenical Patriarch in Ankara

Ecumenical Patriarch Bartholomew, on the occasion of the Feast of the Meeting of the Twelve Apostles, presided on Thursday,...

The Church commemorated on Wednesday June 29, the memory of two of her great men, the Apostles Peter and...