Dedicated to the secret school, as a tribute of gratitude to the clergy and monks who saved the Greek letters in the dark first centuries of Turkish rule, are the two collector coins – souvenirs of the 200th Anniversary of the Greek Revolution – which was officially presented on Friday, June 4, at the Cathedral of the Annunciation in Sydney, and will henceforth be available in the bookstores of the Holy Archdiocese of Australia.

These are 1821 silver and an equal number of bronze coins, which were issued by the National Commission set up by the Holy Archdiocese, with the mission of organizing the anniversary celebrations for the National Revival (Palingenesia) on the fifth continent.

The front of each coin bears a relief representation of the secret school, as well as the phrase “For Faith and Homeland”, in Greek and English. The reverse depicts the anniversary emblem of the Holy Archdiocese, with the flags of Greece and Australia.

The official opening of the collection of coins was announced by the Consul General of Greece in Sydney, Christos Karras, who was the keynote speaker at the special event that took place at the Cathedral on Friday afternoon. Karras referred to the struggle of the Greeks, as the starting point of the National Palingenesia, and to the course of the new Greek State during the two centuries that followed the uprising, deepening the importance of Greece’s integration into the European family.

Afterwards, the speech was given by Archbishop Makarios of Australia, Chairman of the National Committee for the Celebrations of the 200th Anniversary of the Greek Revolution, who referred to the philosophy of the anniversary actions and events organized throughout Australia this year. At the core of this philosophy, as the Archbishop explained, is the goal of organizing actions that on the one hand will honor the historic event of the Revolution of ’21, on the other hand, will be landmarks for the next generations of the Greek diaspora. This is exactly the purpose of the minting of collector coins.

Focusing on the characteristics of the coins, the Archbishop spoke about the secret school, emphasizing first of all that its foundation was the hierarchical conscience of the clergy and monks and pointing out that the Church filled a big gap, at a time when not only there was no organized Greek education, but the operation of Greek schools was not even allowed by the Ottoman administration. “If it were not for the poor and insignificant priests of the villages and cities, if there were no monasteries and abbots, there would be no Greek letters today”, he noted characteristically.

Concluding his short speech, Archbishop Makarios warmly congratulated Consul General Karras for his speech and thanked the Hierarchical Head of the Cathedral, Archimandrite Panosiologiotis Christoforos Krikotis for the perfect organization of the event. He also addressed cordial speeches to the members of the Christian Youth Union, whose choir melodically decorated the event. As a minimum reward, in fact, the Archbishop offered them a collector coin.

Finally, Archbishop Makarios thanked all those who honored the event with their presence, clergy, and laity, including Bishop Emilianos of Meloa, the Archepisocpal Vicar of Canberra, and Tasmania, Archimandrite Prochoros Anastasiadis, and President of the Greek Community of Canberra, Ioannis Loukadellis.

It is noted that attendees at the event had the opportunity to purchase collectible coins, which will now be available from the bookstores of the Holy Archdiocese, for $ 120 silver and $ 60 bronze. 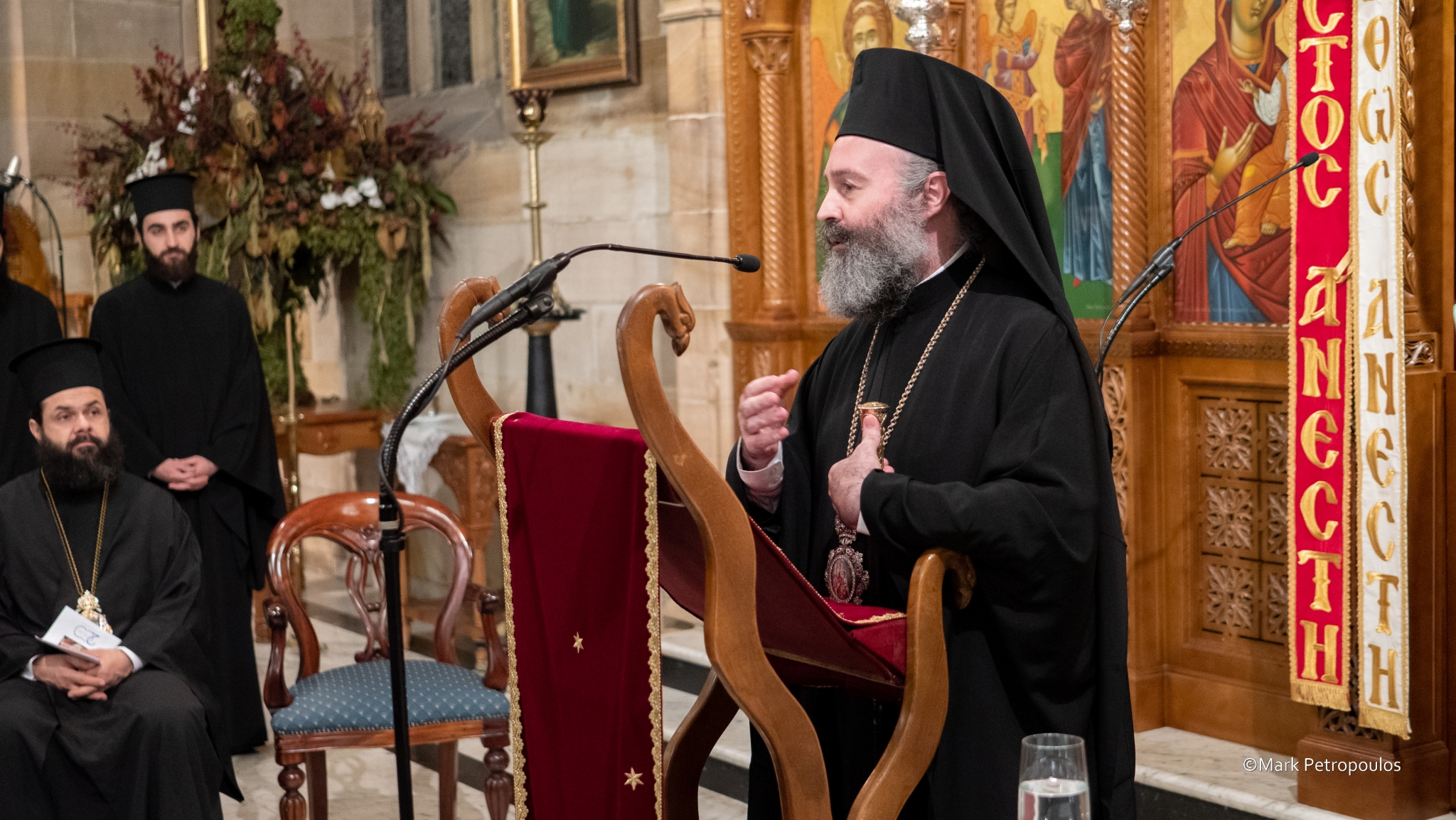 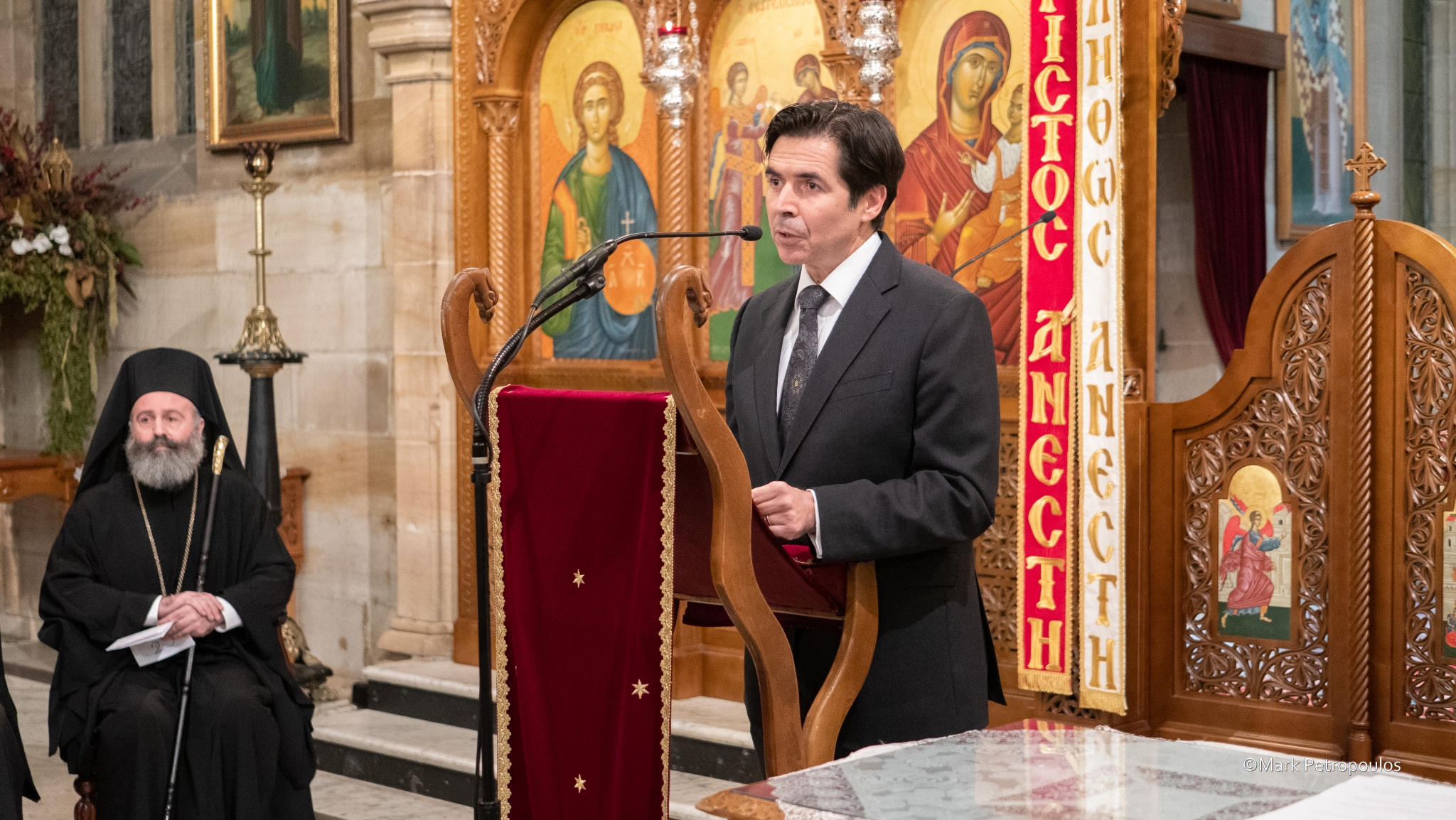 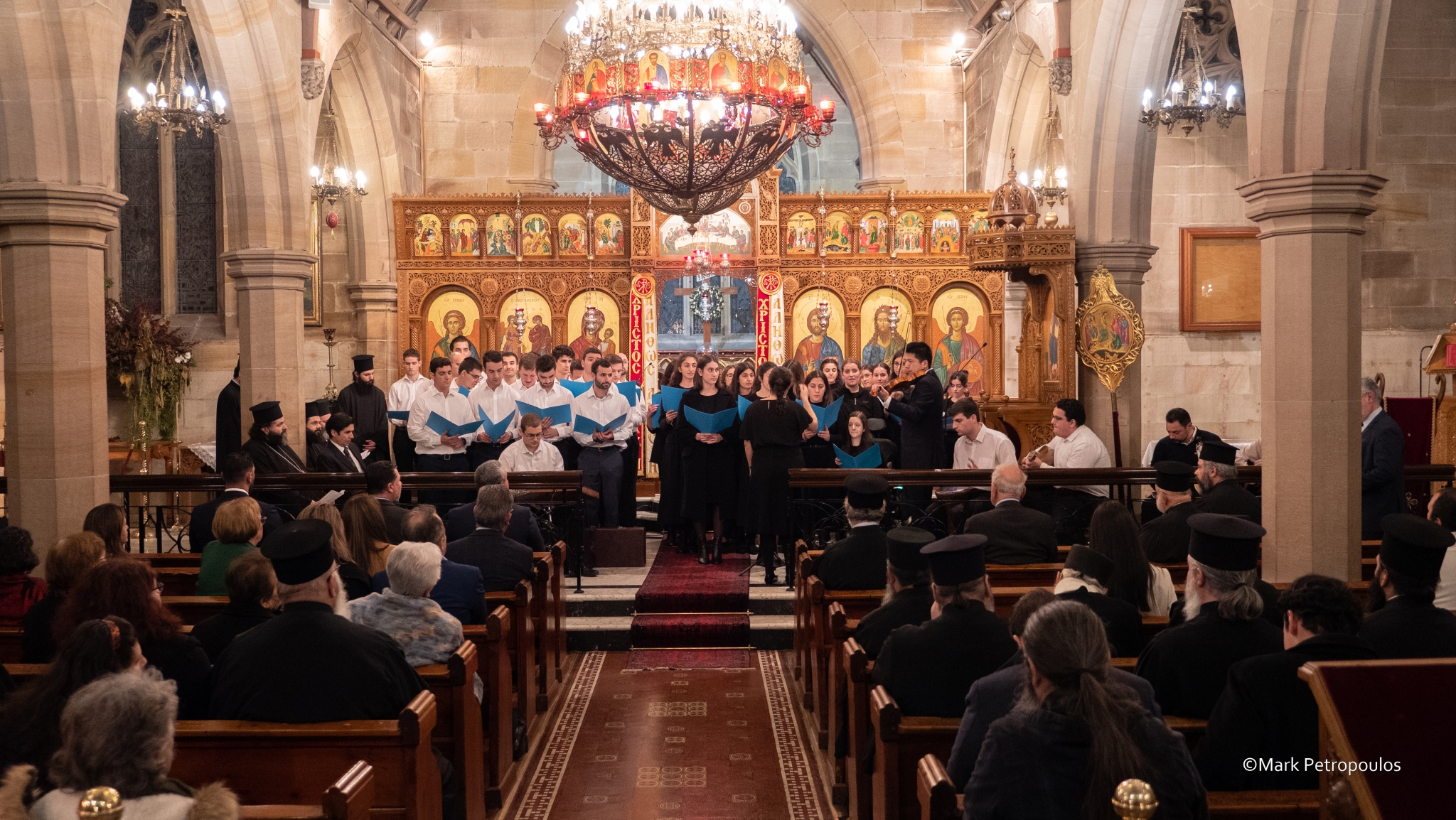 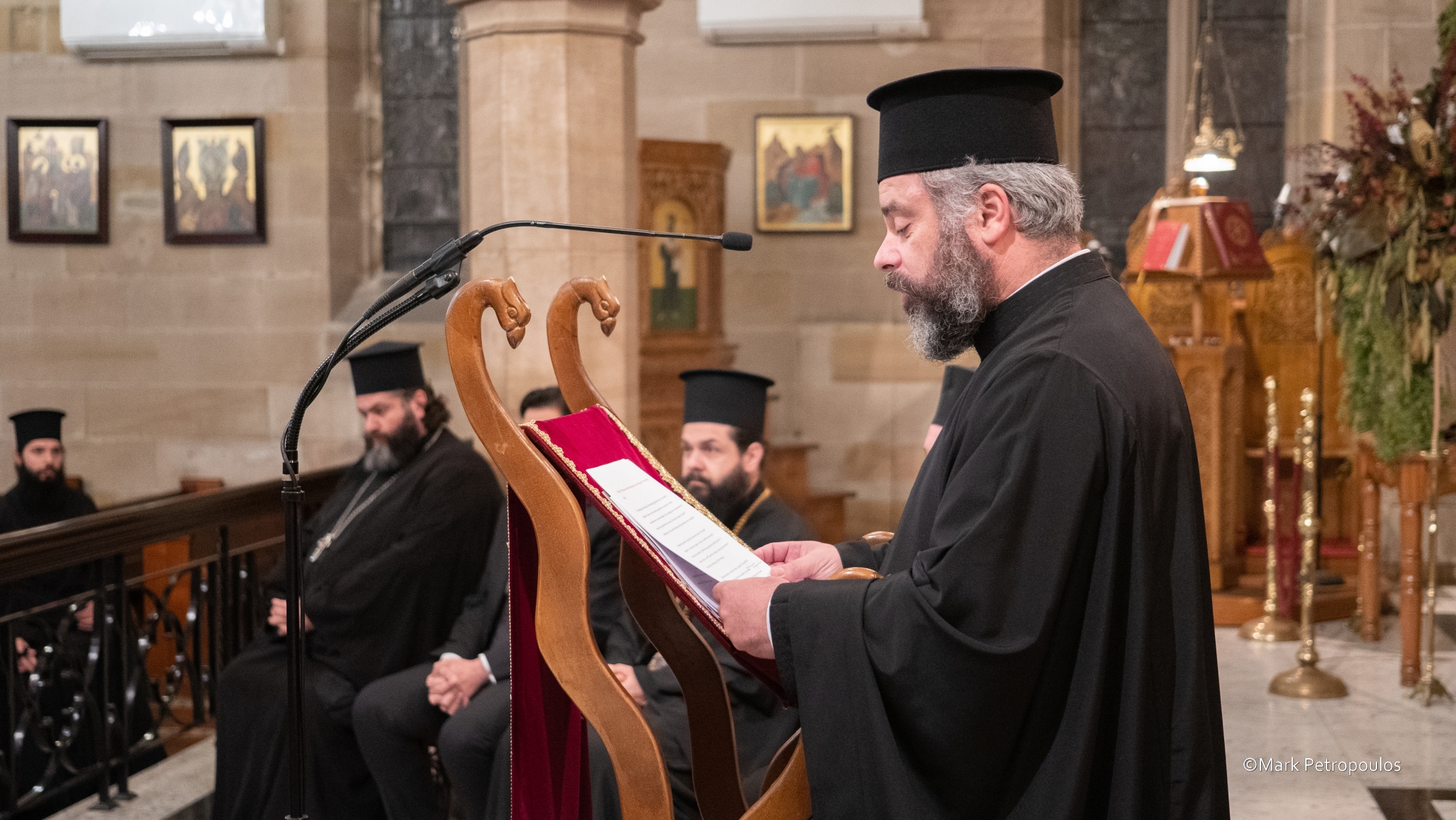 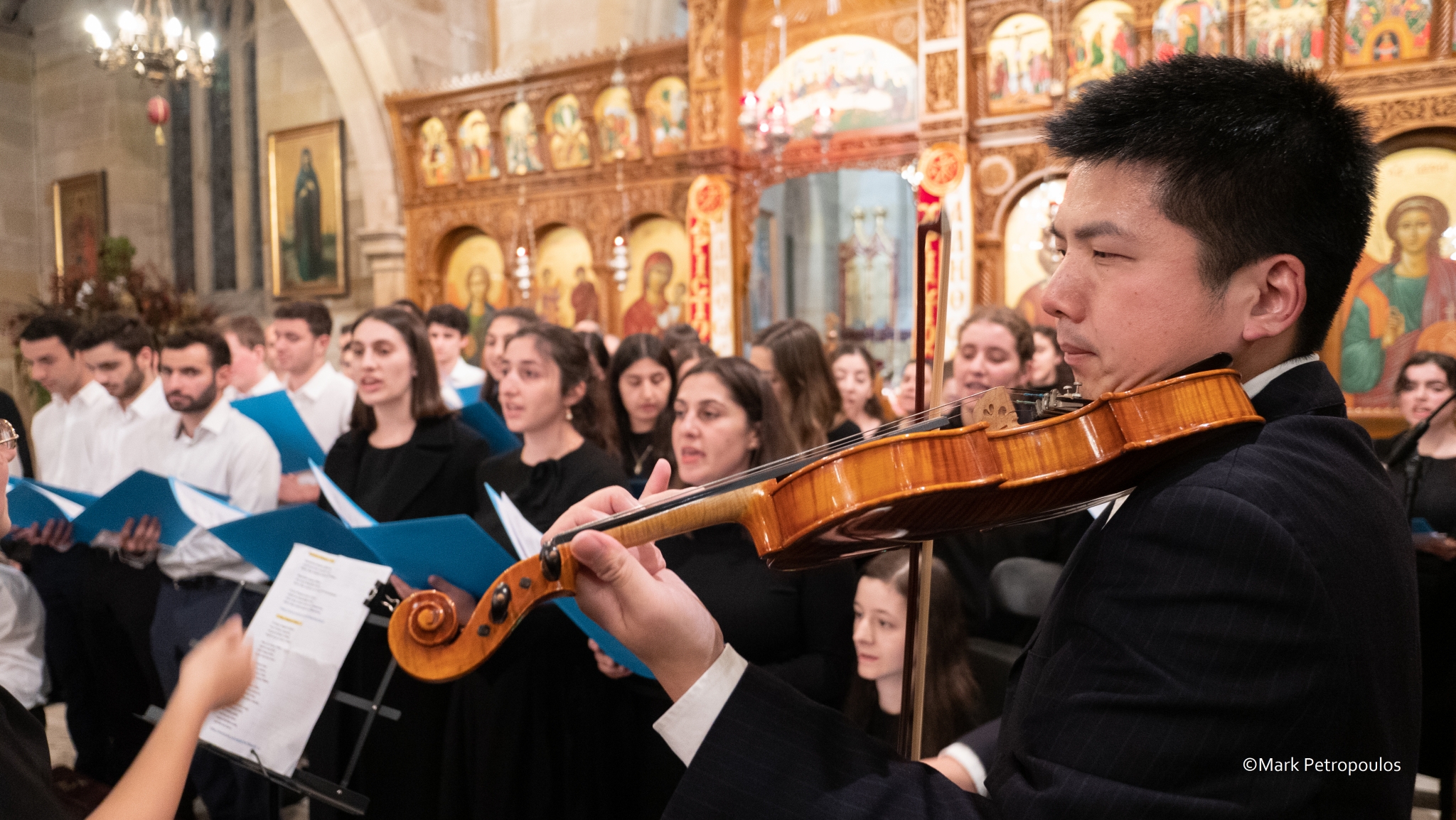 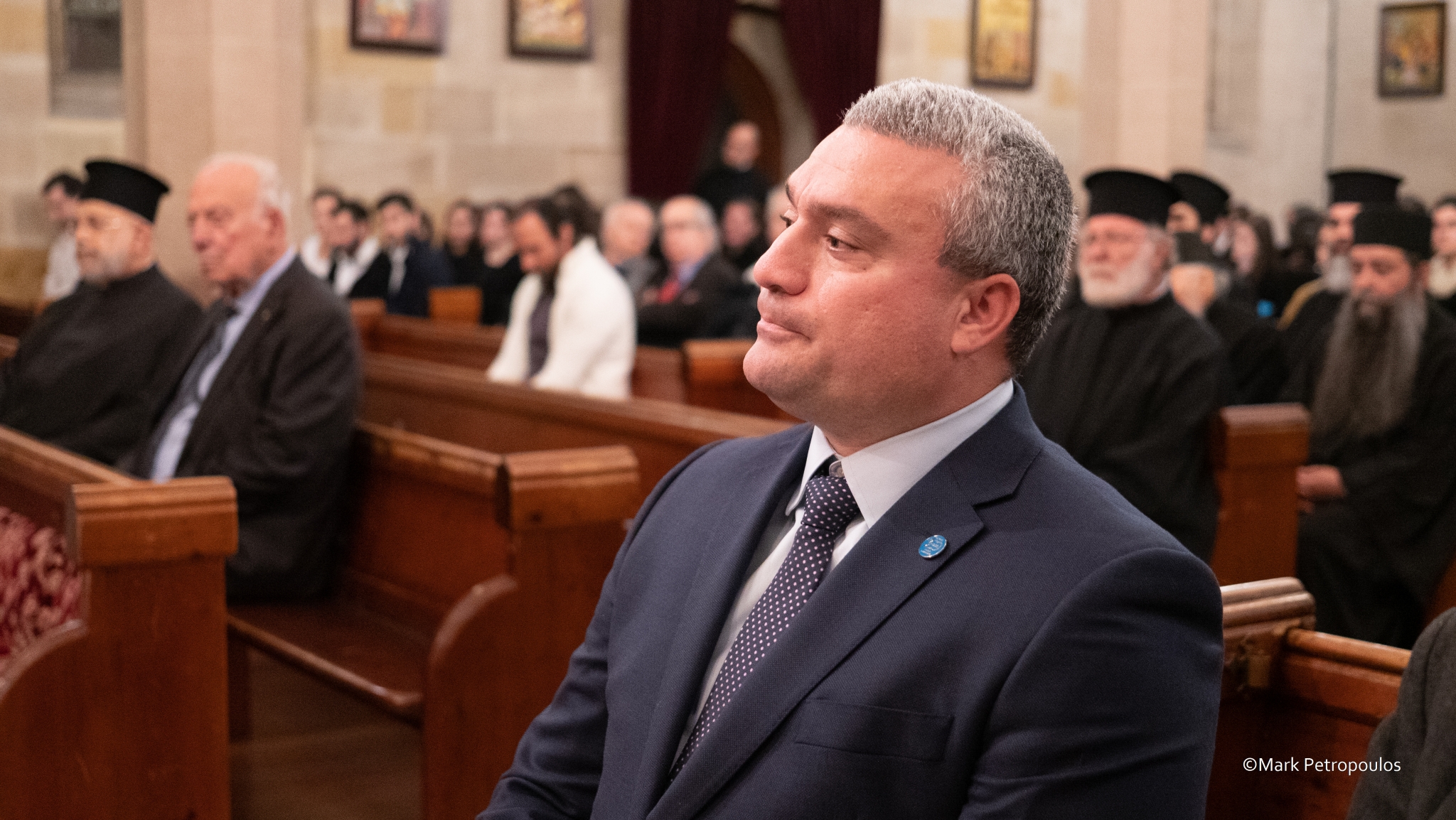