On Wednesday, June 8, 2022, the Chief of the Hellenic National Defence General Staff Constantinos Floros visited the Patriarchate of Jerusalem, accompanied by his wife Anna-Maria Tsirikoni and his associates.

The group was received by Patriarch Theophilos of Jerusalem and Hagiotaphite Fathers.

Floros said he feels honor and piety as this is his first visit to the Holy Land and the Patriarchate of Jerusalem.

The Patriarchate of Jerusalem is the guardian of these shrines, along with the Hagiotaphite Brotherhood. This mission of safeguarding the Holy Places is carried out by the Patriarchate and the Hagiotaphite Brotherhood since the Byzantine Christian era and from AD 638, the times of the Arab occupation with the Patriarch Sophronios, and from the Ottoman occupation to the present, over three Governmental states, of Israel, the Palestinian Autonomy, Jordan and Qatar.

By the Divine power and the power of its history, the Patriarchate continues its pacifying and conciliatory mission, it faces and overcomes the recent challenges against the Christians. The role of the Patriarchate is also to bring unity among the Orthodox Churches, especially under the current circumstances.

General Floros thanked the Patriarch of Jerusalem for His informative words and asked for His prayers for the strengthening of the Hellenic army, especially under the present political conjunctures.

For this visit, Patriarch Theophilos offered the General a cross and a book of the history of Jerusalem by blessed Archbishop Chrysostom Papadopoulos, a silver painting of Jerusalem, and an icon of the Theotokos, and blessings from Jerusalem for the members of the group.

Floros offered the Patriarch of Jerusalem a board of the General Staff of the National Defence and the book “Τα εθνικά Ευαγγέλια του Ιερού Αγώνος”.

Asking for the Patriarch’s blessings, the Delegation led by Floros left to venerate the Holy Sepulchre. 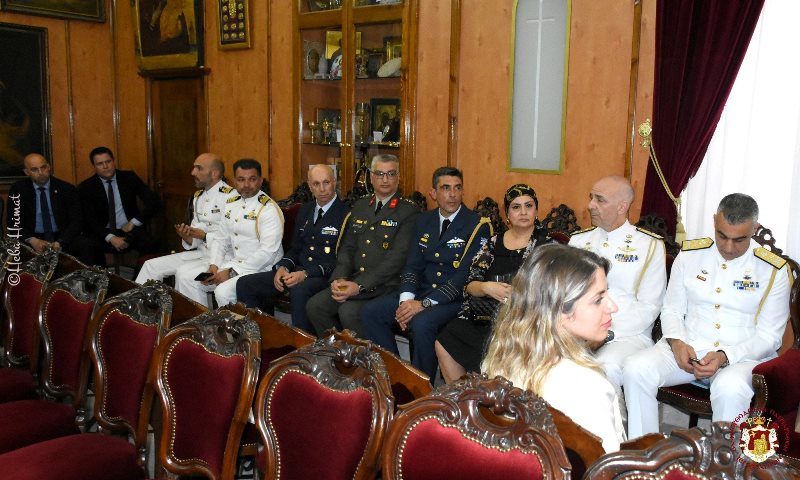 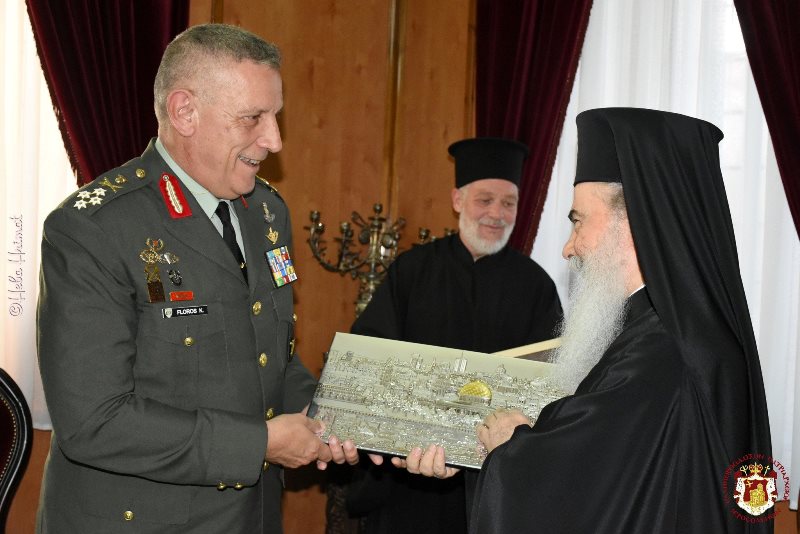 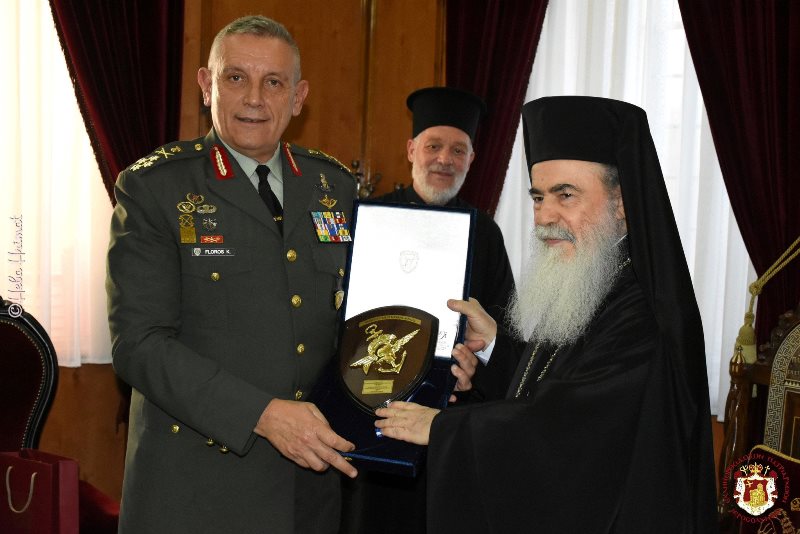 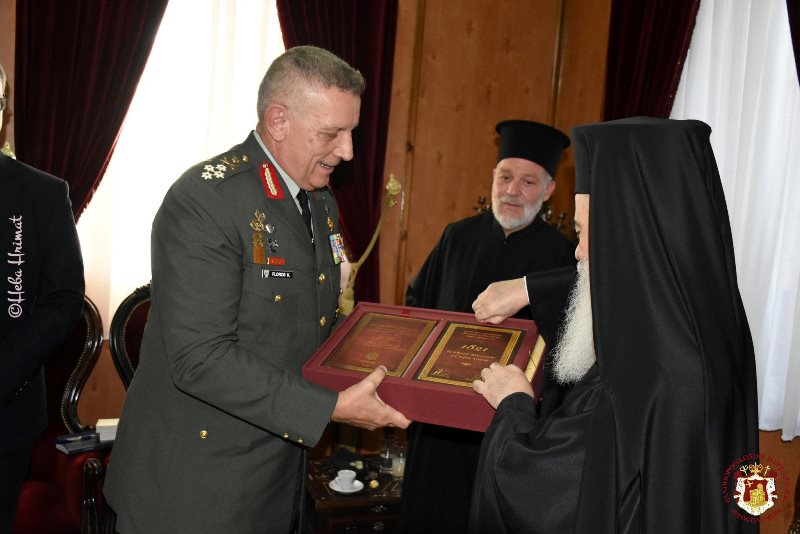 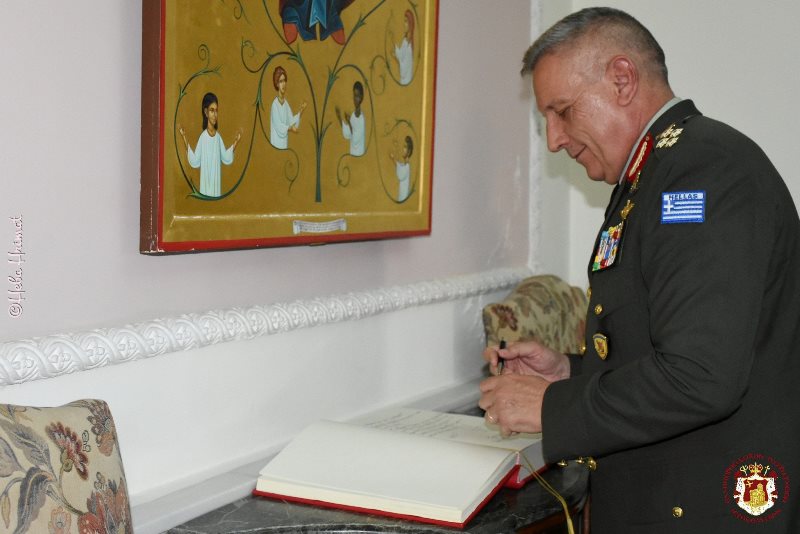 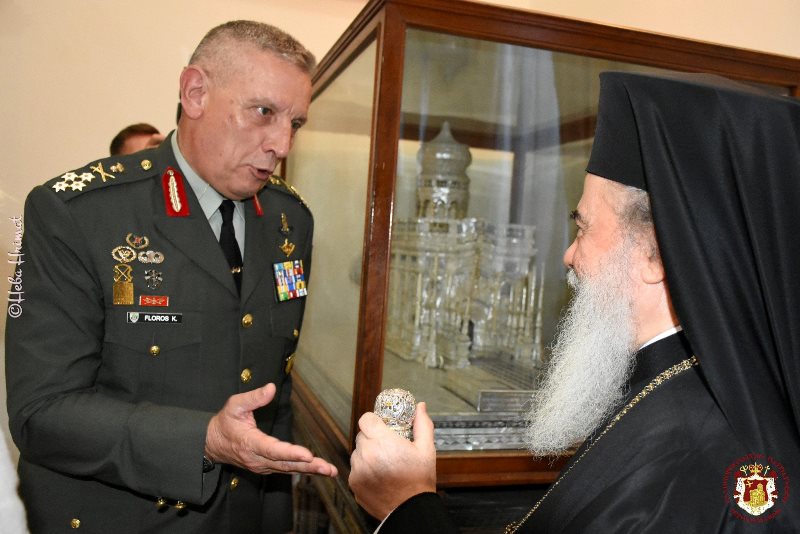 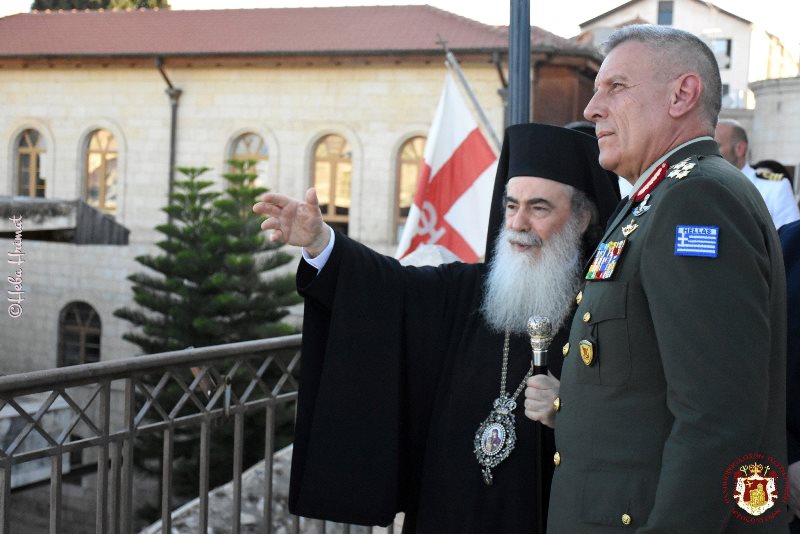 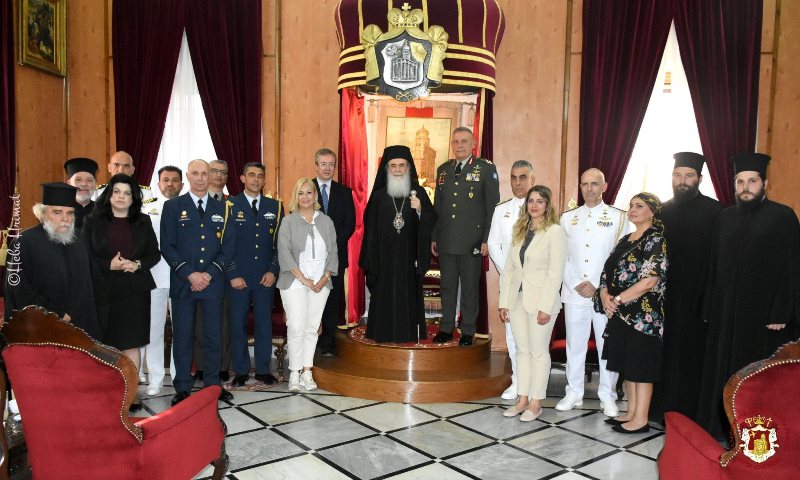