The Chief of the Greek Navy visited the Patriarchate of Jerusalem

On Wednesday afternoon, July 20, 2022, the Chief of the Greek Navy, Vice admiral Stylianos Petrakis visited the Patriarchate of Jerusalem, accompanied by a delegation of his associates and the Consul General of Greece in Jerusalem, Evangelos Vlioras.

They were received by Patriarch Theophilos of Jerusalem and Hagiotaphite Fathers.

During this meeting, Patriarch Theophilos referred to the Patriarchate’s religious, cultural, and pacifying mission, which is accomplished by the support of our country Greece, the successor of the Byzantine Empire in the Holy Land.

In remembrance of this visit, the Chief of the Greek Navy offered Patriarch Theophilos a coat of arms and a model trireme ship, while the latter offered him a silver icon of the city of Jerusalem.

Thanking for the Patriarch’s words and asking for His blessing, the exquisite delegation of the Greek Navy departed to venerate the Holy Sepulchre. 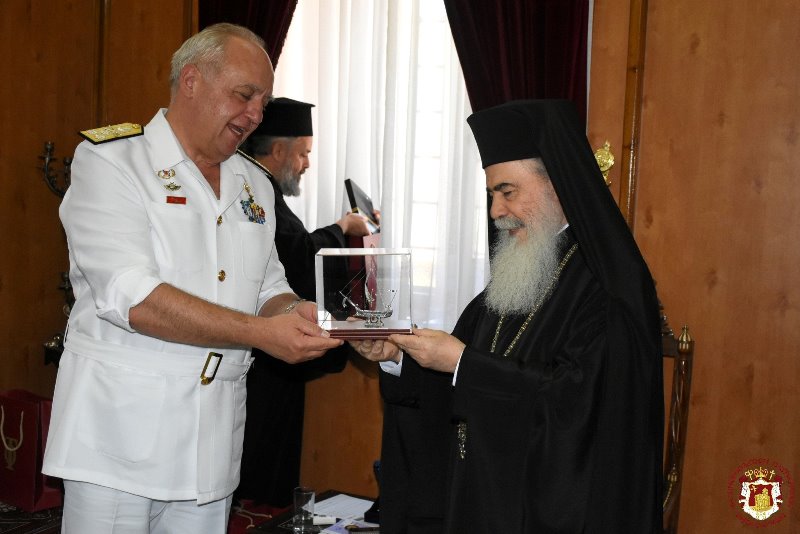 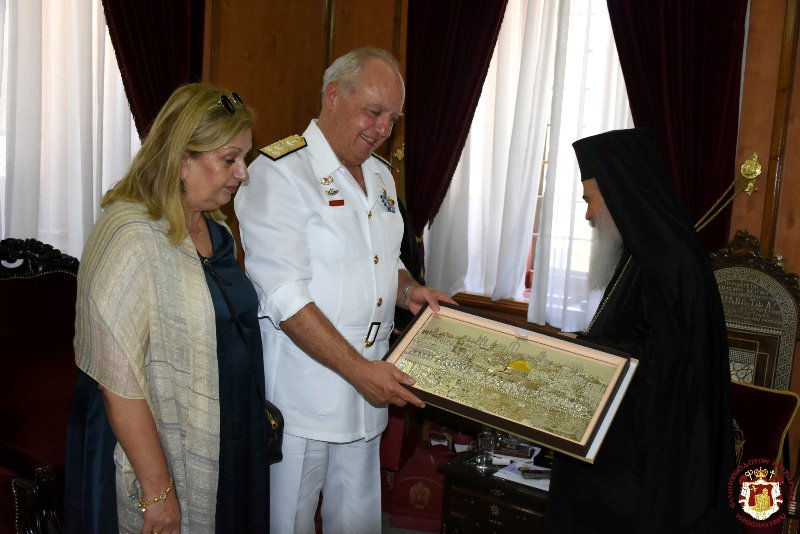 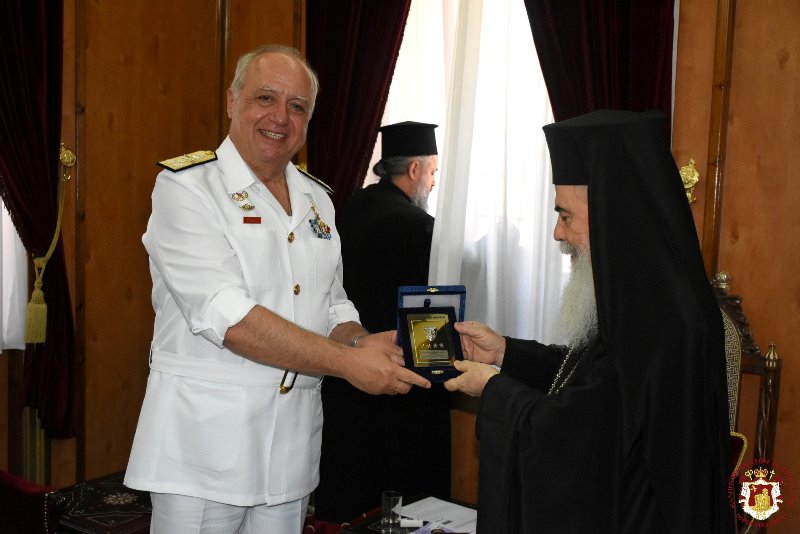 The President of Bosnia visited the Patriarchate of Jerusalem