An event on the Genocide of the Greeks of Pontus was held on Wednesday, May 19, on the day of the 102nd Anniversary, at Marana Hall, in Hurstville, Sydney, with the keynote speaker, Archbishop Makarios of Australia.

The event, co-sponsored by the New South Wales Commemoration Committee for the Pontian Genocide and the Federation of Pontian Associations of Australia, was sponsored by the National Committee of the Archdiocese of Australia for the 200th anniversary of the Greek Revolution. The Consul General of Greece in Sydney, Christos Karras, Peter Poulos as a representative of the Prime Minister of New South Wales, Gladys Berejiklian, the deputies Fred Nile and Steve Kamper, Archimandrite Christoforos Krikelis and many priests of the city of Sydney, a number of representatives of Pontian unions and other expatriate organizations, as well as representatives of Armenian and Assyrian organizations attended the event.

At the beginning of the event, the National Anthems of Australia and Greece were played and then a minute of silence was observed in memory of the victims of the Genocide. In his speech, Archbishop Makarios presented the role of the Church in Pontus from its conquest in 1461 until the modern era. Starting with a historical review of the spread of the Gospel in the region of Pontus, he reminded, among other things, that in the period before the Genocide, there were 1,890 churches and monasteries operating there. He particularly spoke about the historic monastery of Panagia Soumela in Trabzon, while he also referred to the numerous new martyrs of the period after the conquest of Pontus and to the Hierarchs and clergy who sacrificed for their flock, although they had the opportunity to escape, during the persecutions.

A special section of the speech of the Archbishop of Australia was the provision of education by the Church. As he explained, all the monasteries and churches of Pontus functioned as schools after the conquest by the Ottomans. It focused on the example of the Trebizond Tutoring Center, an emblematic educational institution founded in 1682 by the Holy Monastery of Panagia Soumela, and operated for 239 years, highlighting important personalities of the priesthood, science, letters, and arts. The Archbishop did not fail to remind that by the time of the Genocide, Greek education had flourished in Pontus, since even the smallest villages had a school, while their total number was about 1,050.

Subsequently, the Archbishop referred to the fact that everywhere in the Pontus region there are natural traces of Hellenism and the Orthodox faith – in houses, churches, monasteries, cemeteries, schools, hospitals, businesses, etc. He observed that, despite the natural or deliberate destruction they suffered over the centuries, these monuments continue to testify to the culture developed by the natives of Pontus.

In the last section of his speech, the Archbishop stressed that the events of the Genocide did not mark the end of the history of Pontus, as the events held by the Pontian Associations around the world, the revival of customs, and the preservation of historical memory, contribute to the perpetuation renewal and flourishing of Pontian culture and its Orthodox tradition.

A key aspect of this renewal process is the Divine Liturgies performed in churches and monasteries throughout Pontus and in other parts of Asia Minor and Thrace, on the initiative of Ecumenical Patriarch Bartholomew. The Archbishop’s main message was that genocide takes place when the destruction of memory occurs. On the basis of this finding, he stated with conviction that the final phase of the Genocide of the Greeks of Pontus had not taken place and, on the occasion, urged those present to continue to remember and honor the victims and survivors of the Genocide. 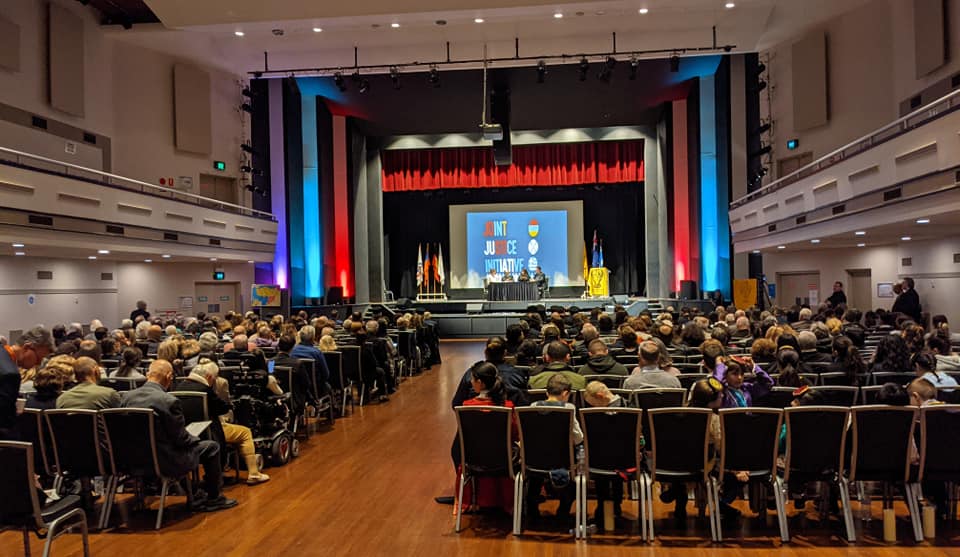 Archbishop of Australia: In the priesthood, in the life of the clergy, everything  belongs to God

The Hellenic College Holy Cross held its first Commencement since 2019