Yesterday was a special day for Patriarch Theodore II of Alexandria and All Africa, as he celebrated his birthday.

It was November 25, 1954, when Nicholas, later Primate of the Alexandrian Church, Theodore II, saw the light of day. The Patriarch of Love, the Missionary Father of the entire African continent, the ecclesiastical leader with vision and hope in his heart, is turning sixty-seven today, on the day of the feast of St. Catherine, the All-wise of Alexandria, whose commemoration coincided with his birth, functioned as a “God elected point” for his later course, since, although he was born in the soils of Crete, he was conquered by the land of Africa and based in renowned Alexandria he travels all over the continent doing his work.

Likewise, another “point” is the name of his mother, the late blessed Cleopatra, who supported the Patriarch until the end of her life.

The last of the missionary tour of Patriarch Theodore in South Africa was dedicated to the expatriate Greeks in the Johannesburg area, celebrating with them and drawing strength from their love, before his return to the See of the Patriarchate in Alexandria and his arduous but blessed work.

On Thursday, November 25, 2021, a Patriarchal Divine Liturgy was celebrated, presided over by Patriarch Theodore at the Community Church of the Holy Forerunner in Germiston, concelebrating with the local Metropolitan Damaskinos of Johannesburg and Pretoria, the Chief Secretary of the Holy Synod Archimandrite Nicodemus Totkas and clergy of the Holy Metropolis.

Present also were the Ambassadors of Egypt Ahmed El Fadly, of Serbia Goran Vujicic, of Ukraine Liubov Abravitova, of Belorussia Alexander D. Sidoruk, and of Cyprus Antonios Mandritis, the Charge d’Affaires of the Greek Embassy Stefanos Ioannides, and the Consul General of Greece in Johannesburg Ioannis Hatzantonakis.

During the Divine Liturgy, Patriarch Theodore awarded honorary distinctions to distinguished members of the Greek community.

The Alexandrian Primate consecrated as Archon Officials of the Alexandrian Throne according to “Patriarchal sense of honor and choice” as a reward for services to the Patriarchate of Alexandria and all Africa.

In particular, the Patriarch consecrated the Nikolaos Giokos, Ioannis Baladakis, and Ioannis Filippou, Archon Office Bearers, of the Apostolic and Patriarchal Throne of St. Mark, for their contribution to Orthodoxy and Hellenism in the great and hospitable land of South Africa.

At the reception held in honor of Patriarch Theodore at the Germiston Community Hall, in the presence of members of the diplomatic corps, Mrs. Giokos, wife of the former President of the Hellenic Community of Germiston, addressed the Patriarch warmly.

The Serbian Community honored the Missionary Patriarch with dances and gifts for his birthday.

A wonderful lunch followed, during which the Patriarch, filled with emotion, cut the birthday cake contributed by the Greek community and accepted the wishes of those present.

Prior to his departure, Patriarch Theodore addressed a message via internet to the Greek youth, the transmission of which was undertaken by the Hellenic Federation of South Africa. 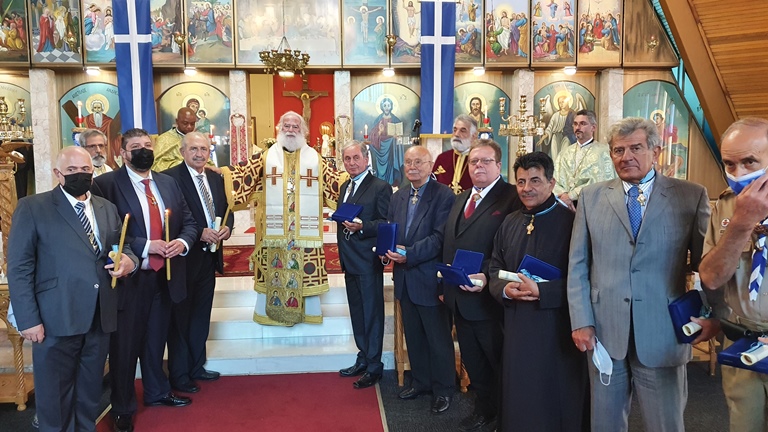 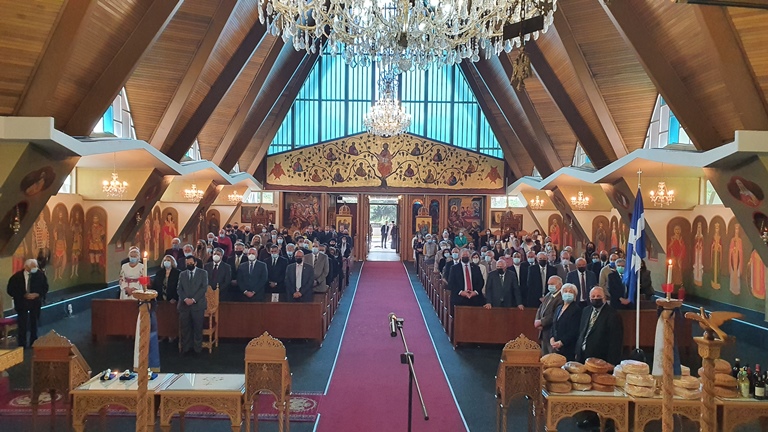 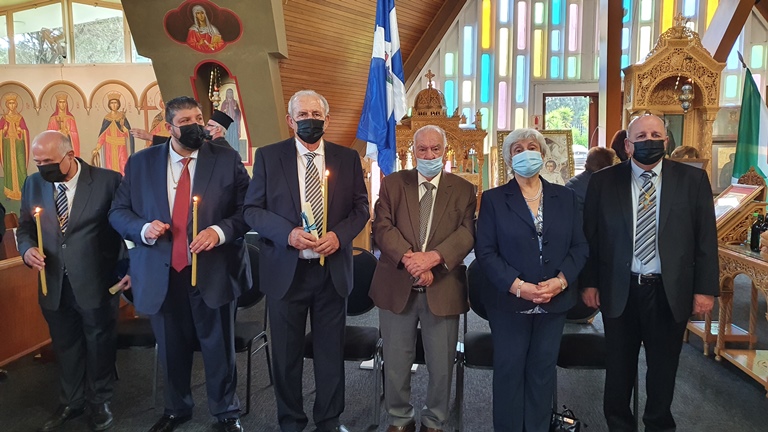 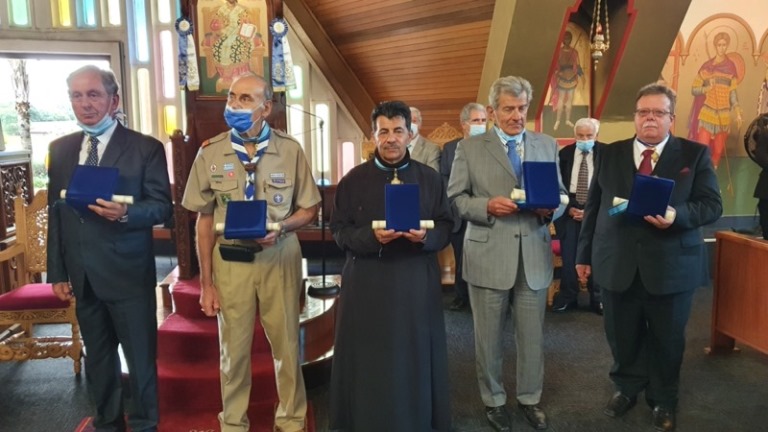 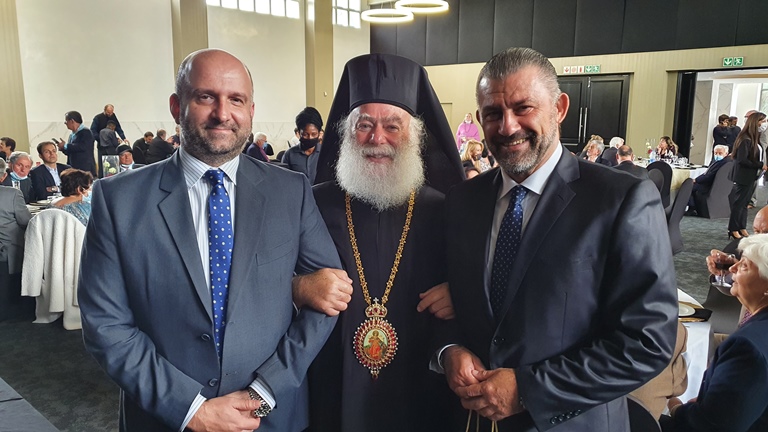 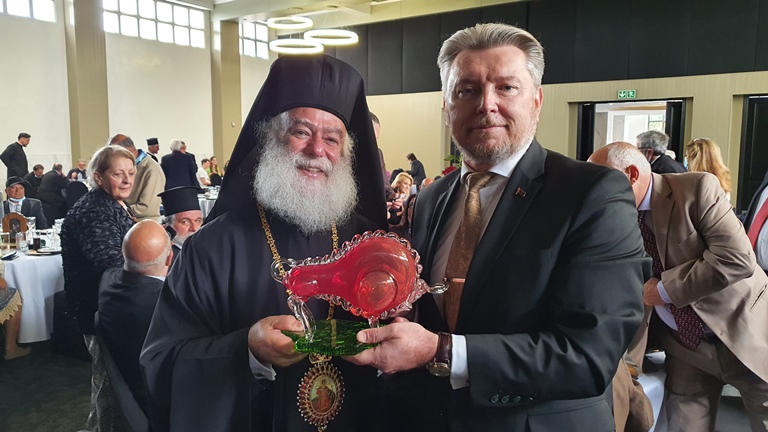 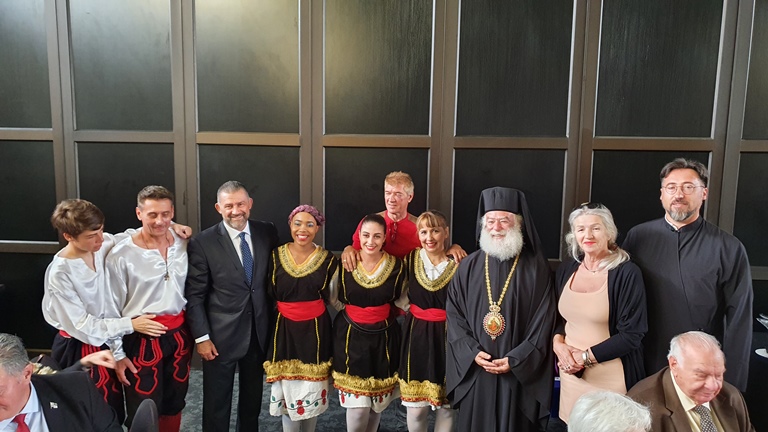 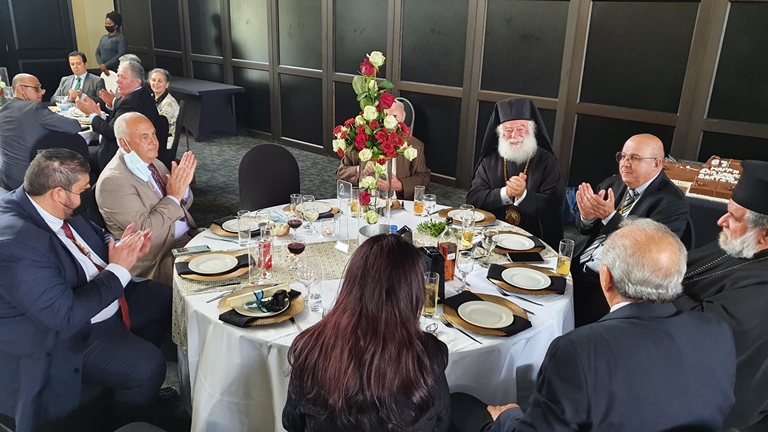 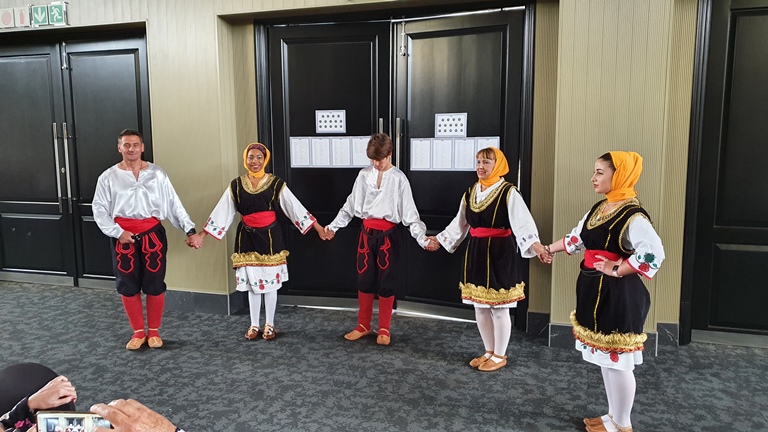 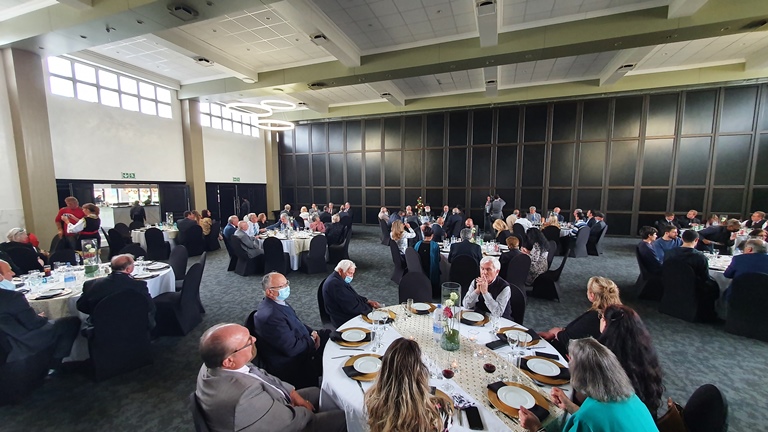 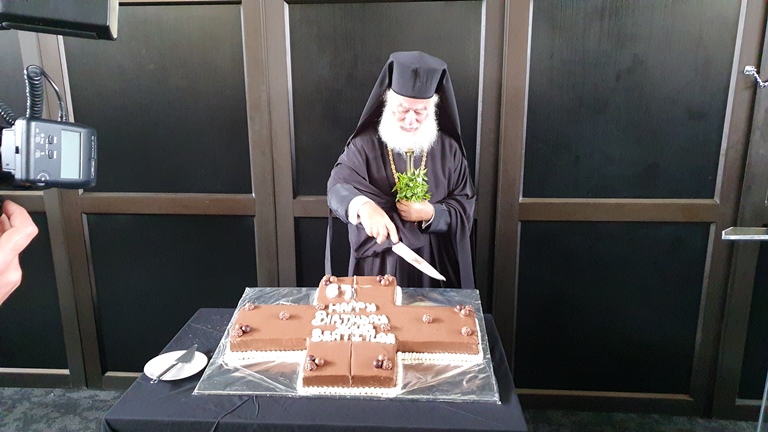 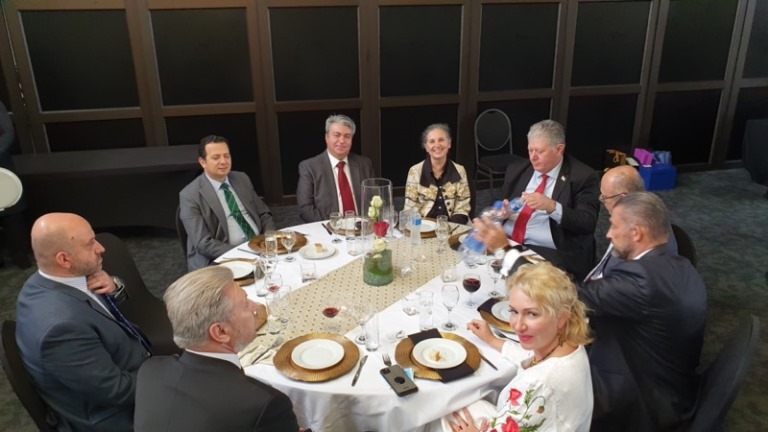 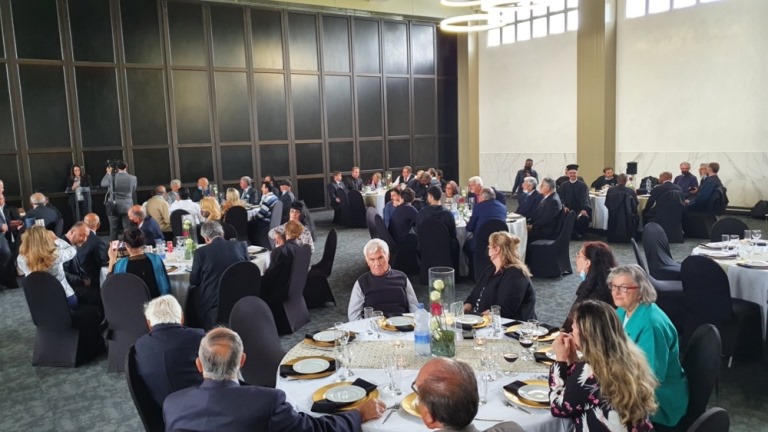