From the sweet and melodic voices of the students of two Greek Orthodox colleges of Sydney, as well as from the young people and catechists of the Orthodox Christian Association of Sydney, Archbishop Makarios of Australia heard the first Christmas carols for this year’s festive season.

Specifically, on the morning of Thursday, December 1, the Archbishop, in the presence of the Protosyncellus, Archimandrite Christoforos Krikelis of the Ecumenical Throne, welcomed at the headquarters of the Holy Archdiocese, in the suburb of Redfern, the student delegations of St. Spyridon’s College Kingsford and All Saints Belmore. The children, after singing the traditional carols, conveyed to the Archbishop the wishes of their classmates, the directors, and the teaching staff of their schools.

On the afternoon of the same day, the young people of the Christian Union and the Catechists of the Holy Archdiocese visited the Archbishop, who with the accompaniment of musical instruments sang the carols in the official hall of the Theological School of St. Andrew.

After their festive chants, everyone received the Archbishop’s thanks for their visits, as well as his paternal wishes for a merry Christmas and a blessed new year.

The Archbishop also asked the students, as well as the young people of the Christian Union, to keep Christ at the heart of their lives and to have Him as a companion in their joys and trials.

Finally, in memory of the day, Archbishop Makarios offered the children the anniversary stamp series issued by the Holy Archdiocese of Australia in collaboration with the Australian Post, on the occasion of the celebrations of the 200th anniversary of the Greek Revolution of 1821, followed by traditional treats. 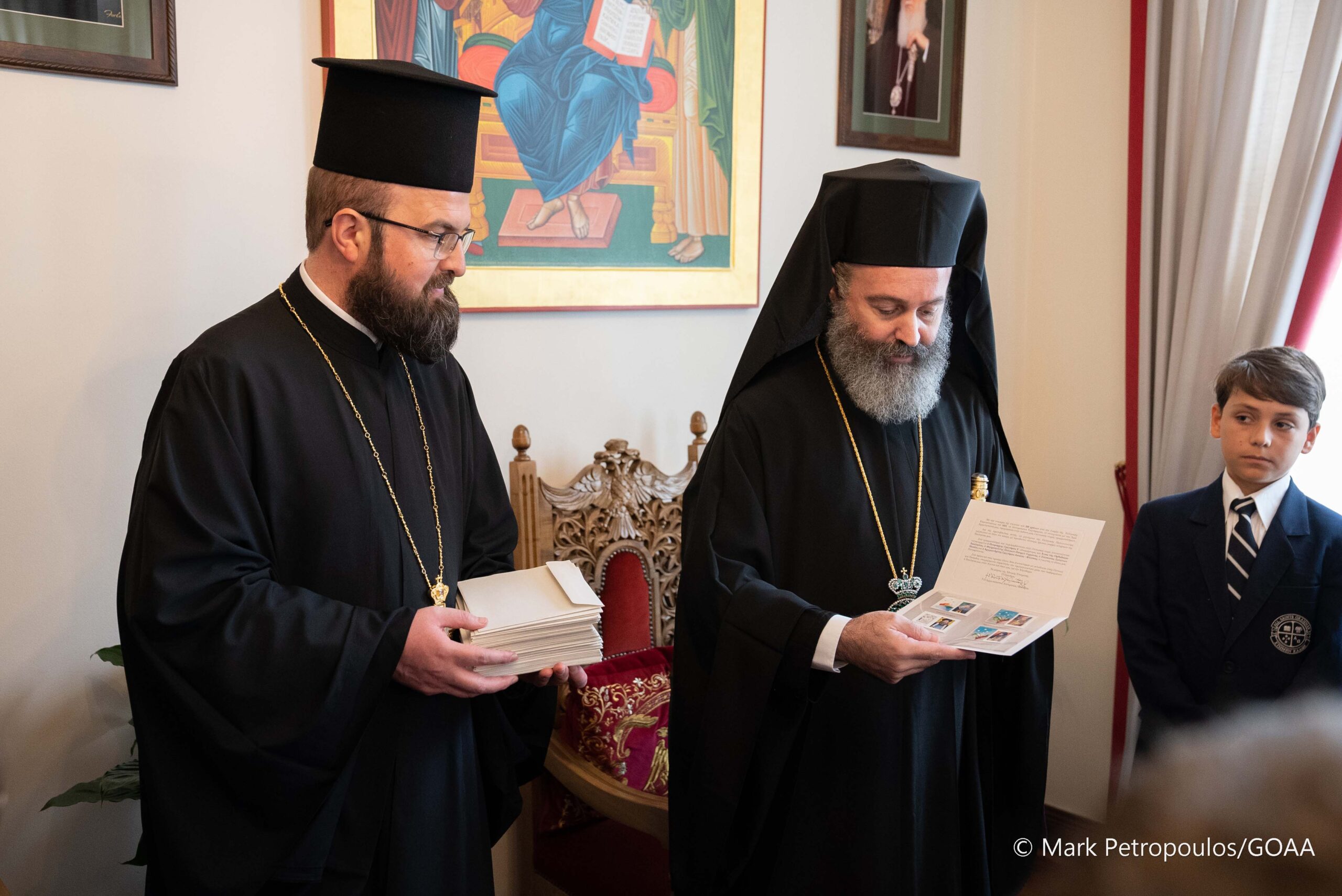 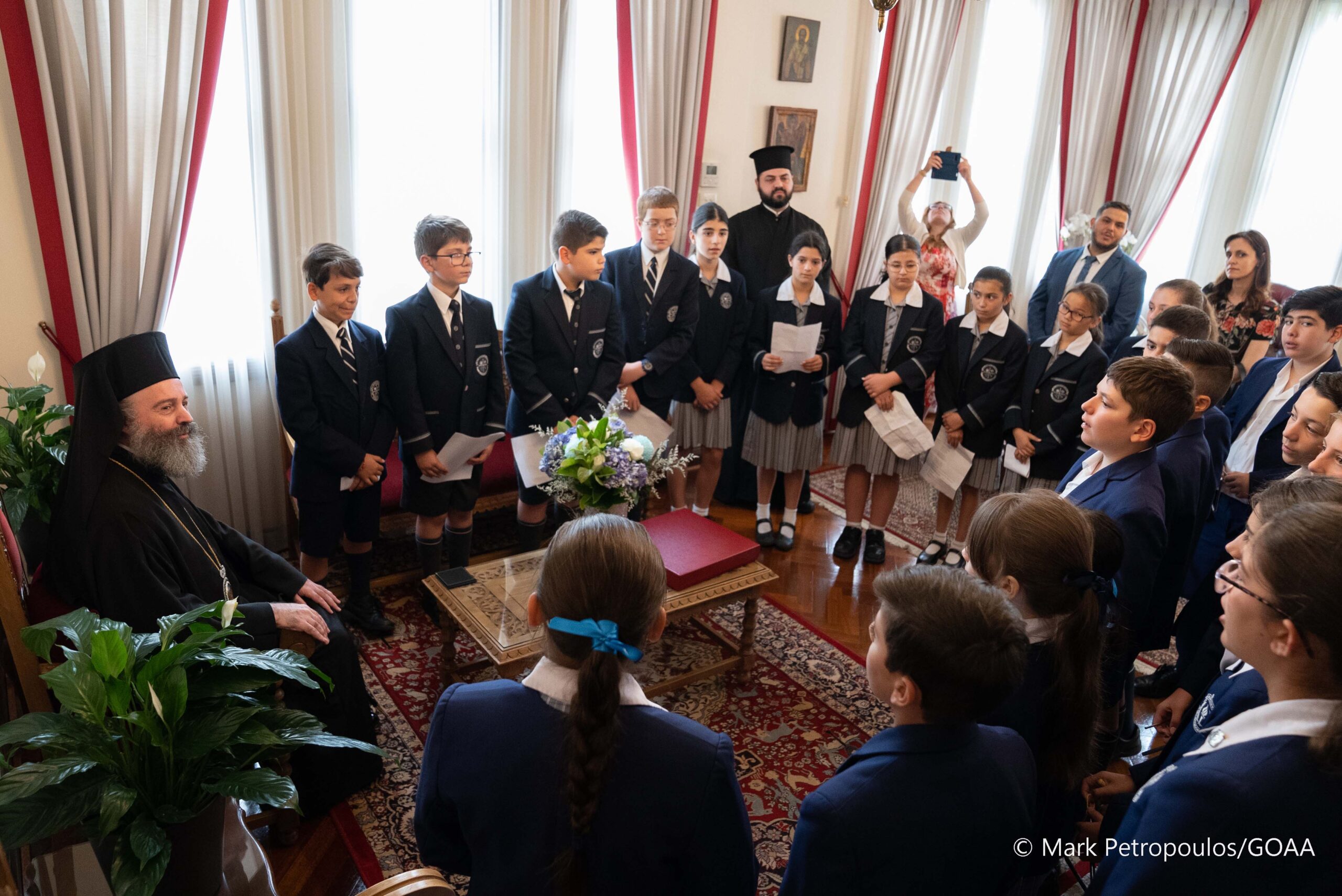 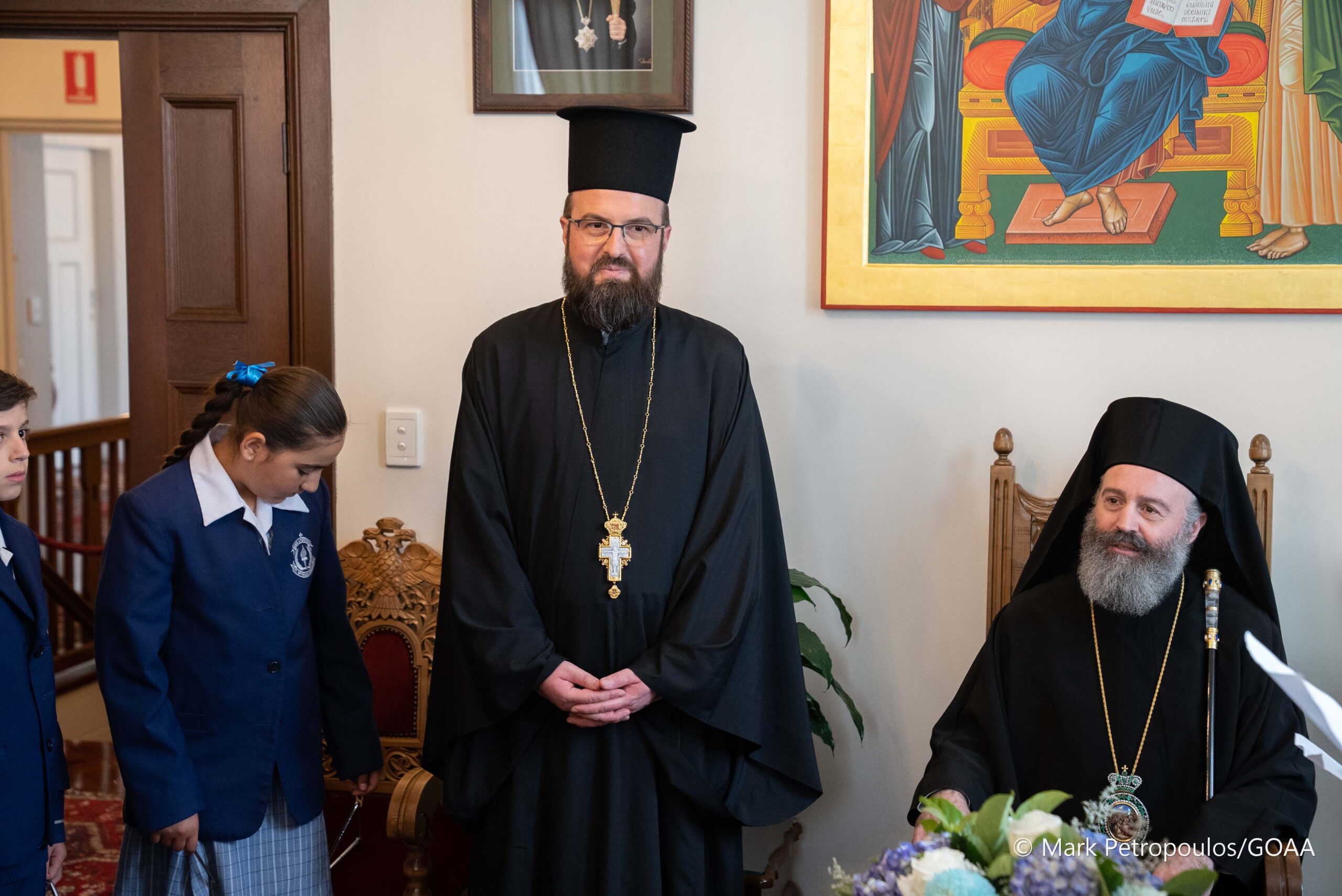 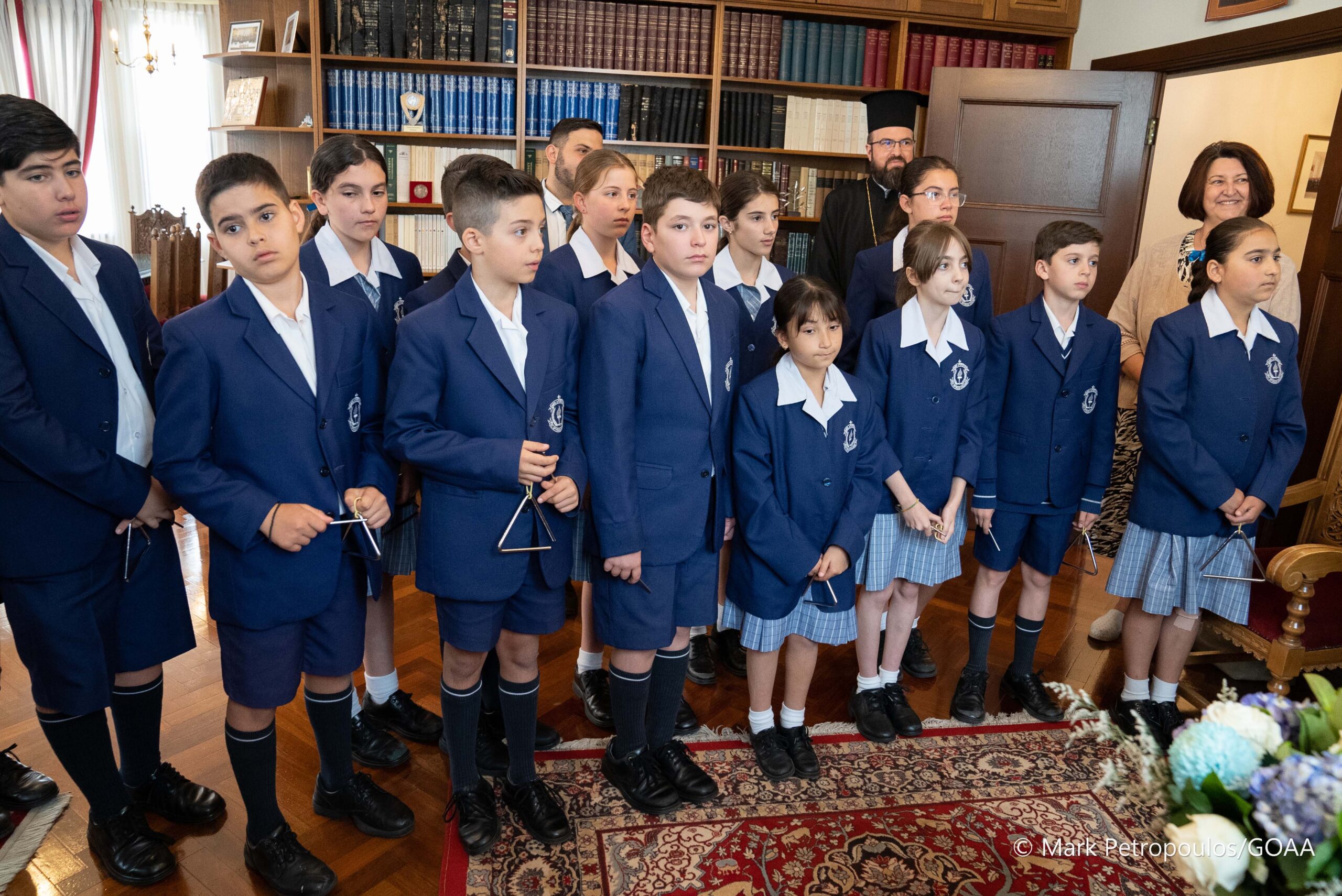 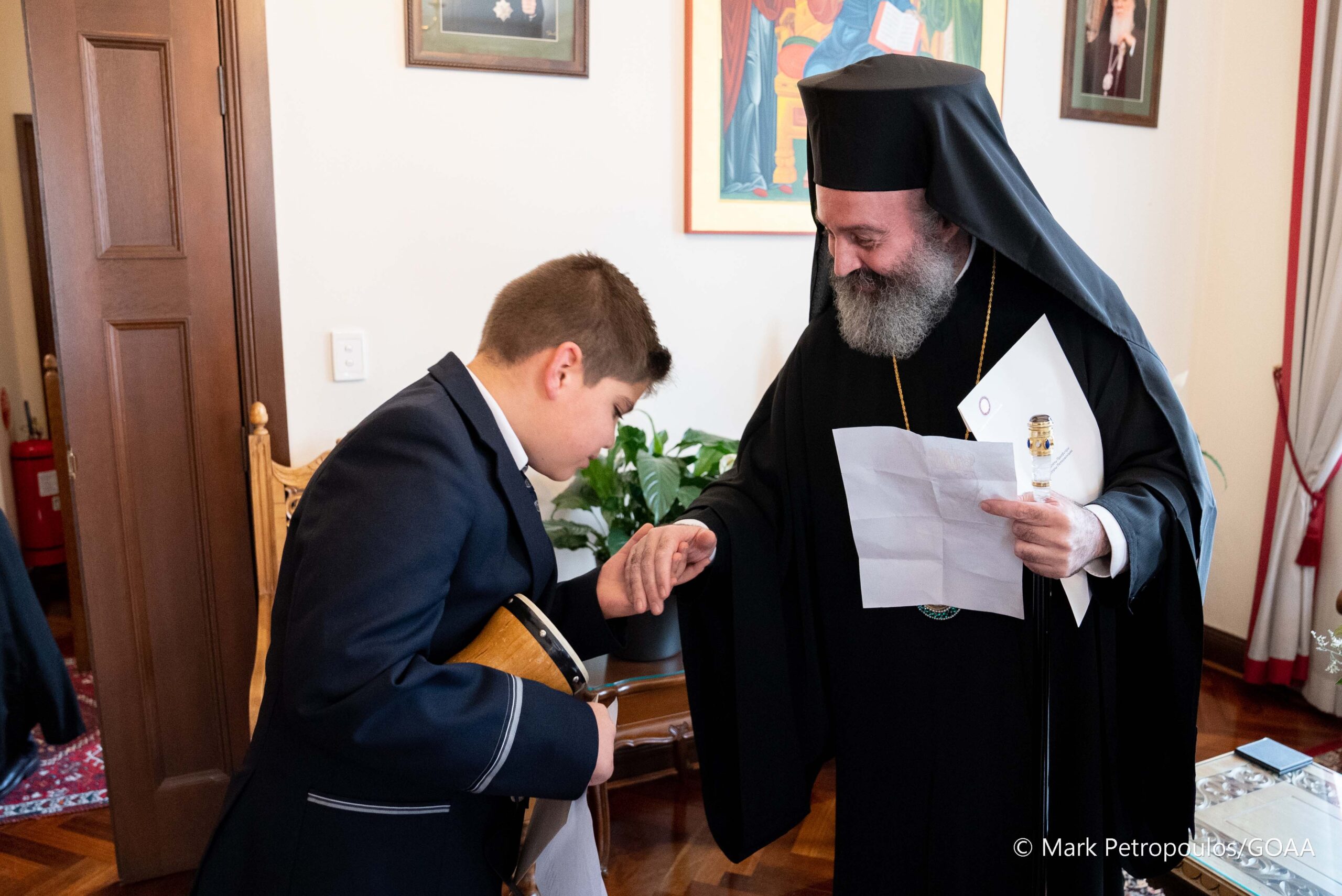 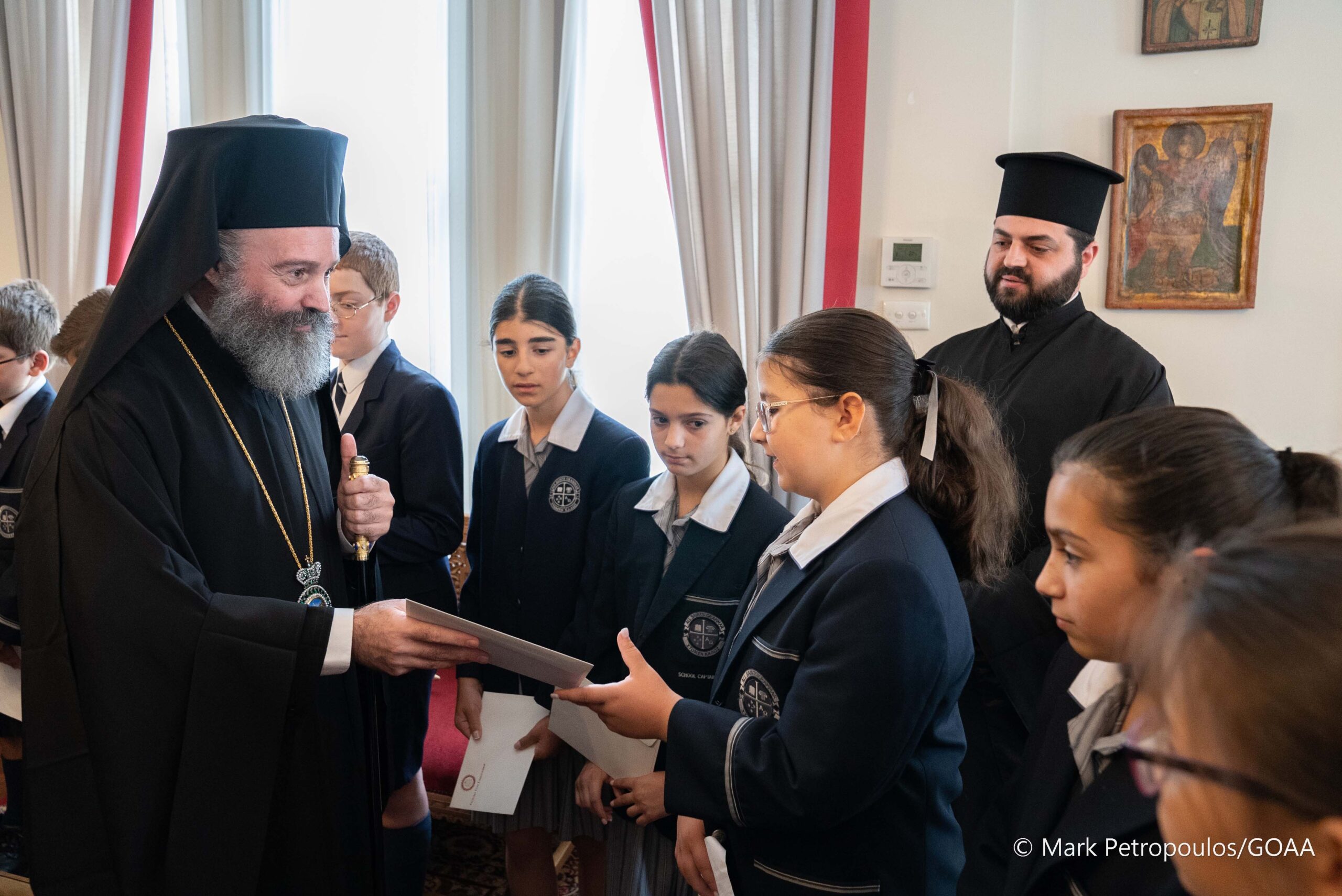