Solemn consecration of katholikon of Monastery of Solan in France

Metropolitan Emmanuel of France concelebrated the Divine Liturgy with Metropolitans Athanasios of Limassol, Arsenios of Austria, Ioustinos of Nea Krini and Kalamaria, and Bishops Eirinaios of Reghion and Maximos of Melitene.

The Hegumen of the Monastery of Solan, Ypantia, warmly thanked all who came to the monastery to celebrate while Elder Elisaios formally welcomed Metropolitan Emmanuel of France and the other archpriests.

In his speech, the Abbot of Simonos Petra Monastery, Archimandrite Elisaios, referred to the history of the monastery and the difficulties they faced in opening this monastery in the heart of southern France today, and expressed his gratitude to the Holy Metropolis of France.

In his speech, the Metropolitan of France compared the consecration of the katholikon to the inauguration of a new way of life, free from the passions and anxieties that deprive us of the life in Christ. He expressed the spiritual devotion he feels as a shepherd since God deemed him worthy to consecrate the katholikon. The Metropolitan of France also praised the fraternity and the relentless efforts of the Metropolis of France to promote Orthodox monasticism throughout France.

The Metropolitan said, “The Holy Metropolis of France establishes new monasteries and intensively support the brotherhoods which are the lungs of our local Church.” He then referred to the struggle and efforts of the brotherhood as well as to the environmental program of the monastery. 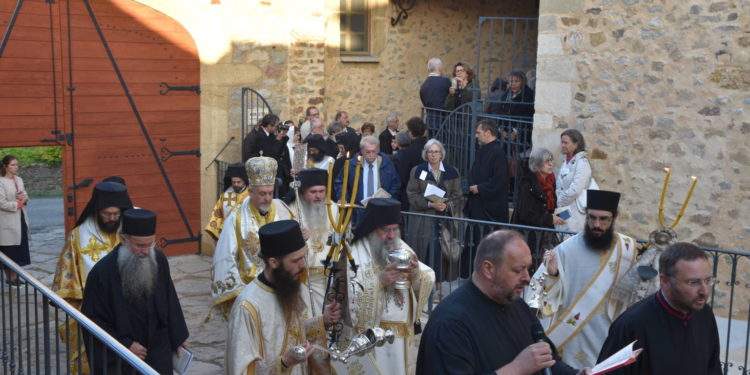 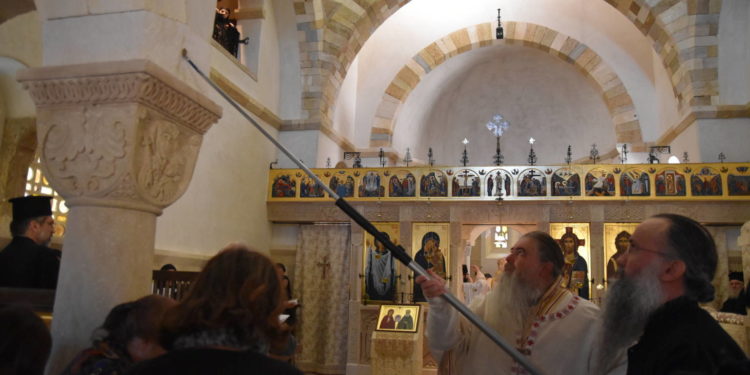 Patriarch of Jerusalem, Archbishop of America to visit Ecumenical Patriarchate for Beginning of the Indiction

There are more and more complaints, that have recently reached the Chania Police Department, about priests in churches in...

The Greek foreign ministry issued phone numbers on Wednesday that Greeks in Lebanon can contact for assistance if they...

The Greek Orthodox Archdiocese of America is pleased to announce the launch of its Spanish Ministry Initiative's Facebook page...

Bishop of Serbian Eastern American Diocese: The people of God belong to the Lord

On the 8th Sunday after Pentecost, and on the feast day of the Holy Prophet Elijah, Bishop Irinej of...

The Holy and Sacred Synod expresses the support of the Church of Greece to Patriarch John of Antioch, in...

The Romanian Patriarchate has expressed its compassion and solidarity with the Lebanese people following a massive explosion that rocked...