Dr Gore-Jones gave the first talk in the new lecture series, ‘The Last Days: Exploring the Church’s Views on the Apocalypse’.

Drawing on her expertise in apocalyptic literature, Dr Gore-Jones set the stage for the series by exploring the Book of Revelation, including its traditional authorship (i.e., St John the Evangelist) and provenance (i.e., Patmos and Ephesus).

Moreover, she examined the book’s wider historical context, highlighting how it was composed during a time on intense persecution as a means of consolation and encouragement for the wider Church.

The scholar also brought to the fore the book’s liturgical dimension, that is, how it depicts an ‘archetypal liturgy’ to which all our current services must bear resemblance.

In addition, Dr Gore-Jones discussed how St John has drawn on various images from Genesis and the major books of the Old Testament to present his prophetic vision of our Lord Jesus Christ as the ultimate remedy to the ancestral fall, and the sin, death, and sorrow which subsequently entered the world.

Dr Gore-Jones entirely dispelled any notion that Revelation is alarmist and gloomy, wonderfully presenting it in the light of tradition as a call for us to remain steadfast in the faith, remembering God’s promise that we will join Him heaven at the joyous renewal – not end – of creation.

The next talk will be given by Chris Baghos (Librarian of SAGOTC), who will present on ‘Realised Eschatology: St Columba, Iona, and the Heavenly Kingdom’. 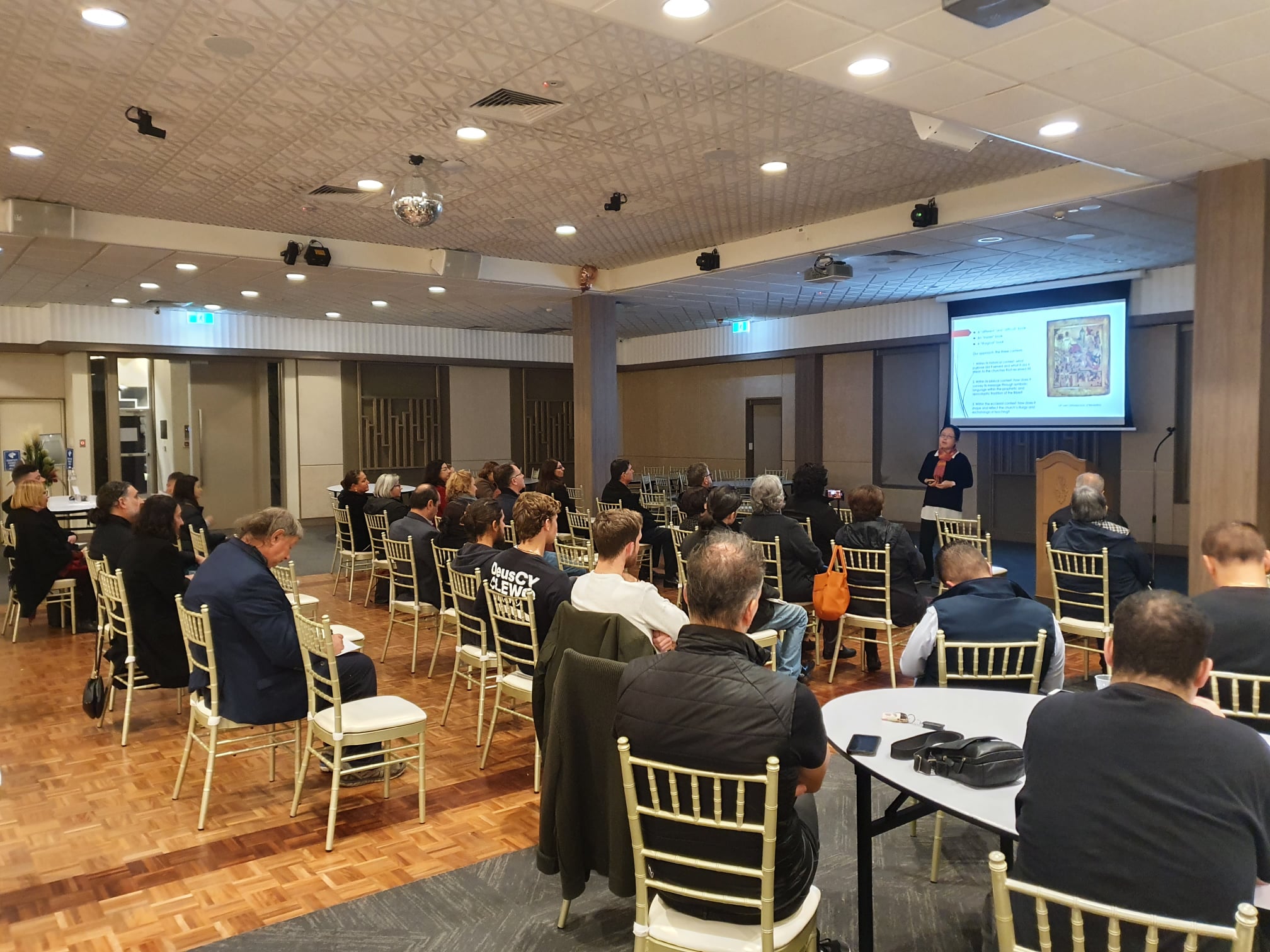