Preservation of one hundred manuscripts of the Alexandrian Church

In his speech, Patriarch Theodore II of Alexandria and All Africa warmly thanked Cyprus, which is again a helper in the missionary work of the Patriarchate of Alexandria, supporting an important part of the culture, while highlighting the strong cooperation between the two countries in this area. “The completion of this program is the fulfillment of one of my biggest dreams,” said the Patriarch of Alexandria excitedly, adding that with his contribution, the Leventis Foundation gives him the strength to continue his work.

“These books will never die; they will always be studied by experts. The ink came to life and wrote the knowledge”, said Patriarch Theodore, speaking about the completion of their maintenance, while he also stressed the contribution of Egypt and its President, Abdel Fattah Al Sisi in the missionary work of the Patriarchate.

“It is very important to work with our immediate neighbors in the Mediterranean, Greece, and Cyprus, who we consider more partners than neighbors,” said the Director of the Library of Alexandria Mustafa El Feki, presenting the special edition which was presented for the completion of this important program, in the presence of the Ambassador of Cyprus Homer Mavromatis, the Ambassador of Greece Nikos Garilidis, the General Consul of Greece in Alexandria Athanasios Kotsionis, the Patriarchal Vicar of Alexandria Metropolitan Narcissus of Naucratis, Bishop Germanos of Tamiathus and the Chief Secretary of the Holy Synod Archim. Nikodimos Totka, at the event that gathered a large crowd.

“The work of preserving the ancient manuscripts of the Patriarchate of Alexandria is a contribution to world culture,” added Mustafa El Feki, Director of the Library of Alexandria, adding that “what we are doing is an extension of the strong ties with our brothers and friends, of Greece and Cyprus”.

“We support the work of the Patriarchate of Alexandria”, stressed the Director of the Leventis Foundation of Cyprus, Charalambos Bakirtzis, warmly congratulating the Library of Alexandria for its important work, conveying the message of the President of the Foundation, Dr. Anastasios P. Leventis. While the Vice President of the Hellenic Community of Alexandria Andreas Vafiadis, in the presence of the General Secretary of the Community Dimitris Kavouras, stressed that the fact of this project is an example to be imitated for the senior parish organization and the maintenance of its own archives.

The work of preserving the first hundred oldest manuscripts generally began eight years ago and has been systematized in recent years with the support of the Leventis Foundation of Cyprus.

It is worth mentioning that at the end of his speech, the Patriarch of Alexandria mentioned the late Alexandrian scientist and collaborator in this field of the Library of Alexandria, Michalis Solomonidis, who died of Covid one year ago. It should be noted that the Patriarchal Library includes ancient manuscripts that go back to the depths of history, from the 10th to the middle of the 19th century, concerning ecclesiastical and liturgical texts, lives of Saints, gospels, musical texts, Arabic manuscripts, tragedies of Aeschylus and Euripides and philosophical works of Plato and Aristotle, which adorn, among other things, the 40,000 titles of books kept in the renovated area of the Patriarchal Library.

The whole event, with the flags of Egypt, Greece, and Cyprus adorning the hall, took place on the day of the National Anniversary of Egypt on October 6, thus showing the great importance that Egypt attaches to its cooperation with Cyprus and Greece and everything that has to do with Greek culture in general, but also the contribution of the three countries, Egypt, Greece, and Cyprus, to peace, as the Director of the Alexandrian Library emphasized. 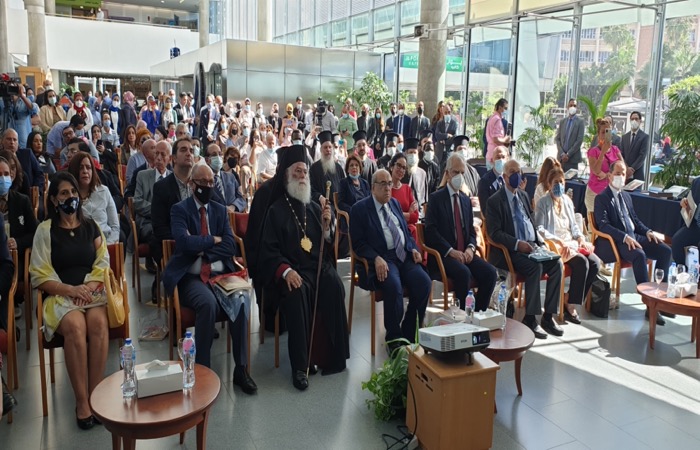 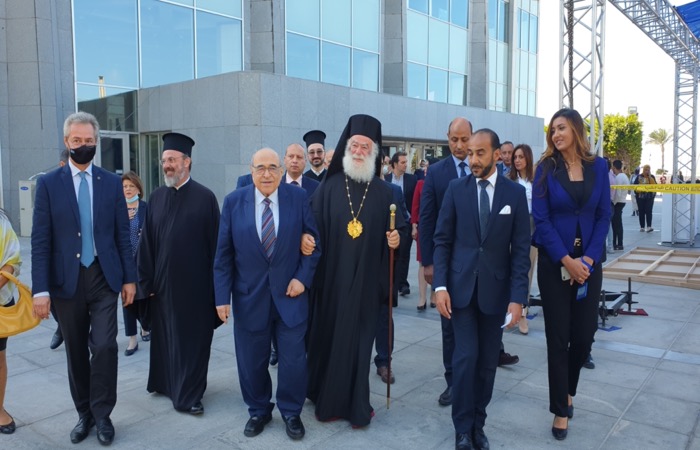 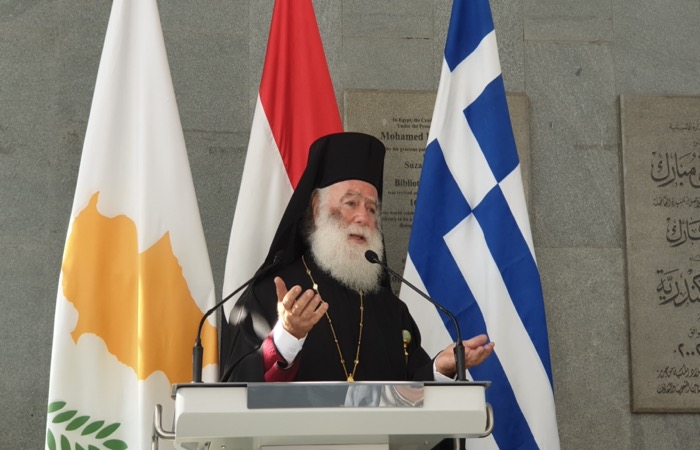 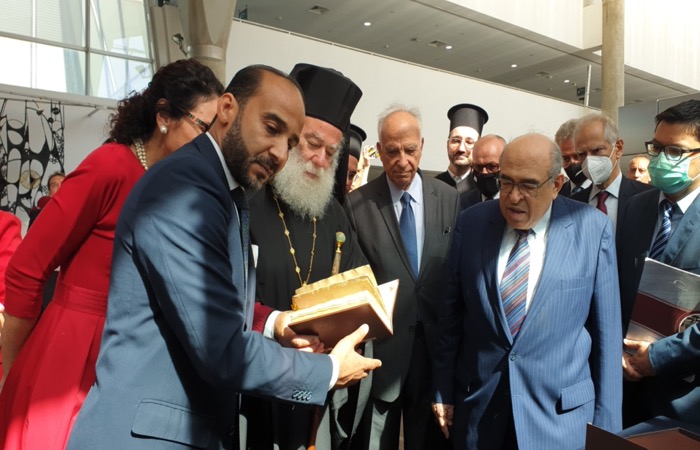 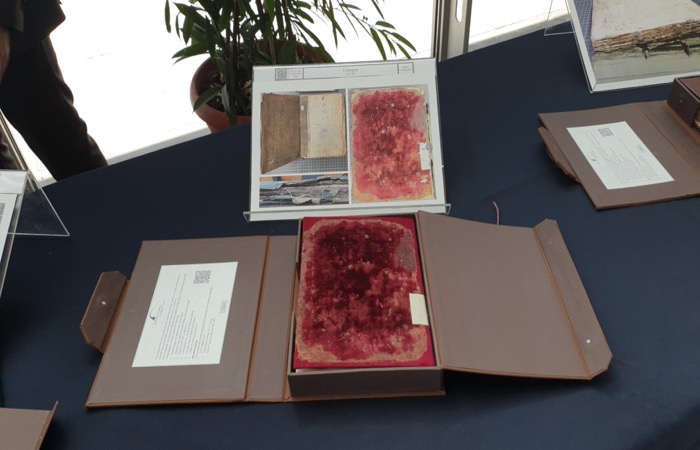 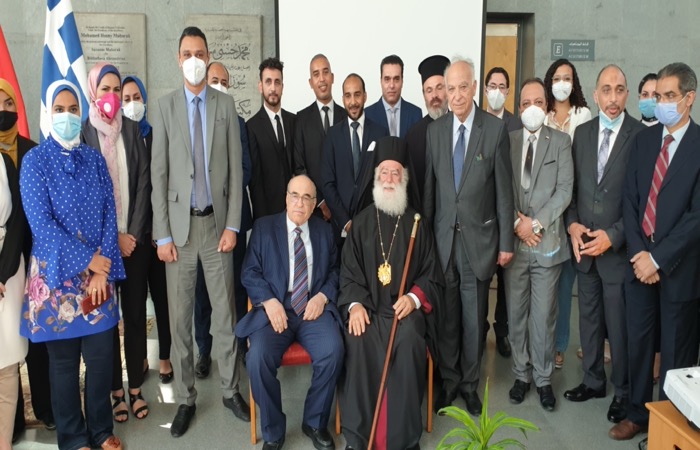 Metropolitan Proterios of Diospolis fell asleep in the Lord

The Patriarch of Alexandria in the Diocese of Bukoba

Patriarch of Alexandria arrived in Tanzania