Patriarchate of Jerusalem celebrated Feast of Saint Theodore the Recruit

On Saturday of the 1st Week of Lent, March 20, 2021, the Patriarchate of Jerusalem celebrated the feast of the boiled wheat miracle by Saint Theodore the Recruit, at the Holy Monastery dedicated to him, which is located on the West side of the Patriarchate Headquarters towards the New Gate.

On this feast, the Church commemorates that Saint Theodore the Recruit appeared to Archbishop Eudoxios of Constantinople in a dream and advised him that the faithful Christians should eat boiled wheat, food used in his hometown Euhaita, in order to avoid being contaminated by the food that Julian the Transgressor had mixed with food offerings to idols. That way, the Christians were protected from sinning by eating contaminated food.

For this feast Vespers in the afternoon and the Divine Liturgy in the morning were officiated by Metropolitan Isychios of Kapitolias, with co-celebrants the Hagiotaphite Archimandrites Mattheos and Kallistos, the Arab-speaking Priests Nectarios and George and Hierodeacon Eulogios.

The chanting was delivered by Hierodeacon Simeon, as the services were attended by faithful Christians of the Holy City.

During the Divine Liturgy, Patriarch Theophilos of Jerusalem visited the Monastery for veneration.

The Patriarch, the Hagiotaphite Entourage and the congregation were offered a reception at the end of the Liturgy by the Typikon Keeper and Hegoumen of the Monastery, Archimandrite Alexios. 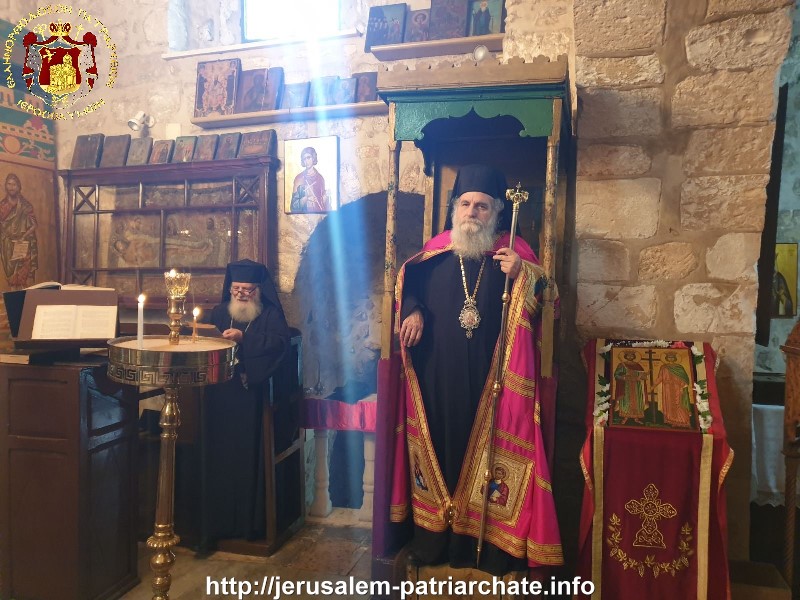 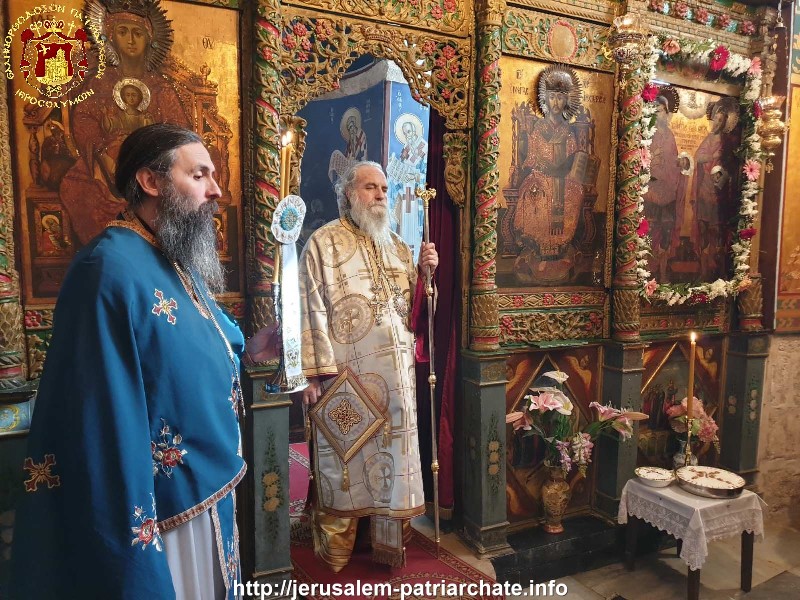 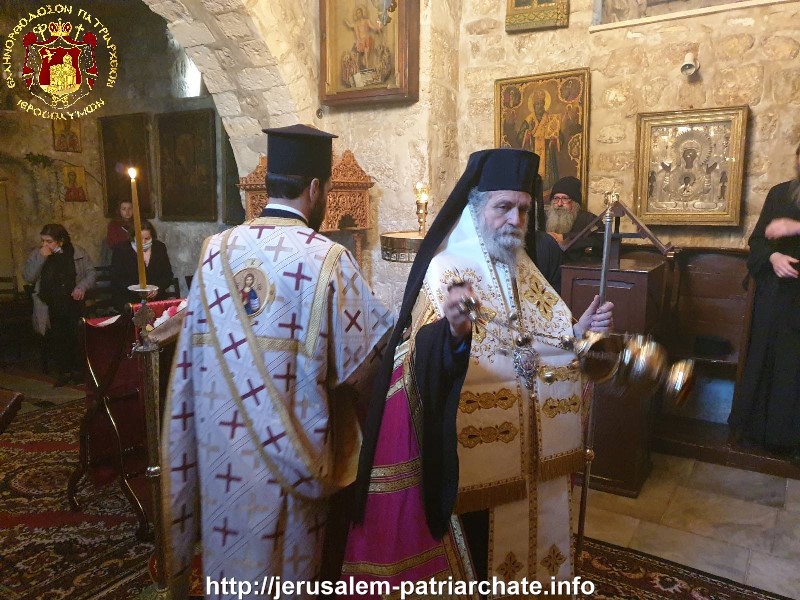 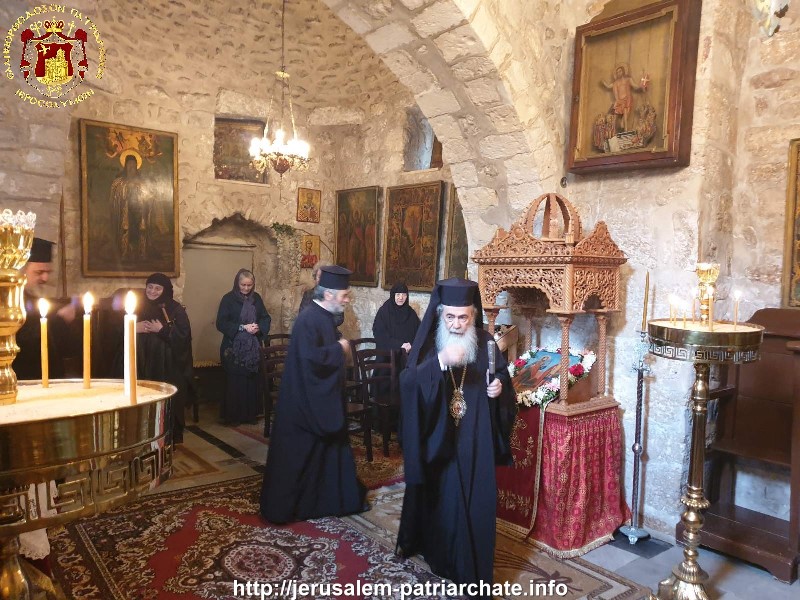 Service of Akathist Hymn in Patriarchate of Jerusalem (VIDEO)

Patriarch of Jerusalem received the British Consul General in Jerusalem