The Patriarchate of Antioch is on the same page as the Moscow Patriarchate regarding the Russian attack on Ukraine.

The Holy Synod of the Church of Antioch met on March 2, chaired by Patriarch John X of Antioch and All the East.

The Synod first referred to the issue of the abducted Metropolitans of Aleppo, Paul Yazigi, and Youhanna Ibrahim, and denounced the international silence on the issue, which runs through the ninth year, calling for their immediate release.

Regarding the war in Ukraine, the communiqué stated that “The Fathers express their sympathy to the shepherds of the Ukrainian Orthodox Church, led by Metropolitan Onufriy.”

The Synod expressed the hope that “the spiritual and historical ties between the Russian and Ukrainian peoples, which have emerged from the same baptismal font, would contribute to the resolution of the conflict, the achievement of reconciliation and the consolidation of peace”.

The word “war”, “invasion”, and of course any reference to Russia, which has begun the attack, are absent from this announcement of an Orthodox Church, while wishes and sympathy are addressed exclusively to the Ukrainian Orthodox Church of Metropolitan Onufriy.

Also of interest is the reference to the communiqué of the Church of Antioch on the Ukrainian ecclesiastical issue.

After the latest developments in Alexandria, with the entrance of the Russian Church into the Patriarchate, Metropolitan Emmanuel of Chalcedon had visited the Patriarch of Antioch in the middle of last month, conveying to him an invitation from the Ecumenical Patriarch to participate in the Synod of the four Presbyterian Patriarchates.

This Synod is to take place before the Holy Week in Constantinople.

In both delegations, the Patriarch of Antioch replied that “the Holy Synod of Antioch will meet soon to discuss the developments of the Orthodox Church and to take an appropriate position on them.”

However, in the communiqué issued after the end of the Synod, there is no reference to the forthcoming Synod of Constantinople or to the intention of the Patriarchate of Antioch to participate in it.

The Patriarchate confines itself to reiterate the need to invoke the principle of consensus and unanimity of all Orthodox Churches, “what the family of Local Churches recognizes”, in terms of common Orthodox work and efforts to find solutions to controversial issues in the Orthodox world.”

Read below the announcement:

The Holy Synod of Antioch presided by His Beatitude Patriarch John X, held its thirteenth extraordinary session in Balamand on March 2, 2022, in the presence of each of the eminent metropolitans:

Following the prayer, invocation of the Holy Spirit, and the divine mercy, the Synodal fathers firstly addressed the issue of the abducted Metropolitans of Aleppo, Paul Yazigi, and Youhanna Ibrahim, and denounced the international silence over the issue, which is entering its ninth year. They called for the Metropolitans’ immediate release and putting an end to this file that encloses some of the woes the people of the East undergo.

The Fathers reflected upon the recent developments in the Orthodox Church and the crisis that threatens Orthodox unity with serious repercussions.

They reiterated the position of the Patriarchate of Antioch stressing the necessity to return to the principle of consensus and unanimity of all Orthodox Churches, those recognized by the family of Local Churches, in what relates to the joint Orthodox work and the efforts to find solutions to controversial issues challenging the Orthodox world. Consensus and unanimity guarantee the unity of the Orthodox Church.

On the pastoral level, the fathers stressed that the various ranks of Priesthood mirror the Church’s service to its children; therefore, the one who serves the Church of Christ is called to be an icon of the Lord and a living witness to Him in all his deeds. They emphasized their great keenness for preserving the purity of the priestly service with no stain or wrinkle or any other blemish, in all its dimensions, namely, the spiritual, pastoral, administrative, and financial. They stressed that the Church, to ensure the purity of service and witness, ought to be firm and demand accountability whenever the need arises.

The fathers discussed the economic and financial situation and social problems challenging the Lebanese population, who lacks the most basic prerequisites of a decent life. The Synodal fathers called on the Lebanese government to work to provide public services and basic living requirements for its citizens. At this parliamentary pre-election stage in Lebanon, the fathers remind of the importance of political vigilance and call upon their children to approach the upcoming elections with a sense of responsibility to elect the candidates who are loyal to the country, who can lift up the country from the rock bottom, and from the wrongdoings that have accumulated throughout the Lebanese political life.

Concerning the Syrian issue, the Fathers repeated their call to find a political solution, taking into consideration the aspirations of the Syrian people, to achieve national reconciliation and preserve the unity of the Syrian State.

The Synodal fathers also appealed to the international community to lift the economic sanctions, which repercussions the citizens bear in their livelihood, health, and that impact the future of their children.
The Synodal Fathers follow with deep pain and great sorrow the distressful escalation in Ukraine and raised their fervent prayers for peace in Ukraine and the entire world, and that the Almighty God inspires the decision-makers to give priority to the logic of peace and to adopt the language of dialogue to spare further destruction as well as human causalities and material losses incurred by all parties.

During this difficult time for the Ukrainian people, the Fathers express their sympathy to the shepherds of the Ukrainian Orthodox Church presided by His Beatitude Metropolitan Onuphriy. The Fathers hope that the spiritual and historical ties between the Russian and Ukrainian peoples, who had emerged from the same baptismal font, would contribute to resolving the conflict, achieving reconciliation, and consolidating peace.

On the threshold of the Holy and Great Lent, the Synodal fathers urge the faithful to adhere to the word of God, intensify their prayers for peace from above. They remind their children, in the homeland and overseas, of the importance that the struggle in fasting be accompanied with caring for the destitute little brethren of Jesus, given that in the Church we do not fast only to abstain from food, but rather to provide the poor with the spared price of the food that we abstain from. 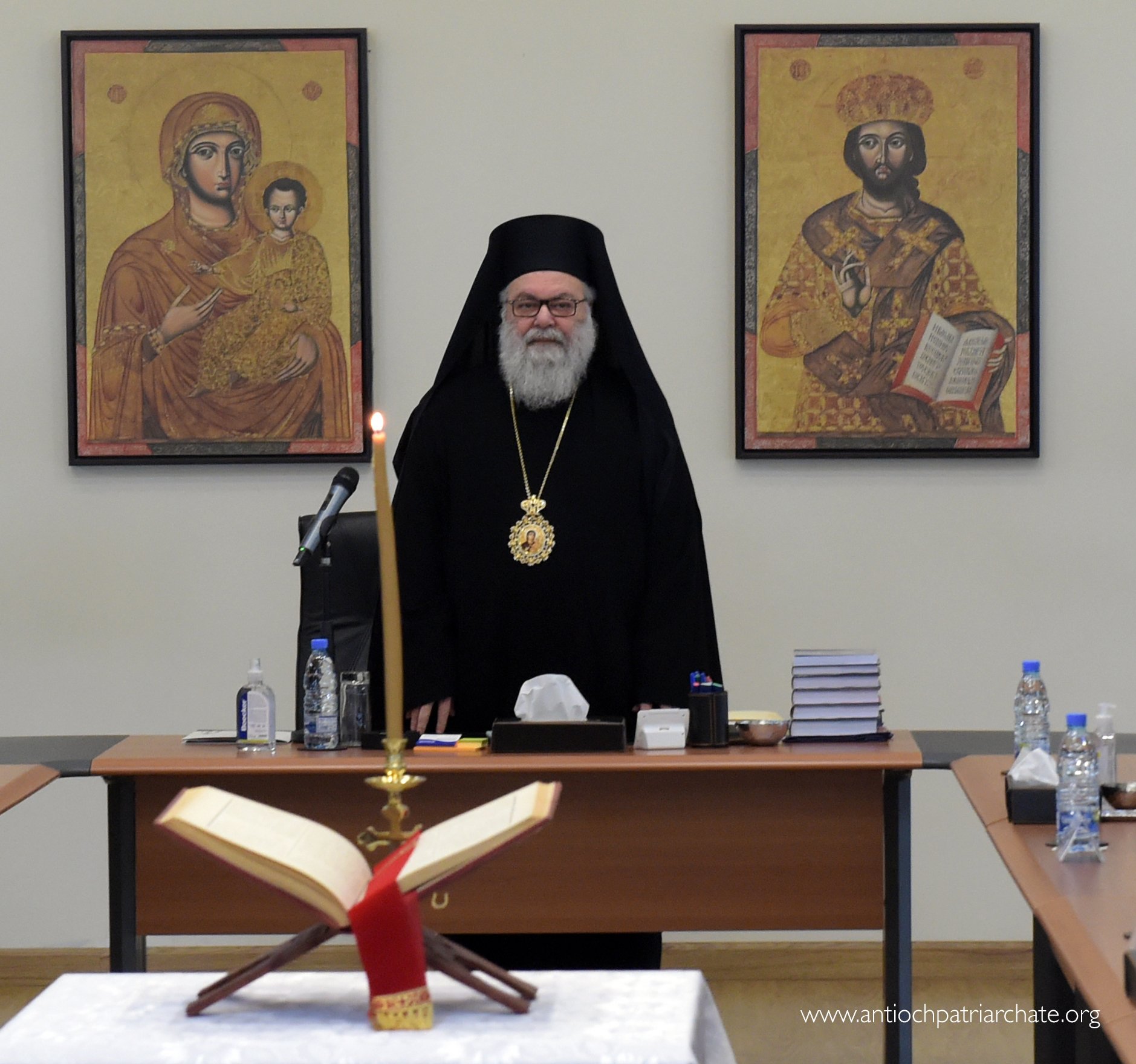 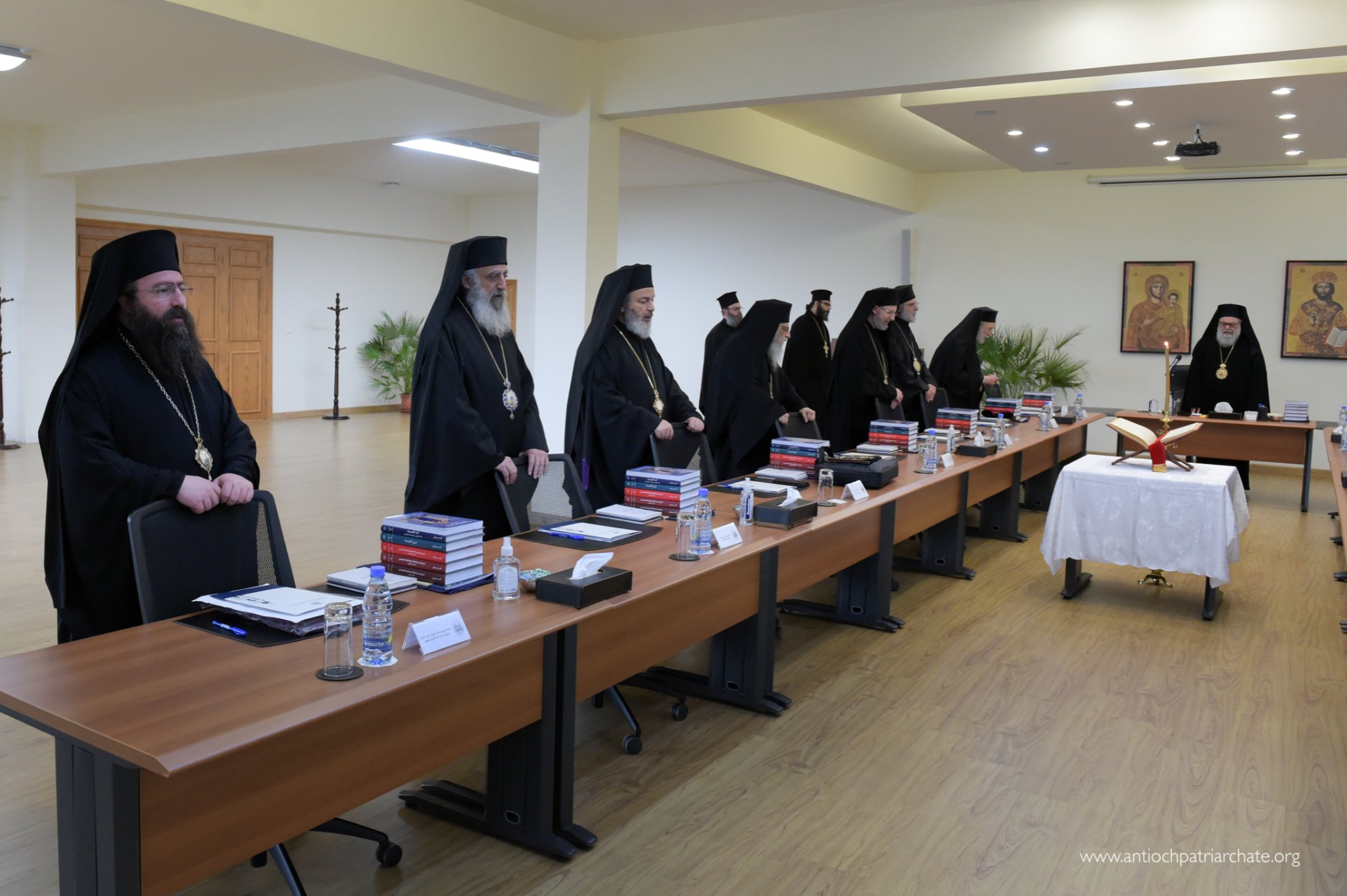 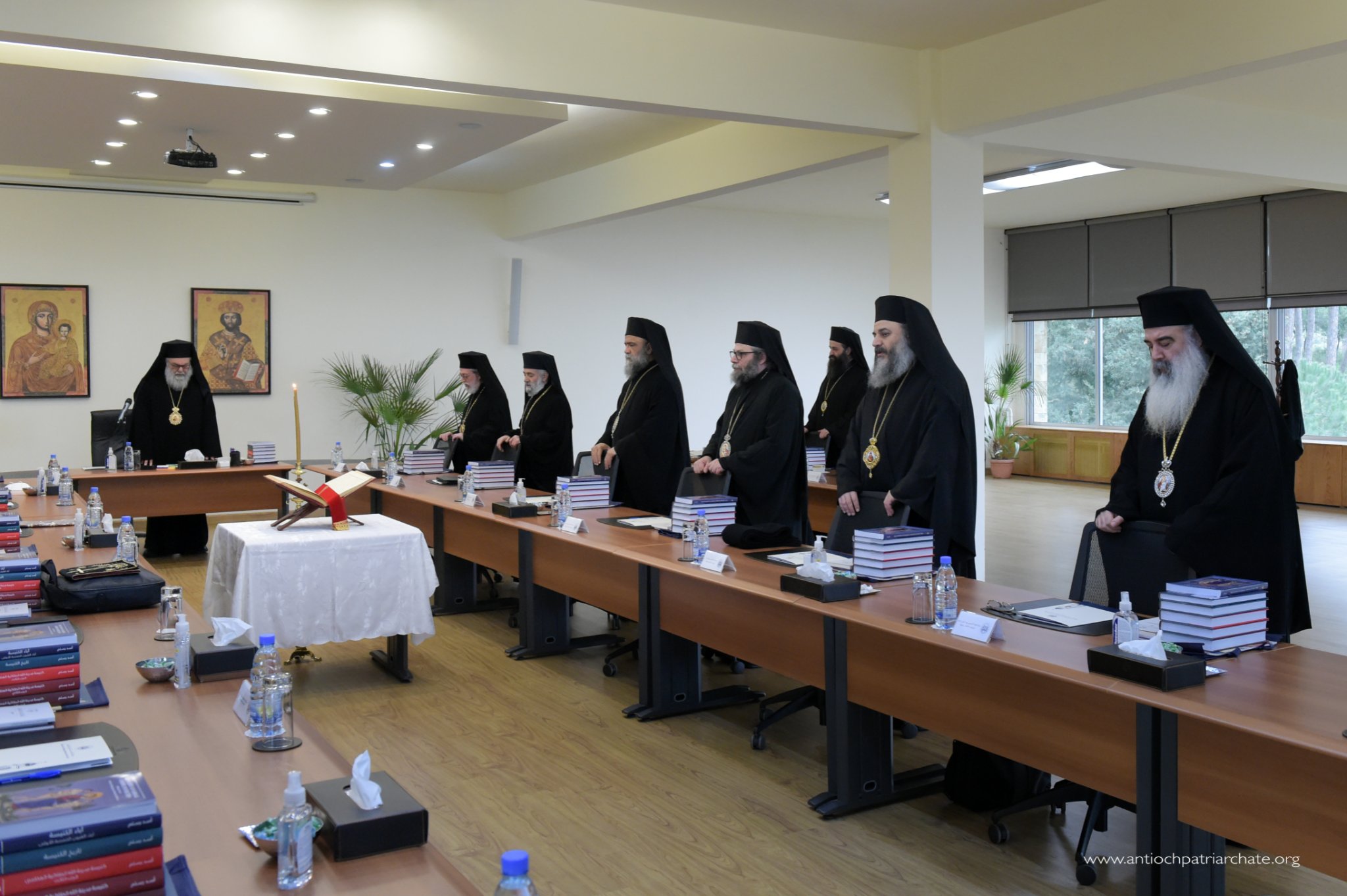 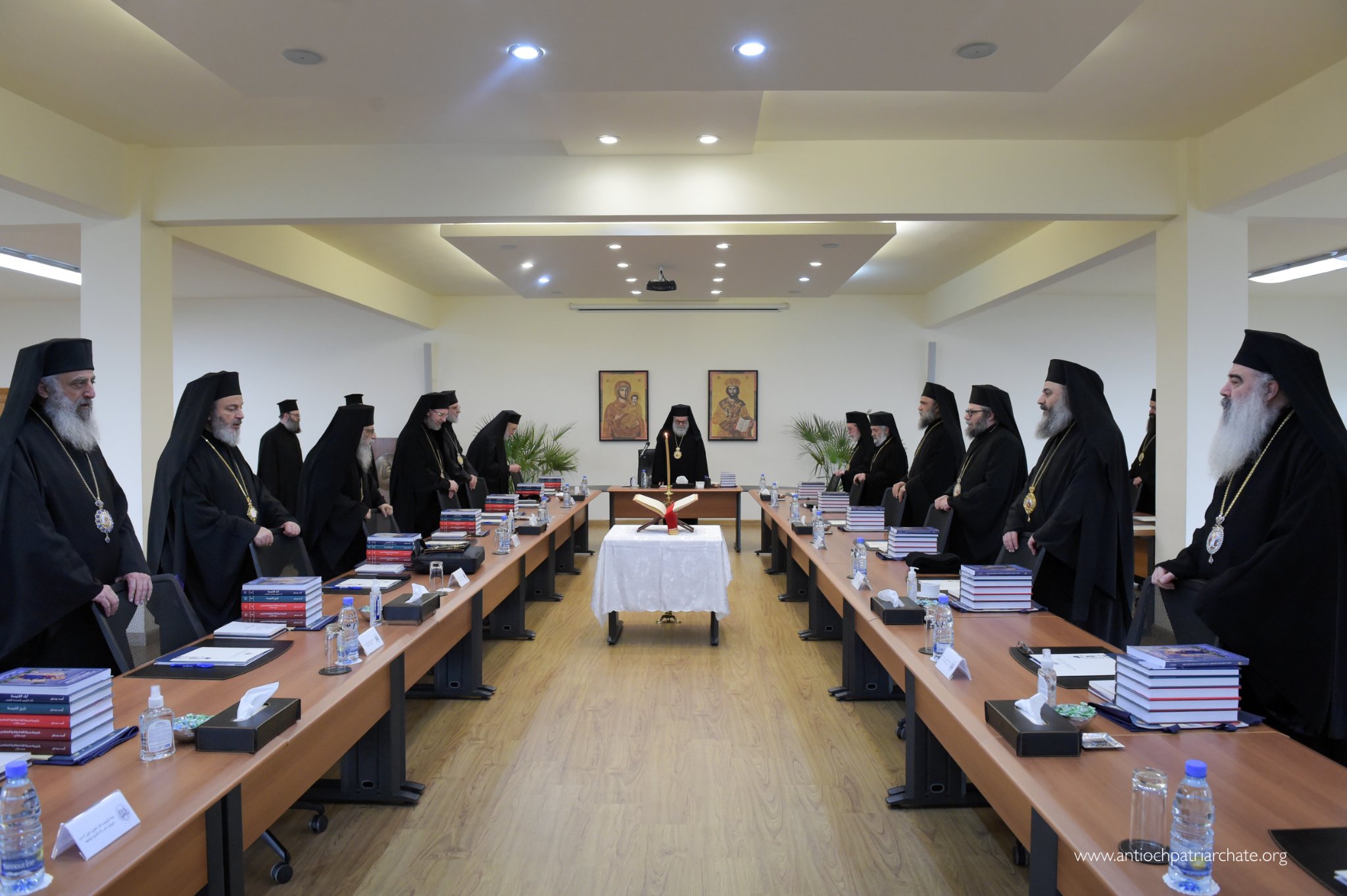 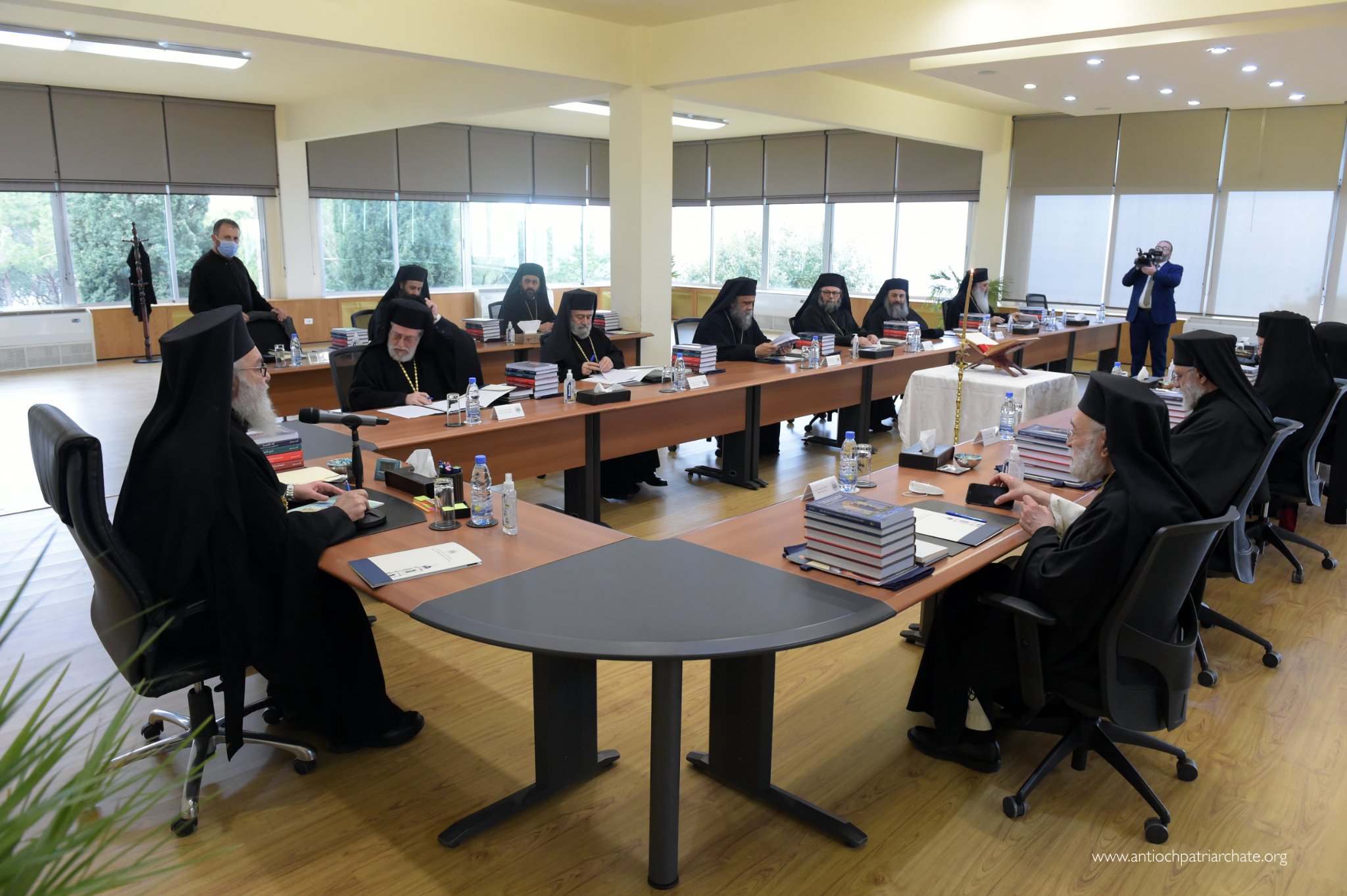 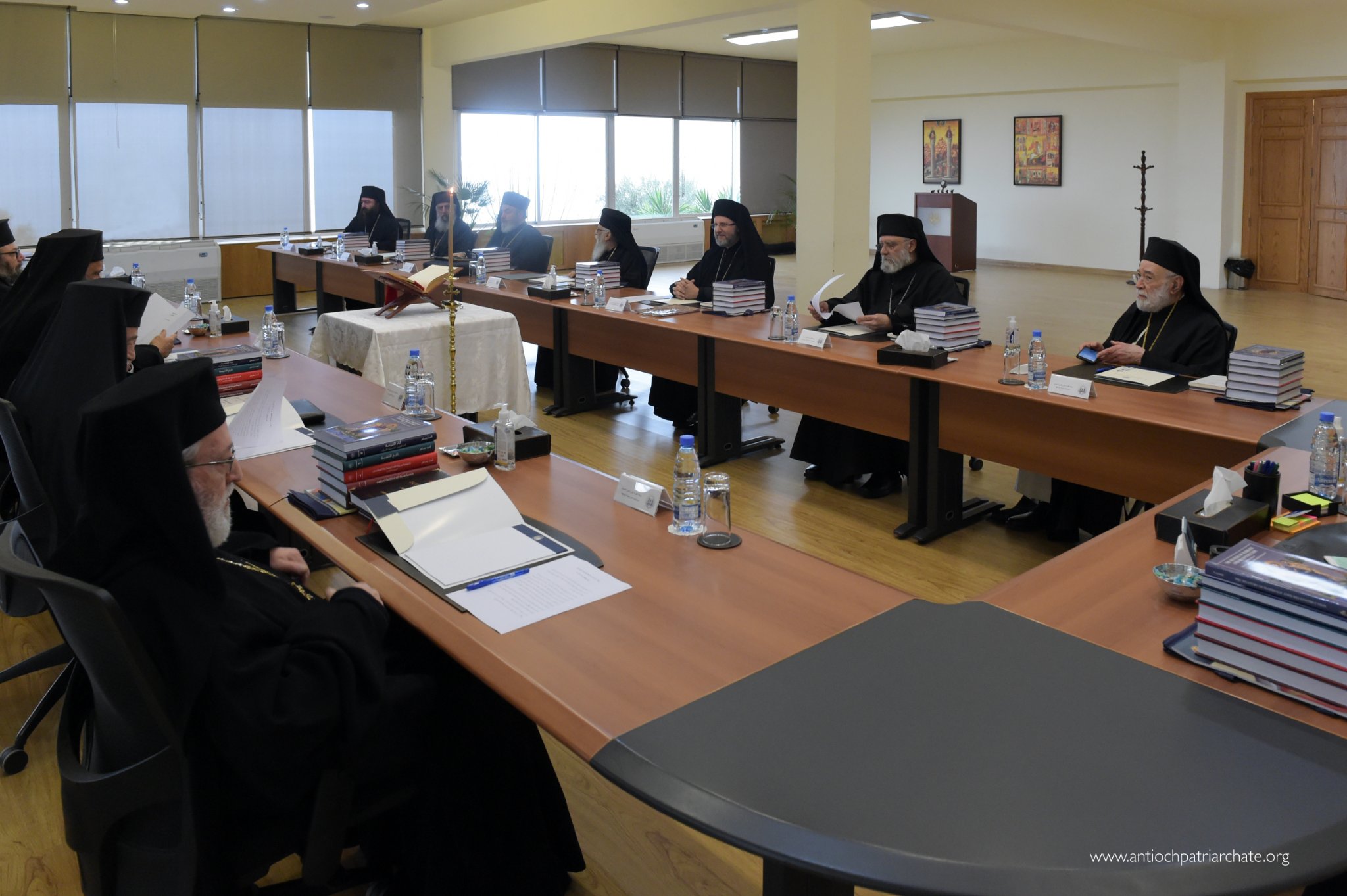 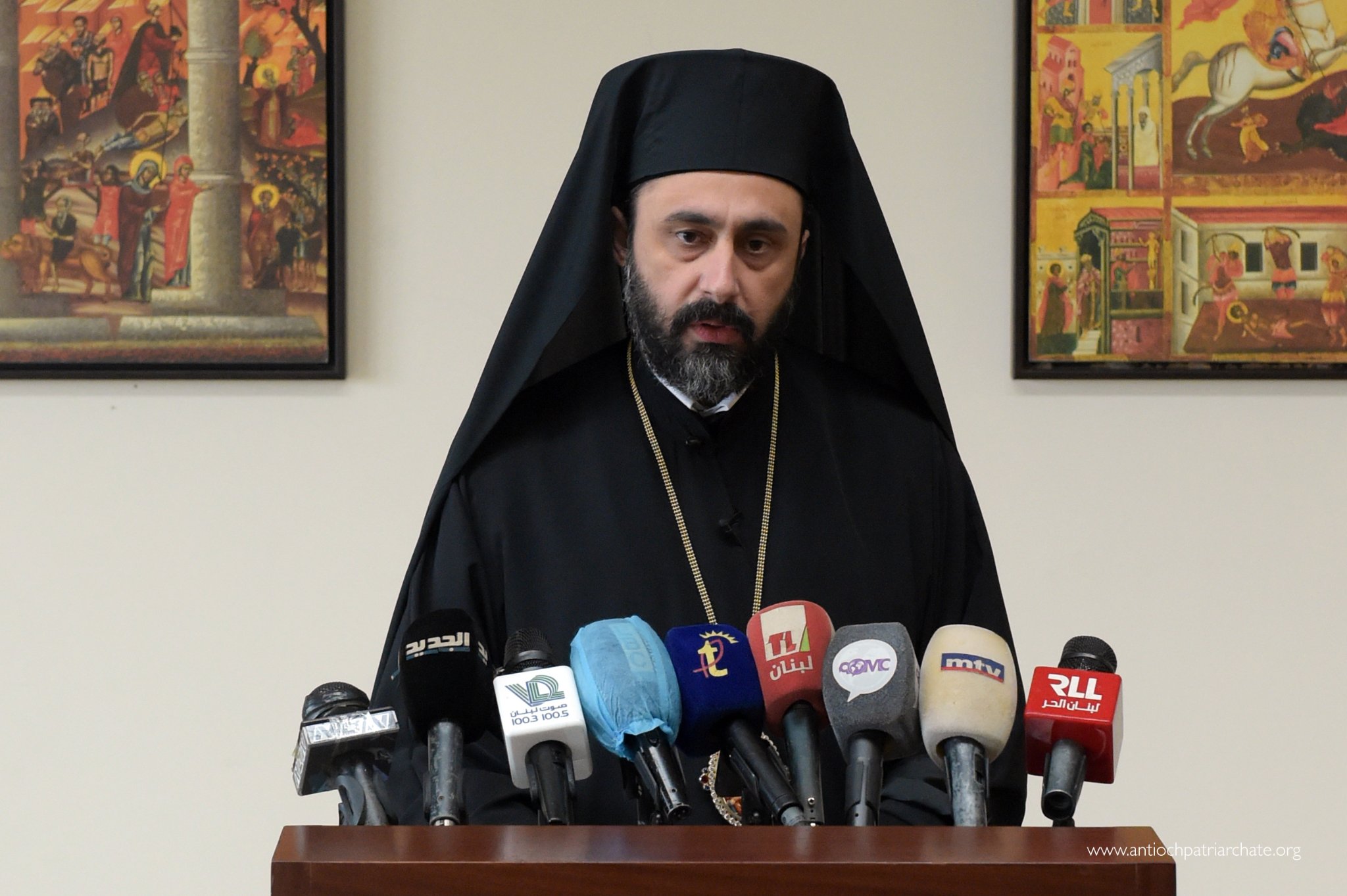