On Tuesday afternoon, December 28, 2021, Patriarch Theophilos of Jerusalem, accompanied by Geronda Secretary-General Archbishop Aristarchos of Constantina and the Secretary of the Holy and Sacred Synod Hierodeacon Simeon, visited the library of the Monastery of the Holy Cross.

This library belonged to the famous Theological School of the Cross which existed in the Patriarchate from 1845 to 1909 and many scientists of various expertise both laity and clergy graduated from it.

This library is rich in old-print and newer scientific books, many of which need special preservation and protection, due to the closure of the School since 1909. By the initiative of Patriarch Theophilos of Jerusalem the special conservator from Cyprus, Professor Stavros Andreou was invited to undertake this project.

Patriarch Theophilos supervised and praised this project and gave instructions for its continuation and the possibility of various organizations for its funding. 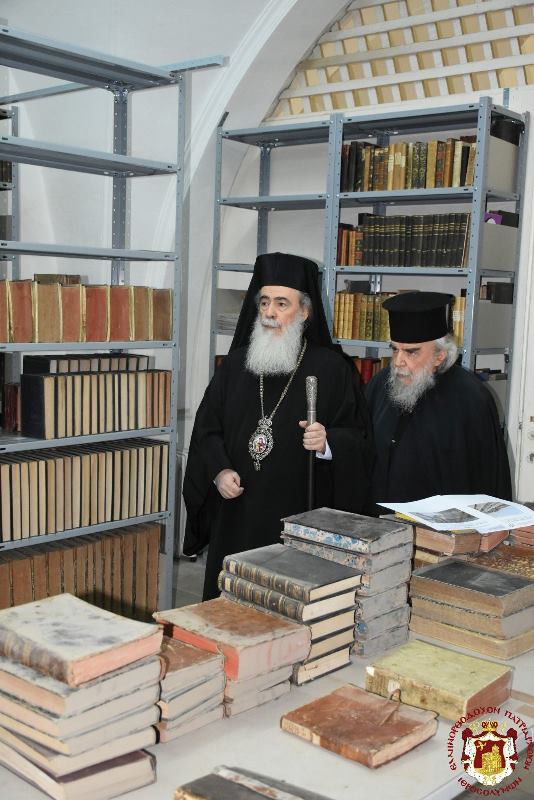 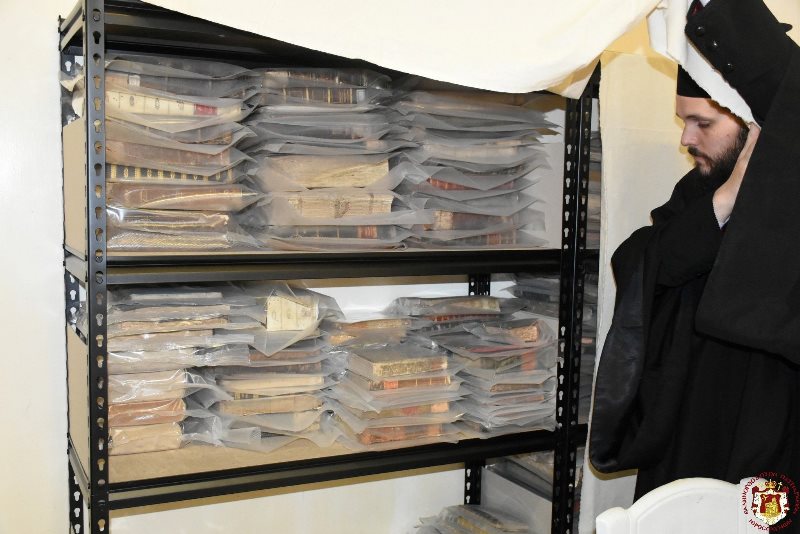 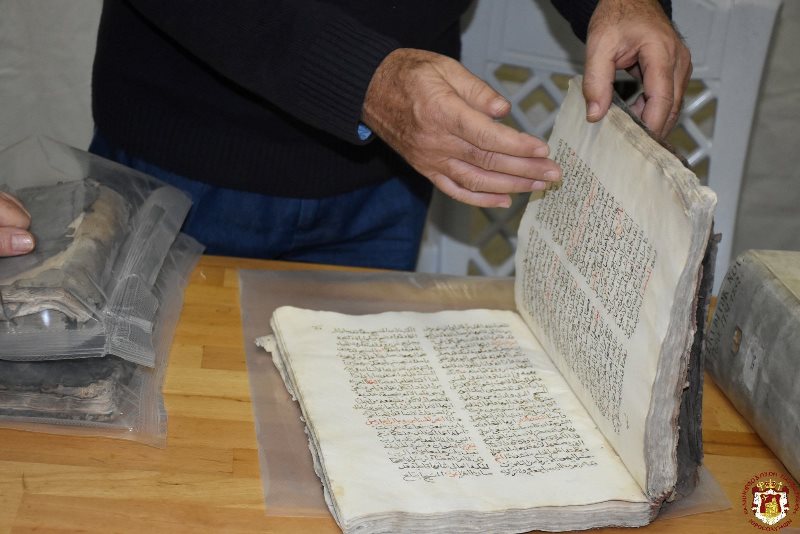