Father Ioannis Saouka was accepted by Patriarch Theophilos of Jerusalem after the Geronda Chief Secretary Archbishop Aristarchos of Constantina and other Hagiotaphite Fathers.

Then following the visit of the President of Hungary Katalin Novák on November 17, 2022, to Jerusalem, the State Secretary of Hungary Tristan Azbej visited the Patriarchate, accompanied by the Hungarian Ambassador to Ramallah Csaba Rada.

The Minister was received by Patriarch Theophilos of Jerusalem and Hagiotaphite Fathers.

Patriarch Theophilos informed Tristan Azbej about the work of the Patriarchate, pastoral, and ecclesiastical, about the schools which the Patriarchate selflessly maintains, about the challenges of Christians despite the extreme fanatical elements, those who covet the Christian property.

The Minister expressed his interest in supporting the work of the Patriarchate in the European Union.

Patriarch Theophilos thanked Tristan Azbej for his country’s financial contribution to the renovation of the Basilica of Bethlehem and the Holy Tomb of the Holy Sepulchre and underlined the need for assistance in the educational work of the Patriarchate for his country and for the European Union and also praised the Ambassador for his work.

The Minister expressed his commitment to the support of the Christians of the Holy Land. 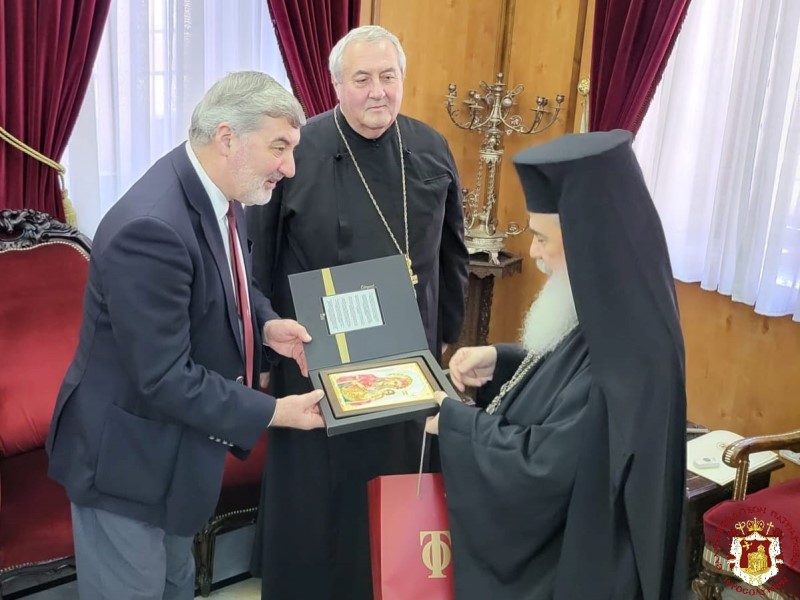 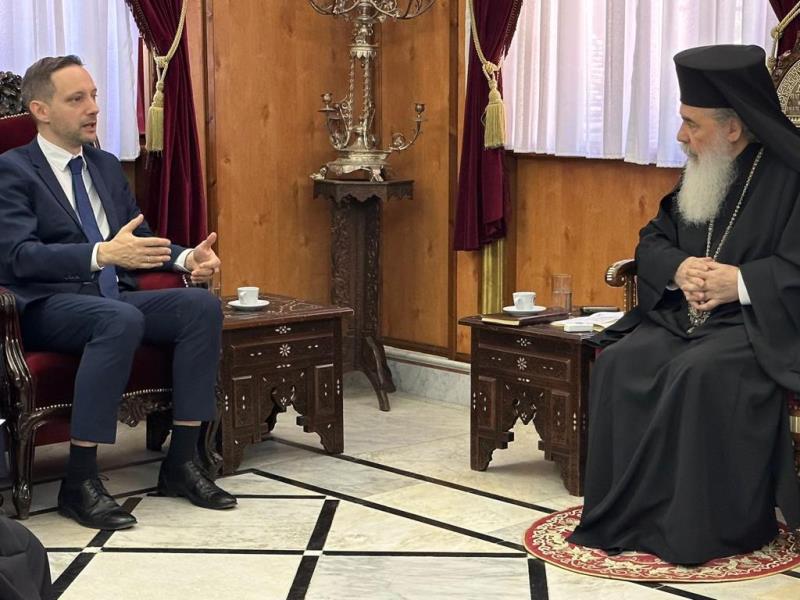 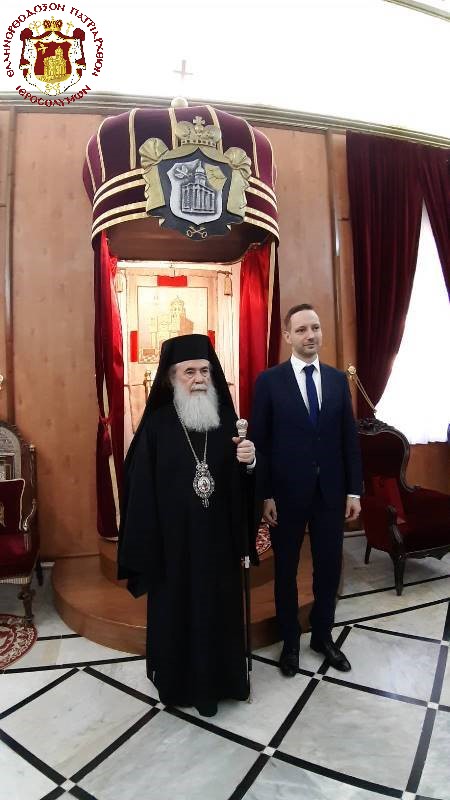 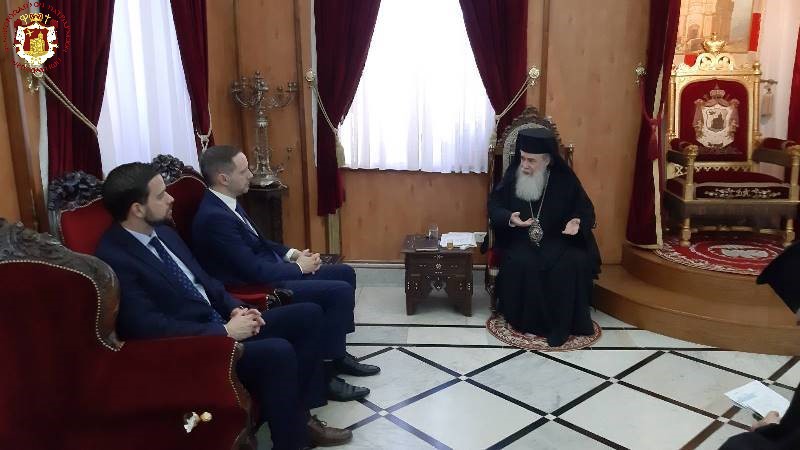 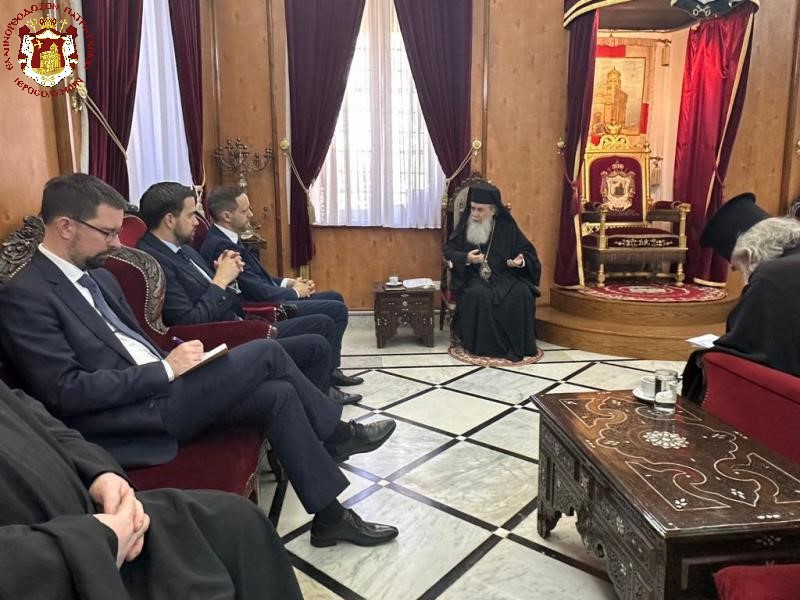 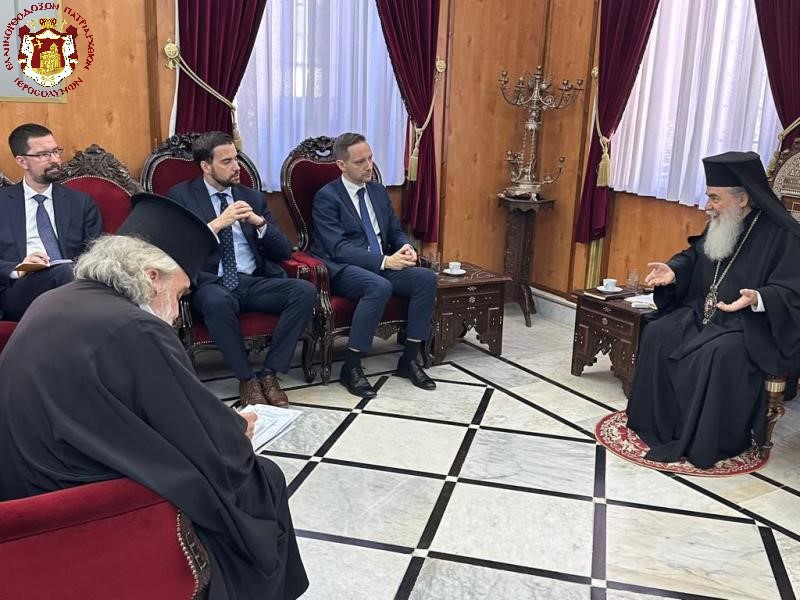 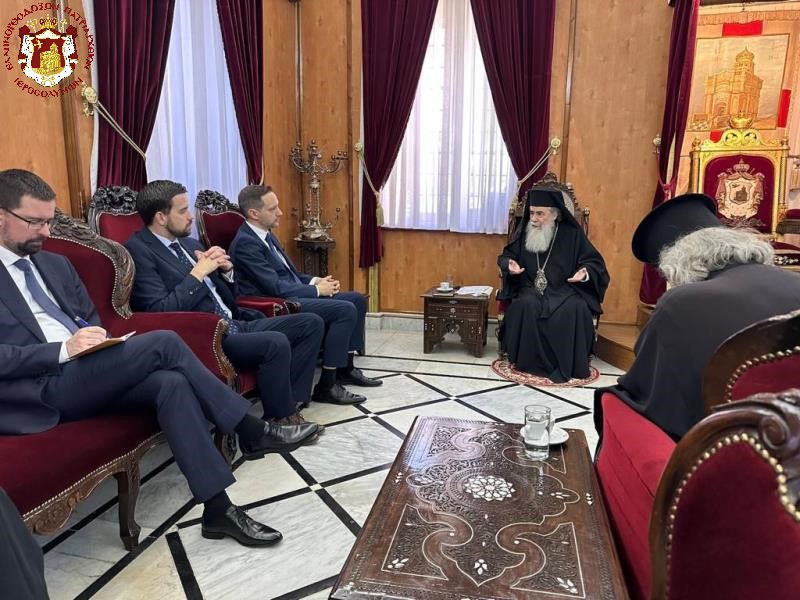