Patriarch of Jerusalem had a meeting with President Mahmoud Abbas

During the afternoon meeting, President Abbas valued the recent statements issued by the Patriarchs and Heads of Churches in Jerusalem and affirmed that the State of Palestine will continue to support the people of Jerusalem, and will protect Islamic and Christian holy sites in light of the attacks they are being subjected to by Israeli radical groups.

The President noted, “We share with you the importance of carrying out more vital projects that contribute to the consolidation of the Christian presence in Jerusalem and the rest of the Holy Land, and we highly value your undertaking such projects, and your international campaign aimed at exposing violations of the rights of believers in the Holy Land.”

The President stressed the importance of continuing coordination between all relevant authorities through the Higher Presidential Committee on Church Affairs.

In return, Patriarch Theophilos greeted the Palestinian President by saying: “We come to you from the city of Jerusalem, bearing hope coupled with a dazzling spirituality derived from our Christian and Islamic holy sites, which have withstood throughout history despite all the difficult circumstances that our region has gone through.”

Patriarch Theophilos affirmed that the Patriarchs and Heads of Churches in Jerusalem have decided to carry out an international campaign that puts the Christian world in the form of violations committed against the Holy City, especially with regards to Orthodox real estate threatened to be seized by radical groups in Omar Ibn Al-Khattab Square in Jaffa Gate in Jerusalem, which is the main route of pilgrims to the Church of the Holy Sepulchre and the various monasteries, in addition to the process of distorting the cultural and historical identity of New Gate area.

In addition, Patriarch Theophilos stressed that he raises his voice loudly at this special time of the year, Christmas, to confirm that the Holy Land is not only the land of the birth of Christ, but the land of the birth of Christianity, and added that the entire world is responsible for the survival of Christians in the Holy Land and the Middle East in general.

The meeting was attended by the Head of the Higher Presidential Committee on Church Affairs, Ramzi Khoury; the Palestinian Supreme Sharia Judge, Mahmoud Al-Habash; and the diplomatic advisor to the President, Majdi Al-Khalidi. 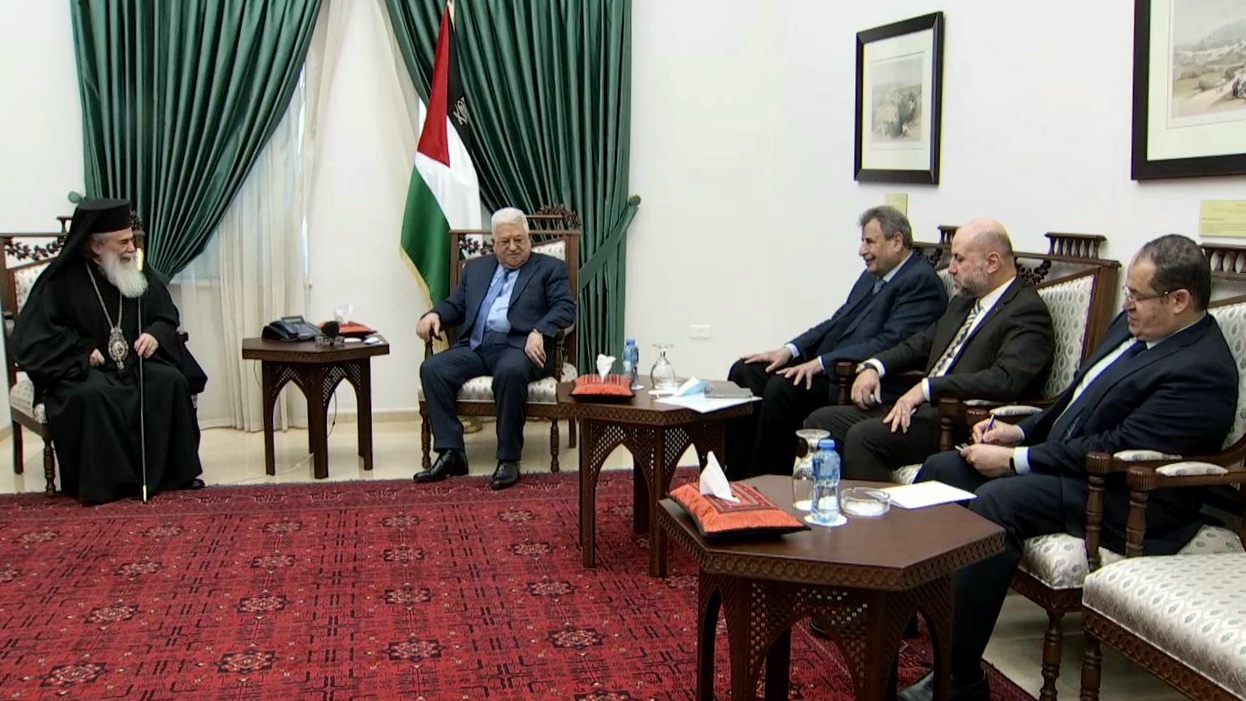 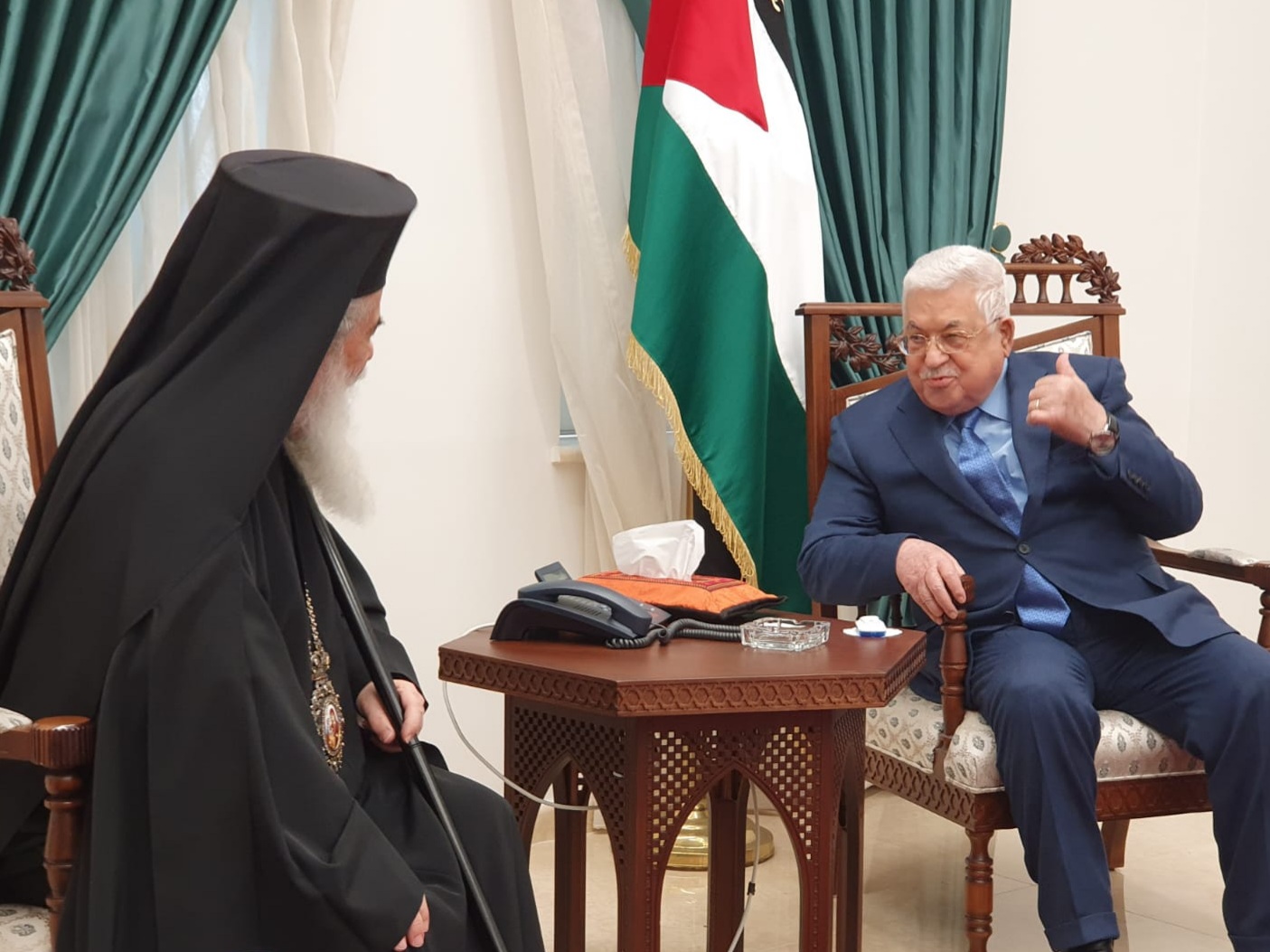 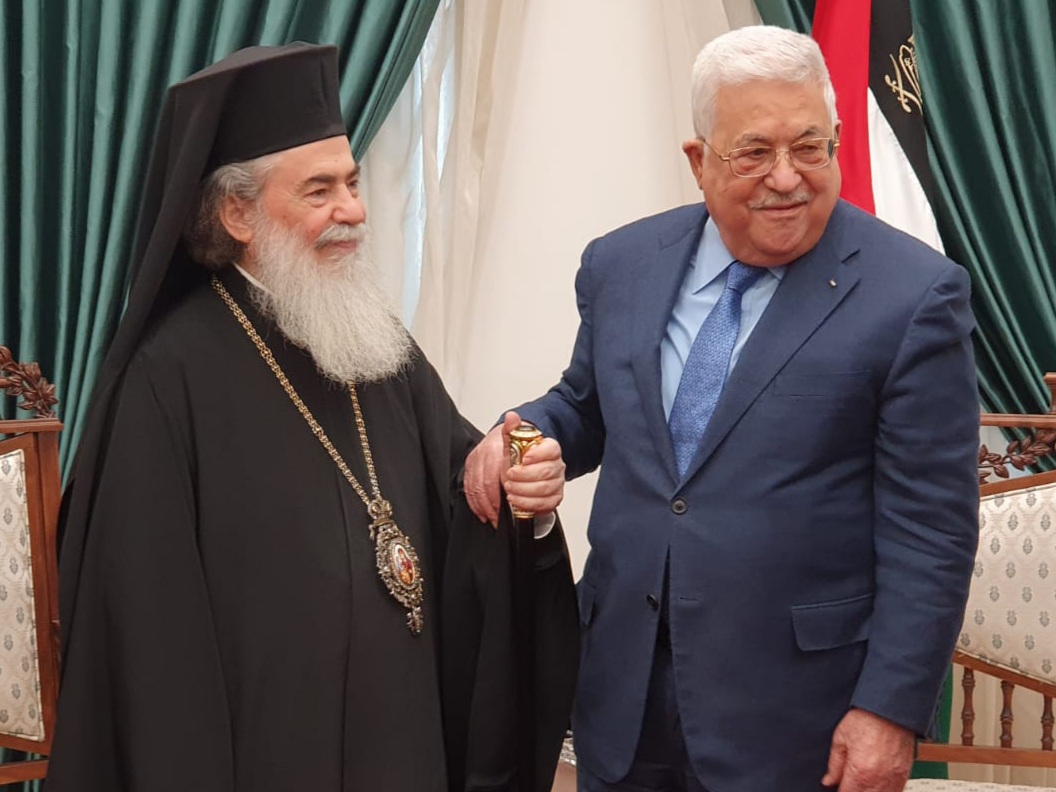 Archbishop of Thyateira: St Anthony made the desert flourish through prayer and faith