Patriarch of Jerusalem: Education is that which educates the person morally and spiritually

On Monday, November 8, 2021, the Patriarchate of Jerusalem celebrated the feast of the Holy Great Martyr Demetrios the Myrrh-gusher.

On this feast, the Church, and especially the Church of Thessaloniki commemorates that Saint Demetrios was born in Thessaloniki and martyred for Christ during the reign of Maximian in AD 306. The reason was the revealing of his Christian faith and he also encouraged Nestor to win the battle in the arena. For this reason, the Church honors Saint Nestor the next day after Saint Demetrios’ feast, who also suffered a martyr’s death.

The Patriarchate celebrated this feast at Saint Demetrios’ chapel in the Central Monastery, near which there is also the School with the Saint’s name.

Vespers on Sunday afternoon and the Divine Liturgy on Monday morning were officiated by Metropolitan Joachim of Helenoupolis, with the co-celebration of the Archimandrites, Alexios, Makarios and Stephen, Priest George Baramki, and Hierodeacon Eulogios. The chanting was delivered by Gotsopoulos and the Patriarchal School Students, as the Service was attended by the Consul General of Greece in Jerusalem Vlioras and many Nuns and pilgrims.

The Divine Liturgy was followed by a ceremony at the reception hall of the Patriarchal School of Saint Demetrios. The school ceremony included a video presentation regarding Saint Demetrios’ martyrdom and the school’s history, which used to be Greek-speaking but at present, it has become Arab-speaking for the Patriarchate’s flock in Jerusalem.

Patriarch Theophilos of Jerusalem honored the ceremony with His presence and addressed those present as follows:

“Teach me good judgment and knowledge: for I have believed thy commandments” (Psalm 119:66) the Psalmist sings.

As known, he lived during the reign of the Roman Emperors Diocletian and Maximian and was born in Thessaloniki. He was distinguished for his reverence, that is his great Christian faith, and became a co-martyr of Christ’s blood, and for his education, as he became a teacher and educator in Christ. He managed this because he paid heed to the Biblical words: “Teach me good judgment and knowledge: for I have believed thy commandments” (Psalm 119:66).

The love of young Demetrios for the knowledge of truth was not confined only to the education of Greek philosophy but was specially extended to the study of the Holy Scriptures through the Gospel of Christ. “And ye shall know the truth, and the truth shall make you free” (John 8:32), the Lord says.

Education is that which educates the person morally and spiritually. And this, because knowledge leads to the enlightenment of the mind, and the enlightened mind leads to the truth of things, that is, to science. However, the education in Christ exceeds the limits of human reason and promotes the pious and righteous disciple of Christ to the utmost beauty, that is, to the vision of the glory of God.

Inspired by the God-inspired words of Saint Paul, the great friend of Christ Demetrios sought his freedom from the bondage of the carnal mind and the bondage of the law of corruption, namely of sin and death. That is why he was deemed worthy to receive the Kingdom of God (2 Thess. 1:5), as his hymnographer says: “The All-highest Word of God, seeing thee victorious over the falsehood of impiety, crowned thee with glory, O Demetrius, as thou didst chant: Glory to Thy power, O Lord” (Matins, Ode four, Canon of the Saint, Troparion 1).

As we are under the protection of the Holy Church of Christ, in the Venerable Rum-Orthodox Patriarchate of Jerusalem, we are called to become imitators of the Holy Great Martyr Demetrios. In other words, we are called to become preachers of the Gospel of love and philanthropy of God, namely, of the freedom of Christ. “I am the light of the world: he that followeth me shall not walk in darkness, but shall have the light of life” (John 8:12), the Lord says. Many happy returns and good progress in learning the knowledge of the truth. Amen.” 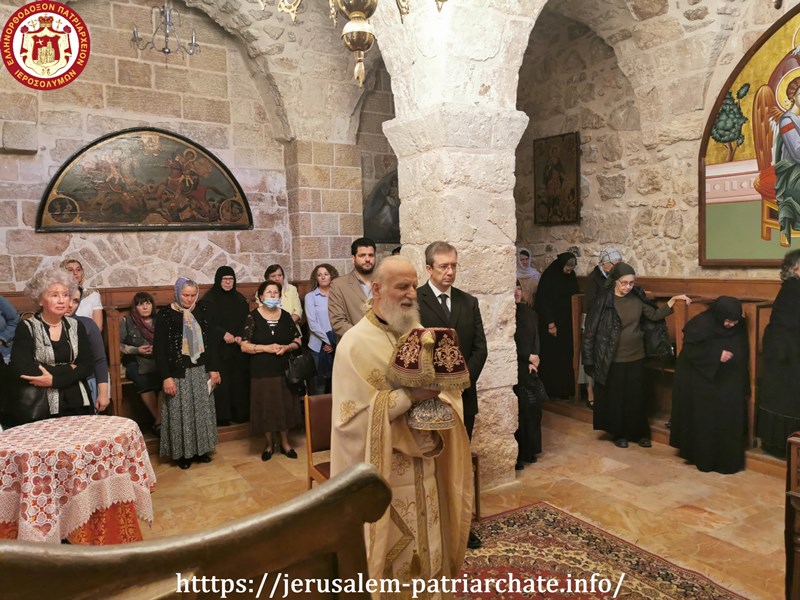 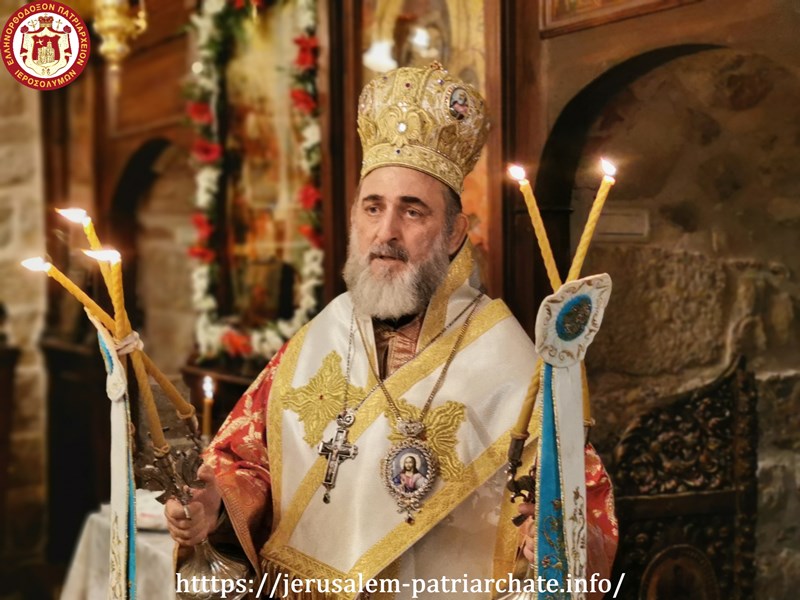 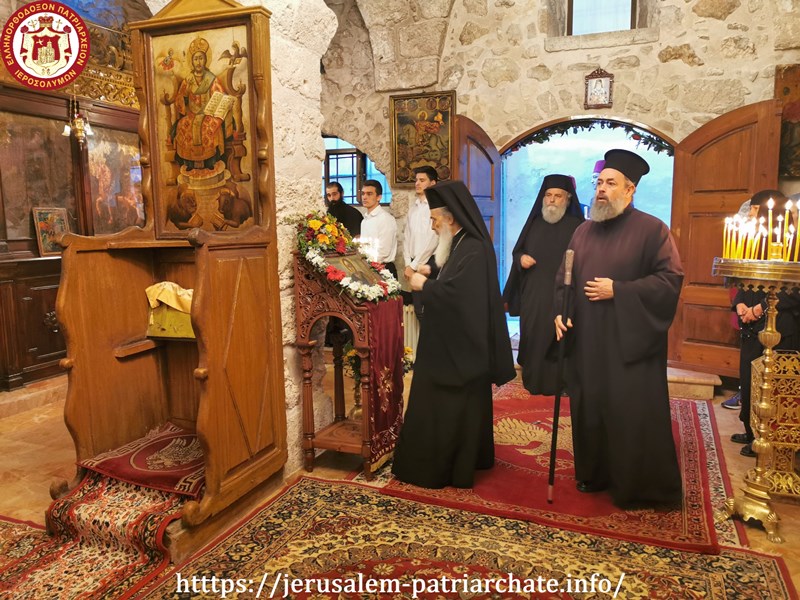 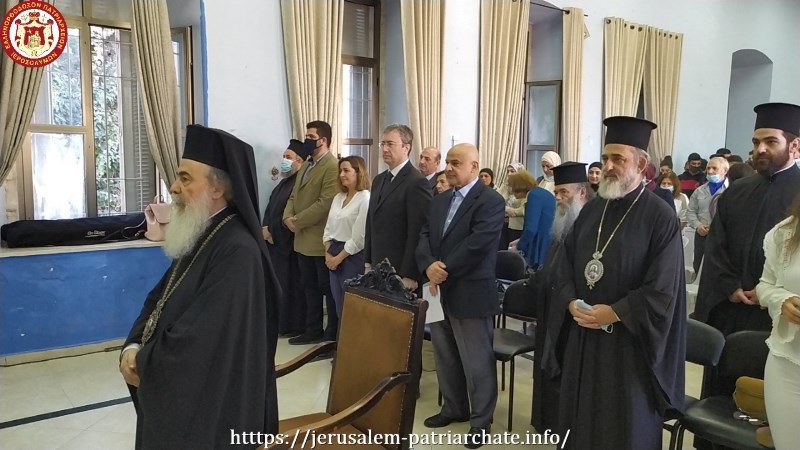 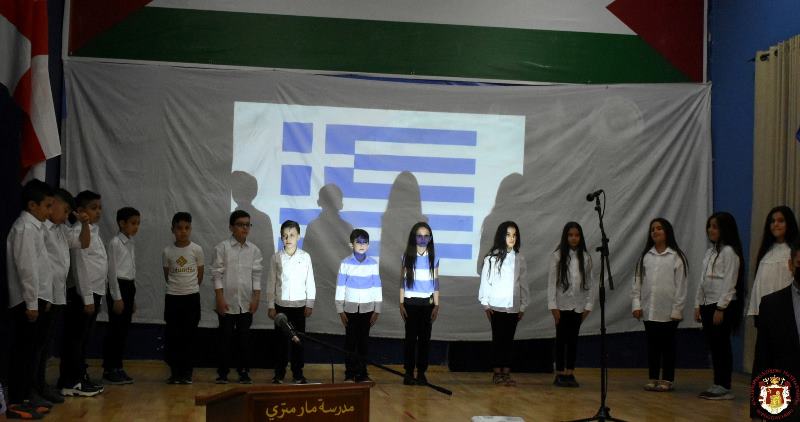 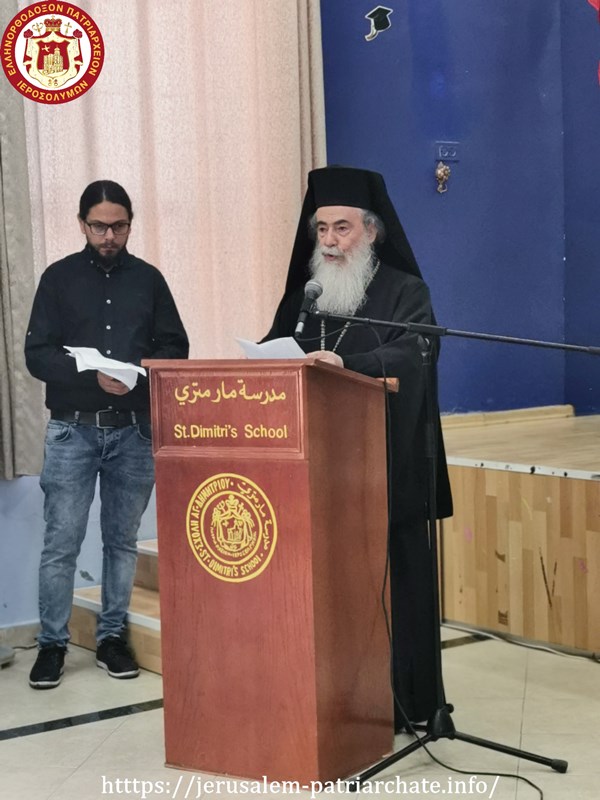 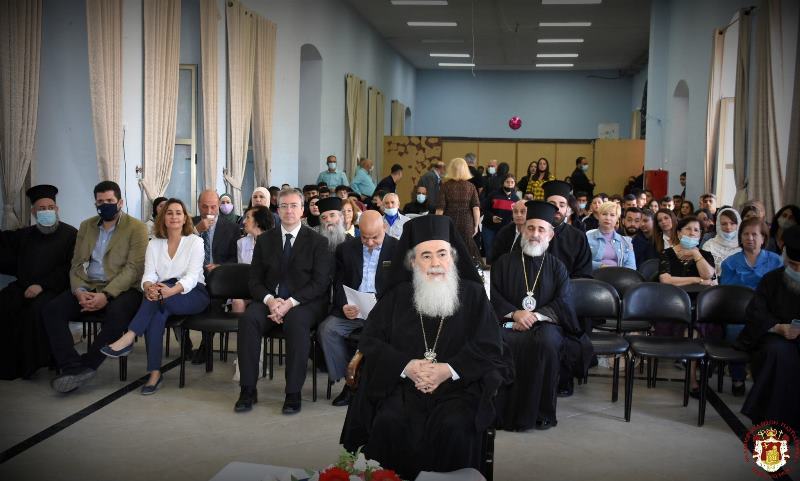